Accessibility links
Limits Urged On The Use Of Codeine To Stop Kids' Coughs And Pain : Shots - Health News Codeine can trigger rare, but life-threatening, breathing problems in kids. Food and Drug Administration advisers want to more tightly restrict the drug's use by anyone under 18. 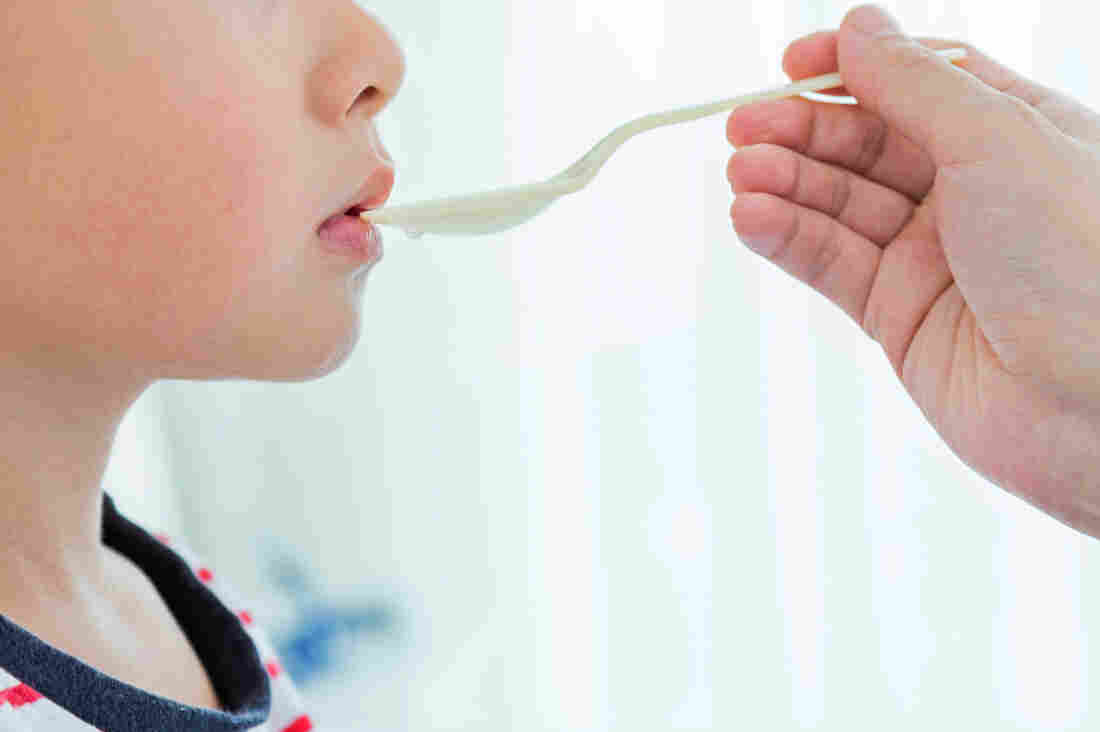 Cessation of breathing is a rare, but serious risk for some children who take cough syrup or painkillers that contain codeine, research shows. Advisers to the FDA say no one under 18 should take the drug. iStockphoto hide caption 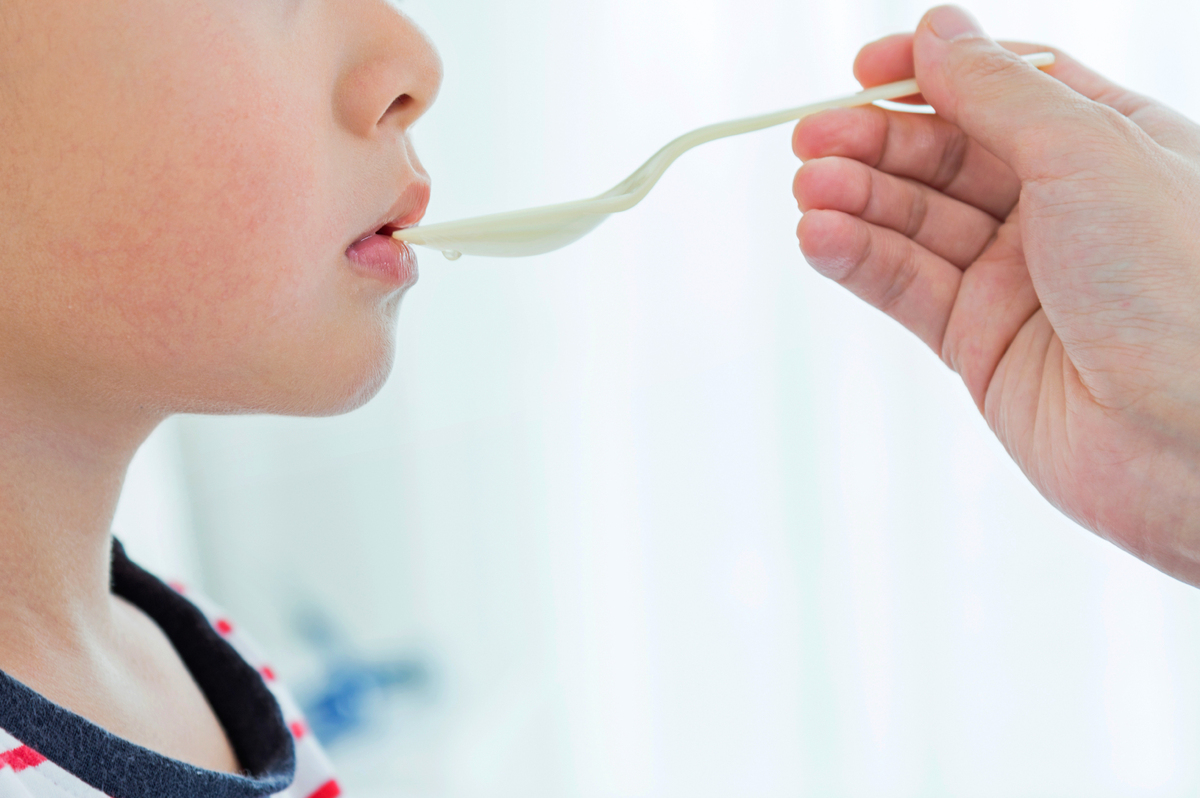 Cessation of breathing is a rare, but serious risk for some children who take cough syrup or painkillers that contain codeine, research shows. Advisers to the FDA say no one under 18 should take the drug.

Medical advisers to the Food and Drug Administration say that prescription drugs containing codeine should not be used to treat children or the majority of teens suffering from pain or a cough.

In their meeting Thursday, the advisers also voted overwhelmingly against the over-the-counter sales of codeine-containing cough syrup for children. Selling such products without a prescription is currently permitted in 28 states and the District of Columbia.

The votes to restrict codeine's use among children came at the end of a daylong joint meeting of the FDA's Pulmonary-Allergy Drugs Advisory Committee and Drug Safety and Risk Management Advisory Committee, in Silver Spring, Md. The FDA does not have to follow the recommendations of its advisory committees, but it usually does.

"My concern, were I to be prescribing codeine in children, would be that I would, frankly, kill them," said pharmacist Maria Pruchnicki, of the Ohio State University College of Pharmacy.

Although the administration of products containing codeine to children has dropped sharply over the past decade, doctors often still prescribe medicines that contain the drug, and parents can buy cough remedies that include codeine without a prescription in many parts of the country.

Codeine combined with other painkillers, such as acetaminophen, is also commonly used to alleviate kids' pain in a variety of situations, such as when they're recovering from surgery.

But the FDA has been increasingly concerned because codeine has been found to trigger life-threatening breathing problems in some children.

Such complications seem to be fairly rare, but they do occur — especially among children whose bodies are genetically predisposed to quickly convert codeine into morphine.

The FDA convened the panel of outside experts to advise the agency on what action to take, if any, in restricting the drug's use.

During the hearing, FDA scientists made presentations on dozens of frightening cases in which children stopped breathing after getting codeine, including at least two dozen deaths in the past decade.

Also, representatives from the American Academy of Pediatrics and the National Center for Health Research, an advocacy group in Washington, D.C., urged the FDA to follow the lead of regulators in Europe, Australia and Canada, who have sharply restricted the drug's use.

"The use of codeine or any other opioid cannot be recommended for the treatment of cough in children," said Dr. Constance Houck, an anesthesiologist at Boston Children's Hospital, speaking on behalf of the academy. The pediatricians' group recommended against using codeine for pain and urged the FDA to bar the sale of products containing the drug without a prescription.

The Consumer Healthcare Products Association, which represents companies that make over-the-counter codeine products, urged the FDA to base any decision "on sound scientific evidence."

The manufacturers' association reminded the agency that codeine had been deemed earlier "to be generally recognized as safe and effective" and that any decision to remove codeine from over-the-counter sales should go "through a multistep process."