Accessibility links
Kaiser Permanente's New Medical School Will Focus On Teamwork : Shots - Health News The California-based health care provider plans to enroll its first students in 2019. It's the latest of 20 U.S. medical schools opened in the past decade to boost the number of primary care doctors. 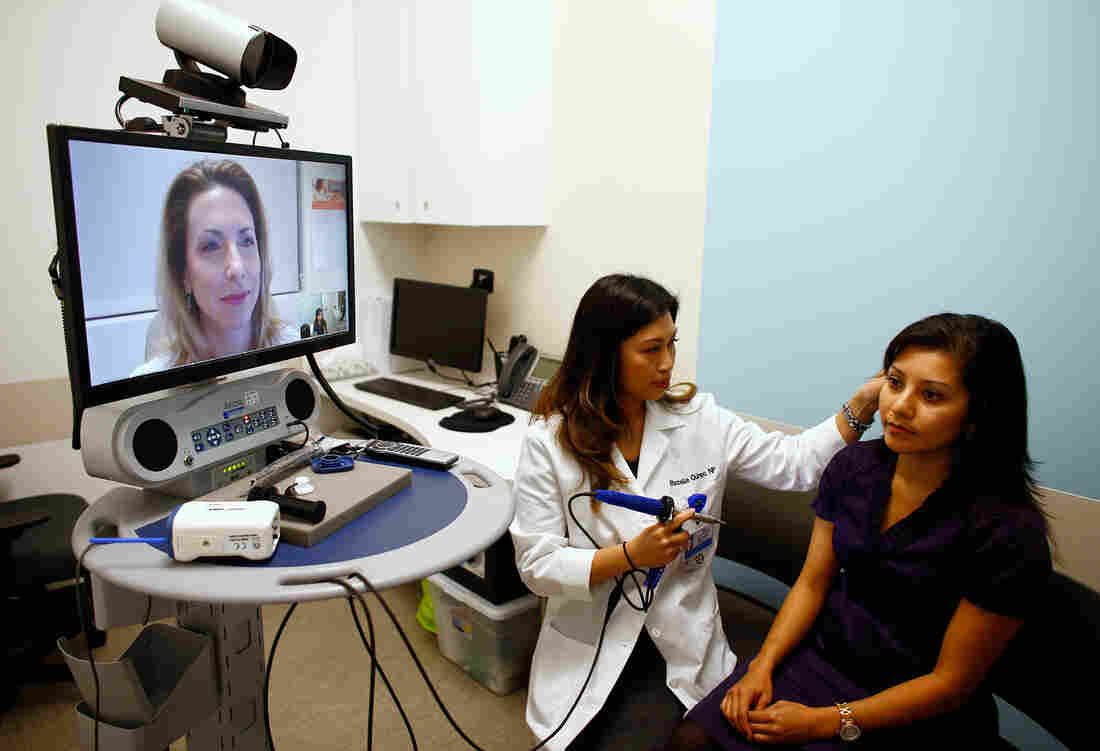 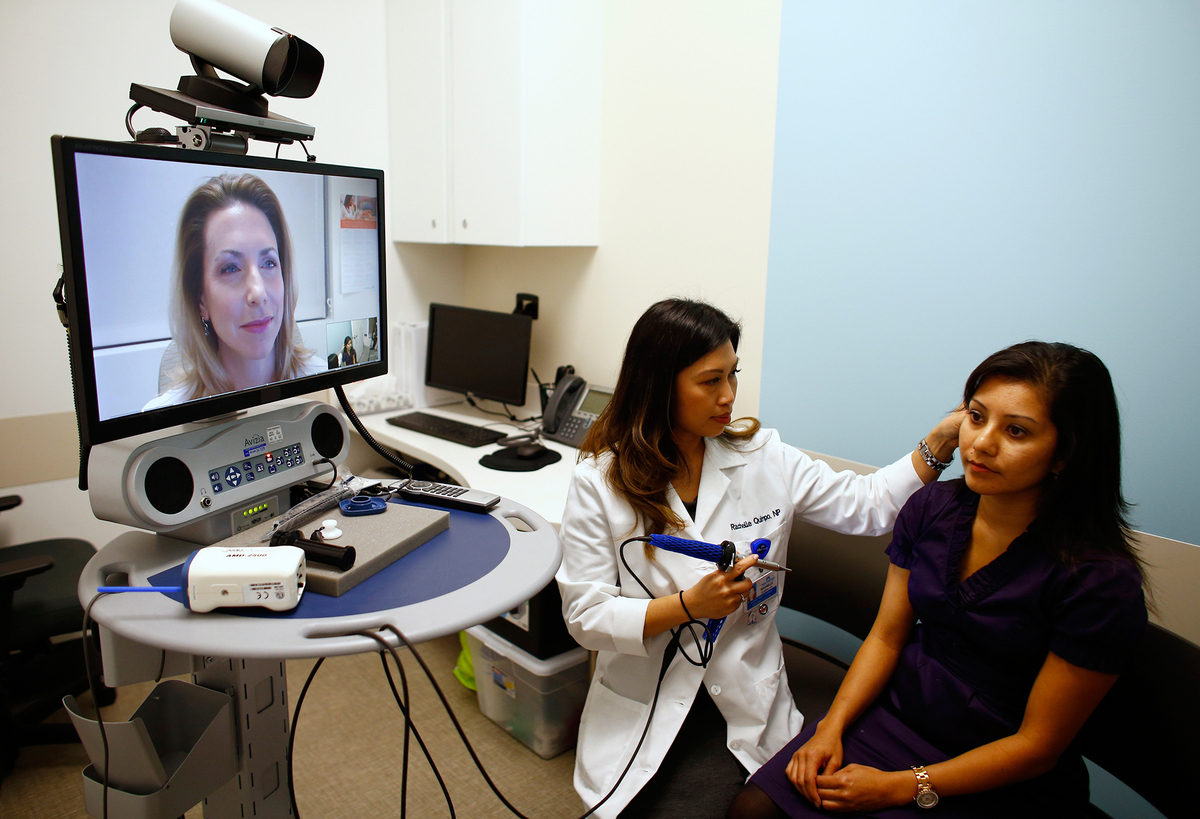 Thursday's announcement by Kaiser Permanente that it plans to open its own medical school in Southern California in 2019 has attracted a lot of attention in the health care community.

The nonprofit, national provider of managed health care says it plans to train students in its own style of integrated diagnosis and treatment — focusing on research, the use of new technologies, and teaching doctors to work as part of a collaborative caregiving team.

Kaiser is actually at the trailing edge of a medical school expansion that has been unmatched since the 1960s and 1970s, say specialists in medical education. (Kaiser Health News is not affiliated with Kaiser Permanente.) In the past decade alone, according to the Association of American Medical Colleges, 20 new medical schools have opened or been approved.

That's no coincidence. In 2006 the AAMC called for a 30 percent increase in medical school graduates by 2015 — by admitting more students and building new schools — to meet a growing demand.

"We're on track to meet that 30 percent increase in the next three or four years," says Atul Grover, AAMC's chief public policy officer. "Enrollment is already up 25 percent since 2002."

Many of the new schools focus on producing more primary care doctors — those specializing in pediatrics, family medicine, or general internal medicine. In fact, Kaiser Permanente already has a partnership with the University of California, Davis, in a fast-track training program for primary care.

But Kaiser leaders say their new school will be about more than just primary care.

"We need to prepare physicians for the way health care is delivered in the future," says Dr. Edward Ellison, executive medical director for the Southern California Permanente Medical Group. Students need to learn not just medicine, he says, but about integrated systems of care and how to work in a much different medical environment.

"Our advantage is we can start from scratch," he says.

Another advantage is the HMO's deep pockets.

"They've got huge resources," says Dr. George Thibault, president of the Josiah Macy Jr. Foundation, which focuses on medical education. "This is a grand experiment, but if anybody can do it, Kaiser can."

Kaiser Permanente is far from the first health care provider to launch its own medical school — the Mayo Clinic has had one since 1972, and is about to expand that school from the organization's home base in Minnesota to its satellite campuses in Arizona and Florida.

Thibault says Kaiser and other health-provider systems are already heavily involved in the new medical schools, often as partners with degree-granting universities, "which itself is a new trend." For example, on Long Island, the North Shore-LIJ Health System co-launched a medical school with Hofstra University in 2011.

One big question is whether all these new schools will eventually produce more students than there are medical residency positions — apprenticeship years that are necessary to complete medical training. The federal government, which funds the majority of those residencies through the Medicare program, capped the number of residencies it would pay for in the 1997 Balanced Budget Act.

Nationally, there are about 27,000 residency slots available each year, which are filled by students who have earned M.D. or D.O. degrees (doctors of osteopathic medicine) in the U.S., as well as by foreign medical school graduates and U.S. citizens who have graduated from medical schools overseas.

Between the new M.D.-granting schools and a rapid expansion of osteopathic medical schools, the demand for residency slots will soon outstrip supply, says Grover. The pool of residency positions at hospitals nationally is "growing at about 1 percent per year," he says (mostly funded by health systems themselves, since Medicare will not pay for them), "while undergraduate medical education is growing about 3 percent per year."

But Edward Salsberg of George Washington University, who has spent a career documenting health workforce trends, says any potential conflict is still a long way off.

"When you start with an excess of 7,000 slots" of residencies above the number of graduating U.S. medical students, "it takes a very long time" to consume that excess, he says. By the year 2024, he and others write in a recent issue of the New England Journal of Medicine, there will still be 4,500 more residency slots than graduates.

"So yes, U.S. medical students will have a slightly more limited range of specialties to choose from," Salsberg says, "but still plenty of room."

Some people question whether the doctor shortage that all these new schools aim to alleviate is actually real.

Grover, whose organization has led the call for more doctors, says the anticipated shortage of primary care physicians might not be as acute as originally thought. That's because the U.S. is producing dramatically more nurse practitioners and physician assistants, who also provide primary care.

That's probably a good thing, at least in supply terms, Thibault says. Because it turns out that many students graduating from the new medical schools that focus on primary care are opting to become specialists instead.

"The career choices in the new schools look remarkably similar to career choices of more traditional schools," Thibault says. All the graduating students, he explains, "are responding to the same set of signals and stimuli" about prestige, income and lifestyle.

This story was produced through a collaboration between NPR and Kaiser Health News, an editorially independent news program of the Henry J. Kaiser Family Foundation. Neither KFF nor KHN is affiliated with Kaiser Permanente.