Accessibility links
A Hearing Test You Can Take On The Phone : Shots - Health News Testing your hearing is just a phone call away. Doctors hope a cheap, simple at-home test will encourage more people to get their hearing checked, and get help if they need it. 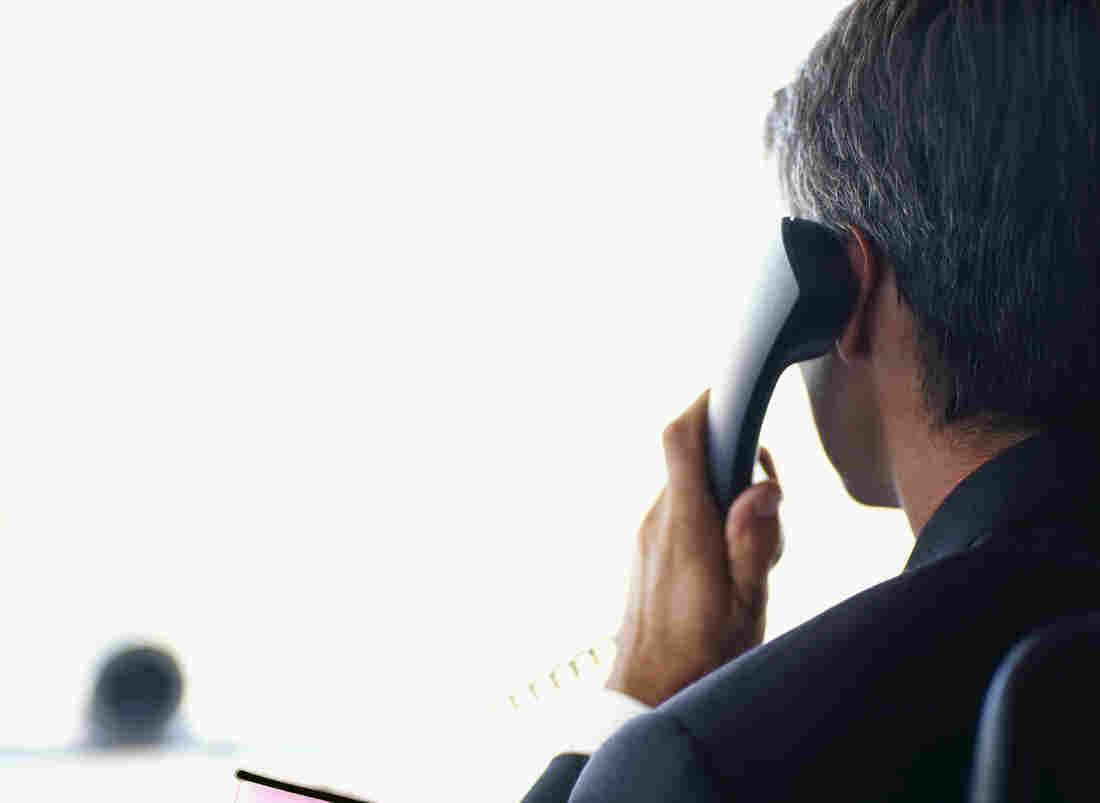 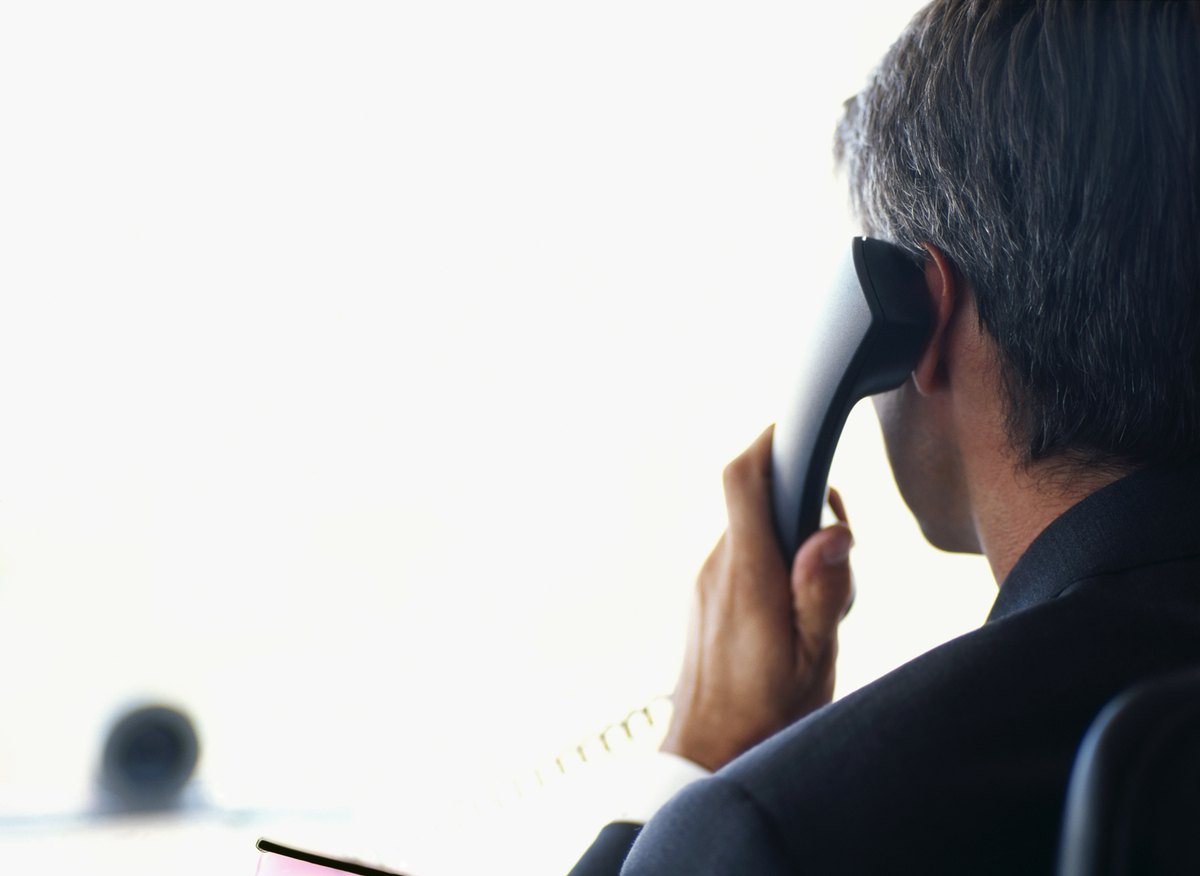 A hearing test you take on your phone provides immediate, private feedback.

Hearing loss can have a negative impact on work. It can lead to social isolation. It can even contribute to dementia. And one-third of Americans 65 and older have some level of hearing impairment. Typically they wait years to get tested.

But there's a scientifically validated hearing test that you can take over the telephone in the privacy of your home for just 5 bucks.

If you remember having a hearing test as a kid, well, this telephone test is nothing like that. The kinds of tests given by doctors and audiologists consist of a series of beeps or hums of various frequencies and volumes. These are called "pure tones." But because of the huge variability in telephone instruments, this kind of test doesn't work over the phone.

The hearing test that does work on the telephone takes a completely different approach. It's based on your ability to pick out speech from a lot of background noise.

There's a very high correlation between how you hear speech in a noisy room and your level of hearing loss as measured with pure tones in an office setting, says Dr. Charles Watson. He's the principal investigator for the National Hearing Test, the formal name of the nonprofit organization that offers the telephone screening test.

"It's a test intended to be very, very convenient," says Watson. All you have to do is log on to the website and pay a $5 fee. (For a limited time, AARP members can take the test for free.) You're then given a phone number to call and a 10-digit access code.

When you call, you'll hear numbers embedded in a lot of static. You press the telephone keypad to show which numbers you heard. At the end you're told if your hearing is in the normal range or if you have a slight or substantial impairment. You get a separate score for each ear.

Watson says the hope is that this low-hassle, low-cost test will encourage more people to get screened. Because, he says, most people with hearing loss are in denial.

"They say, 'My wife mumbles,' and 'All the restaurants have gotten too noisy these days' and 'My grandchildren don't articulate.' "

This sort of thing almost never happens if someone thinks their vision is a problem, says Watson, "because in the case of vision you have all these objective pieces of evidence around you. The New York Times' font hasn't gotten smaller. It's you."

The telephone test has been used in the Netherlands and a few other countries for several years. In the U.S., it got started in 2013, supported by a grant from the National Institutes of Health, which is also supporting Watson's follow-up research.

Preliminary results from his study show that about 80 percent of the people who've taken the test discover significant hearing loss in one or both ears. But in the year following the test, just around 20 percent of those people take the next step and see a hearing specialist.

That may be because they know what they're in for if they do, says Dr. Frank Lin, an associate professor of medicine at Johns Hopkins Medicine who is not involved with the test.

"The current cost [for a pair of hearing aids] can range anywhere from about $2,000 to $8,000," says Lin. "That means for the average American that could be their third-largest purchase in life after a house and a car." Also, hearing aids aren't covered by Medicare and are rarely covered by insurance.

But the human cost of doing nothing is also high. One of Lin's studies shows a statistical correlation between hearing loss and the risk of dementia. His research also shows that hearing impairment accelerates cognitive decline in older adults

"We're finding that individuals with a mild, a moderate and a severe hearing loss, respectively, basically had about a two-fold, a three-fold and a five-fold higher risk of developing dementia over time," Lin says.

Scientists don't know how this happens, but there are theories. One is that the brains of people with impaired hearing have to work harder to process sound, and this comes at the expense of other mental activities. Another is that hearing loss leads to social isolation and loneliness, which have also been associated with an increased risk of dementia.

So far, tens of thousands of people have taken the National Hearing Test. And while Charles Watson's research shows that most test-takers don't follow up with a specialist, they're still twice as likely to seek help as people who don't get tested at all.