Accessibility links
A 'Celtic Curse' Has Roots Stretching Back To The Bronze Age : Shots - Health News In people with hemochromatosis, iron builds up and can overload the heart and other organs. Geneticists looking at 5,000-year-old human remains say the disorder may have had evolutionary advantages.

A 'Celtic Curse' Has Roots Stretching Back To The Bronze Age

A 'Celtic Curse' Has Roots Stretching Back To The Bronze Age 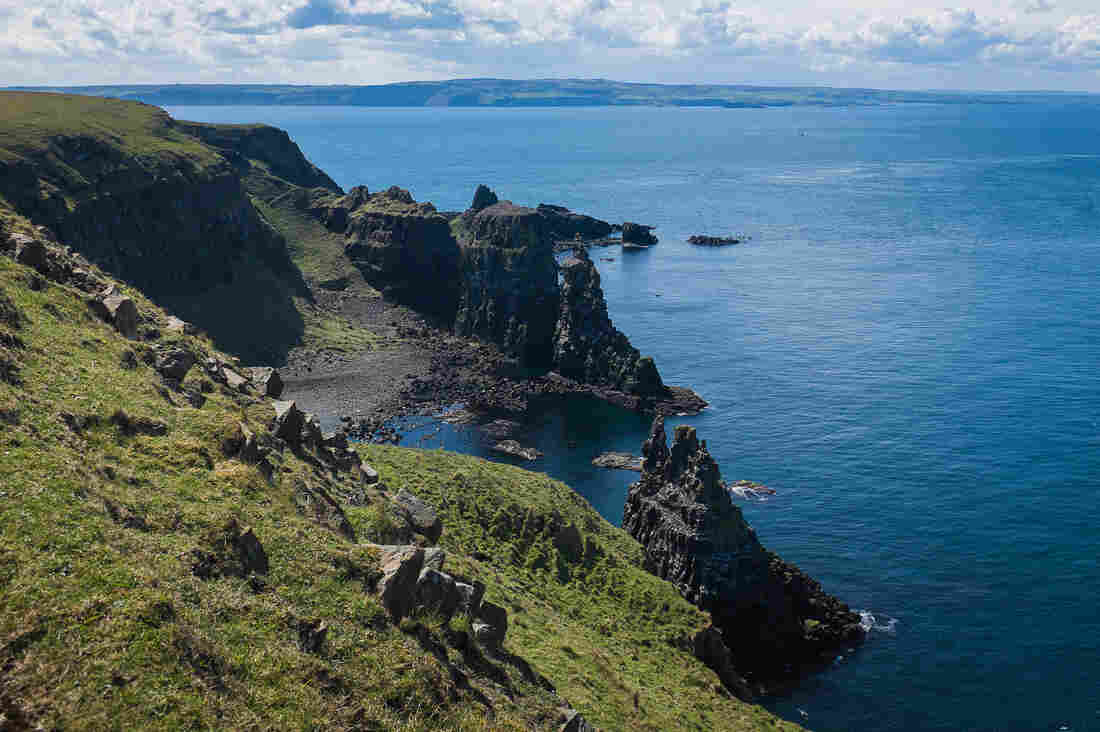 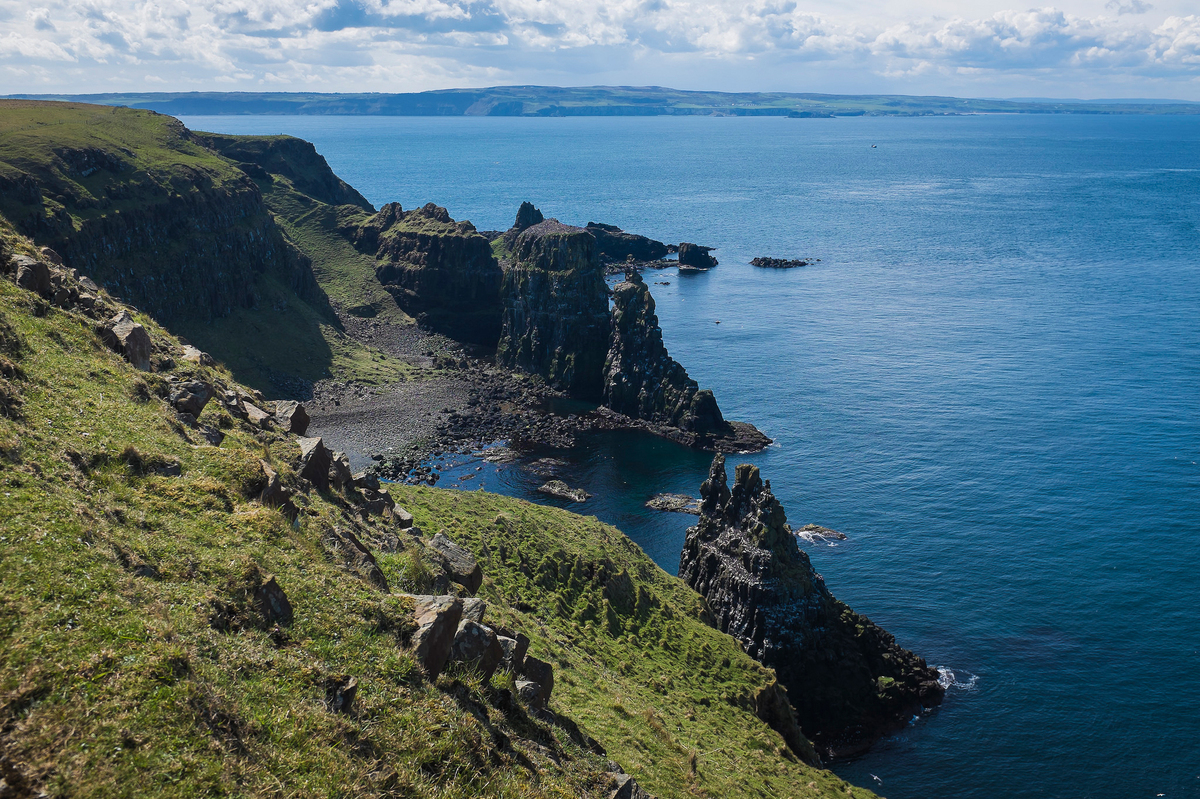 Geneticists found clues to a disease of iron storage in the remains of several Bronze Age inhabitants of what's now Rathlin Island in Northern Ireland.

An inherited disorder that stems from a problem in the way the body handles iron in the blood has been called a "Celtic Curse" because of the condition's high prevalence among people with ancestry in the British Isles and Ireland.

But according to researchers writing Monday in the journal Proceedings of the National Academy of Sciences, hemochromatosis has deeper roots on the Emerald Isle than anyone knew; even some prehistoric residents of the island carried genetic mutations that cause the condition.

The several different forms of hemochromatosis all cause people to accumulate more iron than the body needs. Symptoms can include organ damage and a bronze or gray tinge to the skin, as well as fatigue, weakness and joint pain. The Centers for Disease Control and Prevention estimates that more than a million Americans have gene mutations that can lead to this iron overload.

Though the mutations are present at birth, symptoms rarely appear before middle age, and people only develop the disease if they inherit copies of the mutated gene from both parents.

"The prevalence is growing because awareness of the disease has been growing," says Daniel Bradley, a geneticist at Trinity College Dublin and an author of the report.

He's one of a group of geneticists who teamed up with archaeologists at Queen's University Belfast to study ancient Irish genomes in the hopes of understanding more about early migration patterns and the origins of disease. 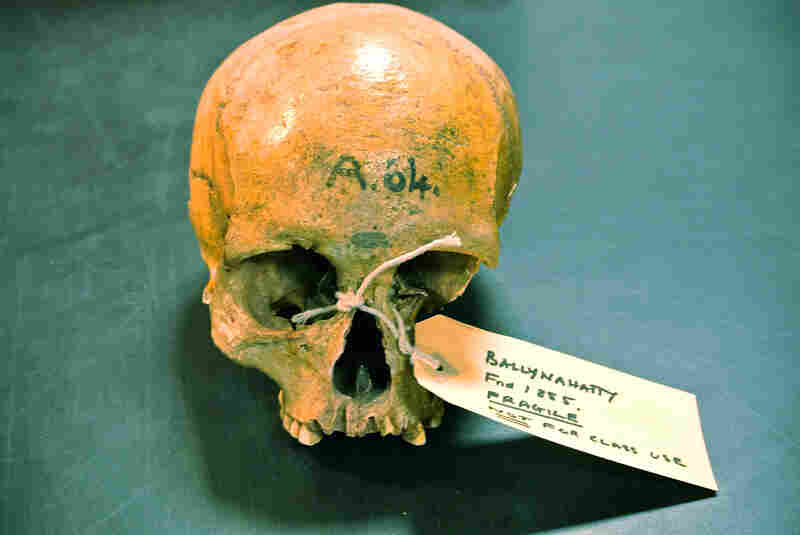 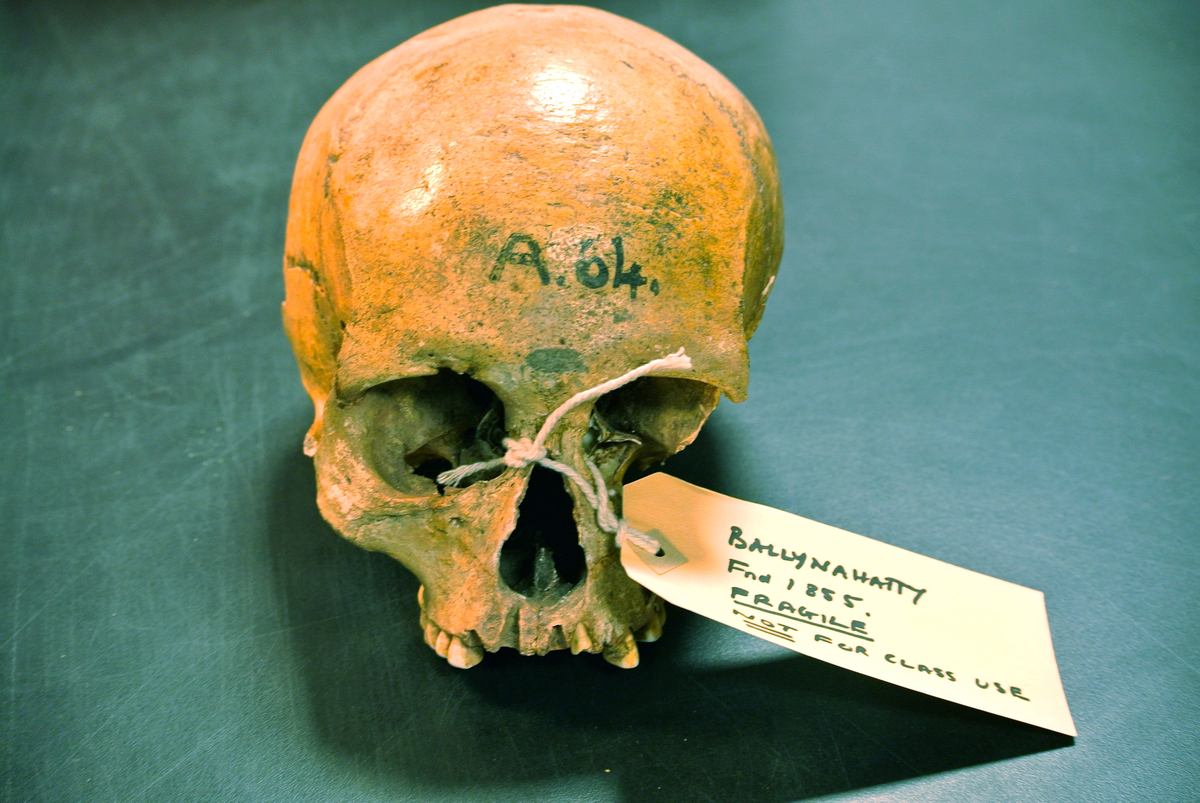 The skull of Neolithic woman excavated in 1855 in Ballynahatty, Northern Ireland.

One set of remains were those of a woman who lived 5,000 years ago near what's now Ballynahatty, Northern Ireland.

"She would have been from one of the early farming communities in Ireland," Bradley says. "They were the people who built a lot of our iconic megalithic architecture." The scientists also analyzed the remains of three men who lived about a thousand years later on Rathlin Island, off the coast of what's now Northern Ireland.

Bradley says at a certain point, there usually isn't much human left in human remains — it's mostly decayed or replaced by bacteria. But the bodies of the woman and one of the men were very well-preserved, he says — particularly a piece of each skull's temporal bone.

"It's a bone of the inner ear attached to the temple. It's the densest bone in the human body," Bradley explains. The researchers took samples from inside those bones to sequence the genome.

The woman, they discovered, had one of the gene variants responsible for hemochromatosis. The man had a different mutation — one that has been associated with a more severe form of the disorder that's most common in people of European ancestry.

"You can't draw a line around Ireland and say hemochromatosis occurs only inside it," says Bradley, but, for unknown reasons, it did seem to become more common in that region.

One theory is that it could have been an evolutionary advantage when diets were iron-poor during the Neolithic period. Another is that the mutation may have helped people shift to a diet dominated by grain instead of meat. Or it may have helped them deal better with parasites. But these are all just hypotheses, Bradley says.

What is known is that seeds of the region's relatively high rate of hemochromatosis date back about 4,000 years. So might the beginnings of a few other genetic quirks.

Today, says Bradley, "Ireland is the world capital of lactose tolerance" — most people there can digest milk into adulthood. Only some of the ancient human remains discovered on Rathlin Island had the genetic mutation that would allow them to do so. Blue eyes may have started to appear more frequently then, too, Bradley says, as well as a certain version of the Y chromosome that's prevalent among Irish men.

"By the Bronze Age, we're looking at a genome that's been more or less well-established," says Bradley.

He and his colleagues plan to continue their genetic studies of the remains, on a hunt for "other medically significant variants and to chart their prehistory," Bradley says.

He says the group hopes to analyze at least 40 ancient bodies.