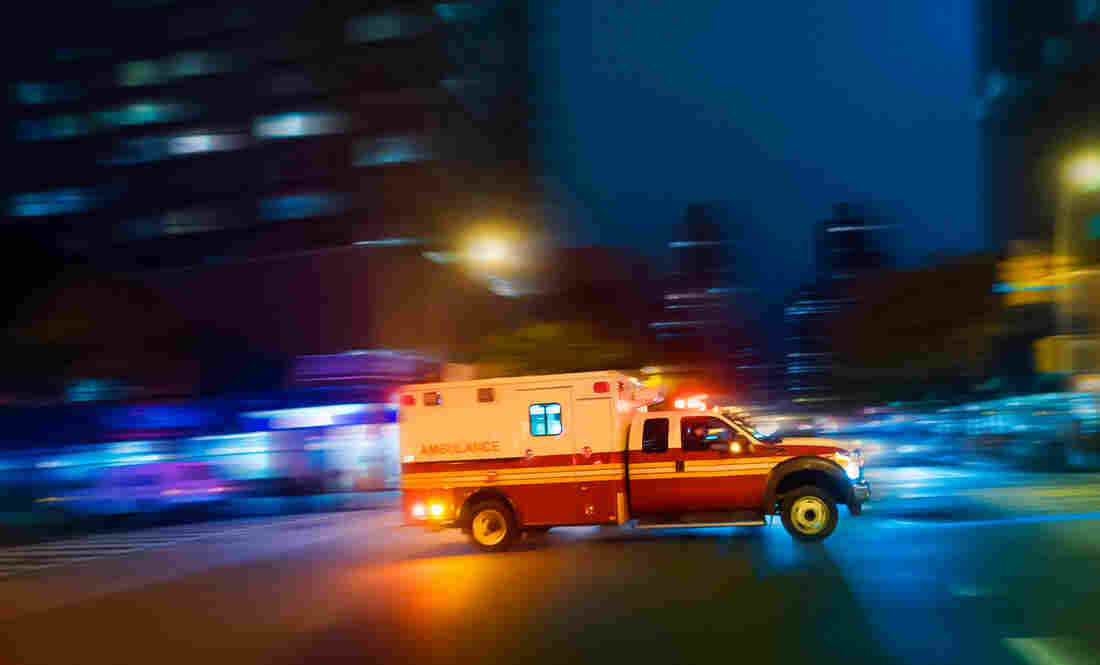 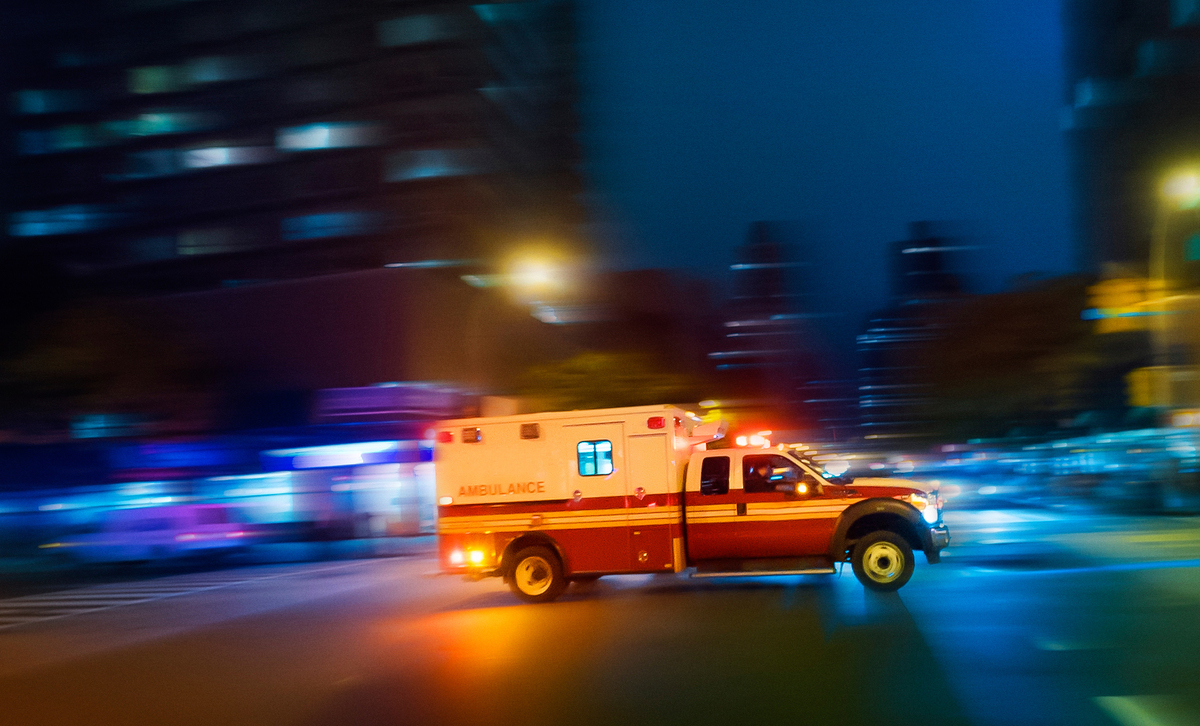 In the 10 years he spent driving an ambulance in Atlanta, former paramedic Kevin Hazzard rescued people from choking, overdoses, cardiac arrest, gunshot wounds and a host of other medical emergencies.

He frequently found himself practicing medicine in unsafe settings, either along the side of a highway as cars whipped past, or at the scene of an assault, where either the patient or the spectators might have weapons. "There are a lot of situations like that where it's just not practical to wait for it to be completely safe and you gotta just try to weigh the odds," Hazzard tells Fresh Air's Terry Gross.

In his new book, A Thousand Naked Strangers, Hazzard chronicles his experiences as a paramedic — and explains how it is that so many of his patients came to him partially clothed. 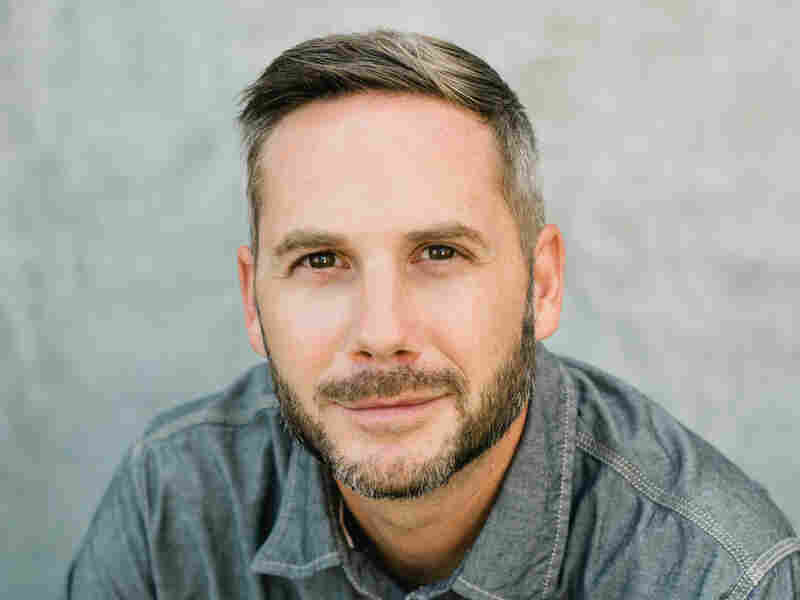 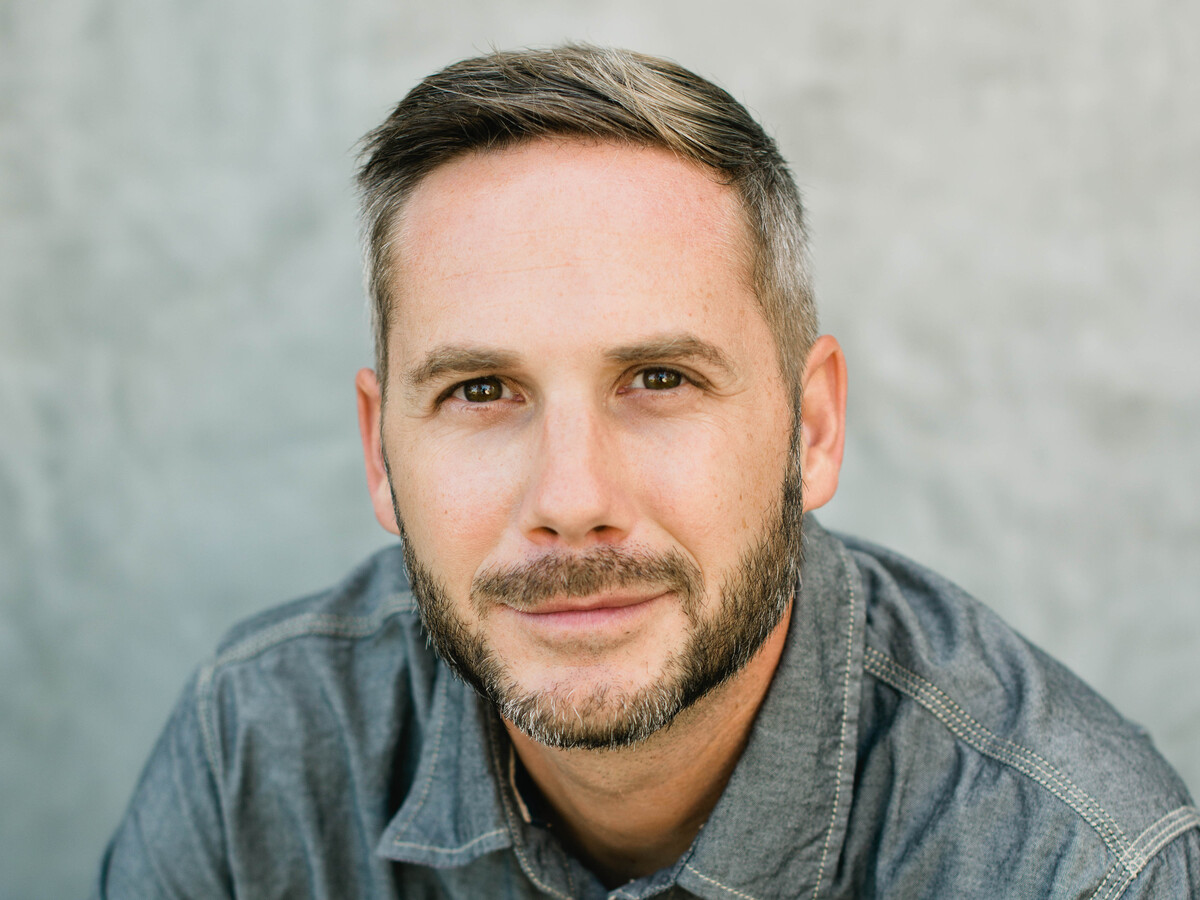 Kevin Hazzard worked as a paramedic for 10 years in Atlanta.

"There's just the huge range of people for whatever reason — whether it's mental illness or just had way too much fun last night — find themselves out in the street partially or completely naked and need to be dealt with in one way or another," Hazzard says.

But Hazzard says that even when he saved a life, his patients weren't always grateful. "Just as you're expecting a thank-you, someone says, 'Hey, when you pulled me off that balcony that I was dangling from, you ripped my shirt!' " 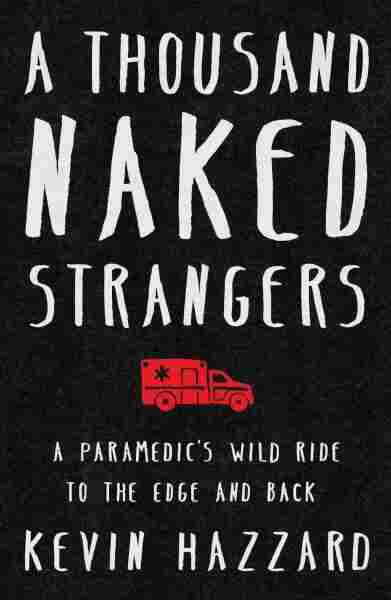 A Paramedic's Ten-year Journey to the Edge and Back

On why he always moves out of the way of ambulances

There's a presumption that when you see an ambulance or a firetruck or a cop car that the person behind [the wheel] is a professional — they've been trained and they know. I received zero training. My first job was with a private ambulance service ... taking people to and from appointments. There was no training program. There was really no hiring process. They never verified they actually had my EMT numbers. They asked. I said, "Yes." They believed me; they gave me a job. ...

So I showed up that first morning, and my partner handed me the keys. I just assumed he was going to be driving. So we go to breakfast and within a few minutes we get a call, and the next thing I know I'm racing down the street and he's like, "Turn your lights on! Flip over! Cross the double yellow line! Switch back! Blow your horn!" My friends will tell you, I'm a horrible driver, so me behind this 15,000-pound ambulance screaming down the street, cars peeling out of the way, immediately removed all [my] confidence in people coming at me with sirens. I move now, really fast.

On why respiratory calls can be the most rewarding

Respiratory calls are really, really common — which was great because there are few things that you can do outside of the hospital that take someone from near death to looking at you and saying, "Do I still need to go?" And respiratory is one of those calls. We ran so many of them on everything from infants to the elderly, it was great. Everybody thinks shooting is exciting, "Oh, man, I'm going to run to this shooting, and I'm on my way!" And it's crazy. There are cops there and police helicopters and it's madness, but there's really nothing for you to do. That's really a job for the surgeons. Whereas a respiratory call, that person is in acute distress and they are going to die, you can see it in their face, and they know it and you know it. And you just happen to have this bag full of tricks that you get to kneel on their floor and talk to them and calm them down and slowly begin to give them one medication after another. Sometimes it doesn't work, sometimes you throw the book at them and they're still just about as dead as when you found them, but oftentimes you can make a huge difference in that person's life, and it's both rewarding and exciting because you wouldn't be there if you didn't want to open your bag and start throwing medicine at people.

On treating "speedball" overdoses, in which the patient has mixed heroin and cocaine

The one that can be the trickiest is the person who has overdosed. So you arrive, and they have all the signs of a heroin overdose, and so you have Narcan, which immediately reverses some of the effects, basically the central nervous system effects of the heroin. So, the heroin, when there's too much of it, it essentially tells your brain, "Hey, there's no reason to breathe, just relax, you're good." And that's how people die. So you show up, there's a guy with needles, brown powdery substance, he's blue, and you think, "Oh, heroin overdose, this is no big deal, I've done this 10,000 times." And you give him some Narcan thinking, "Hey, I'm just going to make him breathe." Now the heroin's gone and all that cocaine is still there, and he pops up and he's like, "Hey! What did you do to my heroin?" And now you've got this very large, very angry, very confused person running around with a head full of coke, and you're usually in the backseat of a car or crammed into a tiny little bathroom, or a bathroom stall in a restaurant, and all of a sudden this person pops up, and invariably they're bigger than you and stronger than you and they're half-naked and sweaty, so you can't get a grip anyway. Those get ugly in a hurry.

If you think about it, [at] Thanksgiving you can't even get all your family members to agree on whether they want fresh or canned cranberry sauce, right? I mean, the simplest decision in the world, and you will get four brothers who will fight to the death because they all have a different opinion, and then add to that, now, that decision is what to do if mom drops on the floor. A lot of times, it kind of depends on who the first person is to arrive. Does she live with one of the sons who wants her to be revived? Does she live with one of the children who doesn't? Even if there's a DNR that has been signed, oftentimes people can't find it. So then you have to say, "OK, we don't have, technically speaking, a valid DNR, so we have no choice but to work," and the family will get angry with you and say, "No, no, no, that's not what she wanted!" But you can't prove to me that's not what she wanted, and how do I know that you don't have a sister who is on her way right now who knows that there's no DNR and who is gonna come flying through that door and wonder why we're not doing anything?

Delivering babies is a huge mess in an ambulance. Hospitals are really well-suited for it. So it was such a tricky thing, because when you got one of those calls, your first reaction would sort of be dread: "Oh, no, there's so much I'm going to have to do here, this is such a circus." Hopefully they were at least in an accessible place, not in a car on the highway, which just really complicates everything. It's one of those things that it's not good until it's all over with. Don't forget, these are people who are enduring a natural childbirth, so they aren't happy to see us. There's no joking with a woman who is way deep into a natural childbirth and is going to do it on the living room rug. She's not in the mood to smile or necessarily even be cooperative. ... All of a sudden there's this child and everybody is smiling. ... It wasn't one you always looked forward to, but it was one in the end that everybody always seemed to enjoy.

There were a couple little hints and warning signs. I ran a shooting one day, and I got too close to the person and stepped on a piece of their skull. And I didn't realize it until I got home the next morning, and it was stuck in the tread of my boot, and I thought it was a stone. And I pulled it out and it was skull fragment. I sort of laughed. My wife was horrified, and the look on her face let me know that, oh, wow, my outlook has swung in a weird direction and that's troubling.

Those things happen little by little over time, and I guess there are hints and warnings that, hey, you're being a little too cavalier about what you're doing. But the moment that it hit me ... it was a woman who she was caught in bed with her son-in-law by her daughter, and the son-in-law jumped out, and the daughter beat the mother with a bat. And we got there and she was really badly injured, and she was on the floor at our feet, and this crazy scene is happening all around us — helicopters and cops and this patient who desperately needed our help — and I remember yawning, and it was probably 2 in the morning and I yawned. It wasn't like I didn't care whether or not good things happened to this woman. I had done it so many times that there was a certain ho-hum nature about it, and there can be nothing ho-hum about trying to save someone's life. And when you begin to think, "Well, I've done this before and I'll just do it again and I'm just doing a job," that's when you make mistakes. And that was the first real indication to me that, man, I've been at this too long and I need to go ahead and get out.