Accessibility links
Itchy Eyes? Sneezing? Maybe Blame That Allergy On Neanderthals : Shots - Health News At least three genes that predispose some of us to hay fever and other allergies came from Neanderthal DNA, scientists say. The genes very likely boosted the immunity of our early ancestors. 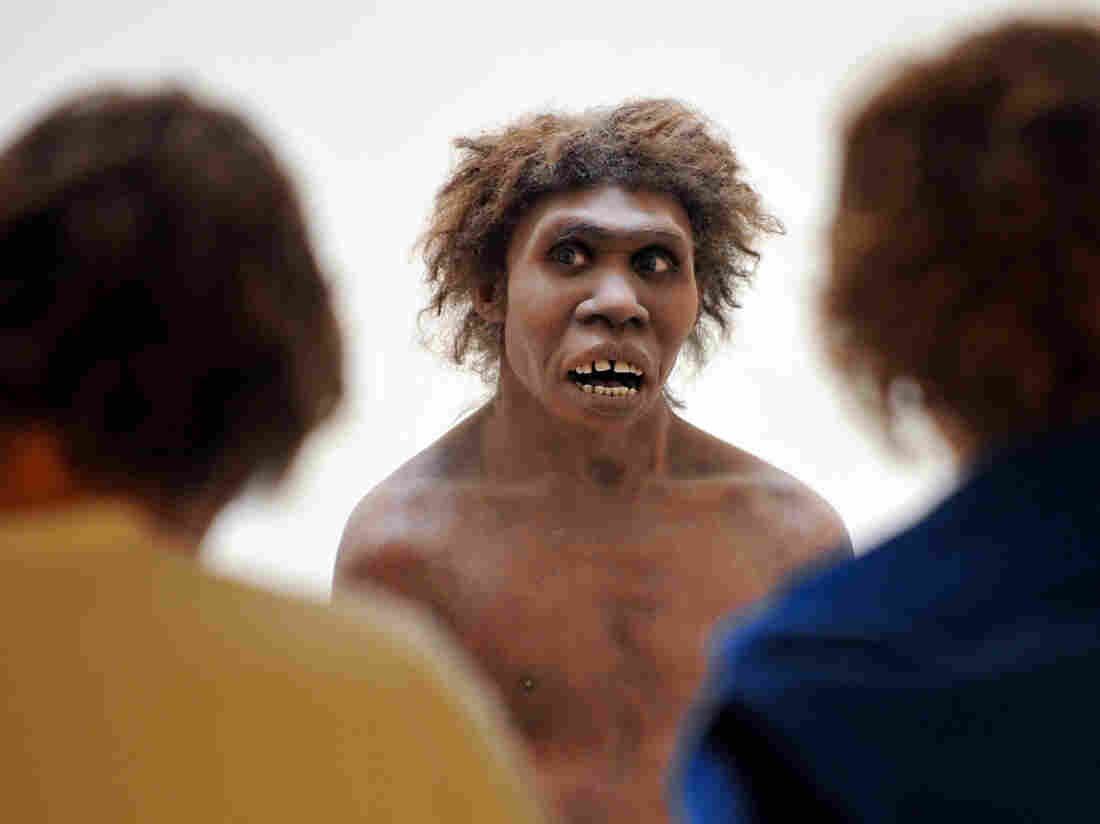 Neanderthals, represented here by a museum's reconstruction, had been living in Eurasia for 200,000 years when Homo sapiens first passed through, and the communities intermingled. The same genes that today play a role in allergies very likely fostered a quick response to local bacteria, viruses and other pathogens, scientists say. Pierre Andrieu/AFP/Getty Images hide caption 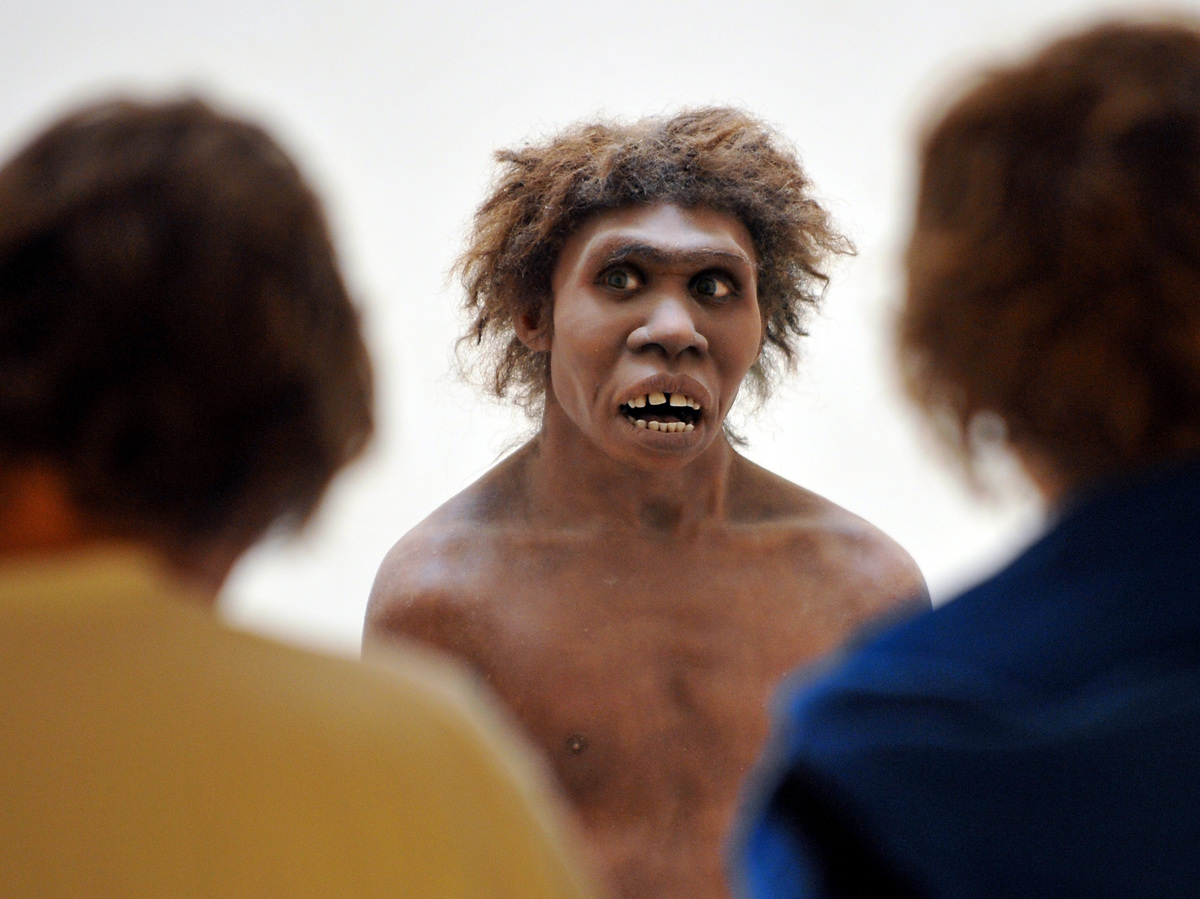 Neanderthals, represented here by a museum's reconstruction, had been living in Eurasia for 200,000 years when Homo sapiens first passed through, and the communities intermingled. The same genes that today play a role in allergies very likely fostered a quick response to local bacteria, viruses and other pathogens, scientists say.

Many people have Neanderthal genes in their DNA that predispose them to allergies, two studies published Thursday have found.

"So I suppose that some of us can blame Neanderthals for our susceptibility to common allergies, like hay fever," says Janet Kelso of the Max Planck Institute for Evolutionary Anthropology in Leipzig, Germany, who led one of the teams.

Scientists once thought of Neanderthals as brutish creatures who had little in common with modern humans. But as more evidence turned up, researchers realized Neanderthals were more sophisticated than previously thought and sometimes mated with early Homo sapiens.

"When modern humans were coming out of Africa, they met the Neanderthals who were living at that time in Europe and western Asia, interbred with them and carried with them some of the Neanderthal DNA as they migrated out into wider parts of the continent," Kelso says.

So Kelso and her colleagues and a second team from the Pasteur Institute decided to search through human DNA collected by the 1,000 Genomes Project for genes from Neanderthals and a third kind of early human — the Denisovans — that may be involved in regulating immunity.

Both teams identified three genes from these two extinct groups that play a role today in controlling a part of the human immune system known as "innate immunity."

"When the body detects that there is some foreign substance in the body, these are the guys that react immediately," Kelso says. "It kind of calls in the big guns" by mobilizing key immune system cells to attack.

They report the findings in two papers in the American Journal of Human Genetics.

These genes would have helped enable early humans to survive new diseases encountered as they traveled throughout the world, Kelso says.

"It's not surprising, right?" Kelso says. "Neanderthals were living in Europe and western Asia for 200,000 years before modern humans arrived on the scene. And that means that they'd had time to adapt to the local environment," including pathogens.

And when humans arrived and bred with the Neanderthals, it makes sense that evolutionary pressures would make it more likely that these ancestors of modern humans retained genes that allowed them to "adapt quickly and rapidly to local pathogens," Kelso says.

But there appears to be a downside for people who still carry these particular genes today. The same bits of DNA make the immune system more likely to overreact to certain stimuli such as pollen and animal hair, and increase the risk of developing other sorts of allergies.

"This is a trade-off of sorts," Kelso says. It remains unclear whether those genes also are still protecting people from pathogens, she and other scientists say.

"That's sort of the $1 million question," says Lluis Qutintana-Murci, with the Pasteur Institute in Paris, who led the second research team. "What was good in the past may or may not be good for us today."

But it is clear that Neanderthal genes do more than just affect the immune system. Previous research found Neanderthal DNA seems to influence human hair and skin, for example.

"I think this is really just the tip of the iceberg about how mating with Neanderthals influences all sorts of traits today," says Josh Akey, a professor of genome sciences at the University of Washington who studies Neanderthal and human DNA.