Accessibility links
Why Employers' Incentives For Weight Loss Fall Flat With Workers : Shots - Health News An offer of savings on health insurance failed to motivate people to lose a modest amount of weight at a Philadelphia hospital system.

Why Employers' Incentives For Weight Loss Fall Flat With Workers

Why Employers' Incentives For Weight Loss Fall Flat With Workers 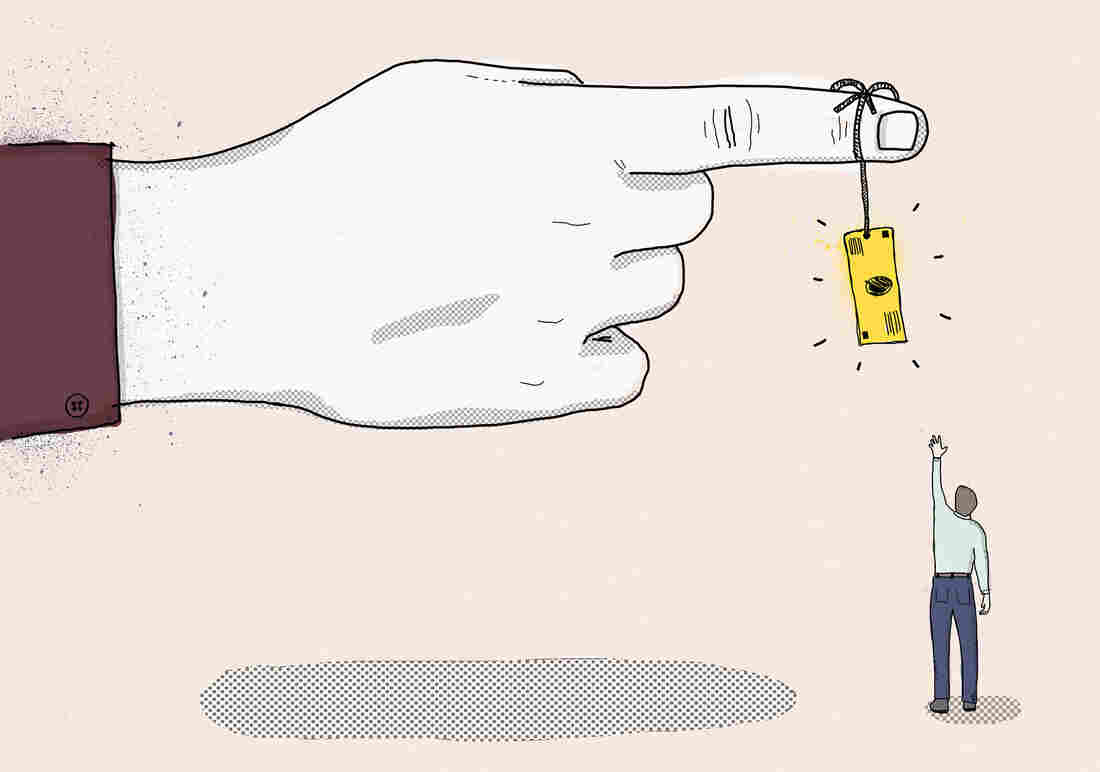 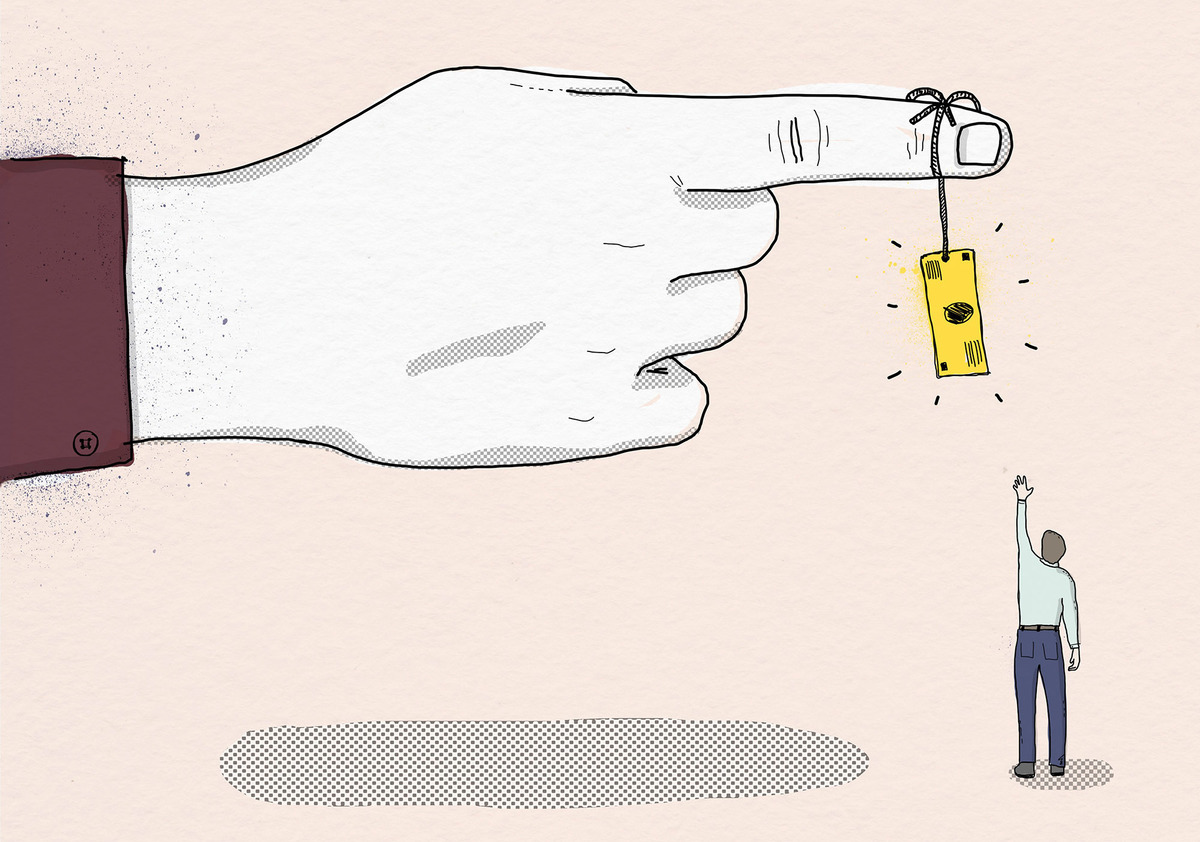 Promising workers lower health insurance premiums for losing weight did nothing to help them take off the pounds, a recent study found. At the end of a year, obese workers had lost less than 1.5 pounds on average, statistically no different than the minute average gain of a tenth of a pound for workers who weren't offered a financial incentive to lose weight.

"Our study highlights some of the weaknesses" of workplace wellness programs, said Dr. Mitesh Patel, assistant professor at the University of Pennsylvania's Perelman School of Medicine and the study's lead author.

The study, published in January's issue of the journal Health Affairs, reported the results of a yearlong randomized controlled trial to test the effectiveness of financial incentives to encourage weight loss among 197 obese employees of the University of Pennsylvania health system.

Participants were asked to lose 5 percent of their weight. Each was assigned to one of four study groups. The control group wasn't offered any financial rewards. The three other groups were offered an incentive valued at $550.

People in one group were told they would begin receiving health insurance premium discounts biweekly immediately after reaching their weight-loss goal. In another group, the people were told they would receive biweekly premium adjustments the following year if they reached their goal. Volunteers in the final group were eligible for a daily lottery payment if they met their daily weight loss goal and weighed in the previous day.

At year's end, no group had met the 5 percent weight-loss target. Participants' average weight was virtually unchanged, whether or not they had a financial incentive to lose pounds. Nineteen percent of participants did meet the 5 percent target, but they weren't concentrated in any particular group.

The study was structured to reflect typical employer workplace wellness plans. "Our study showed that the incentive is not what motivated people, at least in this design," Patel said.

Eighty-one percent of employers with 200 or more workers that offer health insurance also offered weight loss, smoking cessation or lifestyle coaching programs, according to the 2015 employer health benefits survey by the Kaiser Family Foundation and Health Research and Educational Trust. About two-thirds of large companies offered workers cash or merchandise for participating in these programs, the survey found, with 34 percent offering lower premiums or cost sharing. (Kaiser Health News is an editorially independent program of the foundation.)

This study shows that how incentive programs are designed can make a big difference in how effective they are at changing behavior, Patel said.

The incentives may have failed for a number of reasons, he said. The $550 premium discount may not have been large enough. Bundling the financial reward into the insurance premium on a paycheck rather than making a separate payment to the worker may have affected how it was perceived. Other details — such as the fact that participants weighed themselves at work rather than at home — may have been off-putting to some participants.

Patel also noted that many employer plans don't pay workers anything until they reach their goal, a situation similar to this study.

"Someone should be encouraged along the way," he said. "We've found from studies that if you want to motivate people, they need regular feedback."

Please contact Kaiser Health News to send comments or ideas for future topics for the Insuring Your Health column.