Accessibility links
Making The Most Of Military Medics' Field Experience : Shots - Health News A University of North Carolina at Chapel Hill training program for physician assistants recruits veterans and gives them credit for their experience. 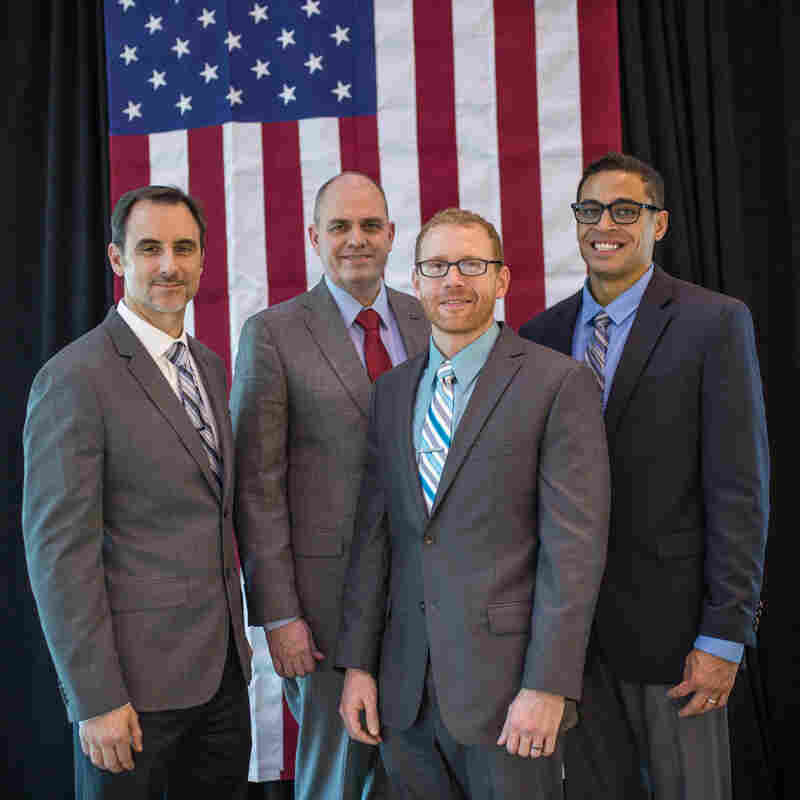 Dave Manning (left) and three other veterans who are studying to become physician assistants at the University of North Carolina in Chapel Hill. Brian Strickland / News.UNCHealthcare.org hide caption 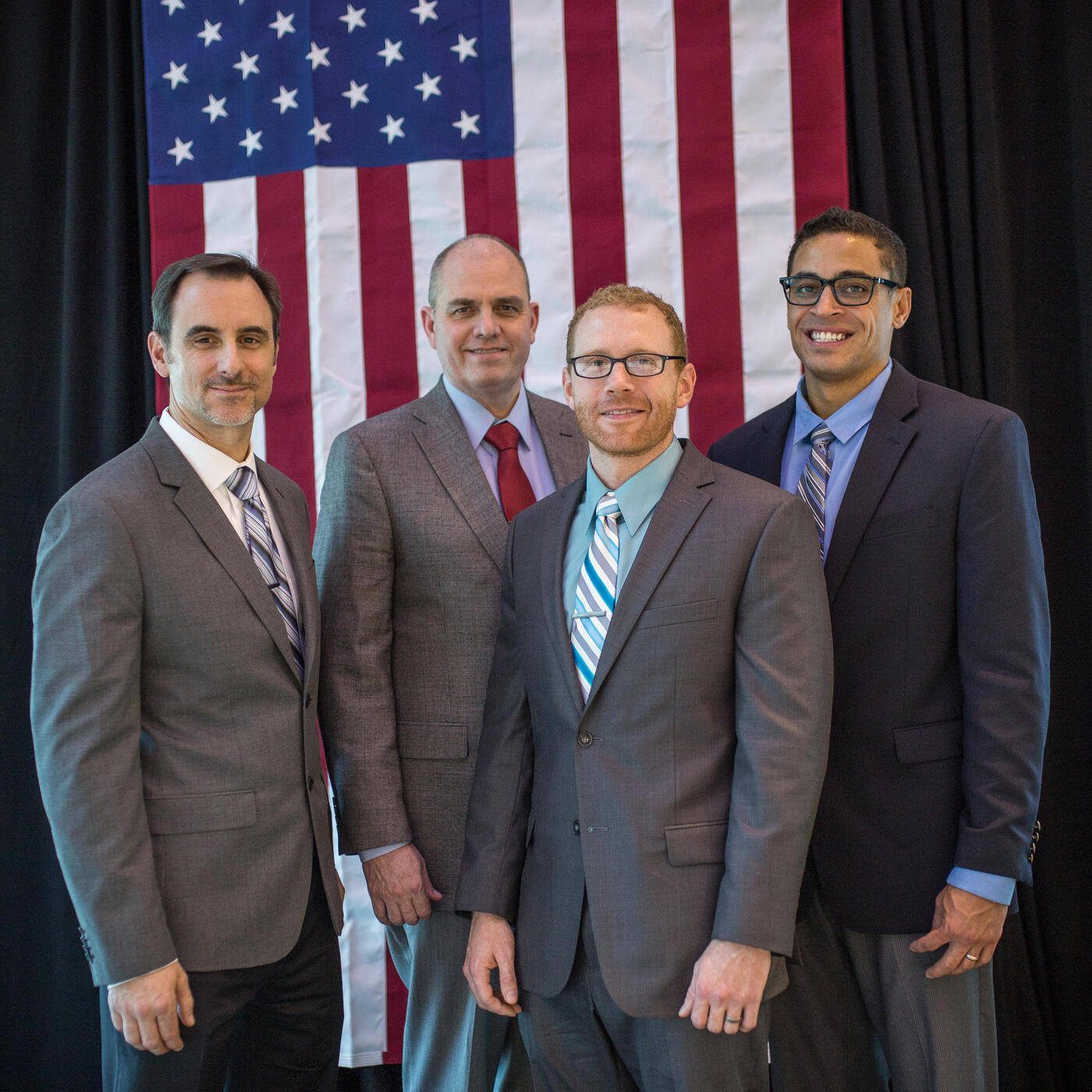 Dave Manning (left) and three other veterans who are studying to become physician assistants at the University of North Carolina in Chapel Hill.

Veteran Dave Manning provided medical support during two combat deployments in Iraq. He's also been the sole medical provider on a Navy ship with more than 100 people. And yet, after 20 years of service, he says, "Nothing I've done really translates over [into civilian jobs] beyond basic EMT."

But that is about to change. Manning is in the inaugural class of a physician assistant training program launched by the University of North Carolina at Chapel Hill that aims to recruit nontraditional students — specifically, veterans.

UNC staff worked with Army officials at Fort Bragg to figure out how to turn troops' medical experience into job skills.

"Trying to find something in the medical field without any credentials, without any licensure is tough," says Manning, who is 43 and lives in Durham, N.C. "There's nothing out there."

Manning's story is becoming more common as the U.S. winds down wars in Iraq and Afghanistan. Some in the UNC medical community and at the state's huge military bases saw highly trained talent going to waste.

But, Chelminski says, there are gaps in their ability to diagnose and manage chronic illness, which is a large part of civilian health care. UNC's program will fill in those missing pieces.

Another part of the UNC program's appeal is that it will accept some field experience as a prerequisite in lieu of other, more standard, training.

Insurance company BlueCross BlueShield of North Carolina is donating $1.2 million to help launch it and provide scholarships. BlueCross CEO Brad Wilson says the graduates will help with a growing need for care in North Carolina, as more people get insurance through the Affordable Care Act.

"The customers who are accessing the health care system through the ACA are using more services than any other groups," he says. "Many are in need of primary care, and the physician assistant plays a key role in delivering high-quality, high-value health care."

The first class, which started in January, will graduate in two years. Nine of the 20 students are veterans, but the program is open to students of all backgrounds.

Chelminski says the first class comes in with an extraordinary amount of clinical experience compared with the national average. It'll also be a few years older, with an average age of 33.

Dave Manning explains why becoming a physician assistant feels right for him. "As I was coming out of the military in my early 40s, I didn't want to spend a decade training and being in school," he says. "I just wanted to get in and get out, and physician assistant is perfect for that."

This story is part of a reporting partnership with NPR, WFAE and Kaiser Health News.