Accessibility links
Women With A Doula Are Less Likely To Have Preterm Birth : Shots - Health News Doulas provide emotional support for a woman through pregnancy and childbirth. A study finds that women with doulas are less likely to have cesarean or preterm births. 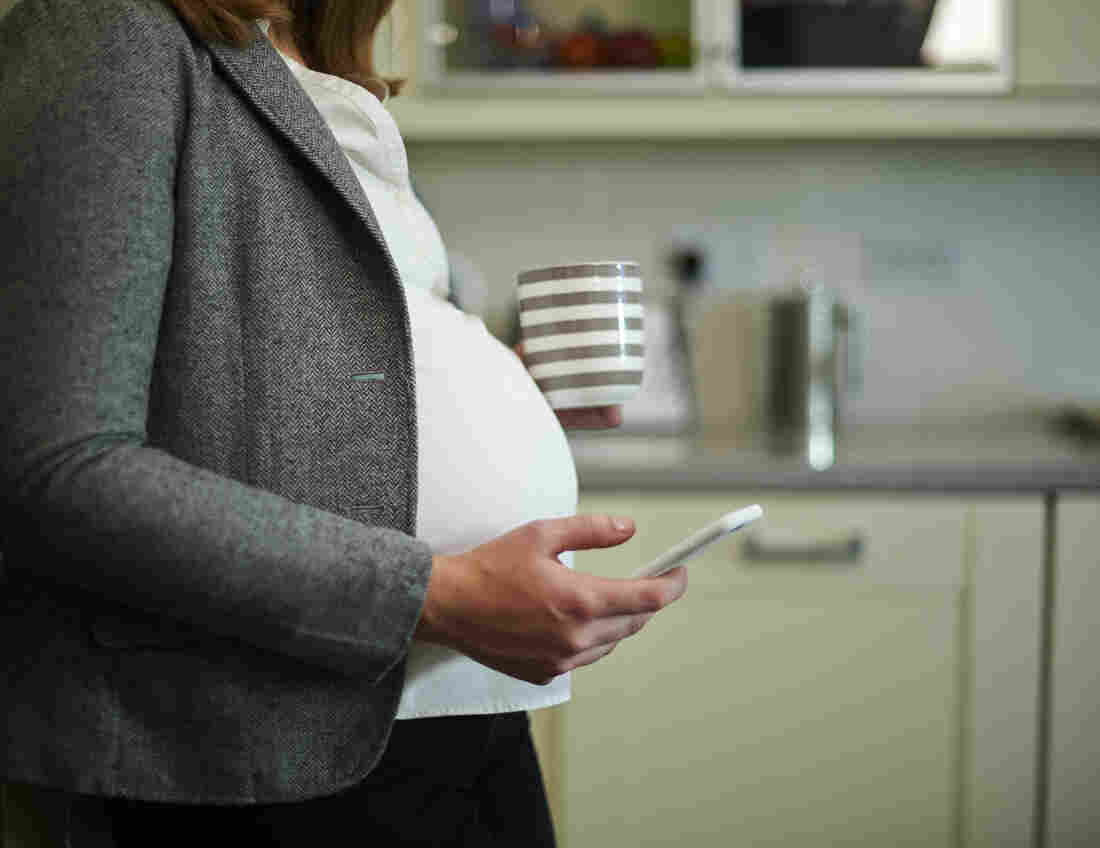 A doula is trained to provide advice and support for women through pregnancy and childbirth. Mike Harrington/Getty Images hide caption

Childbirth historically involved a support system of women who assisted a woman from her pregnancy through the birth and in the immediate postpartum period afterward.

Today, obstetricians and midwives provide prenatal care and help a woman deliver her baby. Doulas continue to fulfill the historical role of emotionally supporting a pregnant woman through labor and childbirth, helping her advocate for herself and communicate with her caregivers.

A study published online Thursday by the journal Birth suggests that offering women the support of a certified doula could save Medicaid and perhaps private insurers real money — nearly $1,000 a birth — by reducing cesarean and preterm births.

Previous research has shown lower rates of cesarean births, more satisfaction from mothers and better newborn Apgar scores — a measure of a baby's condition at birth — among mothers who use doula care. In fact, the American Congress of Obstetricians and Gynecologists says in guidelines for safe prevention of cesarean births that doula care is "probably underutilized."

This is the first study, however, to show a reduction in preterm births and a net savings for public insurance. Cesarean births — about a third of all U.S. births — cost about twice as much as vaginal births, and the 1 in 10 U.S. infants born preterm (before 37 weeks) incur medical costs 10 times greater than those of full-term infants.

"What is coming together now is a research consensus and a professional consensus of the benefits of doula care," said lead author Katy Kozhimannil, an associate professor in the University of Minnesota School of Public Health. "The barriers to access are financial, cultural and geographic. The financial barrier ought to be the first to fall."

Her analysis compared 1,935 women in Minnesota who accepted state doula services covered by Medicaid with 67,147 Medicaid-covered women throughout the northern and midwestern U.S. who didn't get help from doulas.The doulas visited with the mothers four times leading up to the birth, provided support during labor and delivery and made two postpartum visits to the women.

How doulas decrease the odds of a cesarean birth isn't entirely clear. One way might be by reducing cesareans recommended out of convenience, such as during a more slowly progressing labor.

"One of the questions doulas are trained to help women remember to ask is, 'Is this an emergency or do I have time to think about it?' " Kozhimannil said. "If it's an emergency, it's outside the doula's scope of work. If it's not, that's an opportunity for the doula to help the woman come to a decision with her clinician."

However, there is a potential risk if inadequately trained doulas practice outside their scope of care, says Aaron Caughey, chair of the Department of Obstetrics & Gynecology at Oregon Health & Science University in Portland.

"I can't think of a lot of negatives fundamentally in the routine use of doulas," he said. "But in my clinical experience, the one possible negative is that a lot of the time the individuals who use doulas have a certain mindset about birth, and the doula can sometimes serve to block the clinician from practicing in the way the clinician might wish."

For example, a doula might discourage a woman from agreeing to a rupture of membranes recommended by a clinician even if breaking her waters is medically indicated, he said. If physicians, midwives and doulas work together from the start, disputes over care are less likely.

Why doula care might affect preterm birth is also uncertain but might partly result from a reduction in stress because of the support of a doula during prenatal care, Caughey said.

Kozhimannil's team analyzed preterm births and cesarean births separately, but another analysis that combined them revealed no reduction in cesareans among preterm births. She said that's a good thing because it means the reduction occurs among healthy deliveries and not the complicated ones more likely to need a C-section.

Although the researchers adjusted the analysis for mothers' age and race/ethnicity and having high blood pressure or diabetes during pregnancy, the groups may still have been too different for adequate comparison, wrote Adam Powell, a health economist and president of Payer+Provider Syndicate, in an email.

He pointed out that the larger control group may have included some doula-assisted births, albeit a small number, but that the better health of the women in the doula group may not have been fully accounted for in the statistical adjustments.

The study's findings would be stronger if the women had been randomized through a lottery to receive doula support or not, Powell said.

Even so, insurers can look through their own claims for answers. "Medicaid programs and health care companies generally have the data to conduct these analyses with their own data," Kozhimannil said. "There is no reason they shouldn't consider adding doula care or at least exploring that option."

She pointed out the importance of this study's findings in terms of the racial disparities in poor birth outcomes in the U.S.