Debate Sharpens Over Single-Payer Health Care, But What Is It Exactly?

Debate Sharpens Over Single-Payer Health Care, But What Is It Exactly? 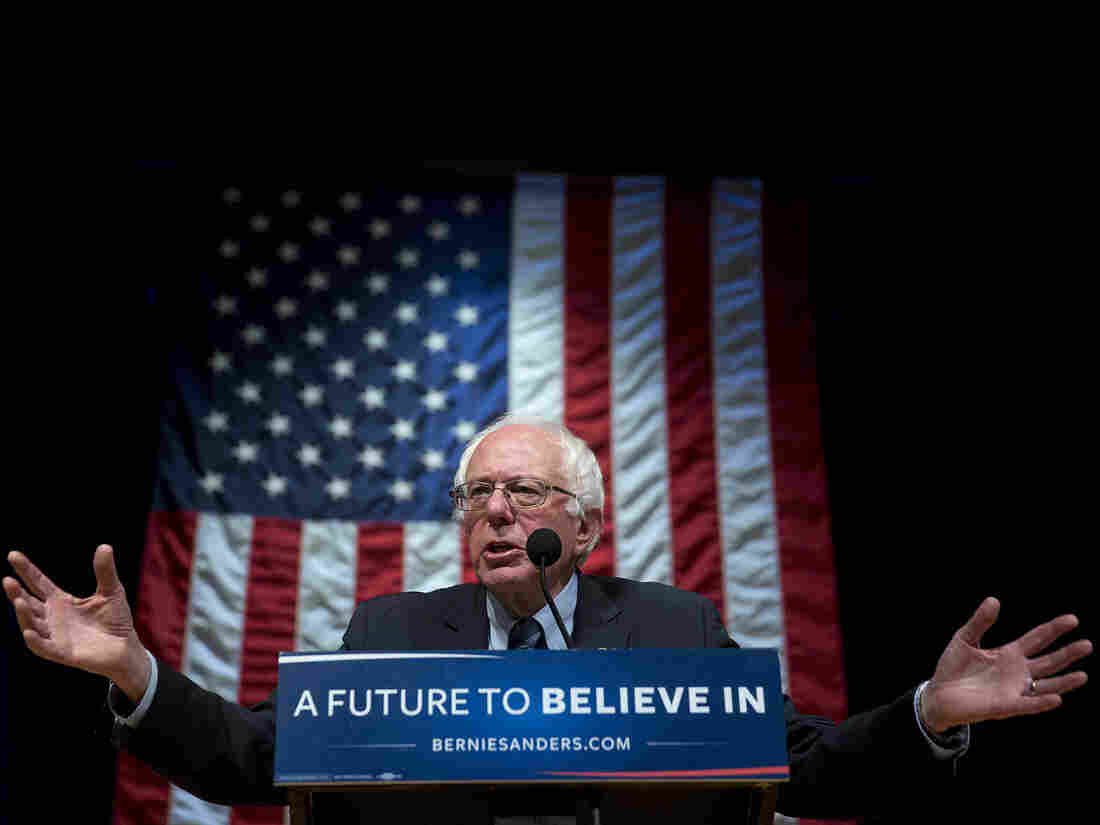 Sen. Bernie Sanders, the independent from Vermont, has made a particular form of health care finance part of his campaign pitch. Andrew Harrer/Bloomberg via Getty Images hide caption 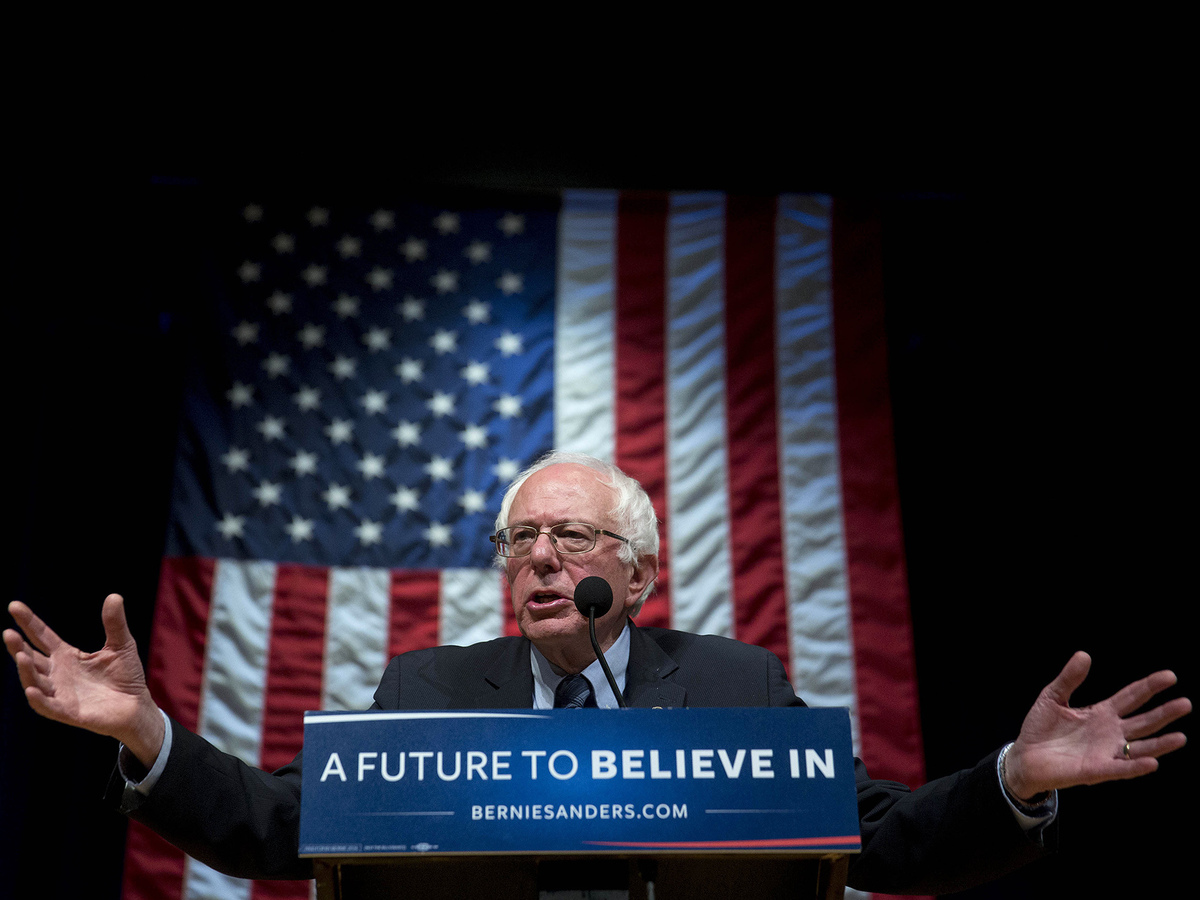 Sen. Bernie Sanders, the independent from Vermont, has made a particular form of health care finance part of his campaign pitch.

Health care has emerged as one of the flash points in the Democratic presidential race.

Vermont Sen. Bernie Sanders has been a longtime supporter of a concept he calls "Medicare for All," a health system that falls under the heading of single- payer health care.

Sanders released more details about his proposal shortly before the Democratic debate in South Carolina on Sunday. "What a Medicare for All program does is finally provide in this country health care for every man, woman and child as a right," he said in Charleston.

Sanders' main rival for the nomination, former Secretary of State Hillary Clinton, has criticized the plan for raising taxes on the middle class and says it is politically unattainable. "I don't want to see us start over again with a contentious debate" about health care, she said Sunday.

Some of the details of Sanders' plan are still to be released. But his proposal has renewed questions about what a single-payer health care system is and how it works. Here are some quick answers.

What Is A Single Payer?

A single payer refers to a system in which one entity (usually the government) pays all the medical bills for a specific population. And usually (though, again, not always) that entity sets the prices for medical procedures.

A single-payer system is not the same thing as socialized medicine. In a truly socialized medicine system, the government not only pays the bills but also owns the health care facilities and employs the professionals who work there.

The Veterans Health Administration is an example of a socialized health system run by the government. The VA owns the hospitals and clinics and pays the doctors, nurses and other health providers.

Medicare, on the other hand, is a single-payer system in which the federal government pays the bills for those who qualify, but hospitals and other providers remain private.

Which Countries Have Single-Payer Health Systems?

There are fewer than many people might think. Most European countries either never had or no longer have single-payer systems. "Most are basically what we call social insurance systems," says Gerard Anderson, a professor at Johns Hopkins Bloomberg School of Public Health who has studied international health systems. Social insurance programs ensure that almost everyone is covered. They are taxpayer-funded but aren't necessarily run by the government.

Germany, for example, has 135 "sickness funds," which are essentially private, nonprofit insurance plans that negotiate prices with health care providers. "So you have 135 funds to choose from," said Anderson.

Nearby, Switzerland and the Netherlands require their residents to have private insurance (just like the Affordable Care Act does), with subsidies to help those who cannot otherwise afford coverage.

And while conservatives in the United States often use Great Britain's National Health Service as the poster child for a socialized system, there are many private insurance options available to residents there, too.

As far as countries that have true single-payer systems, Anderson lists only two: Canada and Taiwan.

Are Single-Payer Plans Less Expensive Than Other Health Coverage Systems?

Not necessarily. True, eliminating the profits and duplicative administrative costs associated with hundreds of different private insurance plans would reduce spending, perhaps as much as 10 percent of the nation's $3 trillion annual health care bill, says Anderson. But, he notes, once those savings are achieved, there wouldn't be further reductions afterward.

More important, as many analysts have noted, is how much health services cost and how those prices are determined. In most other developed countries, even those with private insurance, writes Princeton health economist Uwe Reinhardt, prices "either are set by government or negotiated between associations of insurers and providers of care on a regional, state or national basis." By contrast, in the U.S., "the payment side of the health care market in the private sector is fragmented, weakening the bargaining power of individual insurers."

Would Medicare For All Be Just Like The Existing Medicare Program?

No, at least not as Sanders envisions it. Medicare is not nearly as generous as many people think. Between premiums (for doctor and drug coverage), cost-sharing (deductibles and coinsurance), and items Medicare does not cover at all (most dental, hearing and eye care), the average Medicare beneficiary still devotes an estimated 14 percent of all household spending to health care.

Sanders' plan would be far more generous, including dental, vision, hearing, mental health and long-term care, all without copays or deductibles (which has given rise to a lively debate about how to pay for it and whether middle-class families will save money or pay more).

Probably not. Private insurers are fully integrated into Medicare, handling most of the claims processing and providing supplemental coverage through "Medigap" plans. In addition, nearly a third of Medicare beneficiaries are enrolled in private managed care plans as part of the Medicare Advantage program.

Creating an entirely new federal claims processing structure would in all likelihood be more expensive than continuing to contract with private insurance companies. However, Sanders makes it clear that insurers in the future would no longer be the risk-bearing entities they are today, but more like regulated utilities.

Kaiser Health News is an editorially independent news service that is part of the nonpartisan Henry J. Kaiser Family Foundation. Julie Rovner is on Twitter: @jrovner.