Accessibility links
Journal Editors To Researchers: Show Everyone Your Clinical Data : Shots - Health News The world's leading medical journals have a proposal that could transform medical science: Researchers would have to publicly share their clinical data to get their studies published. 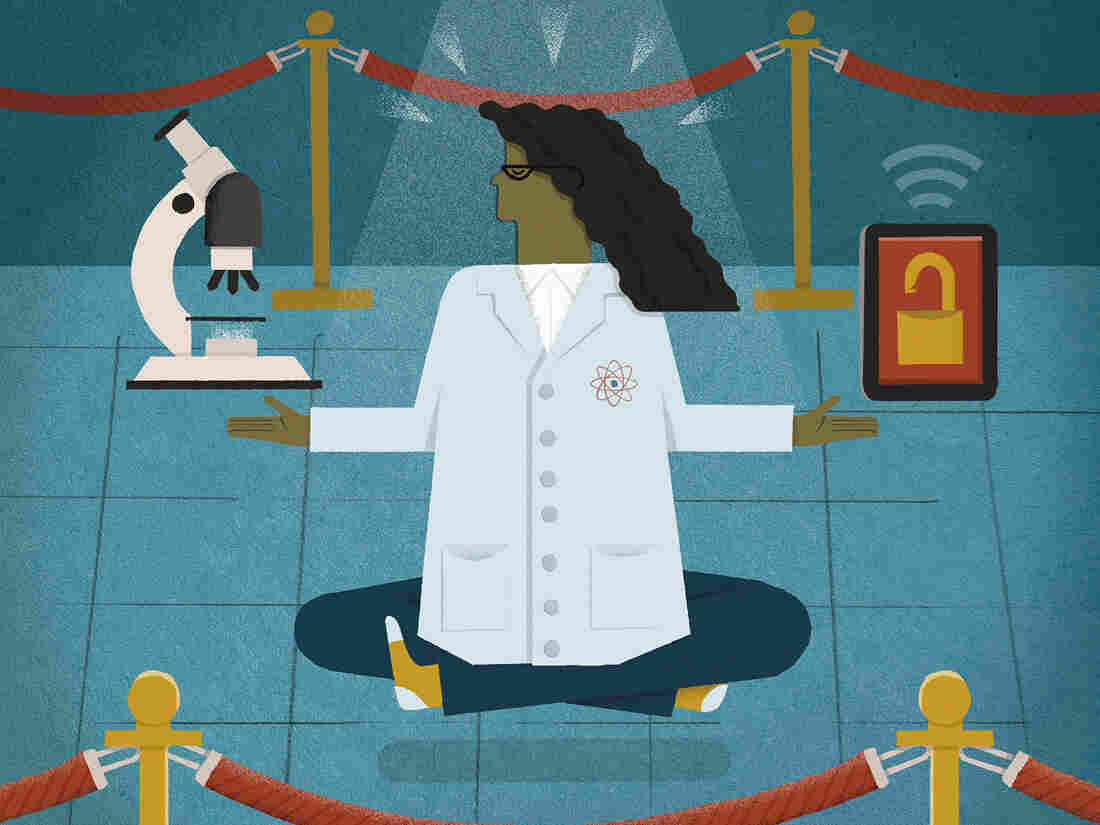 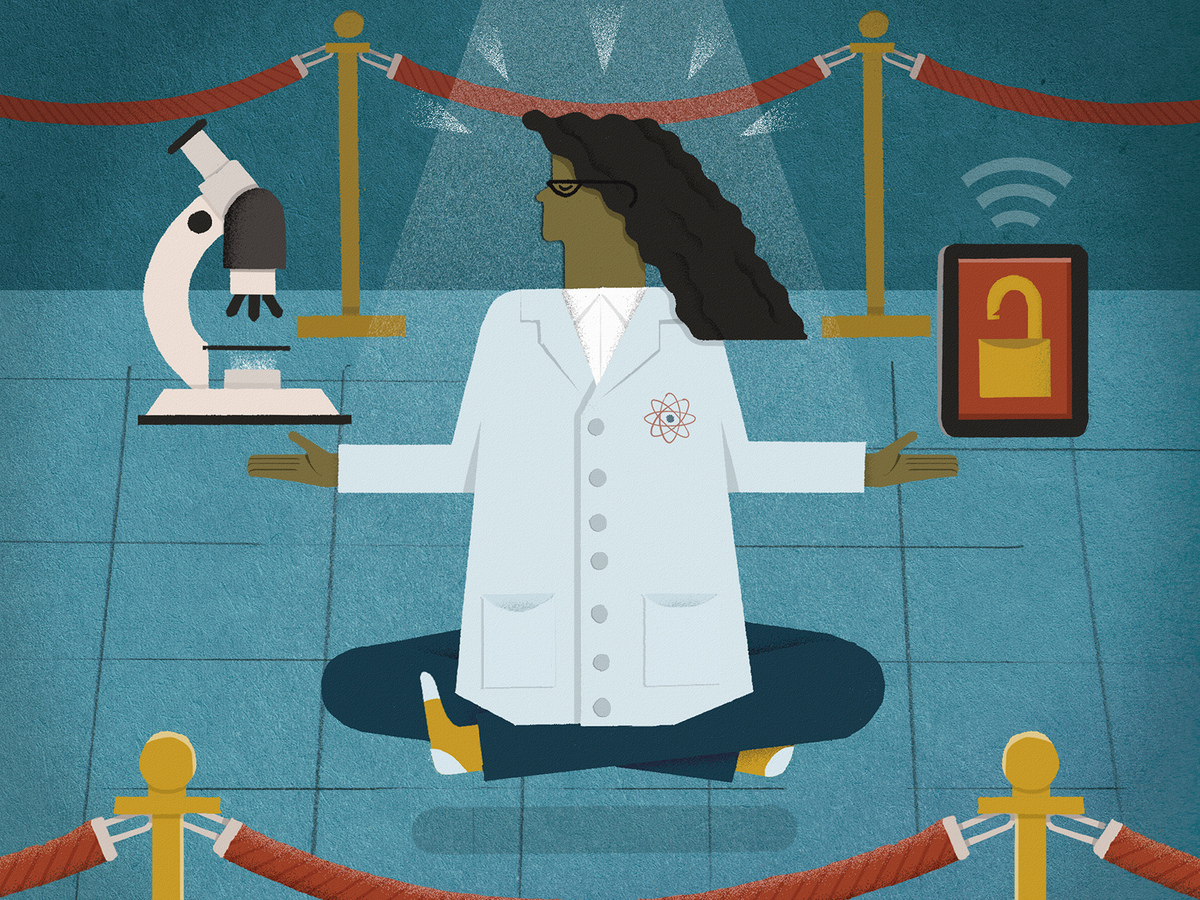 But last Wednesday, the editors of the leading medical journals around the world made a proposal that could change medical science forever. They said that researchers would have to publicly share the data gathered in their clinical studies as a condition of publishing the results in the journals. This idea is now out for public comment.

As it stands now, medical scientists can publish their findings without ever making available the data upon which their conclusions were based.

Only some of the top journals, such as The BMJ, have tried to make data sharing a condition of publication. But authors who didn't want to comply could just go elsewhere.

Think about it. The scientists who generate the data, with the participation of the people being studied and often with public funding, control it and most often don't share. By holding the data tight, researchers who ran a study are the only ones who can conduct additional analysis and studies.

If the proposed change is adopted, as I hope it will be, it would make sharing more compelling.

Inaccessible data is a problem rife throughout medical science. Industry traditionally held its data close — but so did academics.

These researchers have felt that they deserved the right to future papers for all their hard work gathering the original data. And maybe they didn't want others examining their work.

But this practice shields data from scrutiny. It forgoes an opportunity to crowdsource knowledge from scientists who weren't associated with the original study. It also violates the sensible practice of showing your work, not just the presumed answer.

Some skeptics contend that those who pore over data generated elsewhere are nothing more than "research parasites." But that disparaging term neglects the key role that independent scientists can play in bringing new insights and also in validating the quality of the data that were collected. Access is also central to the scientific method and the idea of replication to establish the truth.

The editors who made the proposal sought to be sensitive to the rights of researchers, funders and participants. But their intent is clear: It's time to share.

The past culture has impeded science. For example, many times in my career as a heart disease researcher, I respectfully requested access to clinical trial data held by others. The response was no — regardless of the merit of the request — and most often from other academics. It is a behavior that would be hard to imagine in other fields, like physics or astronomy.

The data from clinical trials have the potential to provide additional knowledge that often goes untapped.

There were times my research group was able to gain access to data through the National Heart, Lung and Blood Institute, which promotes sharing of trials it funds, or through litigation. We uncovered insights that weren't in the original articles. Our work produced papers that found their way into the New England Journal of Medicine and JAMA, the Journal of the American Medical Association. The findings have since been cited by thousands of other papers, incorporated in treatment guidelines for doctors and patients. In several cases our results upended the original conclusions.

Others have also used trial data to replicate and extend findings from the initial studies and made critically important contributions.

In recent years the momentum for open science has grown rapidly. This action by the editors follows directly from guidance in 2015 from the National Academy of Medicine (formerly the Institute of Medicine), a body of the nation's top medical experts, that said clearly it is time for the culture of medical research to change.

Companies such as GlaxoSmithKline, Johnson & Johnson and Medtronic have led the way in sharing their trial data. Our group at the Yale Center for Outcomes Research and Evaluation started the Yale Open Data Access Project to promote data sharing and was an early advocate for open science. We are showing the feasibility of establishing partnerships with industry and acting as a trusted intermediary. Visit the site, and you can see a variety of trials from Johnson & Johnson that are available to scientists around the world.

With sharing, the sky hasn't fallen and worthwhile independent projects that could not have been done otherwise are proceeding. Many academics and companies are lagging, however. As a result, the data from a large number of trials remain off-limits.

Amid the progress, there has been a lack of consequences for not sharing. Even as the benefits from sharing are manifold, to be honest, it's easier not to share. Why expose your data to others? Why compromise your ability to publish more at your own pace? Why risk the possibility that someone could find an error? Why let others benefit from your hard work? Why spend the money to do it?

The absence of an incentive to share seems about to change. The proposal by the medical editors outlines an approach that would require: a data-sharing policy when the study is started; a commitment to share within six months of publication; and that those who use the data acknowledge those who produced it. The data should be down to the level of the individual patient (identifying information will be removed) rather than just summary data, an important detail that will allow rigorous science to proceed.

Among the first things we learn in school are to share and to show our work. This lesson has been lost on medicine for many years. The medical editors are reminding us that we scientists have a principal responsibility to society and to those who agreed to participate in our studies.

There are many details to resolve. How will sharing work? Who will pay for it? How will the researchers who produced the work get credit in the subsequent analyses? All good and difficult questions, but it is high time to find solutions.

For now, this proposal is out for public comment. It is likely that mostly scientists will weigh in on how the change would affect their work. It would be great, in my view, if the general public participated too. Do people want to see scientific data exposed to the light, available to advance knowledge for generations? The public stands to benefit the most. I hope that voices other than those of my colleagues will be heard.

Harlan Krumholz is a cardiologist and the Harold H. Hines Jr. Professor of Medicine at Yale School of Medicine. He directs the Yale-New Haven Hospital Center for Outcomes Research and Evaluation and is a co-director of the Robert Wood Johnson Foundation Clinical Scholars Program. To comment on the proposal described above, you can go to www.icmje.org.