Accessibility links
Do-It-Yourselfers Face Penalties Over Their Cut-Rate Health Insurance : Shots - Health News People sometimes put together policies, such as short-term and critical illness plans, instead of buying more expensive health coverage. But they likely will be penalized under the federal health law. 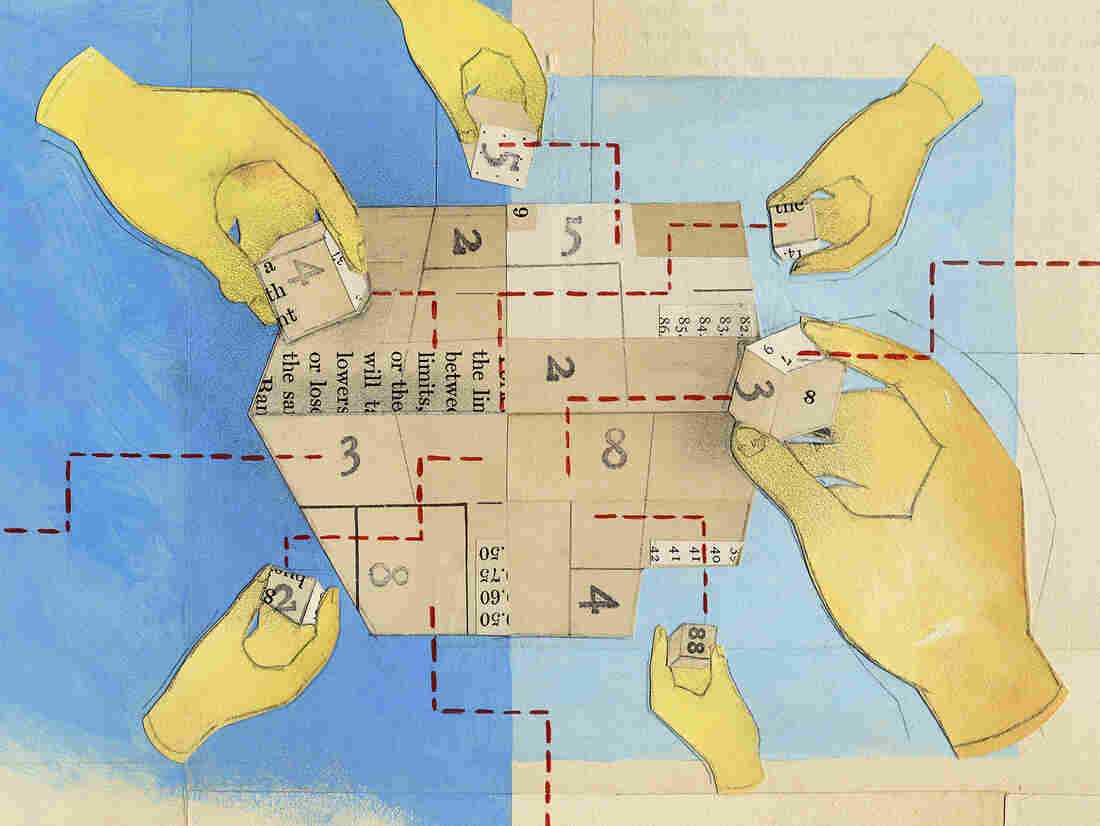 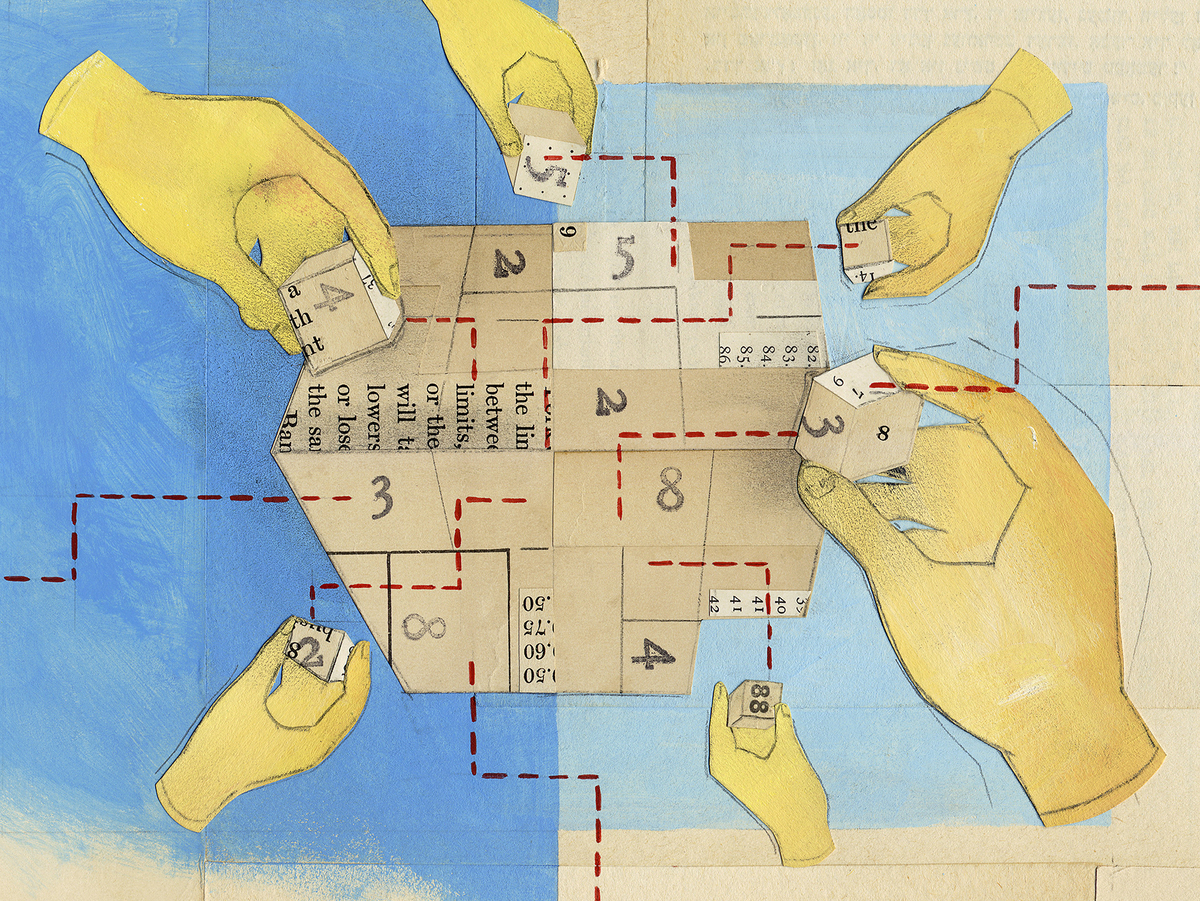 Piecing together inexpensive insurance plans could come with a hidden cost.

Last fall, Shalonda Brown decided she'd had it with paying nearly $1,000 a month for family health, dental and vision plans through her job at an independent lab in Dallas.

Casting about for an alternative, she checked out individual family plans on HealthCare.gov. No dice. The family's income was too high to qualify for subsidies and comparable coverage wouldn't be any cheaper.

So Brown instead cobbled together three different policies that each provide limited coverage for her, her husband and 2-year-old daughter: a short-term plan with a $10,000 deductible that provides up to $1 million in coverage for just under a year; a critical illness plan that pays a $20,000 lump sum if one of them is diagnosed with invasive cancer, heart attack or stroke; and a dental plan that provides $1,000 in coverage. The total monthly tab: $390.

"I feel like it's just giving me everything I need as of right now," said Brown, 31. "Me and my family, knock on wood, there's nothing urgent or major to deal with now."

But there's a catch. Under the health law, most people are required to have insurance that meets minimum standards or pay a fine. Limited benefit policies such as short-term, critical illness, accident, dental and vision plans don't qualify.

Brown knows she'll face a penalty if her family doesn't have comprehensive coverage this year, but she's willing to pay the fine. "When I look at what I'm saving having a short- term plan versus regular insurance, it'll balance out," she said.

Faced with sky-high premiums and high deductibles for traditional plans, it's not surprising that some people are looking at other options.

"They may be making the best decision they can for themselves given their financial and health situation," said Sabrina Corlette, research professor at Georgetown University's Center on Health Insurance Reforms. "But it's a roll of the dice, and if something bad happens, they could find themselves on the hook for a very big bill."

Under the health law, regular health plans are prohibited from imposing lifetime or annual limits on coverage, or from turning people down because they're sick. Short-term policies — which generally impose dollar limits on coverage, don't cover treatment for preexisting conditions and may refuse to renew a policy if someone gets sick — don't meet those standards.

But many people are taking an interest in the plans nevertheless. In 2014, when the provisions of the health law took effect, the number of people applying for short-term plans rose 130 percent, to 147,383, at online health insurance vendor eHealth.

Sales of critical illness and accident policies, which generally pay a lump sum if someone has a qualifying event such as a car accident or cancer diagnosis, are also on the rise. Sales of critical illness policies on the individual market grew to $311 million in 2014, a 24 percent increase over five years, according to financial services research company LIMRA. Nongroup accident policy sales reached $430 million in 2014, a 13 percent rise over five years.

As consumer interest in limited benefit plans has grown, some carriers are bundling critical illness and accident insurance policies together, or offering a single plan that provides coverage for both, says Nate Purpura, vice president of consumer affairs at eHealth.

The typical purchaser of accident or critical illness coverage at eHealth is a self-employed person who already has a comprehensive insurance plan and wants some extra financial protection, says Purpura. It's less common for people to cobble together different limited plans to rely on as a replacement for regular insurance.

"Short-term insurance is designed for a short-term gap, and accident and critical illness plans are not designed to replace major medical," Purpura said.

With an average lump sum payout of $31,000 for an individual market critical illness plan, according to insurer Gen Re, the policies won't come close to covering treatment for a serious illness.

"We just want to be sure that people understand what they're buying and understand the limitations of these plans," says Anna Howard, a policy principal at the American Cancer Society Cancer Action Network.

For her part, Shalonda Brown hopes to get regular insurance again soon. Her husband has applied for a government job with comprehensive health insurance that, she hopes, would be more affordable than her employer plan.