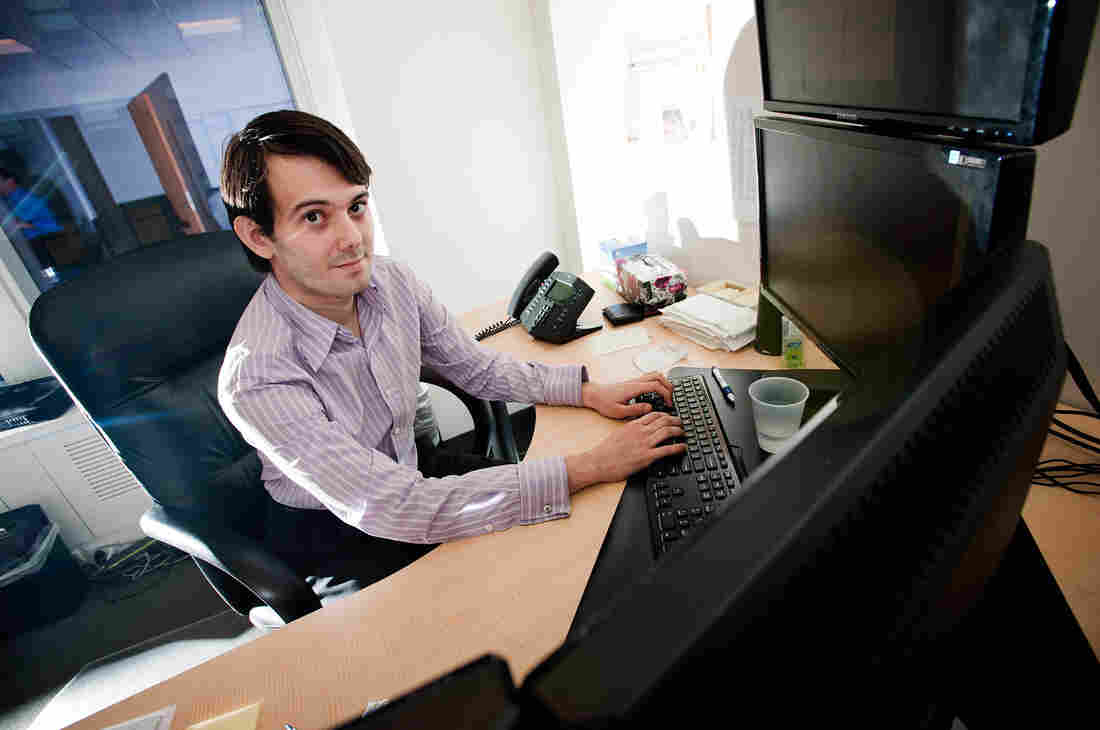 Martin Shkreli was CEO of Turing Pharmaceuticals when the company boosted the price of a drug by 5,000 percent. He has since resigned. Paul Taggart/Bloomberg via Getty Images hide caption 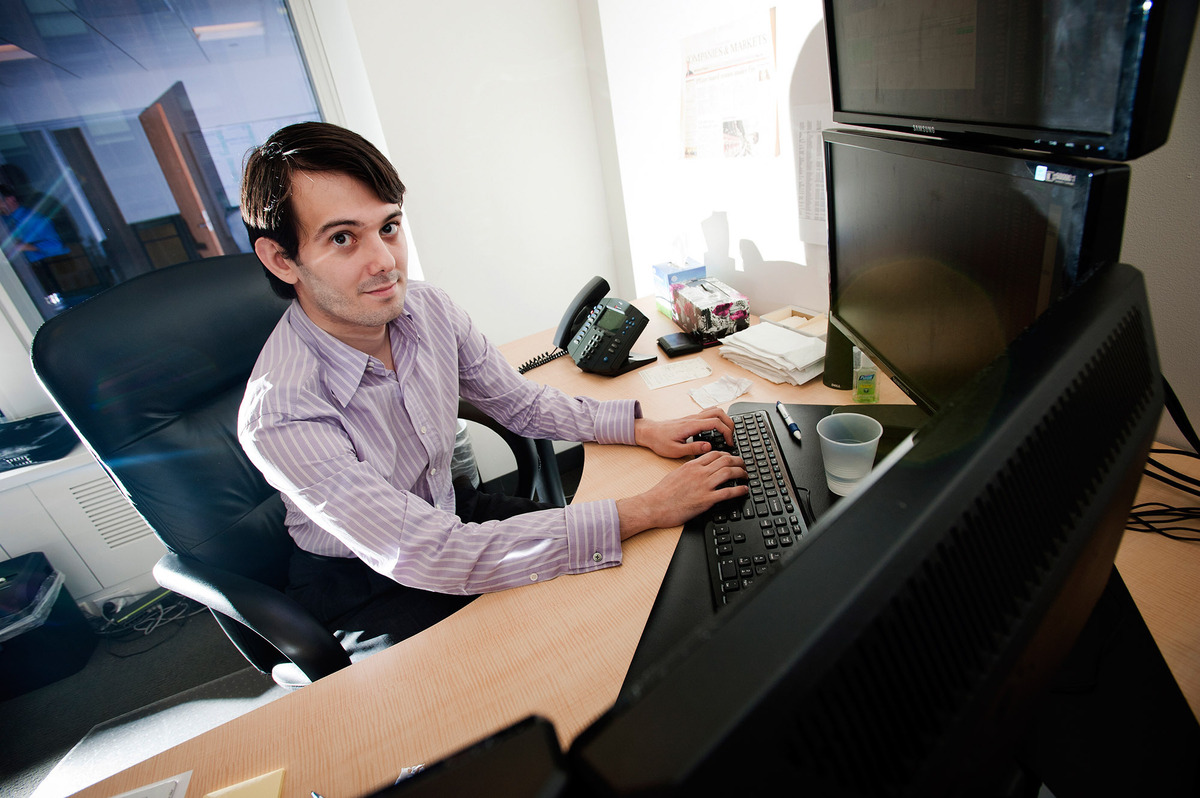 Martin Shkreli was CEO of Turing Pharmaceuticals when the company boosted the price of a drug by 5,000 percent. He has since resigned.

A memo from congressional investigators sheds new light on the inner workings of Martin Shkreli's Turing Pharmaceuticals after the company jacked up the prices of a decades-old drug used to treat AIDS patients.

The House Committee on Oversight and Investigations is looking into Turing and other drug companies' price increases. This memo, released Tuesday, includes excerpts from the company's internal documents and emails.

It paints a picture of the now-disgraced "pharma bro" Martin Shkreli giddily rubbing his palms together at the prospect of all the money Daraprim will generate for his fledgling company. The drug is the only cure for toxoplasmosis, a disease that strikes people, including AIDS and cancer patients, whose immune systems are suppressed.

Here are a few highlights from the data dump.

The company thought it could handle blowback from AIDS activists and doctors, which it addressed in these presentations:

"HIV patient advocacy may react to price increase ... we still come out ahead if we can frame this issue within the HIV/AIDS community as a fight between a drug company and insurance companies. As long as everyone who needs Daraprim can get it as soon as they need it, regardless of ability to pay, the community should have no issue. There is no love lost between HIV/AIDS activists and insurance companies, and they certainly don't want to be manipulated by them to fight on their behalf."

"Cost and coverage are not obstacles to treatment today ... physicians do not report high out-of-pocket costs, required prior authorizations, or other access barriers to toxo medications."

"Given your company's recent move to raise the price of pyrimethamine over 5,000% to an incredible $750 a pill, I have decided not to meet with representatives from Turing. ... I am also urging my colleagues here at UNC, as well as at Duke, ECU, Wake Forest and other clinical centers across our state to do likewise, until Turing announces a reasonable and ethical reduction in the price of this important medication — a drug we rely on most to treat toxoplasmosis." — Associate professor at University of North Carolina, Oct. 1.

"After over a week of trying to secure Daraprim for an uninsured patient requiring Daraprim at Massachusetts General Hospital, I need immediate assistance with expediting this case. ... We have been provided with inaccurate/misleading information by the dedicated Daraprim Team. ... This is a critical matter, visible at the highest levels of our Infectious Disease Department." — Doctor at Massachusetts General Hospital, Oct. 8.

So Turing went into crisis mode, trying out discount programs and struggling with PR:

"I think we are acting a little like a deer in the headlights, and need to take some action steps now. If a hospital like Mass General is having issues we are in trouble." — Ed Painter, head of investor relations, Oct. 8.

"Is there an annual price reduction commitment that would discourage generics from entering the market? What if we headlined ... Turing Pharmaceuticals commits to an out-of-pocket cost to individuals of less than $20." — Painter, Sept. 26.

"I don't think so. Re reductions — Think it's best we don't PR something like that unless its something we're willing to commit to doing." — Patrick Crutcher, director of business development, Sept. 26.

"FYI, we are 'blowing through' copay dollars very fast. ... My opinion is that with the current state of affairs that we should continue to provide to patients, but we'll need to ultimately evaluate this program and understand the effect on margin." — Jon Haas, director of patient access, Sept. 29.

"As early as next week, the Board should remove Martin as CEO. ... the price drop has to be significant and tied to something. ... This cannot be seen as something that appears to be as arbitrary as the price hike in the first place." — Outside PR consultant, Oct. 8.

On Dec. 16, Shkreli was arrested on securities fraud charges related to his tenure at another firm. He resigned the following day.

"I am confident I will prevail," Shkreli wrote on Twitter on Dec. 19. "The allegations against me are baseless and without merit."