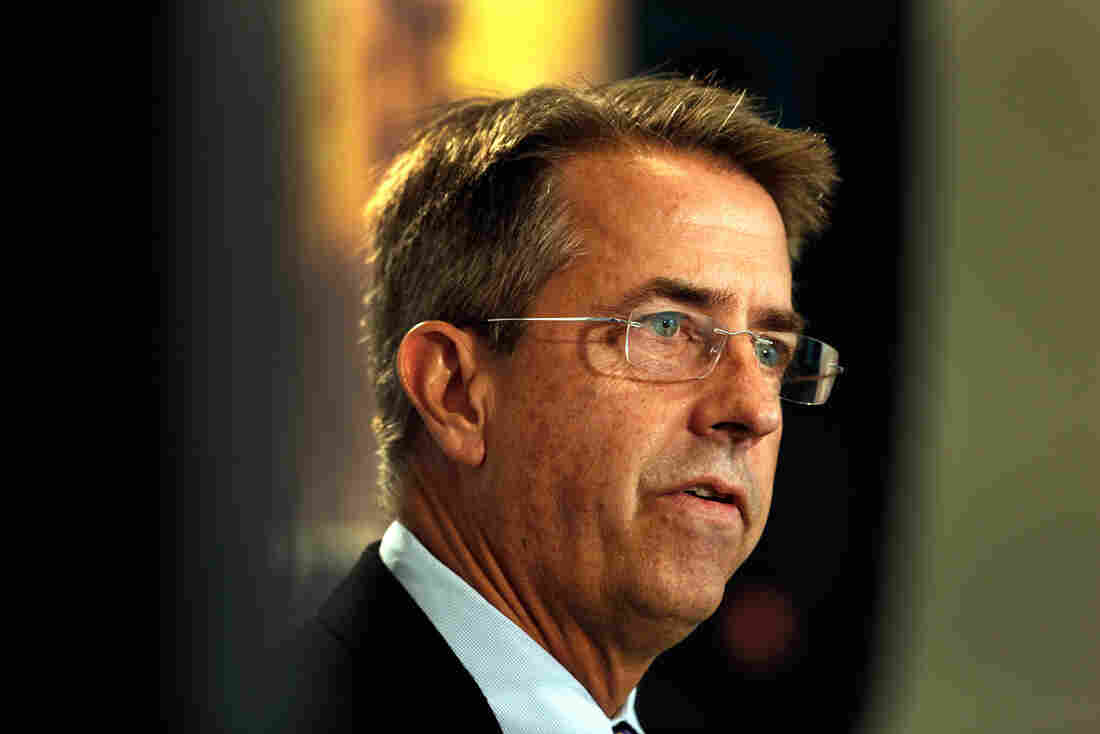 "Instead of saying, 'We screwed up,' they said, 'Obamacare is the problem and we may not play anymore,' " Covered California's Peter Lee said of UnitedHealth. Rick Loomis/LA Times via Getty Images hide caption 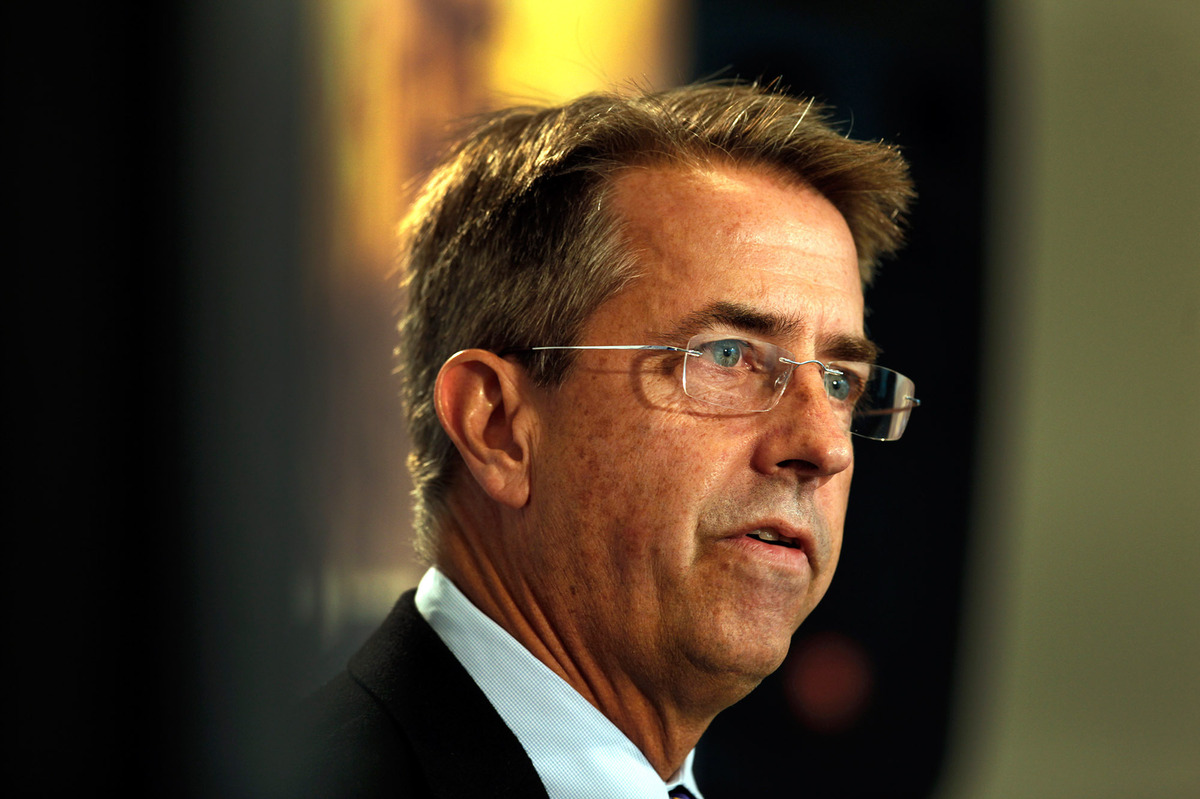 "Instead of saying, 'We screwed up,' they said, 'Obamacare is the problem and we may not play anymore,' " Covered California's Peter Lee said of UnitedHealth.

Amid growing questions over the future of Obamacare exchanges, the head of California's marketplace said the nation's largest private health insurer should take responsibility for nearly $1 billion in losses and stop blaming the federal health law.

In a blistering critique, Covered California's executive director, Peter Lee, said UnitedHealth Group Inc. made a series of blunders on rates and networks that led to a $475 million loss in 2015 on individual policies across the country. The company estimates a similar exchange-related loss of $500 million in 2016.

"Instead of saying, 'We screwed up,' they said, 'Obamacare is the problem and we may not play anymore,' " Lee said in an interview with California Healthline. "It was giving an excuse to Wall Street and throwing the Affordable Care Act under the bus."

Lee, a staunch defender of the health law and a former official in the Obama administration, has tangled with UnitedHealth in the past. He knocked the company for sitting out the launch of Obamacare in 2014, then welcomed UnitedHealth into Covered California for 2016.

But now, he said, the company is "driving me bonkers" because it has "fed this political frenzy that Obamacare doesn't work. It's total spin and unanchored in reality."

A company spokesman declined to comment on Lee's criticism, and referred to UnitedHealth's previous statements on the exchange business.

During a Nov. 19 conference call with analysts, UnitedHealth's CEO Stephen Hemsley said: "We can't really subsidize a marketplace that doesn't appear at the moment to be sustaining itself. ... I think that basically is an industrywide proposition."

An Urban Institute report issued last week, however, found that some of UnitedHealth's troubles may have been self-inflicted. The company's premiums were substantially higher than its competitors' in many of the largest U.S. markets. The insurer also offered broader provider networks that tend to attract sicker customers who incur big medical bills.

In November, UnitedHealth surprised analysts and health-policy experts with its steep losses and said it might leave the exchanges altogether, just after expanding into new states. The sudden reversal prompted questions about the sustainability of the government-run marketplaces, the linchpin of President Obama's signature law.

UnitedHealth reiterated its dour outlook for the exchange market when it announced quarterly results Jan. 19. The company said it has seen an influx of sicker patients during special enrollment, fewer healthy people signing up and costs rising as a result.

UnitedHealth ended last year with about 500,000 customers in the public exchanges, and it expects membership to grow to about 800,000 during the recent open enrollment. It has said it will decide by midyear whether to continue selling in Obamacare marketplaces.

Other major insurers have expressed similar concerns about doing business in the public exchanges, albeit with less red ink than UnitedHealth.

Anthem Inc., the nation's second-largest health insurer, said last week that its exchange enrollment in California and 13 other states was running about 30 percent below expectations, but the business was still slightly profitable. Anthem ended last year with 791,000 exchange members.

On Monday, insurance giant Aetna Inc. said it lost up to $140 million, or a negative margin of 3 percent to 4 percent, on individual coverage last year. It has 1 million members with individual policies, about 75 percent of them on public exchanges. The company said it expects to break even this year, however.

"Our individual commercial business ended the year with improved results," Aetna's chief executive, Mark Bertolini, said Monday during an earnings conference call. "Despite our improved finish, this business remained unprofitable in 2015, and we continue to have serious concerns about the sustainability of the public exchanges."

In response to industry criticism, the Obama administration is taking steps to prevent the misuse of special enrollment so people can't wait to sign up until they need care. Special enrollment is designed for people who lose coverage or need to make a change because of an event in their life, such as moving, getting married or having a child.

Insurance markets can't function properly without enough healthy customers paying premiums, which are used to cover expenses incurred by sicker policyholders. The three-month open enrollment period for the federal and state exchanges just ended Jan. 31. California extended its deadline to Feb. 6 for people who already had begun the sign-up process by Sunday.

John Holahan, a health-policy researcher at the Urban Institute, said the Obama administration does need to impose stricter rules for special enrollment. He also said concerns over affordability have hampered enrollment because some middle-class consumers and young, healthy people are put off by high premiums and large deductibles.

"But I haven't seen anything that shows the exchanges are really in trouble," Holahan said. "That doesn't mean every insurer is going to make it. Some companies don't make it, and that isn't a sign markets are unsustainable."

The Department of Health and Human Services expects about 10 million people to be enrolled in federal and state exchanges at the end of 2016. That's far below previous government forecasts.

UnitedHealth sat out Covered California for the first two years before joining in several rural areas. Lee said both sides will be analyzing whether the company returns for 2017. As an active purchaser, Covered California can decide whether or not to contract with certain health plans and allow them on the state exchange.