Accessibility links
Killing Off Certain Cells Makes Mice Live Longer : Shots - Health News So-called senescent cells no longer divide, but they secrete a mixture of chemicals that can trigger inflammation, which is involved in many age-related disorders. What if the cells were removed? 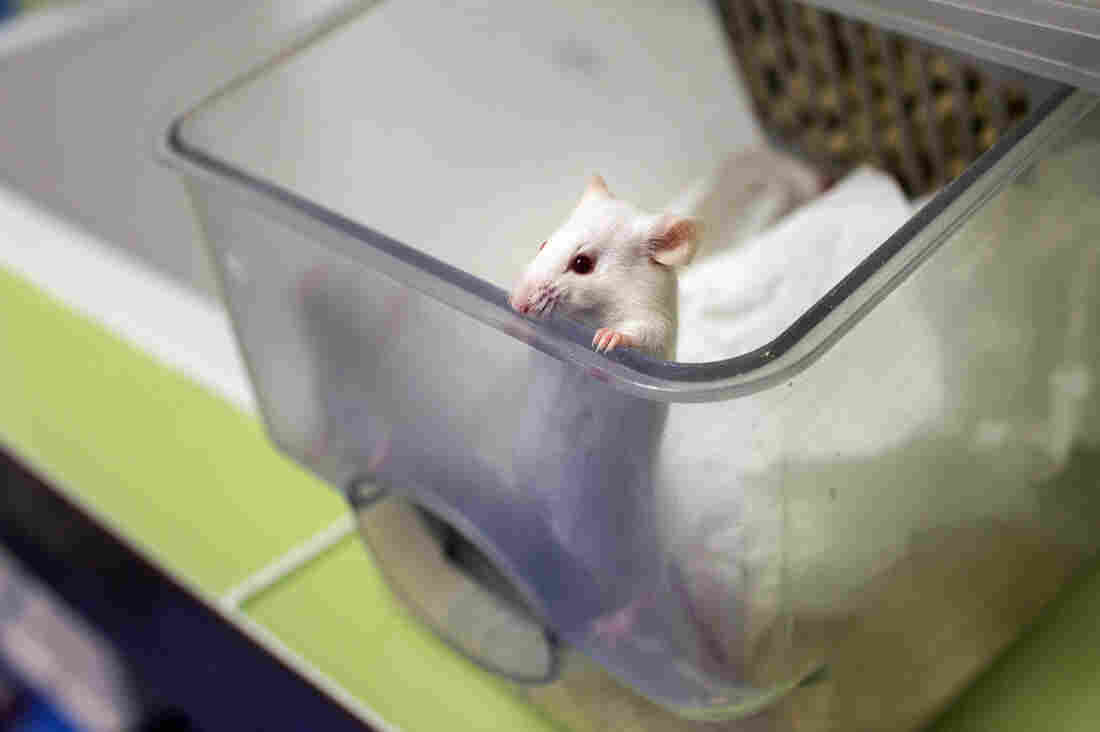 When so-called senescent cells were removed from mice, they were healthier and lived longer than mice that still had the cells. Philippe Merle/AFP/Getty Images hide caption 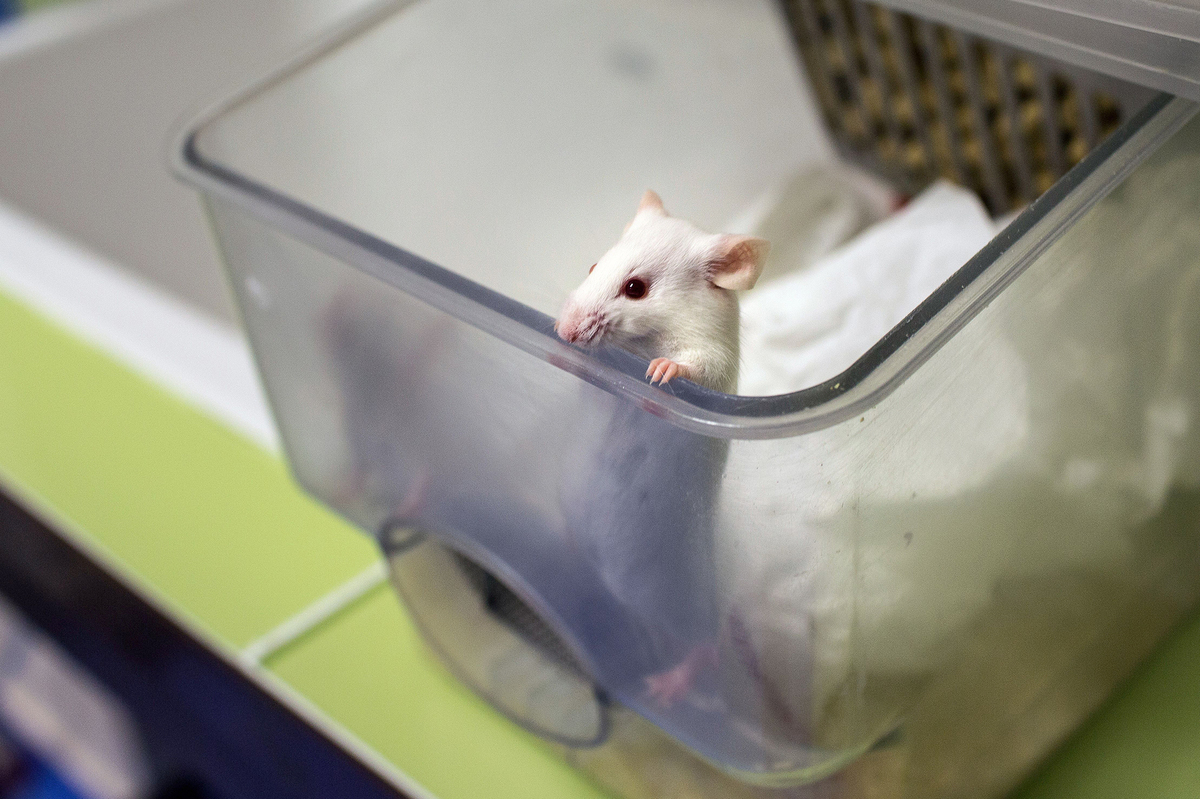 When so-called senescent cells were removed from mice, they were healthier and lived longer than mice that still had the cells.

Mice were much healthier and lived about 25 percent longer when scientists killed off a certain kind of cell that accumulates in the body with age.

These are cells that have stopped dividing, though not necessarily because the cells themselves are old. "It's a normal cell that experienced an unusual amount of stress, and it decided to stop dividing," says Jan van Deursen, who studies senescent cells at the Mayo Clinic College of Medicine in Rochester, Minn.

Older creatures have a lot more of these cells than young 'uns. And even though the cells aren't dividing, they do keep busy — they secrete a mixture of chemicals that can trigger inflammation, which seems to be involved in just about every major age-related disease.

So van Deursen and his colleagues wanted to know: What would happen if you simply got rid of senescent cells? That's tough to do in humans, but possible in mice.

The researchers created mice that were genetically altered so that giving them a drug would trigger senescent cells to kill themselves. Then they waited until the mice reached middle age, and gave some of them the drug.

At first, wiping out the senescent cells didn't seem to make much difference. But as the mice got older, the research team could see that the treated mice looked healthier.

"And then when we started to record the life span of the animals, we saw that there was about a 25 percent extension in life span of animals that had their senescent cells removed from 1 year of age on," says van Deursen.

What's more, the treated mice had fewer cataracts, hearts with better stress tolerance, and improved kidney function. And losing the cells didn't seem to cause them any problems, the researchers report Wednesday in the journal Nature.

The bottom line, says van Deursen, is that "it seems like we're accumulating a cell type that we really don't need for anything and that makes us more unhealthy and reduces the length of our healthy lives."

Needless to say, the hunt is already on for drugs that could eliminate these cells in people. That's not going to happen tomorrow, of course, and useful drugs might never materialize. But the findings in mice provide researchers with a new place to look.

Van Deursen himself is working with a new company, Unity Biotechnology in San Francisco, that has some promising candidates.

A scientist named Judith Campisi, who studies senescent cells at the independent Buck Institute for Research on Aging, also works with Unity. She thinks the findings of the latest study are significant. "The impressive thing is those mice not only lived longer but they lived healthier," says Campisi.

But she cautions that removing these cells isn't going to be a magic bullet against aging.

"Obviously, even in the Nature paper, those mice got old and died," she points out.

And some research shows that these cells may have a useful role to play in our bodies. For example, there's evidence that senescent cells aid wound healing and that cellular senescence helps protect against cancer.

"One needs to move forward with care about trying to just kill off senescent cells with the anticipation that things will be wholly beneficial," says Dominic Withers, a researcher at the MRC Clinical Sciences Centre, Imperial College London.

He says it looks like these cells do contribute to aging, but it's too soon to say what to do with them.

"I think it's early days at the moment," Withers says. "There's still quite a lot to learn about whether you would want to try and kill senescent cells or do something to the senescent cells that exist, such as stop them secreting this cocktail of potentially bad molecules."