Accessibility links
Many NFL Players Are Obese, Based On Their BMI : Shots - Health News Proposed federal rules would let employers penalize overweight or obese workers by making them pay more for health insurance. But having a high BMI doesn't mean you're not healthy. 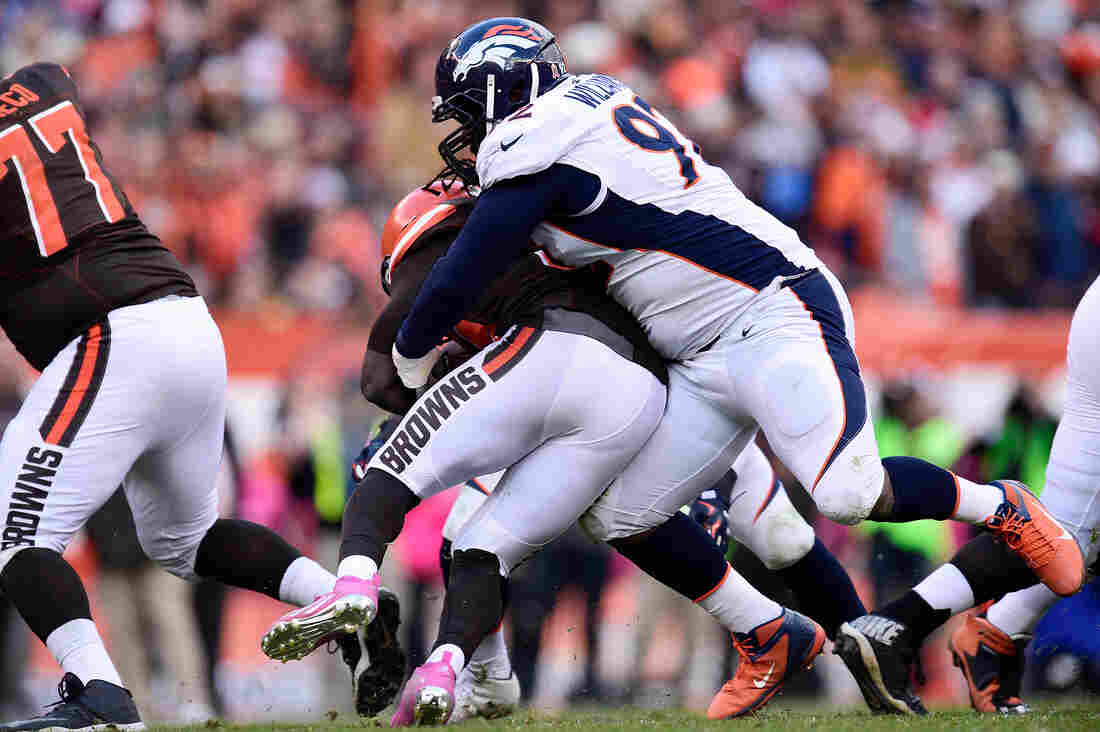 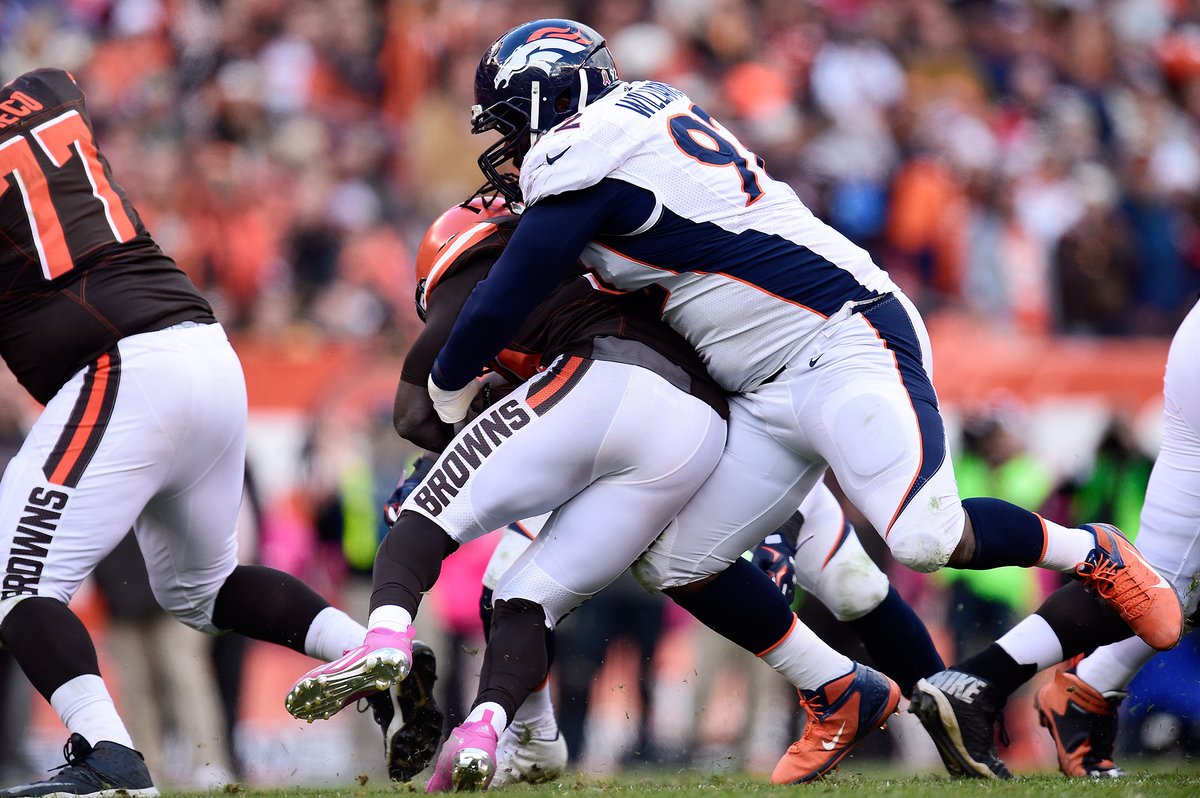 Employers are pushing workers to get in shape and become more fit through workplace wellness programs. But if employers use body mass index as a yardstick for health, then that could unfairly penalize millions of Americans, a study finds.

Doctors contend that BMI's usefulness ends at a rough indication that a patient should be checked for things like high blood pressure or cholesterol.

"It's a preliminary screening tool. Higher BMI is associated with higher health risk, but it's not a health state," says Dr. Deborah Burnet, a professor of medicine at the University of Chicago who didn't work on the study.

Pro athletes often have BMIs that could get them in trouble with a workplace wellness plan. Their muscle mass can boost them into the obese range, even though they're healthy and physically fit. Based on players' height and weight on the NFL website, there is no Denver Broncos player with a normal BMI, calculated at 18.5 to 24.9.

On average, the Broncos' BMIs fall into the obese range, at 30 or greater. Panthers players may want to avoid getting tackled by Sylvester Williams in the Super Bowl. At 6 foot 2 and 313 pounds, he has a BMI of 40.

And that mismatch between BMI and health is true not just for athletes, according to the study, published on Thursday in the International Journal of Obesity. It looked at the proportion of healthy individuals by BMI and six other heart and metabolic measures like blood pressure, cholesterol and insulin resistance.

Of course, if 30 percent of people considered obese are healthy, it also means that 70 percent of these individuals are not. Burnet says BMI is still useful as a quick and dirty way of giving doctors a heads-up on who might be at extra risk for health problems.

Indeed, the BMI was first invented in the early 19th century an an economic tool, not as individual health metric. Mathematics professor Keith Devlin, writing for NPR in 2009, called it "a 200-year-old hack."

Some provisions of the Affordable Care Act and rules proposed by the Equal Employment Opportunity Commission would allow employers to charge unhealthy employees up to 30 percent of health care costs based on conditions like being overweight or obese.

Doctors don't use BMI to determine healthiness, so the EEOC's proposed rules shouldn't either, says Janet Tomiyama, a health psychologist at the University of California, Los Angeles and lead author on the study. "We're finding a lot of people who are overweight or obese by BMI, 54 million Americans, who are healthy. They would be penalized unfairly."

Burnet agrees it would be foolish to use body weight as a metric for workplace wellness programs, and says it's also unethical. "[The rules] are a terrible idea. You're charging [people with a high BMI] more, like charging people with diabetes more, and that's wrong," Burnet says. "That's a significant misuse of BMI."

Across racial, ethnic and socioeconomic lines, the prevalence of overweight or obese individuals changes dramatically. "There are higher rates of obesity among African-Americans than among white people in the U.S. Some studies show that an African-American person may have less body fat than a white person of the same BMI," Burnet says. "[The rules] would disproportionately burden that group of people."

And rates of BMI-defined obesity are also higher among lower-income people, Burnet says. If the EEOC's proposal becomes codified, punitive workplace wellness programs based on BMI could financially drain an already financially stressed population. As the rules are currently written, Burnet says it would be up to the discretion of the employer to implement punitive incentives as it sees fit. "The guidelines should be written in a different way," she says. "It's bad for health insurance, for financial reasons and for stigma."

The EEOC says BMI as a health metric comes from language in the Affordable Care Act. "It's not really in our rule to say what is an appropriate health metric," says Chris Kuczynski, legal counsel for the EEOC. But he says the commission is discussing whether it will define what is medically and scientifically sound for a health program.

The solution, Tomiyama thinks, is simply follow science as closely as possible. Other measures, such as cholesterol level, blood pressure, or insulin resistance, are far more accurate indicators of poor health than BMI.

"We have this laser focus on weight, when this measure of body size doesn't get under the skin of what healthy markers are," she says. "We need to focus on actual health markers, rather than this outdated, very broad measure called BMI."