Accessibility links
Genes And Race Are Not The Same Thing : Shots - Health News Medical researchers often use race to define health risks. But a geneticist and a sociologist say racial categories don't accurately reflect who people are, and that science has to change. 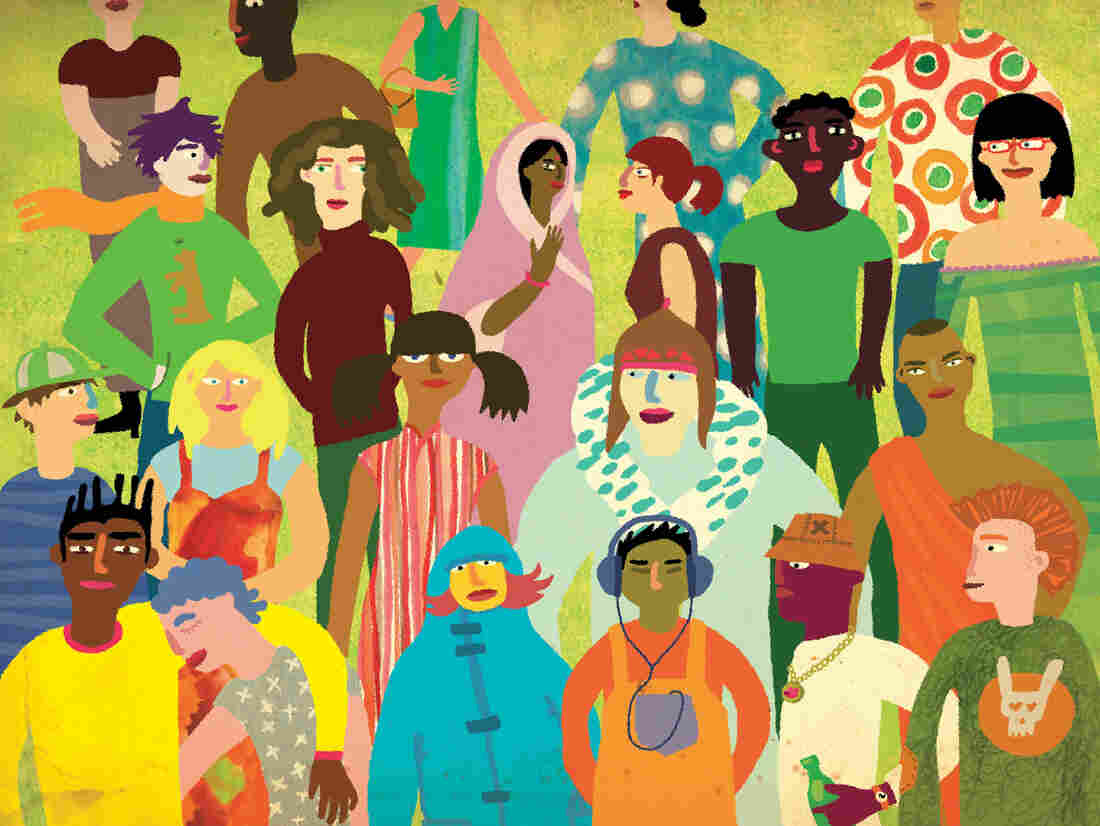 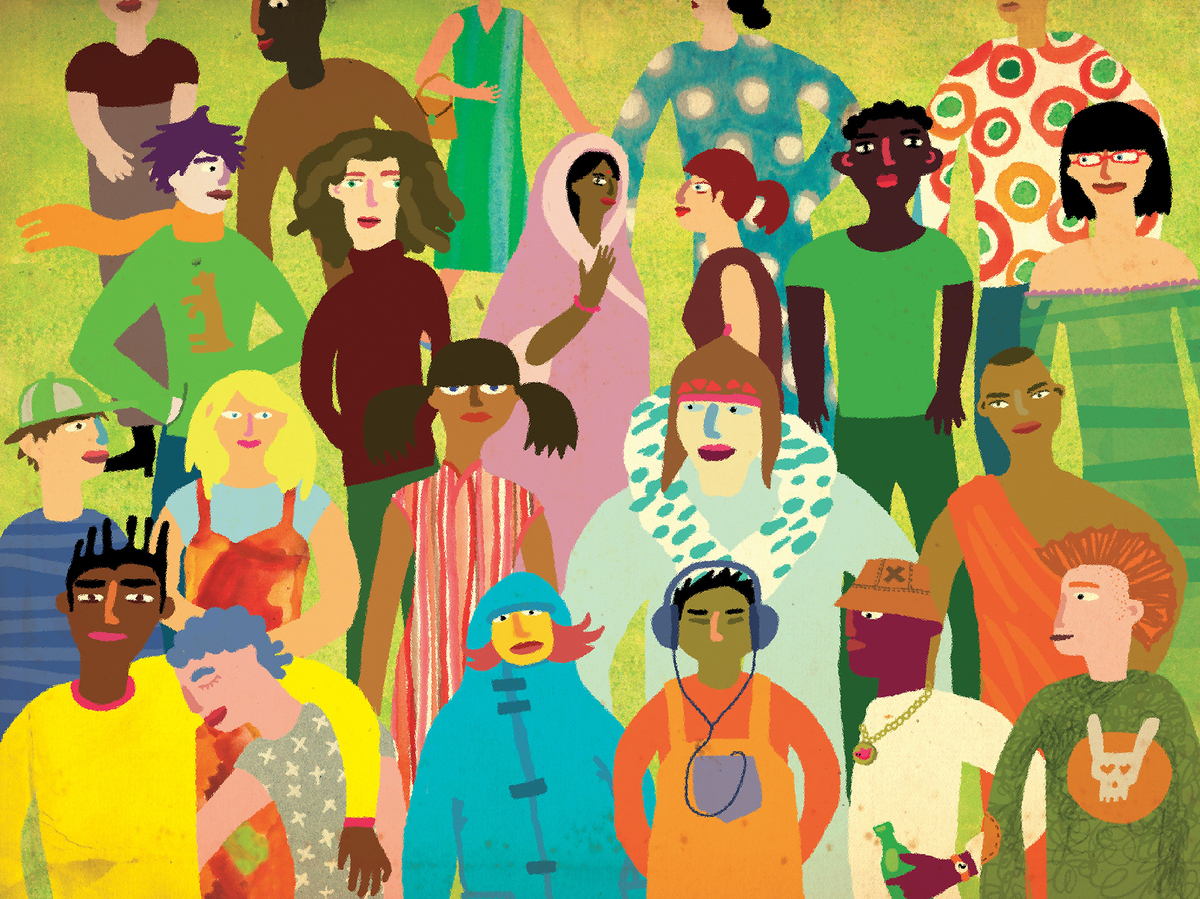 Genetics researchers often discover certain snips and pieces of the human genome that are important for health and development, such as the genetic mutations that cause cystic fibrosis or sickle cell anemia. And scientists noticed that genetic variants are more common in some races, which makes it seem like race is important in genetics research.

But some researchers say that we've taken the concept too far. To find out what that means, we've talked to two of the authors of an article published Thursday in the journal Science. Sarah Tishkoff is a human population geneticist and a professor at the University of Pennsylvania. Dorothy Roberts is a legal scholar, sociologist and a professor at the University of Pennsylvania's Africana Studies department. This interview has been edited for length and clarity.

How do geneticists use race now, and how does that cause problems for science?

Sarah Tishkoff: We know people don't group according to so called races based purely on genetic data. Whenever the topic comes up, we have to address, how are we going to define race? I have never ever seen anybody come to a consensus at any of these human genetics meetings.

Dorothy Roberts: That's because race is based on cultural, legal, social and political determinations, and those groupings have changed over time. As a social scientist, looking at biologists treating these groupings as if they were determined by innate genetic distinctions, I'm dumbfounded. There's so much evidence that they're invented social categories. How you can say this is a biological race is just absurd. It's absurd. It violates the scientific evidence about human beings.

Tishkoff: But I as a human geneticist wouldn't want to imply that there are no differences -- but among different ethnic groups, not racial classifications. For example, I'm Ashkenazi Jewish. I have a much higher risk of getting certain genetic diseases that are common in certain Ashkenazi Jewish populations. That was an important question when I was having children.

There was a drug, called BiDil, that somebody claimed is more effective with African-Americans than other races — which was not true. But there are genes that play a role in drug metabolism. So if a doctor was prescribing drug treatment based on her identification of race she'd say, "You should use drug A because that's better for people of European descent." But the patient might not carry the right gene. That might have negative consequences. That might be the wrong treatment for her.

Roberts: Race isn't a good category to use to understand those differences or the commonalities. It in many cases leads researchers down the wrong path and leads to harmful results for patients. For example, black patients who have the symptoms of cystic fibrosis aren't diagnosed because doctors see it as a white disease.

So part of the problem is that when we see a high frequency of a medically relevant gene in one racial population, we start to assume that all members of that race have that gene?

Roberts: People take what's a difference in [gene] frequency and turn it into a categorical difference that interprets it as if one race has one gene and another race doesn't have the gene. You can't reach the conclusion that because you know someone's race you know what their genes are. It's not the case that there are populations where 100 percent, everyone, has those genes and nobody in other populations have those genes. It's a crude way and unhelpful way of figuring out what the disease risk is.

Tishkoff: That's not to say that genetic risk in disease isn't important. I do think geography is important, and I think that people historically during evolutionary history have adapted to different environments.

Roberts: There is a long history of justifying the subordination of different groups and social groupings based on myths about their biologic or genetic predispositions. It's not only that there's scientific evidence that humans aren't divided into discrete biological categories we'd call races. But there's also evidence of the harm these biological meanings of race have caused for centuries. It's one of the reasons why it's difficult for human geneticists today to grapple with the meaning of race. You can't talk about race without also considering the history of racism.

Tishkoff: But modern human geneticists, we're not trying to say they have a racist agenda. It's a positive thing to try and increase studies of genetic diversity that may differ across different ethnicities or ancestries.

Roberts: Yes. I'm not trying to say anything about the motivations or what scientists are trying now to do. Our paper is a call for scientists to come up with better ways of understanding human genetic diversity without relying on this antiquated concept of race There is a failure of imagination for people to think, what is there something better that we can use? Let's develop that.

Is it that difficult, though? What are the things holding scientists back from developing something better?

Tishkoff: If I want a grant from the National Institutes of Health, I am required to check off the racial classification according to the U.S. government's census categories. I study very diverse people from all over Africa, but I believe the classification is African American or Black. I always feel awkward.

Roberts: The NIH guidelines require the use of race in recruiting research subjects. There's a history of advocating for that in order to increase the participation of minorities in clinical research. Then it gets confusing, because the researchers continue to use these categories in conducting the research. Scientists must conform their research to these admittedly social categories of race.

Tishkoff: One also has to take into account that you need a way to identify your study population. Ideally you want ethnically diverse populations, so obviously you have to have some way of identifying research subjects. And that's fine. But they don't need to say based on race. The language and terminology does matter.

Roberts: Except if the research question has to do with investigating the effects of racism — race as a social category that does affect people's lives and health and future because of the impact of social inequality. I often get the justification from doctors that "I know it's crude but it's the best we have given the limited resources."

Tishkoff: To some extent I think that's true. If a doctor doesn't have a readily available genetic test to look at ancestry or to look at individual genotypes of that person, race will be their best proxy. But the language matters. We need to move away from racial terminology, particularly in the field of medical genetics. That should just be eliminated. It reinforces the notion that there's a genetic basis to this classification system. We as scientists have to set an example.