Accessibility links
Taxpayers Confused By Late Health Law Forms : Shots - Health News Employers, insurers, Medicare and Medicaid are required to send taxpayers a form showing whether they had health care coverage, but the government has pushed back the deadline for the forms. 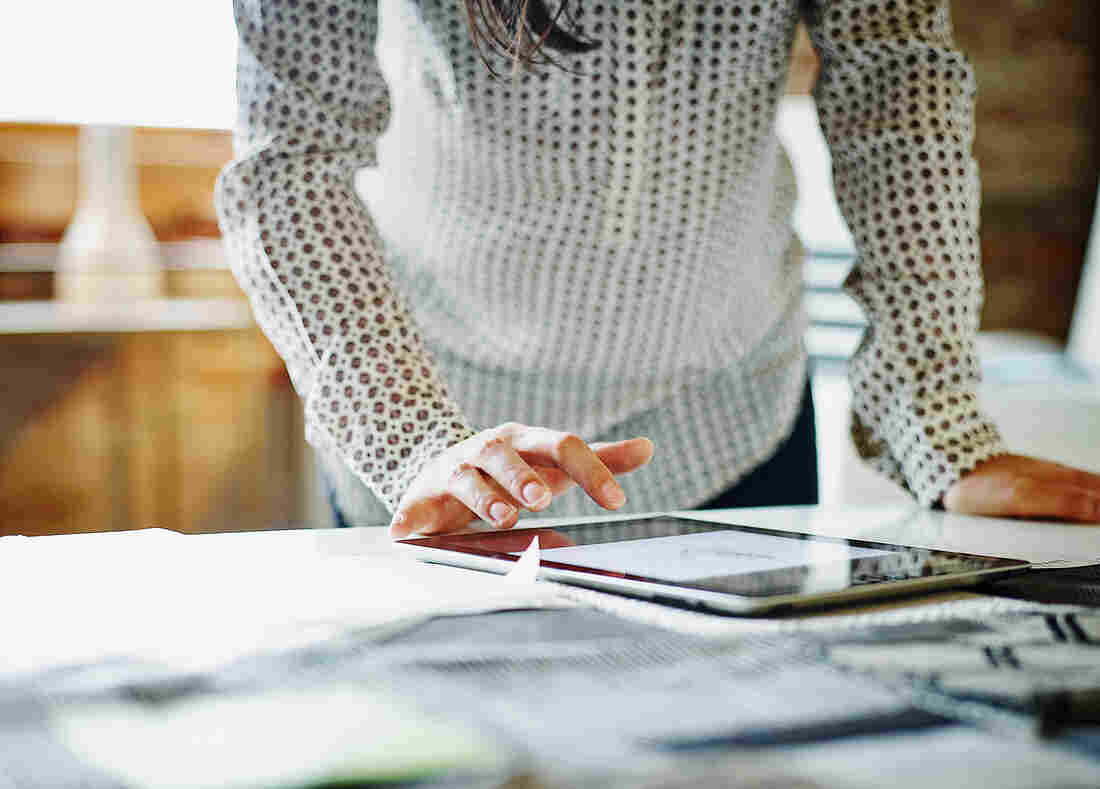 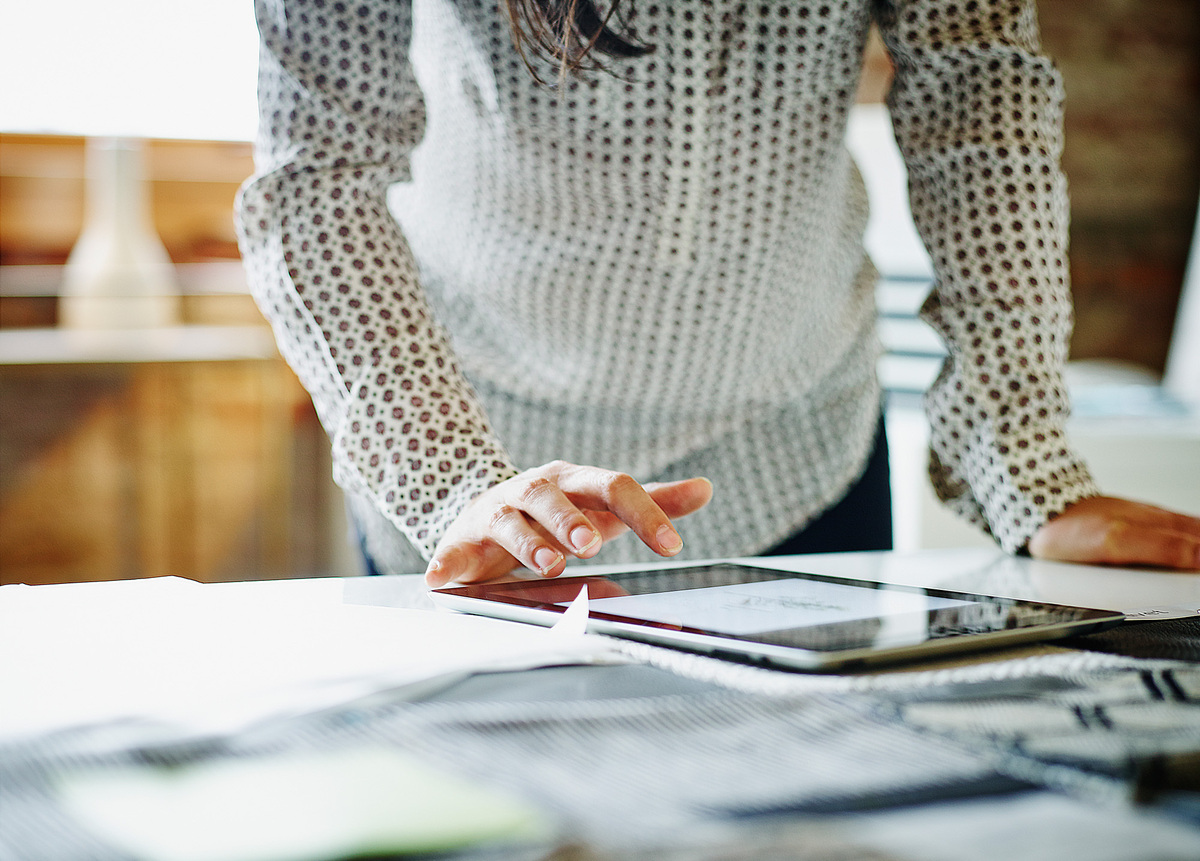 As the 2015 tax filing season gets underway, tax preparers said a delay in health law tax forms is tripping up some consumers, while others want details about exemptions from increasingly stiff penalties for not having insurance.

This is the first year that employers, insurers and government programs such as Medicare and Medicaid are required to send consumers tax forms that report whether they offered or provided health insurance that was considered affordable and adequate under the law.

The forms — 1095-B or 1095-C — are designed to help consumers in filling out their taxes but the forms don't need to be filed with their tax returns. The issuers also send copies to the Internal Revenue Service.

Some consumers, however, may not receive the forms until shortly before the April 15 tax filing deadline because the IRS has pushed back the due date from Jan. 31 to March 31 for employers and others that provide insurance.

In a notice describing the change in due dates, the IRS said, "Following consultation with stakeholders, however, the Department of the Treasury ... and the Service have determined that some employers, insurers, and other providers of minimum essential coverage need additional time to adapt and implement systems and procedures to gather, analyze, and report this information."

What's a consumer to do if the form hasn't arrived? File anyway, even without the form, the IRS says. If people make a mistake on their return because they didn't have the 1095-B or 1095-C forms and relied on information from their employer or other coverage providers instead, they won't have to amend their return, the IRS said.

For the 85 percent of people who had coverage all year, the delay is a non-issue, said Tara Straw, a senior policy analyst at the Center on Budget and Policy Priorities who manages one of the IRS' Volunteer Income Tax Assistance offices that provide free tax help for lower income people. These people can just check the box on their return that reports that they had full-year coverage. If their 1095-B or 1095-C reports that they did not have coverage all year, they can simply ask their employer or insurer to correct their records and what they sent to the government.

But there will be a small number of people who enrolled in marketplace coverage that now show overlapping coverage. 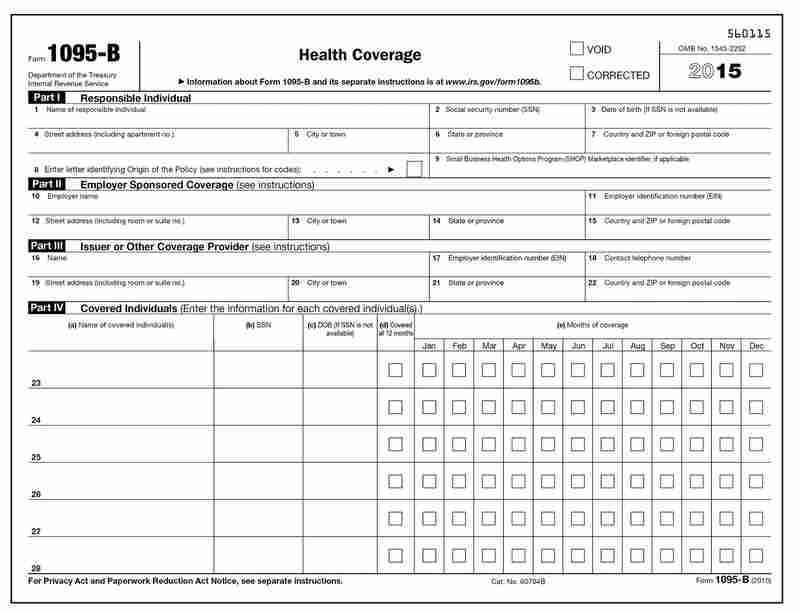 Did you get one of these yet? IRS.gov hide caption 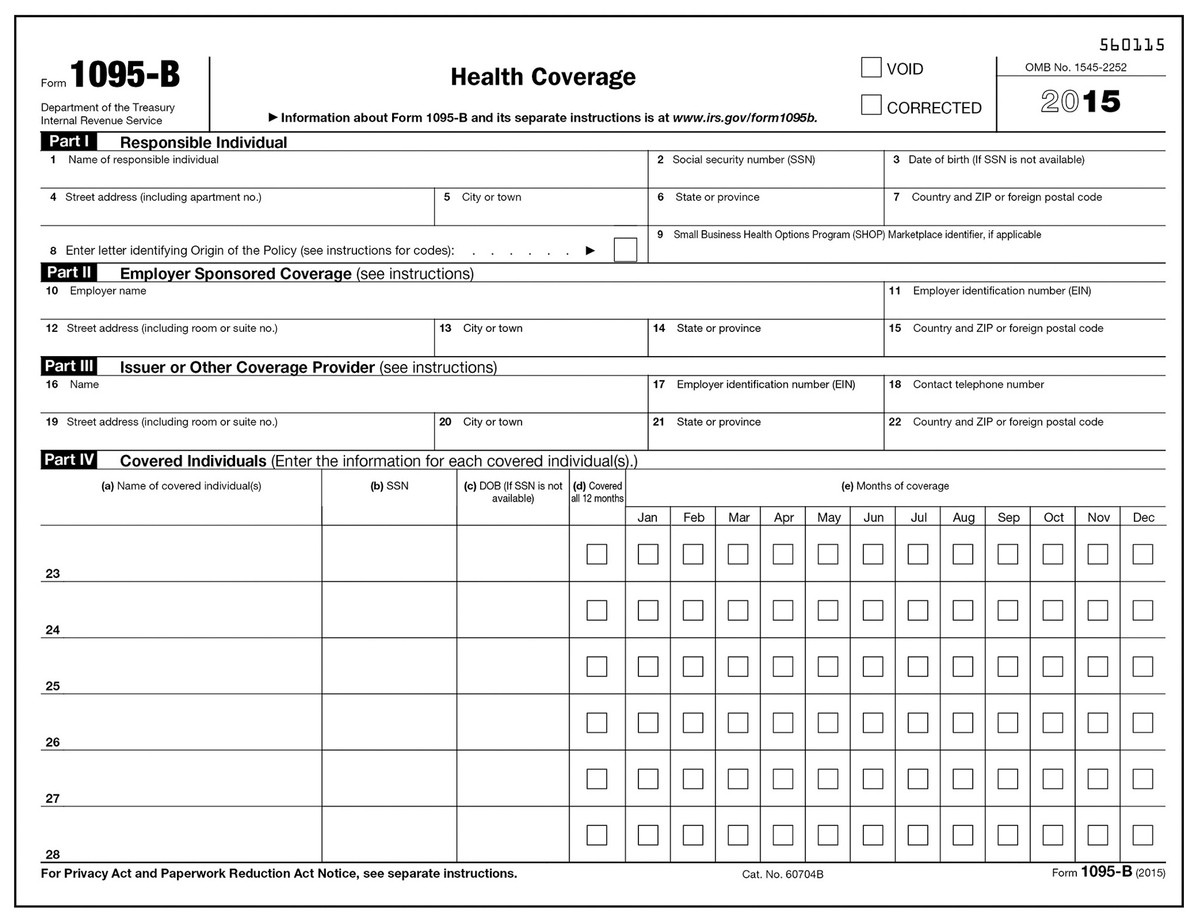 Did you get one of these yet?

In these situations, consumers may need to contact the marketplace and whoever provided their other coverage to correct the forms.

People who have marketplace coverage receive 1095-A forms that report when they had coverage and the amount of advance premium tax credits received. The 1095-A forms weren't delayed and went out on schedule in January.

In addition to questions about the 1095 forms, consumers are asking tax preparers at H&R Block about qualifying for exemptions from the penalty for not having insurance, said Lindsey Buchholz, a tax attorney at H&R Block's Tax Institute.

Among the most asked about of the roughly two dozen exemptions is the one that allows people to avoid a penalty because the lowest priced coverage available to them either from their employer or on the marketplace would have cost more than 8.05 percent of their income, the threshold at which it's considered unaffordable, Buchholz said.

"Most of the time they don't qualify for the exemption because they would have qualified for premium tax credits, and the assistance makes it affordable," she said.

People can also apply for exemptions because of hardship, including eviction or foreclosure, bankruptcy, the death of a family member and medical debt, among others.

"We're seeing more interest in hardship exemptions this year," probably because the penalties for not having insurance are increasing, Buchholz said.