Accessibility links
Study Shows Extra Testosterone Might Help Some Older Men : Shots - Health News A man's testosterone level drops as he ages, but boosting it with supplements has been controversial. The first year of data from a big study now suggests a modest boost in libido for some men. 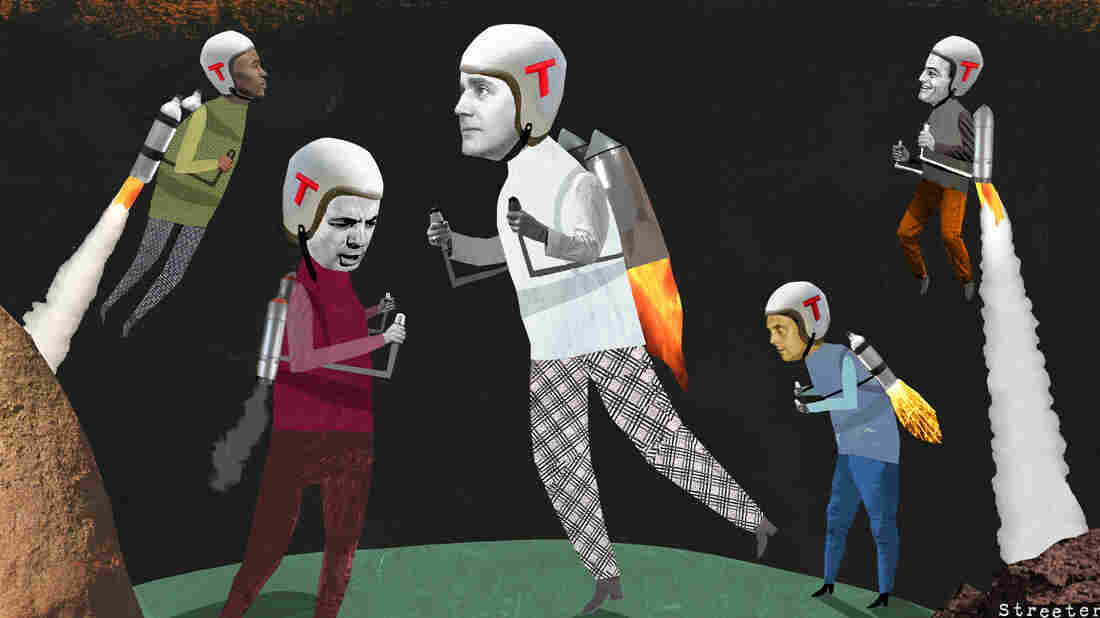 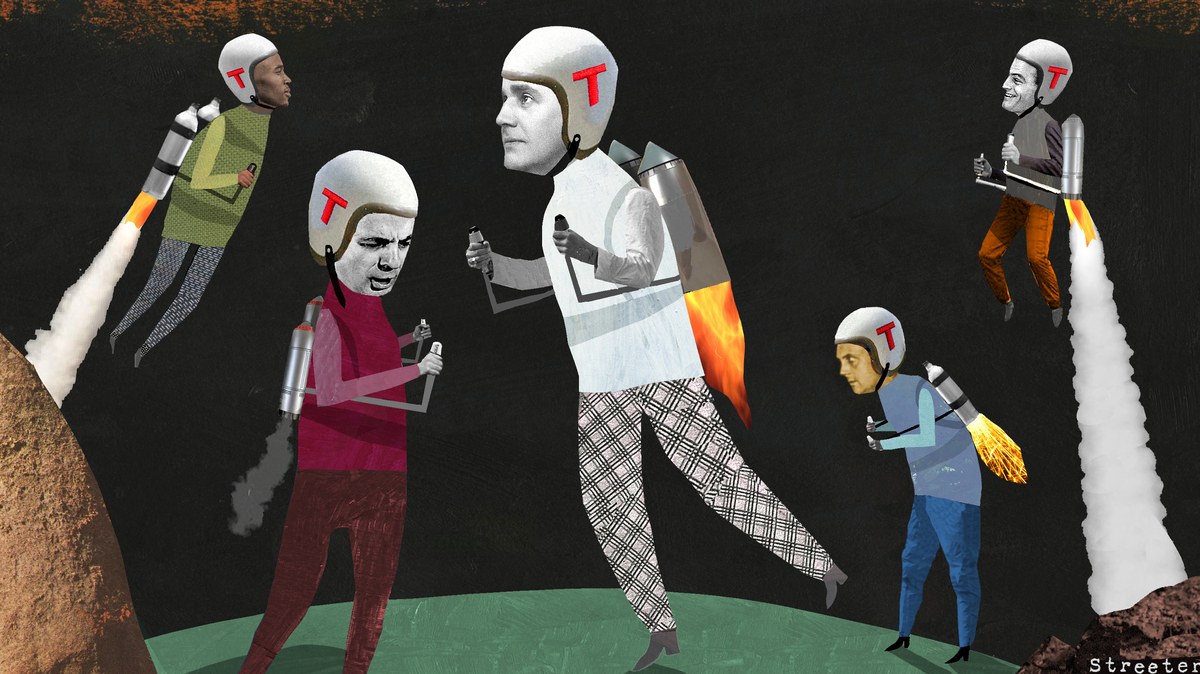 As men age, they lose testosterone — which some say affects their sense of well-being and sexual function. But for healthy older men, using supplemental testosterone as a remedy has been controversial. Past studies of the supplement's use have been relatively small, and the evidence about benefits and risks has been mixed.

Now a well-designed study published online Wednesday, in the New England Journal of Medicine, confirms certain benefits in sexual function and mood for some men 65 and over, at least in the first year. Though the gains were modest, and some tended to wane in the latter months of treatment, researchers say the findings are encouraging, and merit further research.

Dave Bostick, a retired vocational counselor in Pittsburgh, took part in the study. Bostick loves his wife, but when he got to his 60s, he says, he'd noticed some changes in himself — a decline in his sexual drive, and a drop in his enthusiasm for trying new things at work.

His lack of ambition was so noticeable, he tells Shots, that he decided it was time to retire. But he still wasn't really happy. And one day, while taking a course at the University of Pittsburgh, he was drawn to a posted notice about a new study.

The University of Pittsburgh was one of 12 sites nationwide that collaborated to look at the possible benefits of testosterone in older men whose levels of the hormone were below 275 ng per deciliter of blood — that's just below the wide range that many doctors consider "normal" for healthy, younger men.

The scientists screened more than 51,000 men who were 65 or older for their study, and from that group found 790 with low testosterone, as measured by a blood test. The researchers say the study wasn't designed to get at whether the men had lost the hormone more rapidly than others, or whether they produced less testosterone to begin with.

About half the participants were given testosterone gel, and the other half a placebo gel. Until the first year of the study was over, neither the participants nor the researchers knew which men were getting the placebo.

"The testosterone concentrations in the men in this trial [who got the active treatment] were increased, on average, to just the middle of the normal range for young men," says endocrinologist Dr. Peter Snyder, of the University of Pennsylvania, who led the study.

After a year, Snyder says, though the benefits were only moderate, it was clear that mood and physical activity had improved among the group that had been getting a boost of testosterone. And the biggest improvement, he says, was in sexual function.

Dave Bostick, it turned out, was in the group assigned testosterone. He did develop a more robust libido, he says. But even more important, he adds, he felt happier. He had more energy, and his enthusiasm for trying new things — new classes, new interests — was restored. His part of the study ended two years ago, but Bostick is still taking testosterone.

Past research has suggested that increasing testosterone levels might also increase the risk for of heart attack and stroke, or lead to prostate issues. But Snyder says, so far, his team of scientists has found no increase in adverse events among those taking the hormone.

Still, that doesn't mean testosterone supplements are safe to take long-term, he says. To get those answers, he says, far more research is needed — larger studies that last longer periods of time.

Even so, endocrinologist Dr. Eric Orwoll, with the Oregon Health And Science University, says the findings offer a bit more guidance for doctors and some patients.

"I think we can be confident that there is some benefit for some men," Orwoll says. "This is the first really well-designed and scientifically rigorous trial to get at the question of whether testosterone supplements provide benefit; we didn't have that information before."

"The average participant was 72 years of age," Orwoll notes in an editorial that accompanied the journal study. "Almost 90 percent of participants were white, most were obese, most had hypertension, more than one third had diabetes, and almost 20 percent had sleep apnea."

Most testosterone prescriptions these days are written for middle-aged men, Orwoll adds — not the demographic included in Snyder's study.

"We should not assume that the benefits, lack of benefits, or adverse-event profile observed in these studies would be similar in younger men, men with higher testosterone levels, or those with different demographic or clinical characteristics," Orwoll writes.

The supplement was given only to men with abnormally low testosterone — as measured by a blood test. Those men, Orwoll says, now have more information to inform their treatment choices.

"Some men would say, 'Yes! I want to take any chance that there might be that my sexual function will improve, even if it's modest,' " Orwoll says. "Other men will say, 'Geez, that doesn't sound very encouraging — I don't want to go to the trouble of using testosterone, particularly when we don't know about long-term risks.' "

The study, which cost $50 million, is ongoing; researchers will soon analyze supplemental testosterone's effect, if any, on cognitive function, bone health and the cardiovascular system.