Accessibility links
Academic Medical Centers Get An F In Sharing Research Results : Shots - Health News There's no excuse for not reporting all findings within two years of finishing a clinical study, says Yale University's Dr. Harlan Krumholz. He calls on his colleagues to do a better job.

Academic Medical Centers Get An F In Sharing Research Results

Academic Medical Centers Get An F In Sharing Research Results 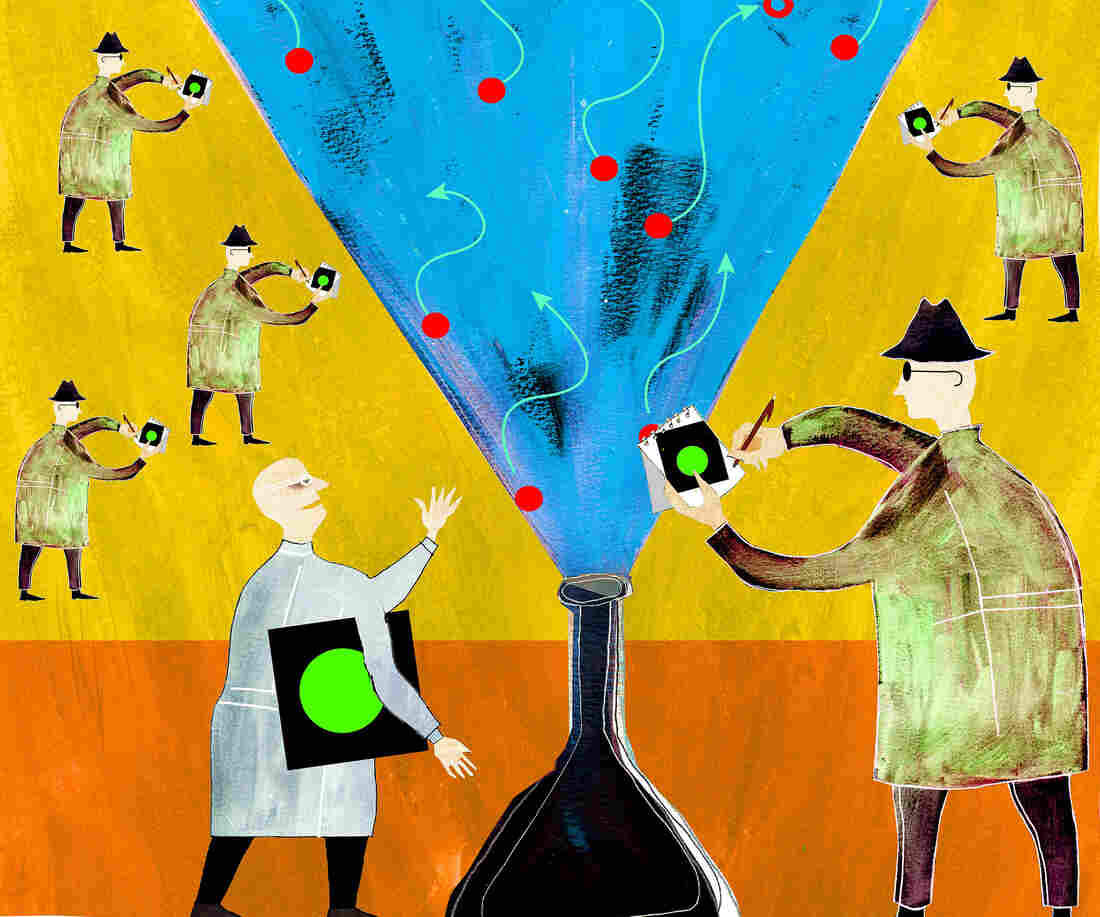 Who will check the study results if they aren't made public? Simone Golob/Corbis hide caption 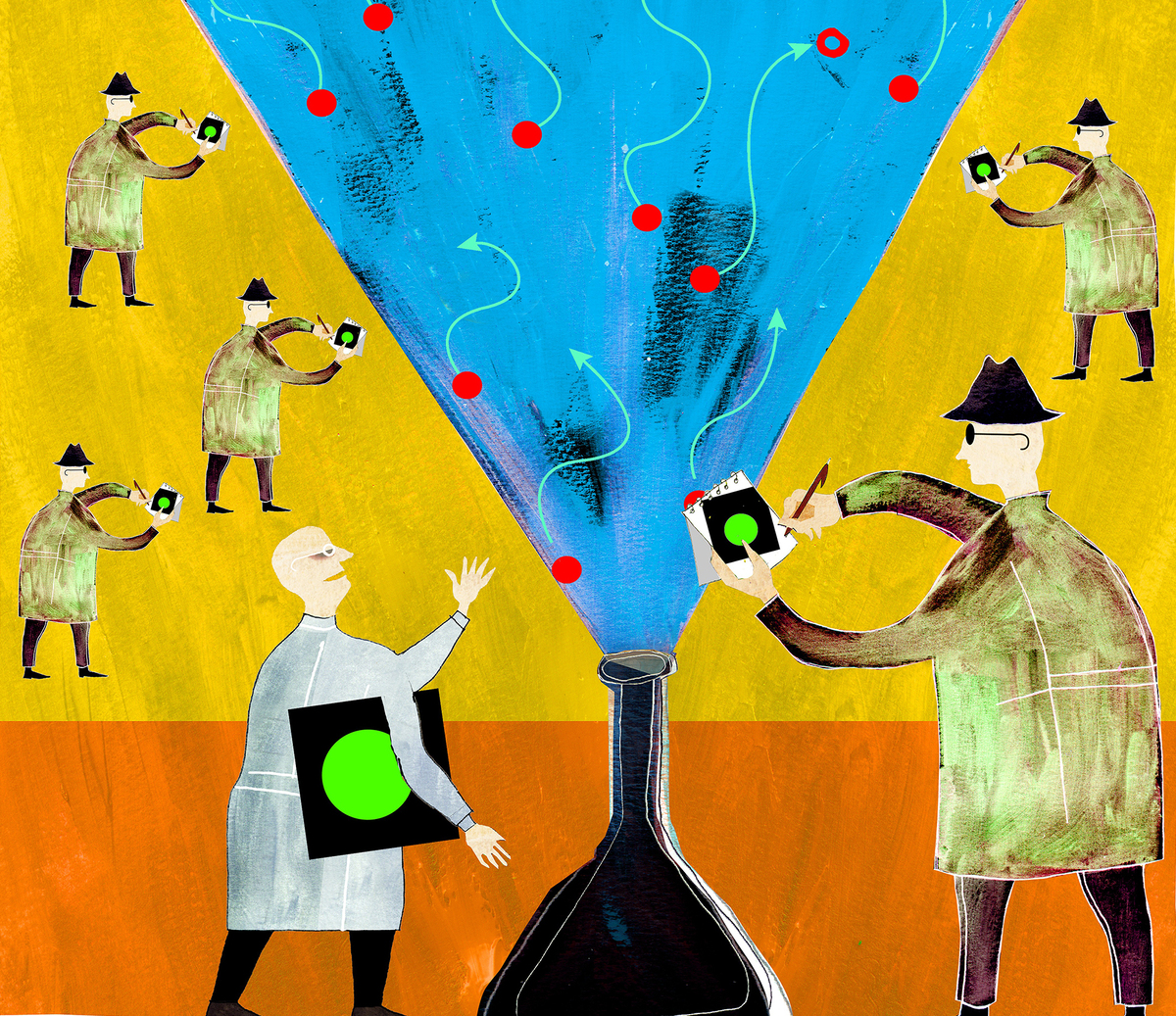 Who will check the study results if they aren't made public?

In a study powered by the labor of medical students, my colleagues and I found that two-thirds of clinical trials led by scientists at our finest academic institutions didn't share their results publicly within two years of the study's completion.

Moreover, none of these research institutions has a good record of sharing results. Many are much worse than the average.

For all the focus on the need to speed up science for cures, we have a bottleneck at our nation's bastions of research excellence. Too many times, study results are neither reported on the government website dedicated to that purpose, clinicaltrials.gov, nor published in a medical journal.

Our findings were published Wednesday in The BMJ, formerly the British Medical Journal.

The failure to share results is so pervasive that it seems inappropriate to blame individuals. Instead, it is a systemic problem. Academic medicine has fostered a culture in which the sharing of our results is considered discretionary, rather than mandatory. And if researchers decide to pass on sharing, there is no consequence to them.

Not reporting results violates the basic principle of the scientific method. It hurts patients, society and science. It also dishonors the people who gave their consent and bore the risk of participating in the studies. Who would agree to be in a study with the knowledge that the results wouldn't be shared?

It seems a fair assumption that these studies were worth doing and were designed to generate meaningful information. Academics at leading universities led these studies. Human studies oversight boards at these institutions approved these studies. Given all that, the holding back of the results impedes progress toward scientific breakthroughs, corrupts the medical literature and wastes research funding.

I am a strong advocate for data sharing and open science. I believe that scientists share data in the spirit of advancing knowledge. But those goals are a step beyond what we are talking about here: simply sharing the results of the research.

Some people are intent on finding the underlying factors within the culture that has produced this behavior. I have heard people say that they aren't eager to publish results that seem weak or counter to what they believe. Some claim that other responsibilities occupied their time or that they ran out of research funds in the final stages.

I must admit that I don't care. I don't want to study this problem further. I just want to see it fixed.

The problem isn't new. I first encountered the selective sharing of research findings during my work as an expert for plaintiffs in the Vioxx litigation 10 years ago and we subsequently published an article about it. Before that experience I never imagined that people would conduct human studies and not share results.

To investigate this issue further, colleagues and I took a broader look at research and found that this wasn't a problem unique to industry, but was pervasive throughout medicine. In a 2009 study, we were shocked to see that results of only about half of trials were published within four years of study completion.

Our first reaction was that we couldn't be right. We pored over our results to be sure they were true. We published them with trepidation because despite repeated checks, we still thought that someone would find an error. How could it be so bad?

And yet, our conclusions were true and others soon replicated the findings.

When we published a study that showed even results from studies funded by the National Institutes of Health commonly went unshared, our findings were met by disbelief at NIH until scientists there repeated the study and found the same thing.

As these studies emerged, industry began to adopt policies to ensure reporting and publication. But not academic institutions.

To zero in on this issue, the most recent study looks specifically at the performance of academic centers.

I teach at Yale University and one of my students, Ray Chen (now a resident at the University of California, San Francisco), wanted to do a meaningful study as part of his degree. We began talking about researchers not sharing their results. We thought it would be useful to produce a national report card for the leading academic institutions. They are, after all, ultimately responsible for the studies conducted under their auspices.

We didn't want to embarrass anyone, but we felt that maybe some stellar performers could help enlighten the others about how to improve.

There was only one problem: It would take a lot of work. I mean, a lot of work. There was no easy way to track down the information about study publications without going one by one and searching for them in many different ways.

Ray said that he thought he could recruit other medical students to help. They would have to spend hours tracking down whether studies led by people at the top academic institutions had shared results by reporting them on clinicaltrials.gov or publishing them.

The students persevered, knowing that they might be questioning the practices of the powerful. And they were dismayed by what they found.

What should be done about the problem? If I were a funder of research and the recipient academic institution didn't share the results, I would ask for a refund. If I were representing the interests of study participants, I would ask for apologies and forbid future research until there was a plan for sharing all results.

There's no excuse for not reporting all results within two years of finishing a study. And, I'd argue, the time should be much shorter. This is about taking science seriously and our commitment to move faster on behalf of patients and society.

This is medical research. It is ultimately about providing practical benefit. We have a moral imperative to share what we learn. We need the systems in place that guarantee researchers adhere to the final step of the scientific method and share what they find.

In the end, it would be particularly sweet if it were the labor of medical students that led the established researchers to correct their ways.

Harlan Krumholz is a cardiologist and the Harold H. Hines Jr. Professor of Medicine at Yale School of Medicine. He directs the Yale-New Haven Hospital Center for Outcomes Research and Evaluation and is a co-director of the Robert Wood Johnson Foundation Clinical Scholars Program.