Accessibility links
Hospitals In Rural Areas Are Closing Maternity Wards : Shots - Health News Facilities for delivering babies are expensive to run and hard to staff. But when small rural hospitals close their birthing units, pregnant women must travel much farther for care. 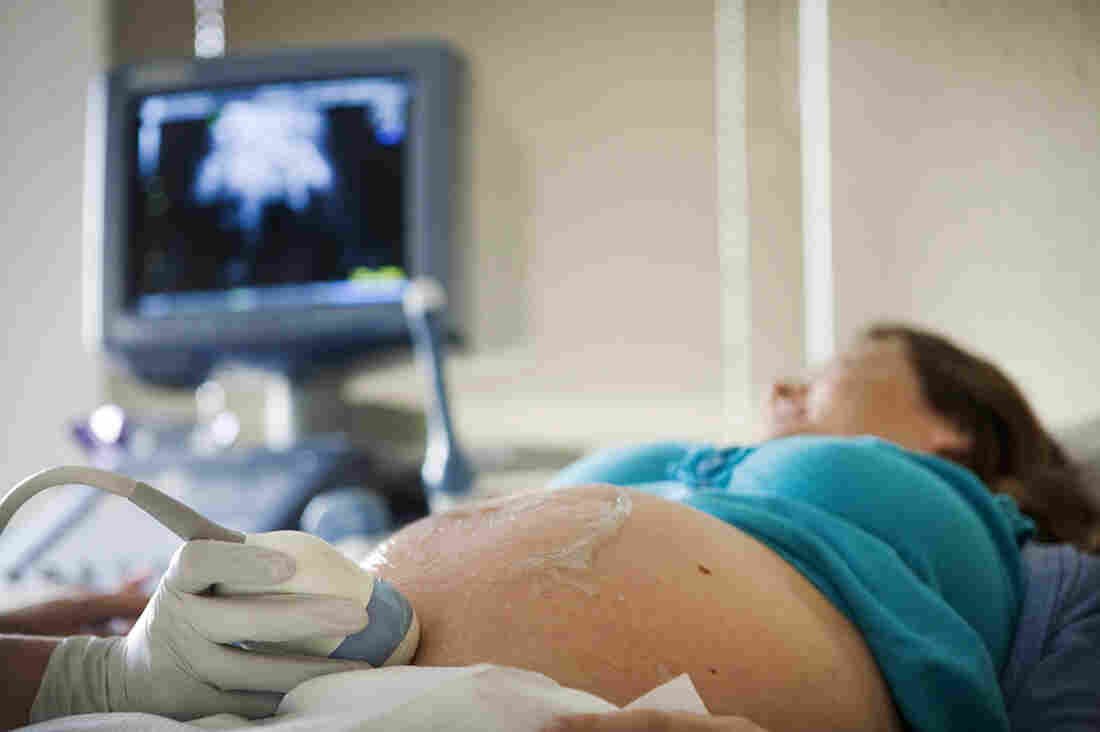 Most women get prenatal care from the doctor they expect will deliver the baby, which can make it difficult if the doctor and hospital are far away. Tim Hale/Getty Images hide caption 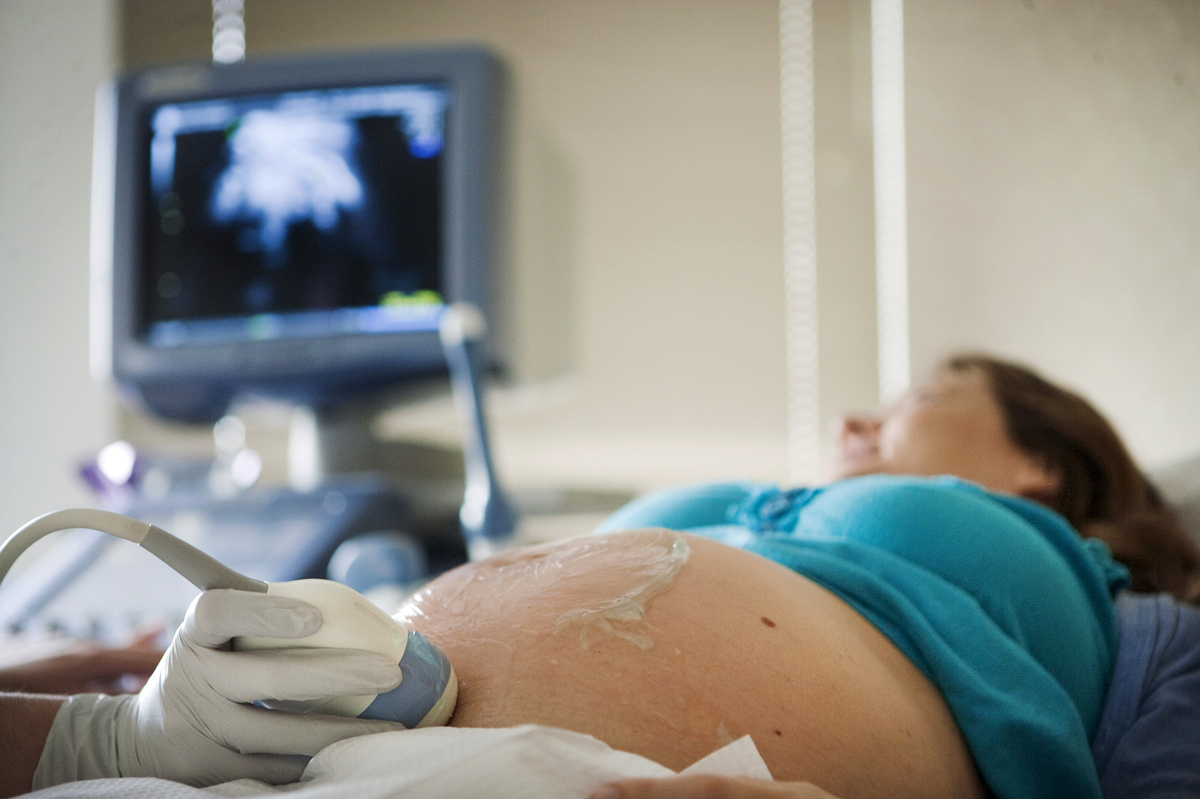 Most women get prenatal care from the doctor they expect will deliver the baby, which can make it difficult if the doctor and hospital are far away.

A few years ago, when a young woman delivered her baby at Alleghany Memorial Hospital in Sparta, N.C., it was in the middle of a Valentine's Day ice storm and the mountain roads out of town were impassable. The delivery was routine, but the baby girl had trouble breathing because her lungs weren't fully developed.

Dr. Maureen Murphy, the family physician who delivered her that night, stayed in touch with the neonatal intensive care unit at Wake Forest Baptist Medical Center in Winston-Salem, a 90-minute drive away, to consult on treatment for the infant.

"It was kind of scary for a while," Murphy remembers. But at the time the staff of the local, 25-bed hospital included Murphy, two other family physicians trained in obstetrics and experienced nurses — so the situation was manageable. Both mother and baby were fine.

Things are different now. Alleghany Memorial, like a growing number of rural hospitals, shuttered its labor and delivery unit several years ago. Pregnant women have to travel either to Winston-Salem or to Galax, Va., about 30 minutes away by car, weather permitting.

"It's a long drive for prenatal care visits, and if they have a fast labor" it could be problematic, says Murphy, who teaches at the Cabarrus family medicine residency program in Concord, N.C. For prenatal care, women typically see the physician they expect will handle the delivery, though that's not essential.

Each year, about 500,000 women in the United States give birth in rural hospitals, yet easy access to labor and delivery units has been declining. Though comprehensive figures are spotty, a recent analysis of 306 rural hospitals in nine states with large rural populations found that 7.2 percent closed their obstetrics units between 2010 and 2014.

"The fact that closures continue happening — over time that means the nearest hospital gets farther and farther away," says Katy Kozhimannil, an associate professor at the University of Minnesota School of Public Health. She co-authored the analysis, which appears in the January issue of Health Services Research.

There are many factors that contribute to the decline in rural hospital obstetrics services. For one thing, obstetrics units are expensive to operate, and a small rural hospital may deliver fewer than 100 babies a year.

"A labor and delivery unit is functionally no different than an intensive care unit," says Dr. Neel Shah, an assistant professor of obstetrics, gynecology and reproductive biology at Harvard Medical School. Staffing requirements are high in obstetrics — often one nurse for every patient — and the rooms typically include monitors, infusion pumps and other equipment.

It can be difficult to staff the units as well. Small rural hospitals may not have obstetricians on staff and may rely instead on local family physicians. It also can be difficult to get enough of these doctors to fully provide services for a hospital, and nurses with obstetrics experience can be scarce as well.

Meanwhile, bringing in the revenue needed to cover the costs involved in maintaining the units can be tough because insurance payments are often low.

Medicaid pays for slightly under half of all births in the United States, but in rural areas the proportion is often higher, says Kozhimannil. Since Medicaid pays about half as much as private insurance for childbirth, "the financial aspect of keeping a labor and delivery unit open is harder in rural areas," she says.

Advocates say there are a number of initiatives that could help bolster labor and delivery services in rural areas.

For example, encouraging medical professionals to move to rural areas is key, they say. A bipartisan bill introduced in Congress last year would require the federal government to focus efforts on areas that are experiencing a shortage in health professionals who specialize in maternity care. Such designations exist for primary care, mental health and dental care.

The National Health Services Corps awards scholarships and provides loan repayment to primary care providers who commit to serving for at least two years in a designated shortage area. Once they get to a community and put down some roots, the hope is that they'll stay.

Expanding the use of midwives and birthing centers could be cost effective, too, since they are generally less expensive than physicians and hospital obstetric units.

"You can deal with lower volume and still be sustainable," says Shah.

Kozhimannil sees great opportunity in the ongoing national dialogue about health reform. But so far, much of the research has focused on reforming health care in cities.

"That's why," she says, "it's crucial to have rural people at the table."