Accessibility links
Ithaca's Mayor Wants To Open A Safe Site For Heroin Users : Shots - Health News The goal is to reduce the city's death toll from heroin. But it would be breaking various laws unless Ithaca gets a pass from the governor and federal authorities. 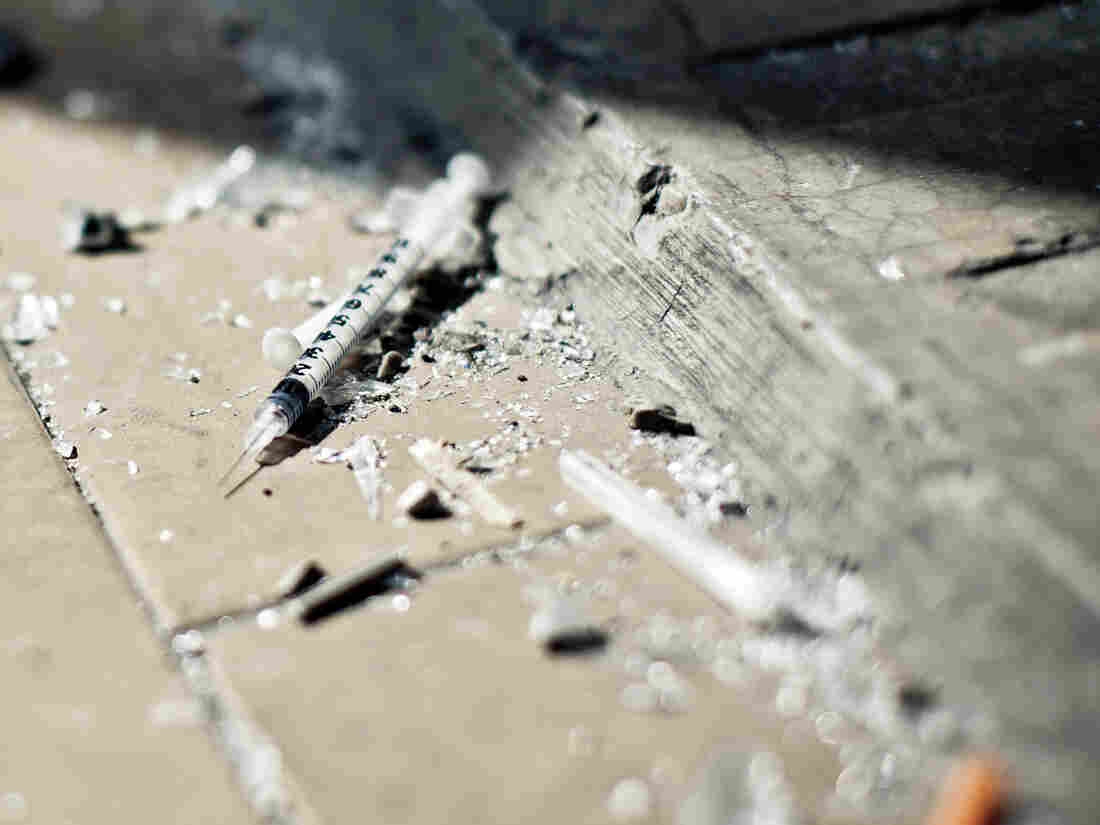 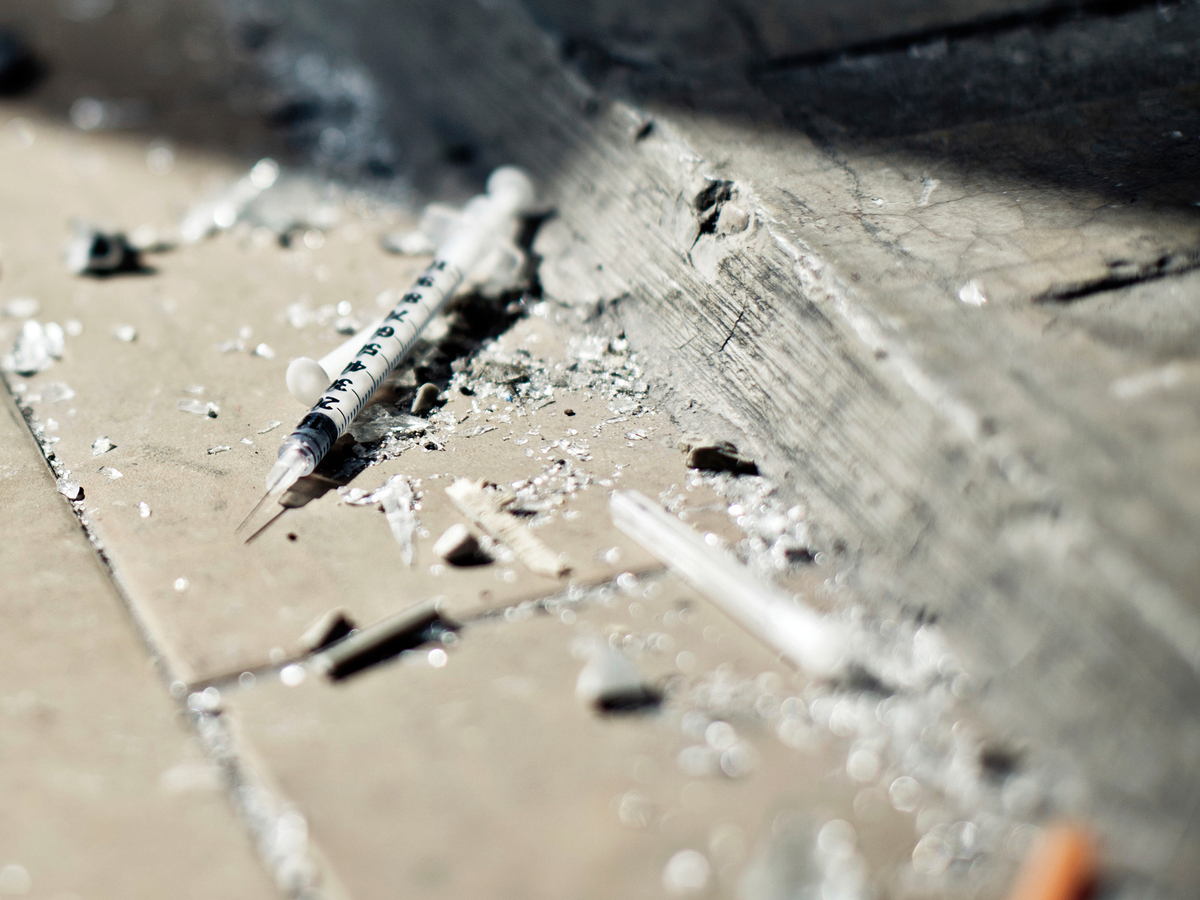 The mayor of Ithaca, N.Y., wants to create a place where people can use heroin or other drugs injected drugs under supervision, in an effort to combat soaring deaths from overdoses. But that's a lot easier said than done.

The idea is that people addicted to heroin or other injection drugs would show up at the facility. They're provided with clean needles, and trained medical staff stands vigilantly by with naloxone, an opioid overdose antidote, to prevent overdose deaths. Medical personnel don't help users get high, but would give care and referrals to addiction treatment programs.

But since the drug use is illegal, both the city and staff risk breaking laws, too.

If Mayor Svante Myrick wants the injection site to see the light of day, there are major legal hurdles he's going to have to surmount, says Leo Beletsky, a professor of law and health sciences at Northeastern University in Boston. The facility needs some kind of authorization or exemption from the state of New York, either by changing state law or as an executive action from the governor. Then Ithaca will need similar exemption at the federal level.

If Myrick can't get any of those things, there's another option he's looking to pursue. 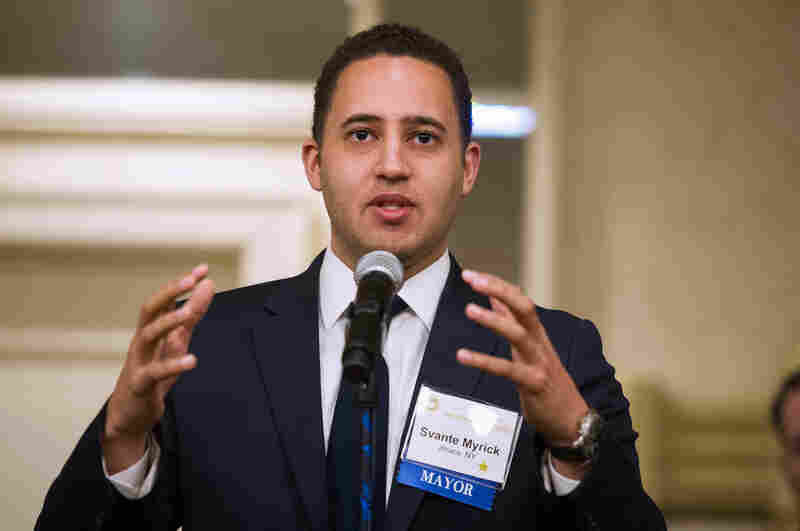 Mayor Svante Myrick of Ithaca, N.Y., says having a supervised facility for heroin users would reduce the toll on the community. Cliff Owen/AP hide caption 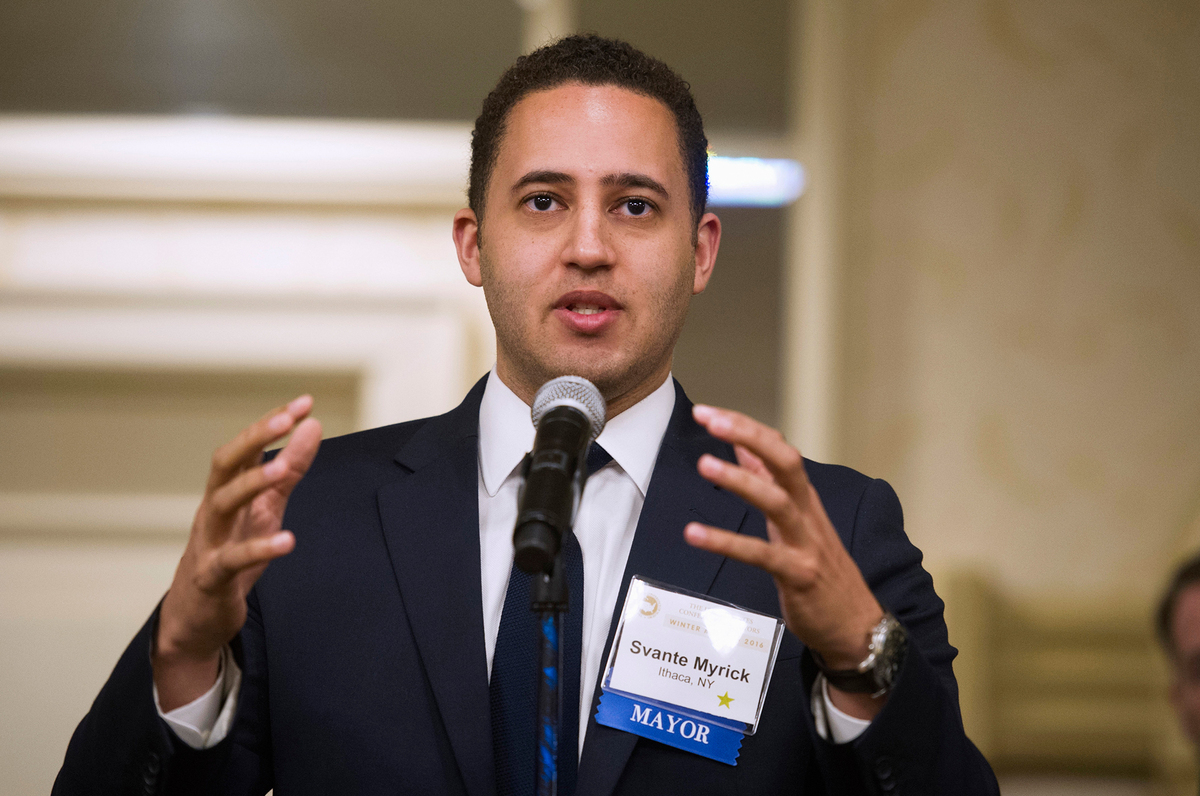 Mayor Svante Myrick of Ithaca, N.Y., says having a supervised facility for heroin users would reduce the toll on the community.

In 1992, the New York State Department of Health issued a state of emergency allowing public funding of needle exchange programs. "And they gave localities the power to make their own rules," Myrick, who says his father was an addict, told Shots. "I think we're in a similar state of emergency. We can't wait any longer." He hopes the state agrees.

Governor Andrew Cuomo's office did not respond to a request for a comment on Ithaca's plan. If no action comes from him and a medical state of emergency isn't declared, there is one last, defiant option. Ithaca could go ahead with it anyway.

Similar things have been done in the past, Beletsky notes. "You have the entire [marijuana] industry in the U.S. that's technically illegal under federal law, right? And yet it's functioning." The federal government is using its discretion not to go after people abiding by state law in states like Colorado, Beletsky notes, and that same concept could work on the state level. "Basically, if you play your cards right you can potentially do things that are illegal and yet are tolerated."

In other words, Governor Cuomo doesn't necessarily have to say yes. He just has to not say no. In a press conference Wednesday morning, Myrick said that he wouldn't pursue that route. "We've no interest in putting time and money into something that will get shut down later." But Myrick still has the option in his pocket, should he choose to take it out and create the first supervised injection facility in the United States.

Other countries have used safe injection sites for decades in an effort to reduce the death toll from heroin. The concept started in the 1980s in Europe. The first site to open in North America was in 2003 in Vancouver, Canada. After three years, the city showed large declines in people using injection drugs in public. Between 2004 and 2005, the medical staff made over 2,000 referrals for addiction treatment and other care a year. Researchers believe the Vancouver facility lowered overdose deaths by around 35 percent in its neighborhood and nearly 10 percent citywide.

But that doesn't mean people in Ithaca aren't worried. "Does Ithaca really need a government-run heroin shooting gallery?" writes William A. Jacobson, an Ithaca resident and Cornell University law professor, in his blog Legal Insurrection. "I have mixed feelings about such a location from a public policy perspective. The heroin scourge is real, I'm just not sure normalizing the use helps the problem."

And Ithaca's Chief of Police John Barber said in a press conference Wednesday morning that he disagrees with the creation of a supervised injection facility because heroin is still a controlled substance, although he does support other aspects of Mayor Myrick's plan.

Other community members have said they want and will welcome the facility, according to Myrick. The idea to create the site came from Ithaca residents in the first place. "Over the course of the last two years, we compiled what people suggested," he says. "And this plan is the response from the community."

Figuring this out will take time. Myrick says he expects the facility to open in a couple of years.