Accessibility links
Baltimore's Leana Wen: A Doctor For The City : Shots - Health News The 33-year-old health commissioner in Baltimore says that heading the city's health department is the fastest paced job she's had. Dr. Wen is an emergency physician by training. 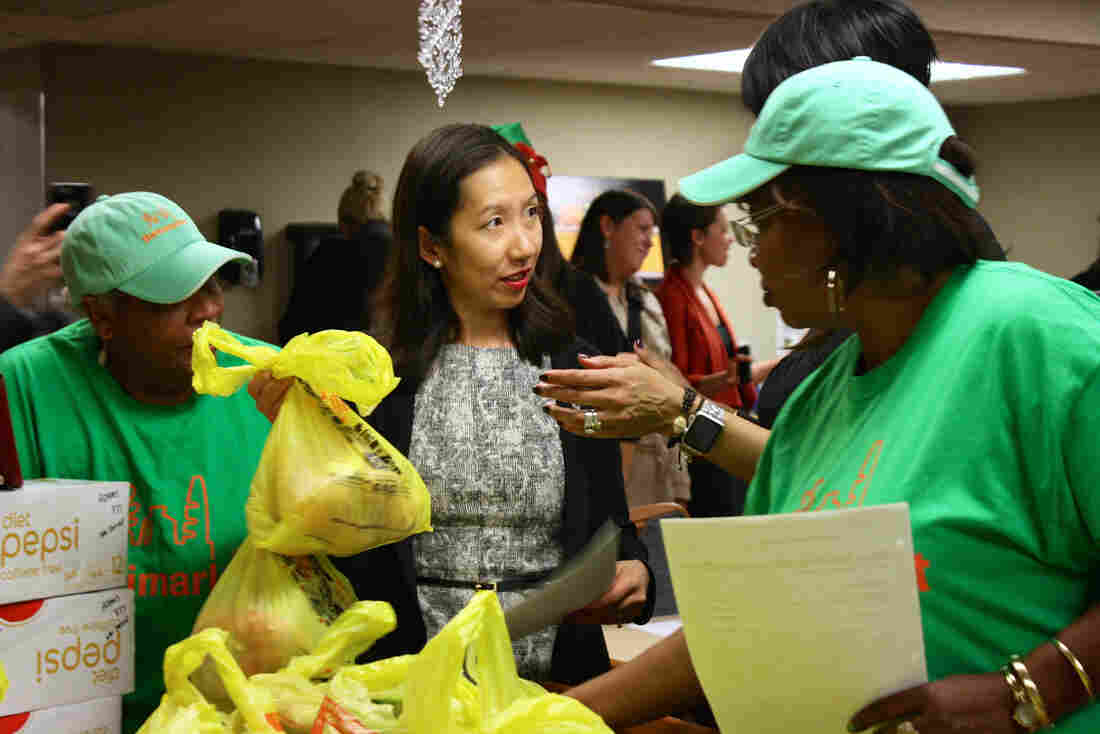 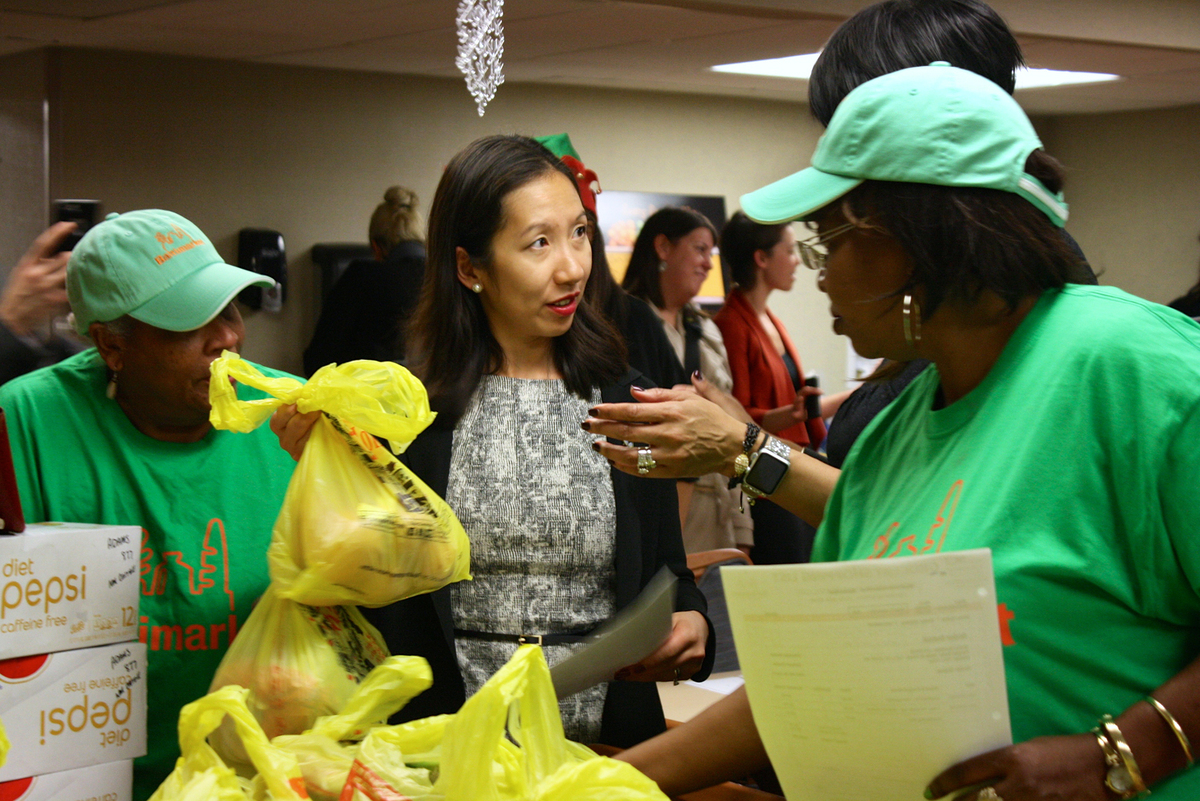 It's only March, but Baltimore City Health Commissioner Leana Wen already has an embarrassingly full calendar.

She's put together the city's plan for dealing with the Zika virus, launched a campaign against soda and other sugary beverages and overseen an investigation into why so many people in the city are overdosing on fentanyl.

Trained in emergency medicine, Wen, 33, says running the health department in Baltimore is the fastest-paced job she's had.

She sees herself as the city's doctor. Each overdose death weighs on her. "It's so real for me every day," Wen says. These drug-related deaths are preventable. "And when we don't do something about it or we don't do enough, we see the consequence of somebody dying," she says. "That is really immediate."

Her work comes with grave responsibility, and she savors it.

"One of the issues I faced as an emergency physician and what led me to this job in public health, is this feeling of helplessness," she says. She recalls the time a supervisor in medical school chided her for asking too many questions about a patient's home life. "You don't want to open Pandora's box, because you don't know what's in it," he told her. "And you don't know what to do about it."

Since becoming health commissioner in January 2015, Wen has spent a lot of time in the community asking – and answering – questions.

Early in her tenure, the city was rocked by unrest after the death of Freddie Gray in police custody. She worked on the city's response to the crisis while making the case that the episode underscored the importance of public health in Baltimore.

"This lady is everywhere. She goes where the problems are," says Carlos Hardy, founder of M-ROCC, Maryland Recovery Organization Connecting Communities, an organization focused on recovery services. "She looks you in the eye, and whatever your issue is, she gives the feeling that it's important to her. And that's a gift for ... a government official."

In her first year in government, Wen has also gained fans for the clear and convincing arguments she has made on behalf of public health.

"I was just astounded by her ability to take her medical background and medical perspective and apply that to public policy," says Ben Seigel, executive director of the 21st Century Cities Initiative at Johns Hopkins University.

For 10 months, Seigel led a federal team that assisted Baltimore officials in the aftermath of the Freddie Gray unrest. He says the most challenging part of working with Wen was getting her to understand what he calls "the realpolitik" of federal funding.

"Here are what your priorities are; here's what the price tag is. Well, now we've got to fit it into existing programs out there," he recalls telling her. "For her, because she's impatient, because she wants to see results right away, that can be a challenge." 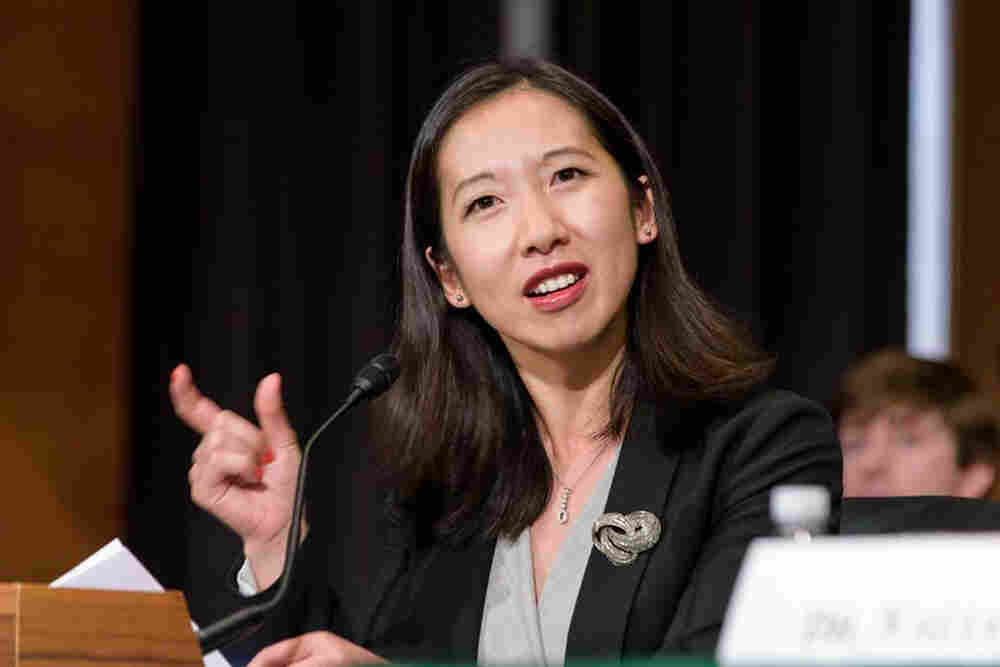 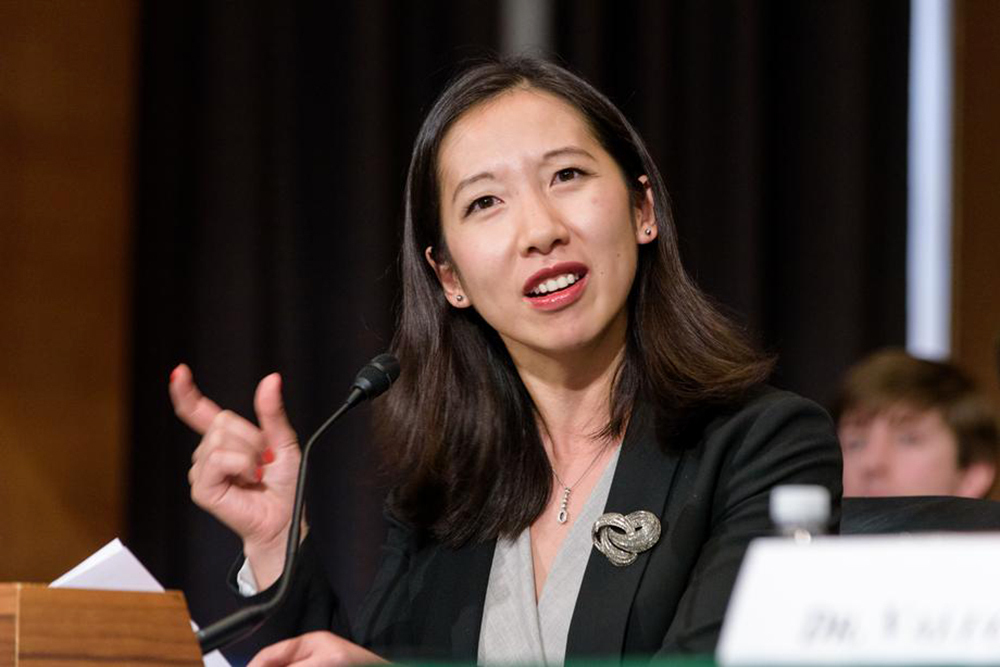 Dr. Leana Wen testifies on opioid abuse before the U.S. Senate Committee on Health, Education, Labor and Pensions in December 2015.

Wen acknowledges her impatience, calling it both a strength and a weakness.

"My strength is that I'm very action-oriented. I believe that you can't just have a vision. You have to get it done," she says. "I know a criticism could be and has been that I have a level of urgency to the work that may not be needed."

Some of that criticism has come from inside the health department, where there has been high turnover among her senior staff.

Her urgency is also something we've experienced, as we've chased her from community meetings and college campuses to City Hall and the halls of Congress.

She seizes any opportunity she has to give voice to her causes. But this wasn't always the case. Actually, it was quite the opposite.

Through childhood and into adulthood, Wen struggled with stuttering. For years, she hid her stutter, avoiding words she couldn't get out. Often she didn't talk at all.

"One of my earliest memories in school was that I was supposed to give this talk on the Roman Empire," she told a gathering of the National Stuttering Association last summer. "I was so terrified that I would stutter on the word 'Roman' that I actually stabbed myself with a pencil into my thigh, because I thought that would get me out of speaking in class."

Later, she wanted to study neuroscience but couldn't say the word so didn't register, she says. Midway through medical school, she was elected president of the American Medical Student Association, a position that came with a lot of public speaking responsibilities.

After suffering through a particularly trying period, she sought help. As part of therapy, Wen had to go out in public and say everything she wanted to say, without avoiding words or substituting thoughts. Her speech therapist, Vivian Sisskin, says after a shaky start Wen's impatience got the better of her.

"She didn't have patience for her own speech failures. It was unacceptable to her not to do the things she wanted to do," Sisskin says. "I think that's part of what drives her in a lot of ways. If she can do it, she's going to find a way to do it."

In government, there are moments completely outside of one's control. For Wen, one of those moments came in September 2015, when Baltimore Mayor Stephanie Rawlings-Blake announced she would not run for reelection.

The news came just eight months into Wen's time the health department. The departure of the woman who had brought Wen to Baltimore worried her. "I feel like we've finally gotten to the point where we've identified the landscape, identified the players, identified the stakeholders, gotten buy-in for the problems we have, and we're about to make significant change to really improve the health and wellbeing of our residents," she said in September. 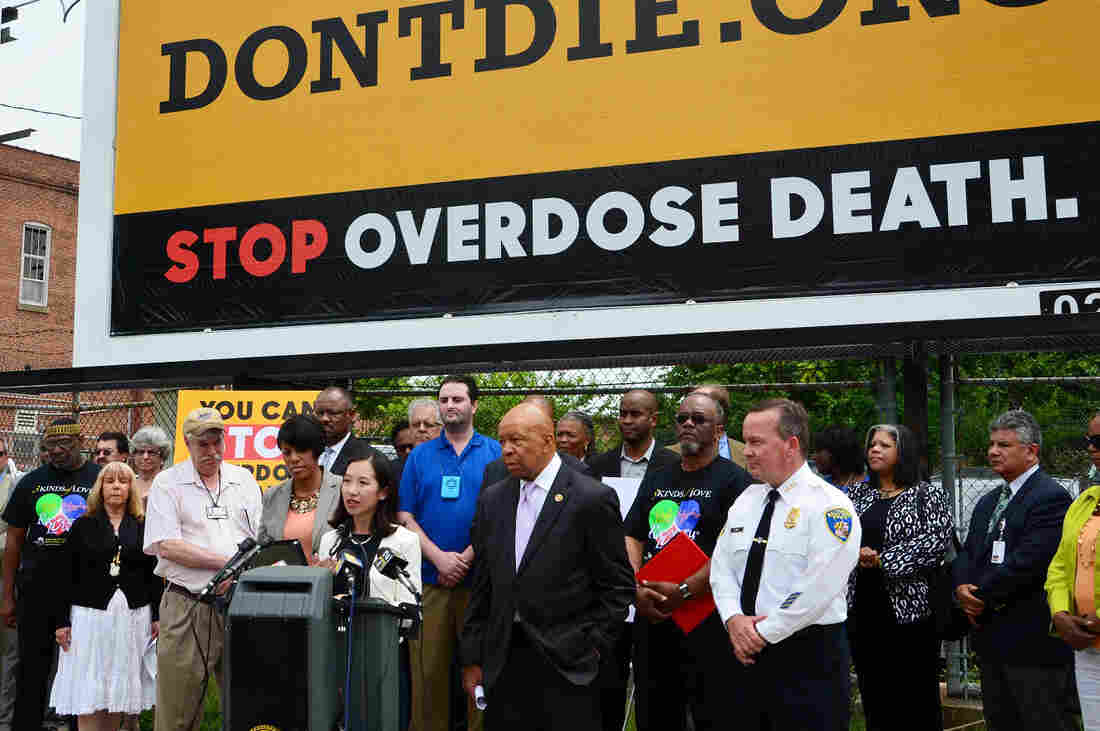 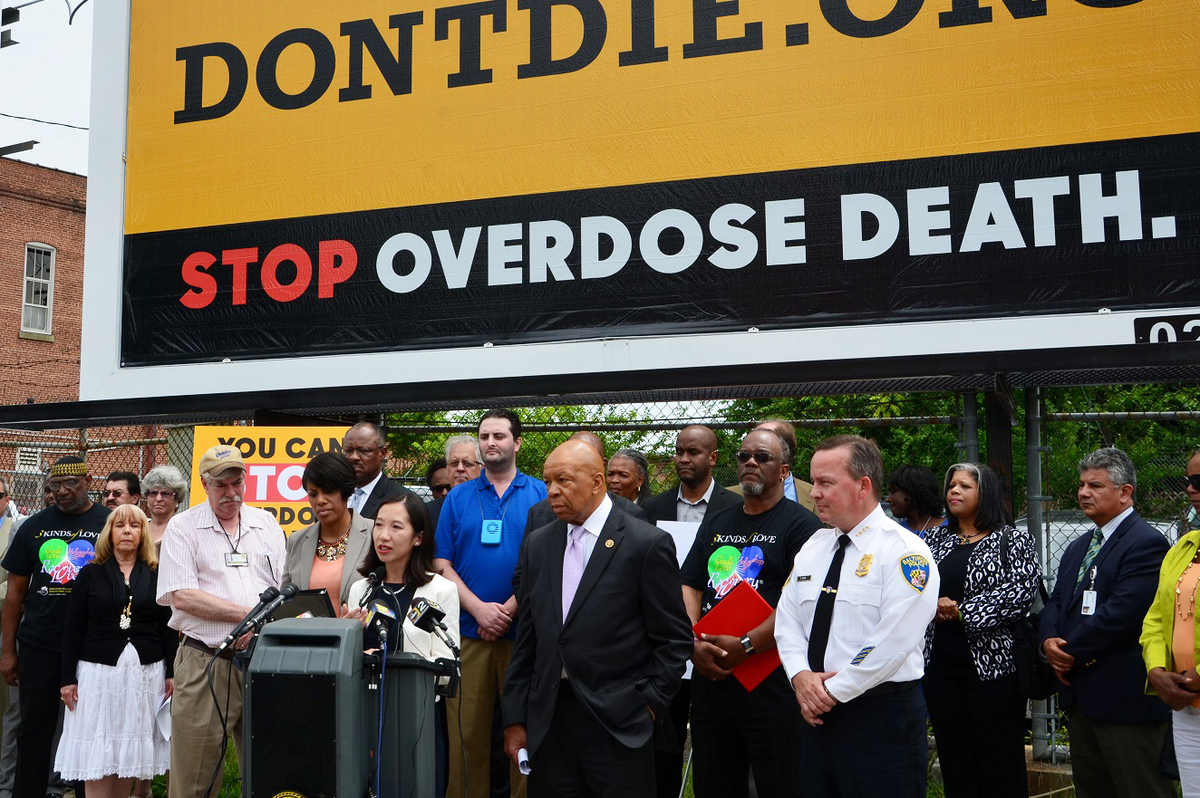 Now, Wen takes a more sanguine view. She says she's committed to staying on until Rawlings-Blake's term ends in January 2017. Wen also says she's interested in staying on beyond then, provided the next mayor supports her vision. She's made her agenda available to all the candidates.

"All I can do is do my job, do it really well, and serve our residents in the way that they deserve," she says.

Dr. Leana Wen has been a contributor to Shots since 2013. You can read her account of why she decided to become Baltimore's health commissioner here.