Accessibility links
People Learn To Turn On The Motivation Center In The Brain : Shots - Health News Volunteers learned to activate a part of the brain linked to motivation when they got feedback from an MRI. It's much more specific than older forms of biofeedback. But could it help change habits?

Could You Hack Your Brain To Get More Motivated?

Could You Hack Your Brain To Get More Motivated? 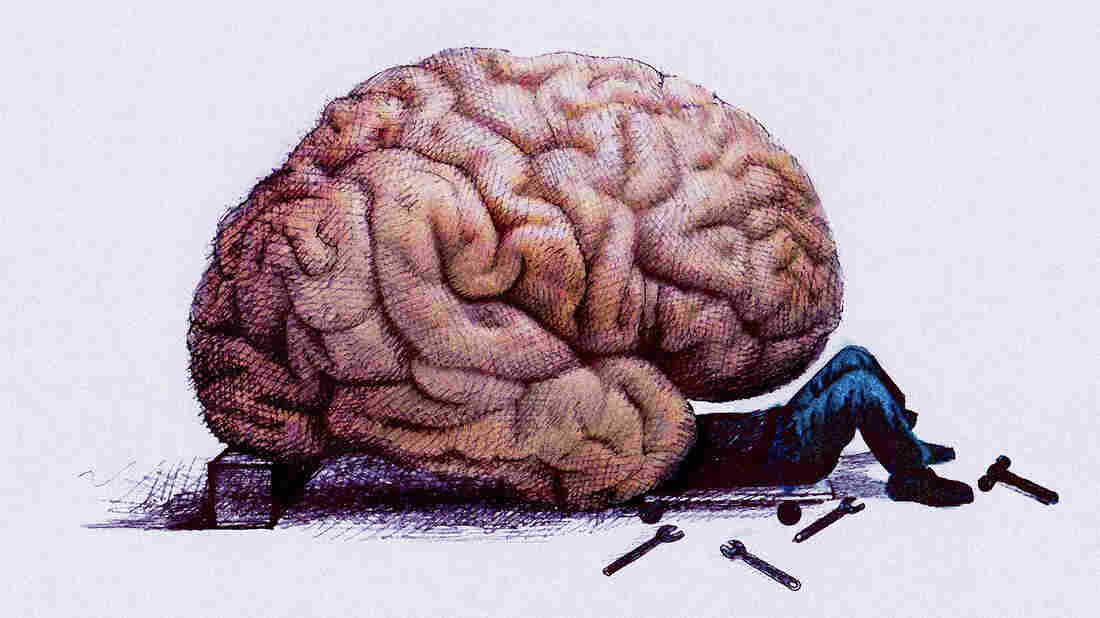 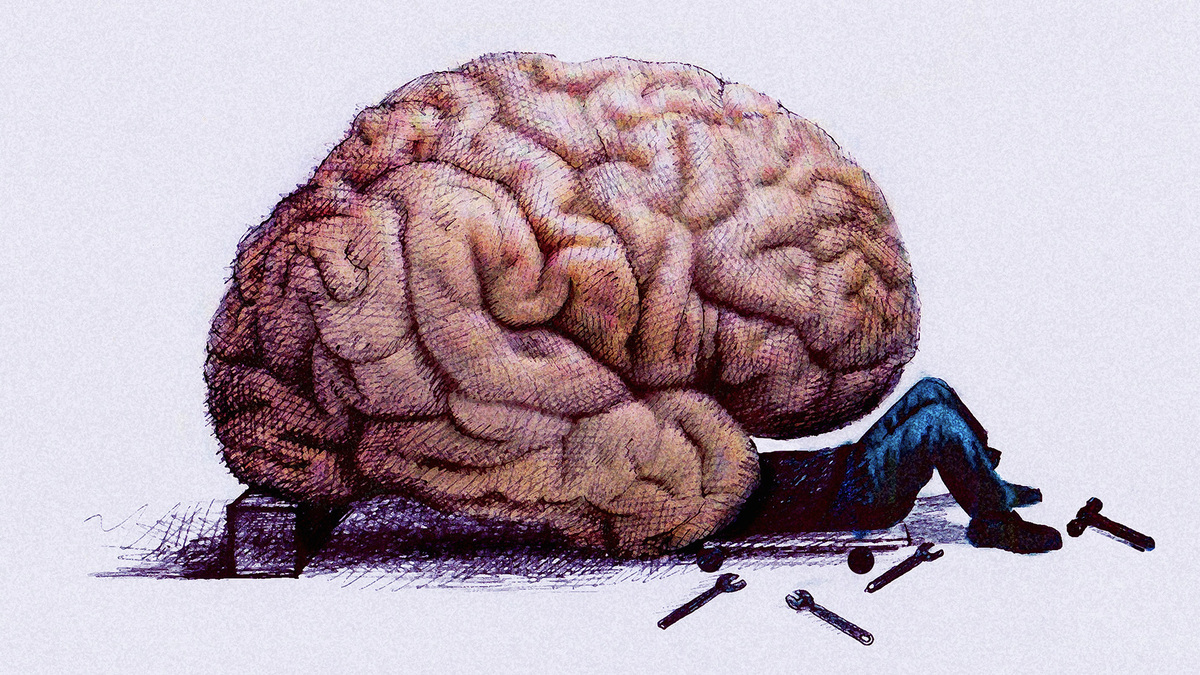 We know we should put the cigarettes away or make use of that gym membership, but in the moment, we just don't do it. There is a cluster of neurons in our brain critical for motivation, though. What if you could hack them to motivate yourself?

These neurons are located in the middle of the brain, in a region called the ventral tegmental area. A paper published Thursday in the journal Neuron suggests that we can activate the region with a little bit of training.

The researchers stuck 73 people into an fMRI, a scanner that can detect what part of the brain is most active, and focused on that area associated with motivation. When the researchers said "motivate yourself and make this part of your brain light up," people couldn't really do it.

"They weren't that reliable when we said, 'Go! Get psyched. Turn on your VTA,' " says Dr. Alison Adcock, a psychiatrist at Duke and senior author on the paper.

That changed when the participants were allowed to watch a neurofeedback meter that displayed activity in their ventral tegmental area. When activity ramps up, the participants see the meter heat up while they're in the fMRI tube.

"Your whole mind is allowed to speak to a specific part of your brain in a way you never imagined before. Then you get feedback that helps you discover how to turn that part of the brain up or down," says John Gabrieli, a neuroscientist at the Massachusetts Institute of Technology who was not involved with the work.

Using an fMRI for this kind of brain feedback is more effective than other, older tools like placing electrodes on the skull or EEG, Gabrieli says. "MRI lets you target a specific brain system or structure. EEG does not. When we're measuring electrical activity, we don't know really where it's coming from." He says he hasn't seen compelling evidence that EEG feedback, which is commercially available, has helped people change their behavior.

Two of the researchers, Kathryn Dickerson and Jeff MacInnes, tried the system out on themselves. Not everything worked. Dickerson said she tried thinking about different memories that left the feedback meter cold. "Zip lining was super fun, but [thinking about that] was just terrible and not effective at all."

So she switched strategies and tried giving herself a pep talk in the scanner. "I was like, 'Come on Katie. Move the thermometer. Just do it and move it.' And I just pumped myself up. That was very effective," she says. "It was exhilarating."

It was also exhausting, MacInnes says. "The experience of the task was very difficult. You're being asked to generate these intense motivational states for 20 seconds over multiple periods. It was very fatiguing for people."

Study participants had a similar experience, Adcock says. Some people sang Queen songs to themselves or imagined having an angry coach yell at them. "My personal favorite was running down a line with everyone giving you high-fives," Adcock says. When she took the feedback meter away, the participants were still able to light up their ventral tegmental area by thinking about the same things.

People really are changing their mood when they're doing this, Adcock thinks. They're really becoming more focused and eager. And it seems the effect begins reaching out to parts of the brain involved with learning and memory,

"We think that's exciting because it shows after this training, something changed, Dickerson says. "The brain isn't quite the same." She thinks people might be achieving a state of mind that's more conducive to learning and motivation.

If that's true, it would be extraordinarily useful, Gabrieli says. Using MRIs to exert control over certain parts of our brain has been done before, he says. "[But this] is the first study to show it can be applied to the most important brain structure for human motivation. That could be very valuable for things people want to accomplish in life."

Or it might be applied to habits that are really hard to start or break, Gabrieli says. "The hugely exciting piece of this is whether now people can use this upcoming research to gain control of behaviors that are challenging," he says. "Healthy habits, eating habits, stopping to smoke and can a person with addiction use this successfully?"

And it might someday be a clinical tool. For instance, this particular cluster of neurons in the midbrain is part of the dopamine system. Adcock thinks activating the neurons in this way might also be releasing dopamine that could replace drug therapy for certain disorders.

But nobody knows if this actually changes brain chemistry. MacInnes says there are more experiments and tests they need to see if the brain activation they're seeing actually does release dopamine or other neurochemicals.

Even if it does, Adcock says it's definitely not affecting neurochemicals as much as a medication like Adderall, which is used to treat ADHD.

And Adcock hasn't yet studied whether anyone actually changed their behavior after the sessions in the MRI.

Since the study, people have been trying the same strategies to motivate themselves in their daily lives, according to Adcock. If it's working, brain training in an MRI might be a way for us to tap into our mind's circuitry for willpower.

That, Gabrieli says, would be terrific.