Accessibility links
Former Clinic Owner Sues Ministry Group Over Vandalism : Shots - Health News Two years after the only health clinic that provided abortions in Northwest Montana's Flathead Valley was destroyed, its former owner is suing a local ministry group and others for damages. 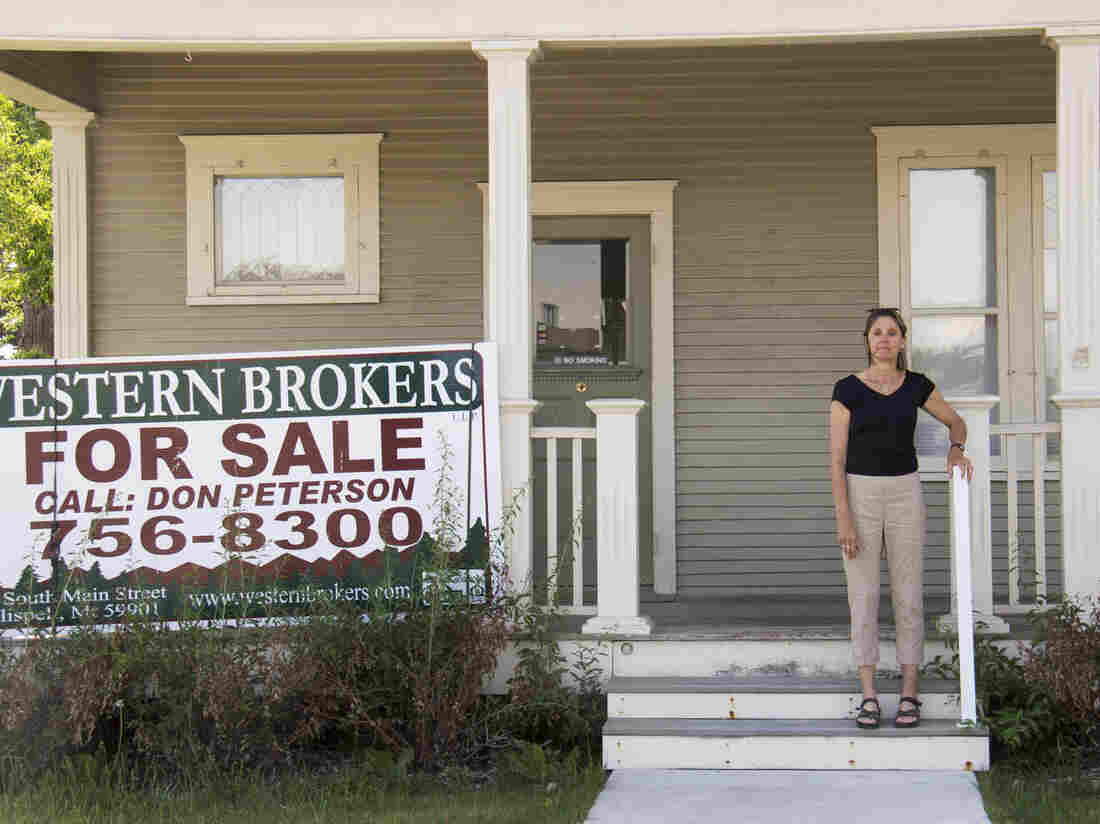 Susan Cahill, owner of All Families Healthcare, stands in front of the first building in Kalispell, Mont., where she offered abortion services. After vandalism closed her last clinic down, Missoula became the nearest place for women in the Flathead Valley to find abortion services. Corin Cates-Carney/MTPR hide caption 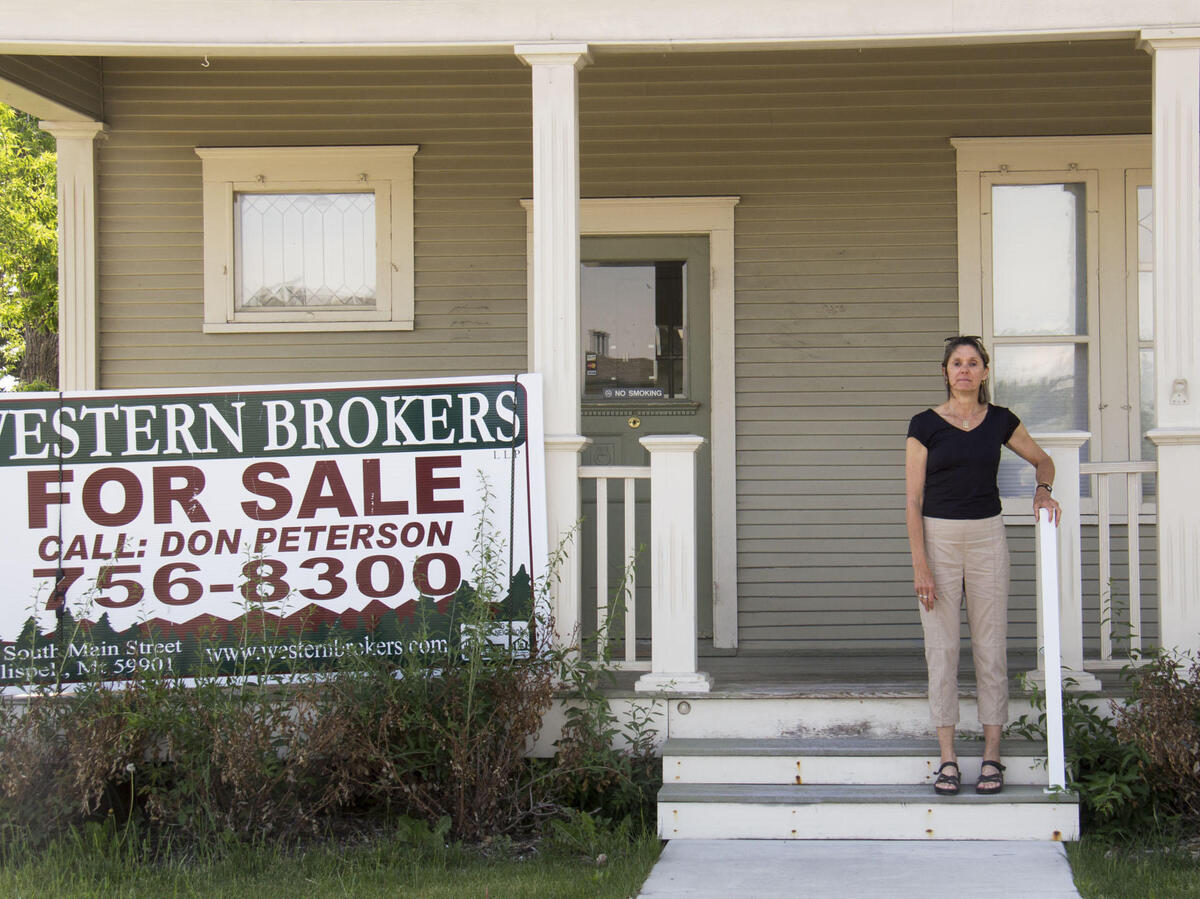 Susan Cahill, owner of All Families Healthcare, stands in front of the first building in Kalispell, Mont., where she offered abortion services. After vandalism closed her last clinic down, Missoula became the nearest place for women in the Flathead Valley to find abortion services.

All Families Healthcare was vandalized by Zachary Klundt in March 2014. Last spring, he was sentenced in a criminal trial. In an affidavit, police describe destruction to the clinic's art, iodine all over the floor and severe damage to the building's heating and plumbing. Klundt later said he broke into the clinic looking for prescription drugs. But Susan Cahill, the physician assistant who owned the clinic, doesn't believe that story.

Klundt pleaded guilty to three felony charges. He was sentenced to 20 years with 15 years suspended and ordered to pay Cahill and other victims more than $600,000 in restitution. He apologized to Cahill at the end of that trial, though Klundt is appealing his case to the Montana Supreme Court.

Last month, Cahill filed a civil suit alleging that Klundt wasn't the only person responsible for the destruction of her business. Cahill names Zachary Klundt, his parents, Hope Pregnancy Ministries of Kalispell, Mont., and that organization's executive director as defendants. She is suing for damages for, among other things, loss of her business, emotional distress and putative damages for "defendants' malicious actions."

"If I can do anything to help stop this assault on women's reproductive health and lives, I'm going to. It's not just about me, although yes, I would like some compensation," Cahill says. "I'm not just going to sit down and play dead."

In the civil case, Cahill alleges that Klundt was an instrument of Hope Pregnancy Ministries to stop her from performing abortions.

Klundt's mother, Twyla Klundt, served on its board of directors at the time of the vandalism and resigned from the position immediately after.

"The vandalism of All Families Healthcare was deplorable and regrettable, but it has nothing to do with Hope Pregnancy Ministries," board chair Joanna Wirth said in a written statement.

The civil suit filed in Montana's Flathead District Court says that on December 13, 2013, Michelle Reimer, executive director of Hope Pregnancy Ministries, purchased the building in which Cahill had a medical office in Kalispell, and subsequently evicted her.

The suit says Cahill relocated her practice in mid-February 2014, and Klundt vandalized it the following month. It was the only health clinic that provided abortions in Northwest Montana's Flathead Valley. Cahill has been unsuccessful in finding a new building for her business.

"I can't open my own place again because no one is going to rent to me. And I don't know if I had a place if I have the heart to start all over again," Cahill said.

Cahill now works as a receptionist in her husband's acupuncture therapy business.

Cahill says she has not seen any of the restitution Klundt was ordered to pay, and has been told by the county attorney's office that she is unlikely to see much of it, if any, because Klundt won't be earning much money over his lifetime.

Cahill has demanded a jury trial in her civil suit. The named defendants have until the end of March to respond.

In response to a Montana Public Radio request for comment, a statement released by Hope Pregnancy Ministries said, "Hope Pregnancy Ministries has, for the past 17 years, provided compassionate care to thousands of men and women in this community, and will continue to do so regardless of baseless allegations intended to malign an organization which has always been above reproach."

The statement also said, "A number of inaccuracies and untruths have been included in recent press releases and media reporting on this matter. Hope Pregnancy Ministries will issue its own press release at a later date to correct the erroneous statements that have been made."

Evidence Used For The Trial

These photos of a series of text messages between Zachary Klundt and his mother were part of the criminal case against Klundt. The James Armstrong to which they refer was the the first abortion provider in the Flathead after Roe v. Wade and hired Cahill. She opened All Families Healthcare when Armstrong retired in 2006. Photos provided by the attorney representing Susan Cahill in her civil lawsuit against Klundt, his parents and Hope Pregnancy Ministries.