Accessibility links
The Supreme Court Ruling That Led To 70,000 Forced Sterilizations : Shots - Health News In the first half of the 20th century, American eugenicists used forced sterilization to "breed out" traits they considered undesirable. Adam Cohen tells the story in his new book, Imbeciles. 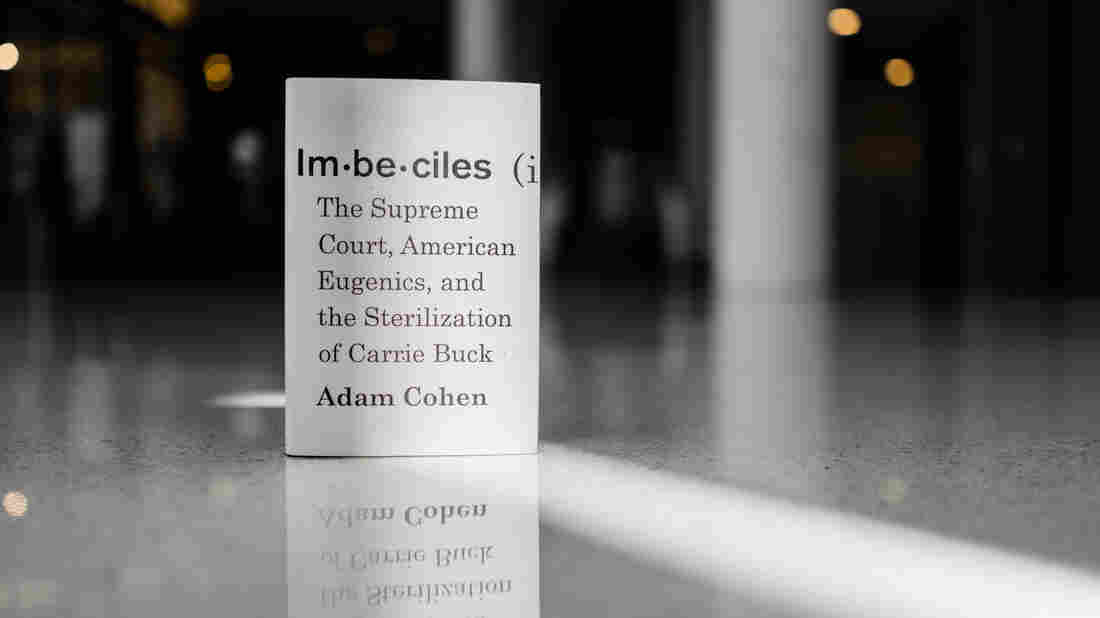 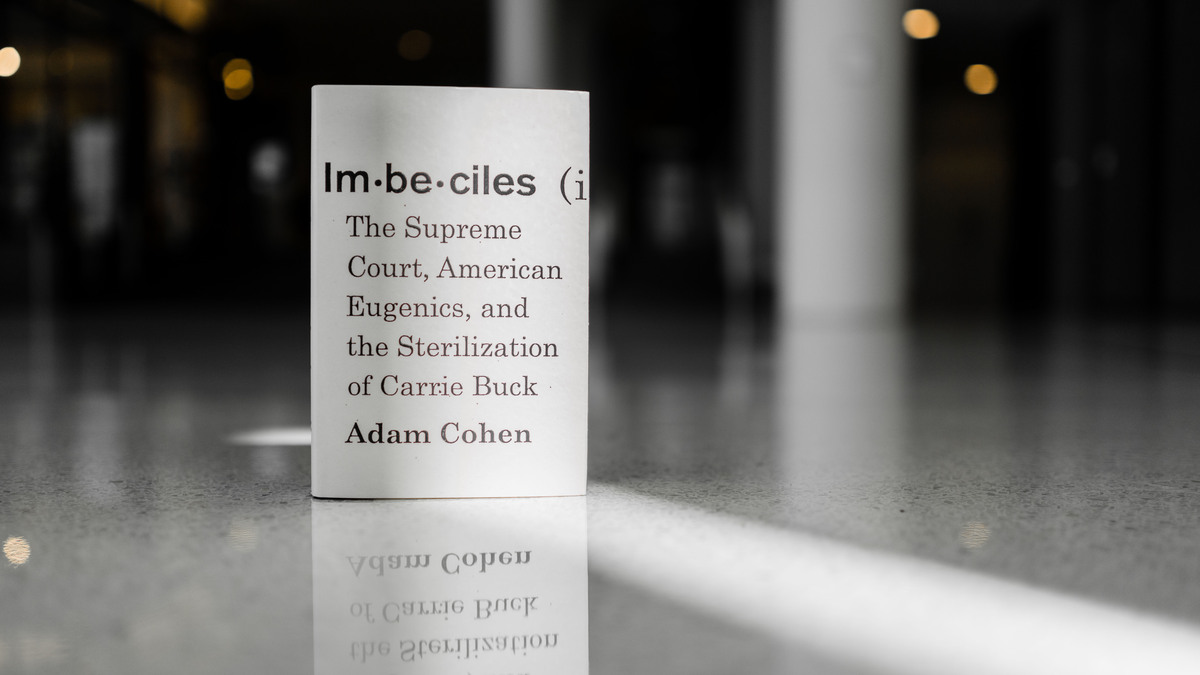 In 1927, the U.S. Supreme Court decided, by a vote of 8 to 1, to uphold a state's right to forcibly sterilize a person considered unfit to procreate. The case, known as Buck v. Bell, centered on a young woman named Carrie Buck, whom the state of Virginia had deemed to be "feebleminded."

"There were all kinds of categories of people who were deemed to be unfit [to procreate]," Cohen says. "The eugenicists looked at evolution and survival of the fittest, as Darwin was describing it, and they believed 'We can help nature along, if we just plan who reproduces and who doesn't reproduce.' "

All told, as many as 70,000 Americans were forcibly sterilized during the 20th century. The victims of state-mandated sterilization included people like Buck who had been labeled "mentally deficient," as well as those who who were deaf, blind and diseased. Minorities, poor people and "promiscuous" women were often targeted. 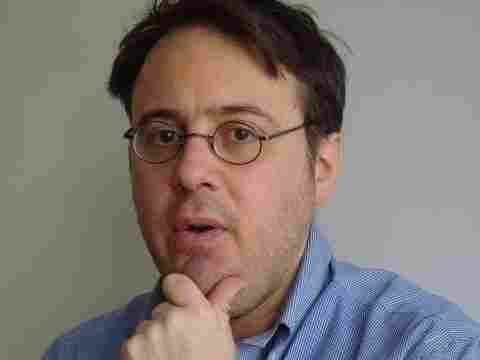 Cohen's new book about the Buck case, Imbeciles, takes its name from the terms eugenicists used to categorize the "feebleminded." In it, he revisits the Buck v. Bell ruling and explores the connection between the American eugenics movement and the rise of the Nazi party in Germany.

Cohen notes that the instinct to "demonize" people who are different is still prevalent in the U.S. today, particularly in the debate over immigration.

"I think these instincts to say that we need to stop these other people from 'polluting us,' from changing the nature of our country, they're very real," Cohen warns. "The idea that those who don't remember the past are condemned to repeat it — it's very troubling that we don't remember this past."

On the case of Carrie Buck

This is this poor young woman, really nothing wrong with her physically or mentally, a victim of a terrible sexual assault, and there's a little hearing, she's declared feebleminded and she gets sent off to the colony for epileptics and feebleminded. ... 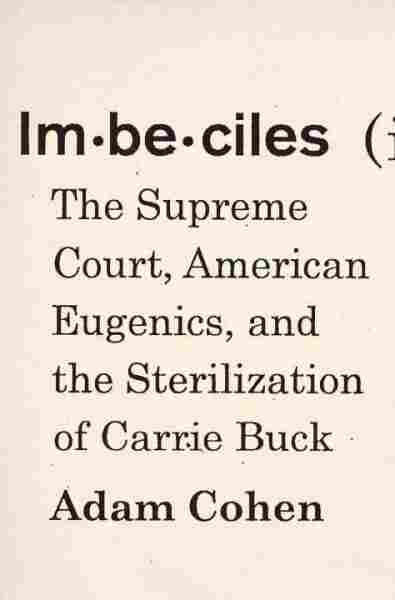 The Supreme Court, American Eugenics, and the Sterilization of Carrie Buck

When she's at the colony, the guy who is running the colony, Dr. Albert Priddy, is on the prowl. He's looking for someone to put at the center of this test case that they want to bring, so he's looking for someone to sterilize, and he sees Carrie Buck when she comes in, he does the examination himself, and there are a lot of things about her that excite him. She is deemed to be feebleminded, she has a mother who is feebleminded, so that's good because you can show some genetics, and then they're hoping that [her] baby could be determined to be feebleminded too, then you could really show a genetic pattern of feeblemindedness. The fact that she had been pregnant out of wedlock was another strike against her. So he fixes on her and thinks Carrie Buck is going to be the perfect potential plaintiff. ...

He chooses her, and then under the Virginia law, they have to have a sterilization hearing at the colony, which they do and they give her a lawyer (who is really not a lawyer for her; it's really someone who had been the chairman of the board of the colony and was sympathetic to the colony's side) and they have a bit of a sham hearing where she is determined to be a suitable person for sterilization; they vote to sterilize her, and that is the order that then gets challenged by Carrie as the plaintiff first in the Virginia court system and then in the Supreme Court.

On why he considers Buck v. Bell to be one of the worst Supreme Court decisions in American history

If you start by just looking at all the human misery that was inflicted, about 70,000 Americans were sterilized as a result of this decision, so that's an awful lot of people who wanted to have children who weren't able to have children. Also, we have to factor in all the many people who were being segregated, who were being held in these institutions for eugenic reasons, because they were feebleminded, whose lives unfolded living in places like the colony, rather than living in freedom. Beyond the human effect though, there was something just so ugly about this decision and when [we] think about what we want the Supreme Court to be, what the founders wanted the Supreme Court to be, it was supposed to be our temple of justice, the place that people could go when all the other parts of our society, all the other parts of the government, were not treating them right.

The eugenicists saw two threats to the national gene pool: One was the external one, which they were addressing through immigration law; the other was the internal one — what to do about the people who were already here. They had a few ideas.

The first eugenics law in the United States was passed in Connecticut in 1895, and it was a law against certain kinds of marriages. They were trying to stop certain unfit people from reproducing through marriage. It wasn't really what they wanted, though, because they realized that people would just reproduce outside of marriage.

More About The American Eugenics Movement

So their next idea was what they called segregation. The idea was to get people who were deemed unfit institutionalized during their reproductive years, particularly for women, keep them there, make sure they didn't reproduce, and then women were often let go when they had passed their reproductive years because they were no longer a threat to the gene pool. That had a problem too, though. The problem was that it would be really expensive to segregate, institutionalize the number of people the eugenicists were worried about. ...

Their next idea was eugenic sterilization and that allowed for a model in which they would take people in to institutions, eugenically sterilize them, and then they could let them go, because they were no longer a threat. That's why eugenic sterilization really became the main model that the eugenicists embraced and that many states enacted laws to allow.

"Feebleminded" was really the craze in American eugenics. There was this idea that we were being drowned in a tide of feeblemindedness — that basically unintelligent people were taking over, reproducing more quickly than the intelligent people — but it was also a very malleable term that was used to define large categories of people that again, were disliked by someone who was in the decision-making position. So, women who were thought to be overly interested in sex, licentious, were sometimes deemed feebleminded. It was a broad category and it was very hard to prove at one of these feeblemindedness hearings that you were not feebleminded.

On the involuntary sterilization procedure

For men it was something like a vasectomy. For women it was a salpingectomy, where they cauterized the path that the egg takes toward fertilization. It was, in the case of women, not minor surgery and when you read about what happened, it's many, many days of recovery and it had certain dangers attached to it, and a lot of the science was still quite new. ...

When you add onto all that, the fact that in many, many cases the women involved were not told what was being done to them, they might be told that they were having an appendectomy, they weren't being told that the government has decided that you are unfit to reproduce and we're then going to have surgery on you, so that just compounds the horror of the situation.

On how the Nazis borrowed from the U.S. eugenics sterilization program

We really were on the cutting edge. We were doing a lot of this in the 1910s and 1920s. Indiana adopted a eugenic sterilization law, America's first in 1907. We were writing the eugenics sterilization statutes that decided who should be sterilized. We also had people who were writing a lot of what might be thought of as pro-Aryan theory. So you have people like Madison Grant who wrote a very popular book called The Passing of a Great Race, which really talked about the superiority of Nordics, as he called them, and how they were endangered by all the brown people and the non-Nordics who were taking over.

On a 1924 immigration law, which was inspired by eugenicists, that prevented Anne Frank's family from entering the U.S.

Under the old immigration laws where it was pretty much "show up," they would've been able to emigrate, but suddenly they were trapped by very unfavorable national quotas, so this really was a reason that so many Jews were turned away.

One very poignant aspect of it that I've thought about as I was working on the book is in the late '90s some correspondence appeared, was uncovered, in which Otto Frank was writing repeatedly to the State Department begging for visas for himself and his wife and his two daughters, Margot and Anne, and was turned down, and that was because there were now these quotas in place. If they had not been, it seems clear that he would've been able to get a visa for his whole family, including his daughter Anne Frank.