Doctors Often Fail To Treat Depression Like A Chronic Illness

Doctors Often Fail To Treat Depression Like A Chronic Illness 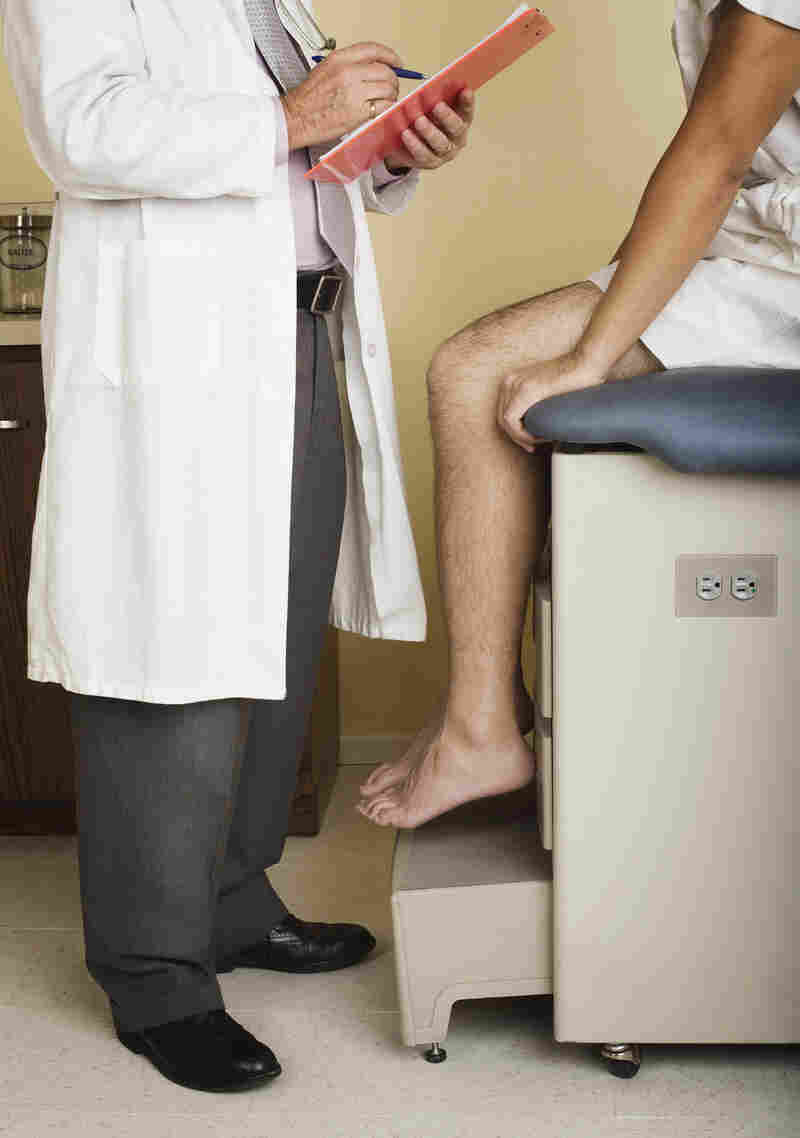 Most people get treatment for depression from primary care doctors rather than specialists. Jupiterimages/Getty Images hide caption 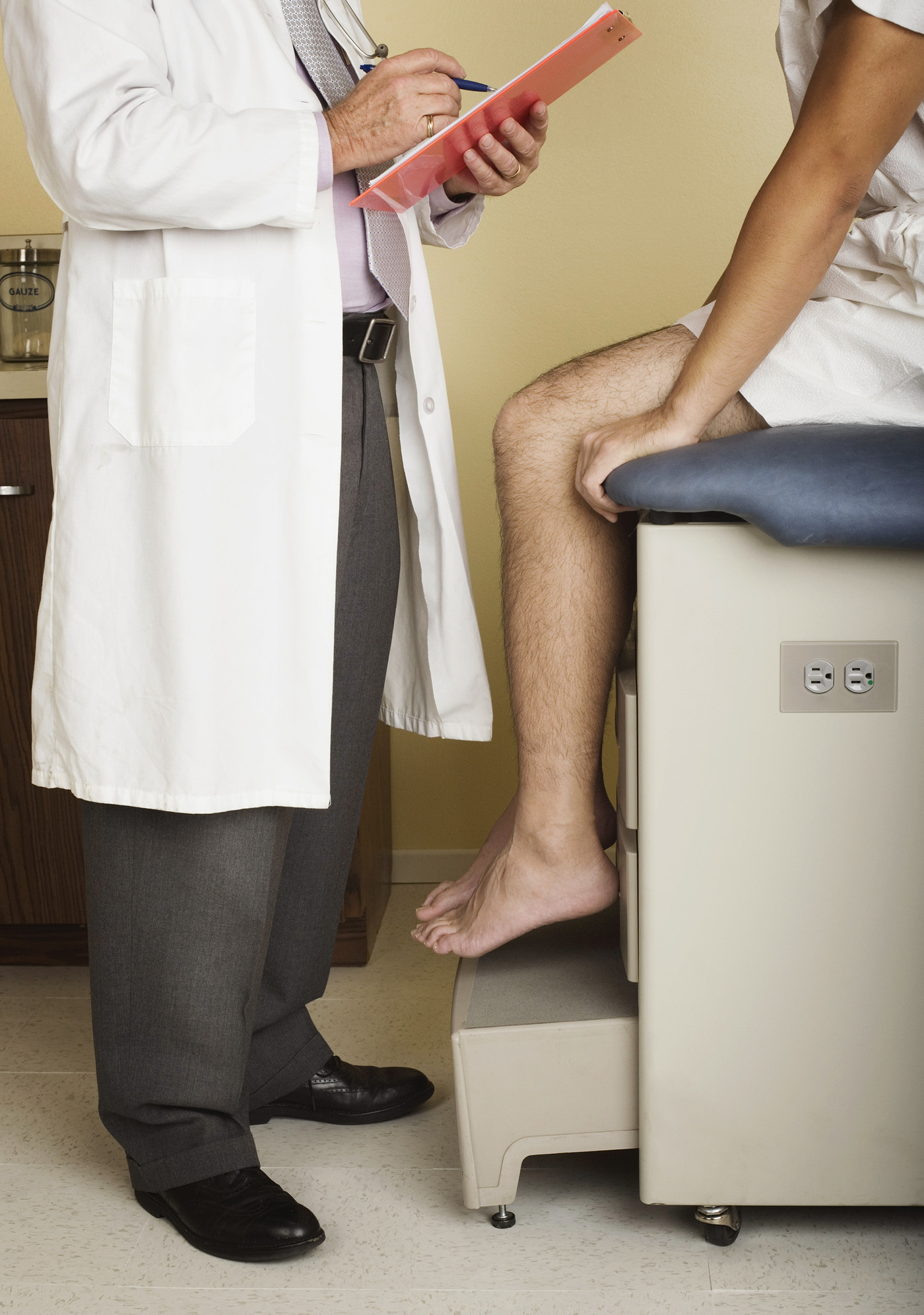 Most people get treatment for depression from primary care doctors rather than specialists.

Depression prompts people to make about 8 million doctors' appointments a year, and more than half are with primary care physicians. A study suggests those doctors often fall short in treating depression because of insurance issues, time constraints and other factors.

More often than not, primary care doctors fail to teach patients how to manage their care and don't follow up to see how they're doing, according to the study, which was published Monday in Health Affairs. Those are considered effective tactics for treating chronic illnesses.

"The approach to depression should be like that of other chronic diseases," said Dr. Harold Pincus, vice chair of psychiatry at Columbia University's College of Physicians and Surgeons and one of the study's co-authors. But "by and large, primary care practices don't have the infrastructure or haven't chosen to implement those practices for depression."

Most people with depression seek help from their primary care doctors, the study notes. That can be because patients often face shortages and limitations of access to specialty mental health care, including lack of insurance coverage, the authors write. Plus there's stigma: Patients sometimes feel nervous or ashamed to see a mental health specialist, according to the authors.

Meanwhile, physicians and researchers have increasingly been calling for mental health conditions such as depression and anxiety to be treated like physical illnesses. Historically, those have been handled separately and not always with the same attention and care as things like high blood pressure and heart disease.

The researchers compared strategies for treating depression with those used for asthma, diabetes and congestive heart failure. They surveyed more than 1,000 primary care practices across the country to determine how often doctors' offices used five steps considered best practices to manage chronic conditions. These include employing nurse care managers; keeping a registry of all patients with a condition that requires regular follow-up; reminding patients to comply with their treatment regimens; teaching them about their illnesses; and giving doctors feedback. Those approaches track with guidelines from the Department of Health and Human Services Agency for Healthcare Research and Quality.

On average, the practices surveyed were least likely to follow those protocols when treating depression. About a third kept registries of patients with depression; the other steps were less commonly used. Less than 10 percent of practices, for instance, reminded patients about their treatments or taught them about the condition.

Doctors were most likely to use those best practices for treating diabetes. Most practices followed at least one of the strategies for managing chronic illness.

Effectively treating any chronic illness requires working with patients beyond single visits, said Dr. Tara Bishop, an associate professor of health care policy and research at Weill Cornell Medical College and the study's main author. For depression, that means things like following up to see if medication is working or if a dose should be adjusted.

"When we treat high blood pressure, the blood pressure may start at 150 over 95, and then it's monitored over time until it gets to a level that's being aimed for," said Dr. Jeffrey Borenstein, president of the Brain and Behavior Research Foundation. The foundation funds mental health research but was not involved with this study. "If somebody has depression, their symptoms need to be monitored until it gets to a level that the depression is lifted."

Depression can contribute to other health problems, like pulmonary disease or diabetes, Bishop said. It can make people less productive at work, or less able to have healthy relationships. Unchecked, it can result in suicide.

"If we actually treat depression as a chronic illness and use the level of tools we're using for diabetes, then we'll be able to better treat patients — and help them live healthier lives and more productive lives," she said.

The study didn't delve into why the gap exists between depression and other medical conditions. But the authors pointed to potential explanations. One is that there's been a decades-long push to improve how doctors treat diabetes — an effort that has almost been "the poster child" for how to monitor and treat a long-term illness, Pincus said.

And there are time pressures. Diagnosing a patient with depression and following up regularly can take more time than a diabetes blood test or insulin check. Cramming that into a 15-minute visit can get difficult, Bishop said, especially as doctors are increasingly asked to do more with less time.

Plus, she said, while there's been an effort nationally for the medical profession to better address mental wellness, individual physicians may still struggle.