Accessibility links
Ready To Quit Smoking? Best To Go All In : Shots - Health News Quitting abruptly is more effective, a study finds, even for people who'd rather phase it out gradually. 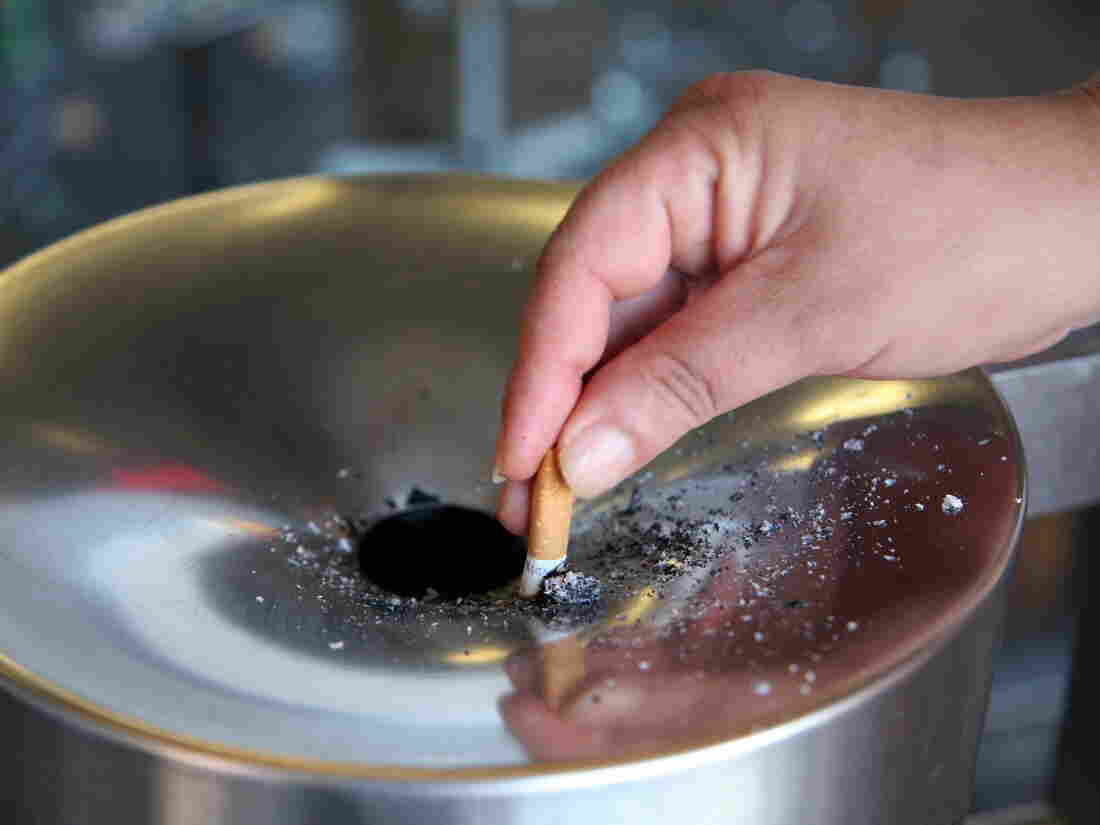 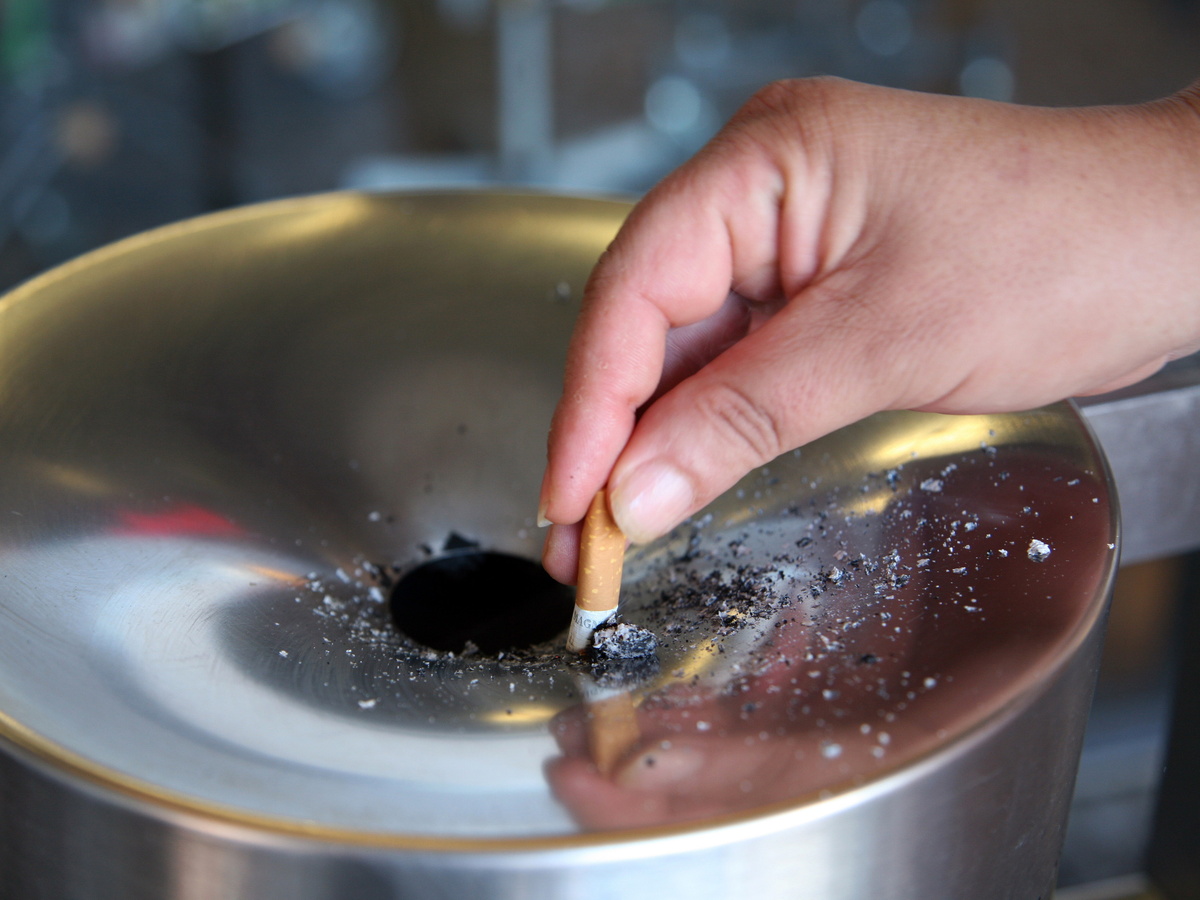 Nicola Lindson-Hawley remembers how hard it was for her mom to stop smoking.

"One of the reasons I find this topic very interesting and why I went into it was because my mom was a smoker when I was younger," says Lindson-Hawley, who studies tobacco and health at the Nuffield Department of Primary Care Health Sciences at the University of Oxford.

She remembers helping her mom keep track of the number of days she'd stayed away from cigarettes by putting stickers in a journal. The experience made her want to help others stop smoking.

By studying about 700 adult smokers, she found out that her mom quit the right way — by going cold turkey. The results are out in the current issue of Annals of Internal Medicine.

Study participants were randomly assigned to two groups. One had to quit abruptly on a given day, going from about a pack a day to zero. The other tapered down over the course of two weeks, first to half a pack each day, and then to a quarter of a pack before quitting.

People in both groups used nicotine patches before they quit, in addition to a second form of nicotine replacement, like gum or nasal spray. They also had talk therapy with a nurse before and after quit day.

"After they'd quit, we rang them up four weeks later and six months later to see how they were getting on," says Lindson-Hawley.

To double check that people were being honest, the researchers measured how much carbon monoxide they exhaled. A higher concentration of carbon monoxide meant they'd likely been smoking.

Six months out, more people who had quit abruptly had stuck with it — more than one-fifth of them, compared to about one-seventh in the other group.

"Although these numbers appear low, it's a very, very low quit rate if people try without support," says Lindson-Hawley.

And the quit rates were particularly convincing given that before the study started, most of the people had said they'd rather cut down gradually before quitting.

"If you're training for a marathon, you wouldn't expect to turn up and just be able to run it. And I think people see that for smoking as well. They think, 'Well, if I gradually reduce it's almost practice,' " she says.

But that wasn't the case. Lindson-Hawley says instead of giving people practice, the gradual reduction likely gave them cravings and withdrawal before they even reached the quit day, which could be why fewer people in that group actually made it to that point.

"I think that's the piece that's so convincing, which is that regardless of your stated preference, if you're ready to quit, quitting abruptly is more effective," says Dr. Gabriela Ferreira, an internist at the Robert Wood Johnson University Hospital in New Jersey who wrote an accompanying editorial.

She says in other studies where participants didn't get behavioral support and nicotine replacement, barely anyone managed to stay off cigarettes.

"When you can quote a specific number like a fifth of the patients were able to quit, that's a compelling number, and I think that translates to the patient. It gives them the encouragement, I think, to really go for it," Ferreira says.

Ferreira says studies like these are important to convince doctors what really works for patients who are ready to quit.

"This happened to me last week," she says. A patient came in who said he was ready to quit smoking. She got him on the patch, connected him with a behavioral therapy nurse, and got him on his way toward a quit day.

People rarely manage to quit the first time they try. But at least, she says, they can maximize the odds of success.