Accessibility links
Peggy Girshman, NPR Veteran And Journalism Pioneer, Dies At 61 : Shots - Health News Girshman was a leader at many news and professional organizations, including NPR, NBC News, the National Association of Science Writers and Kaiser Health News, which she co-founded. 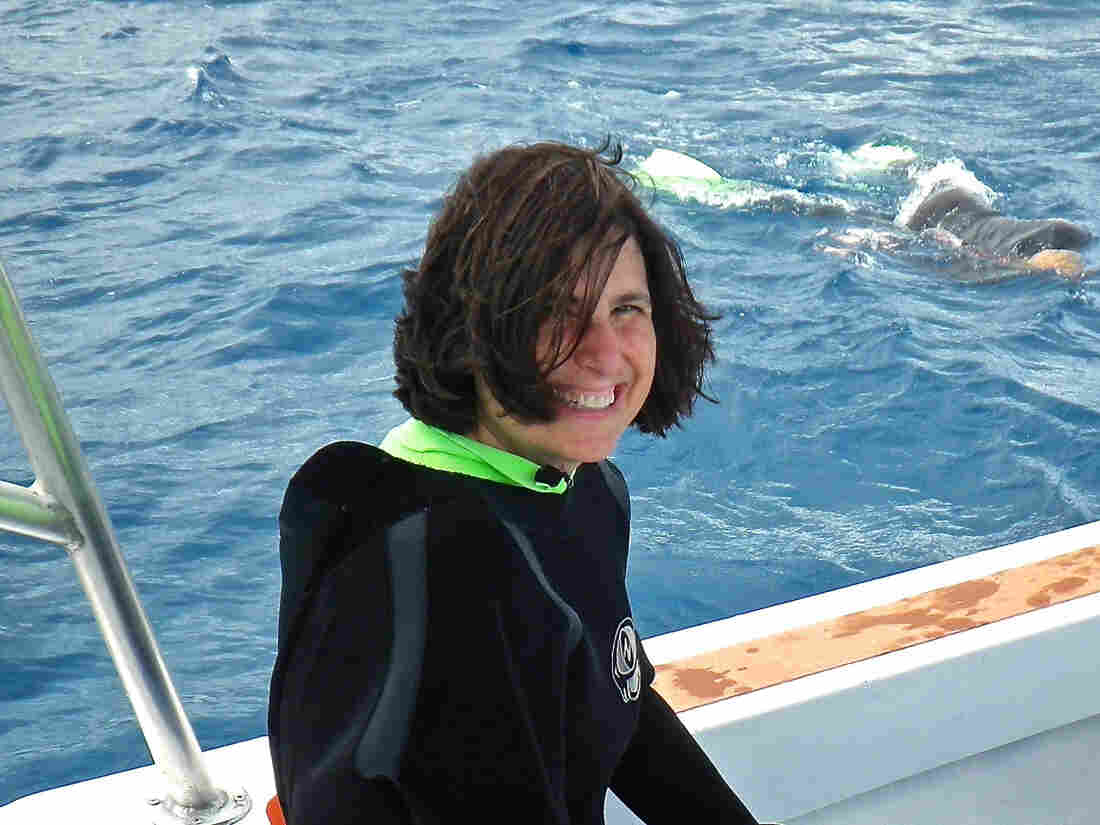 Peggy Girshman diving in Hawaii in the summer of 2015. Courtesy of Mitch Berger hide caption 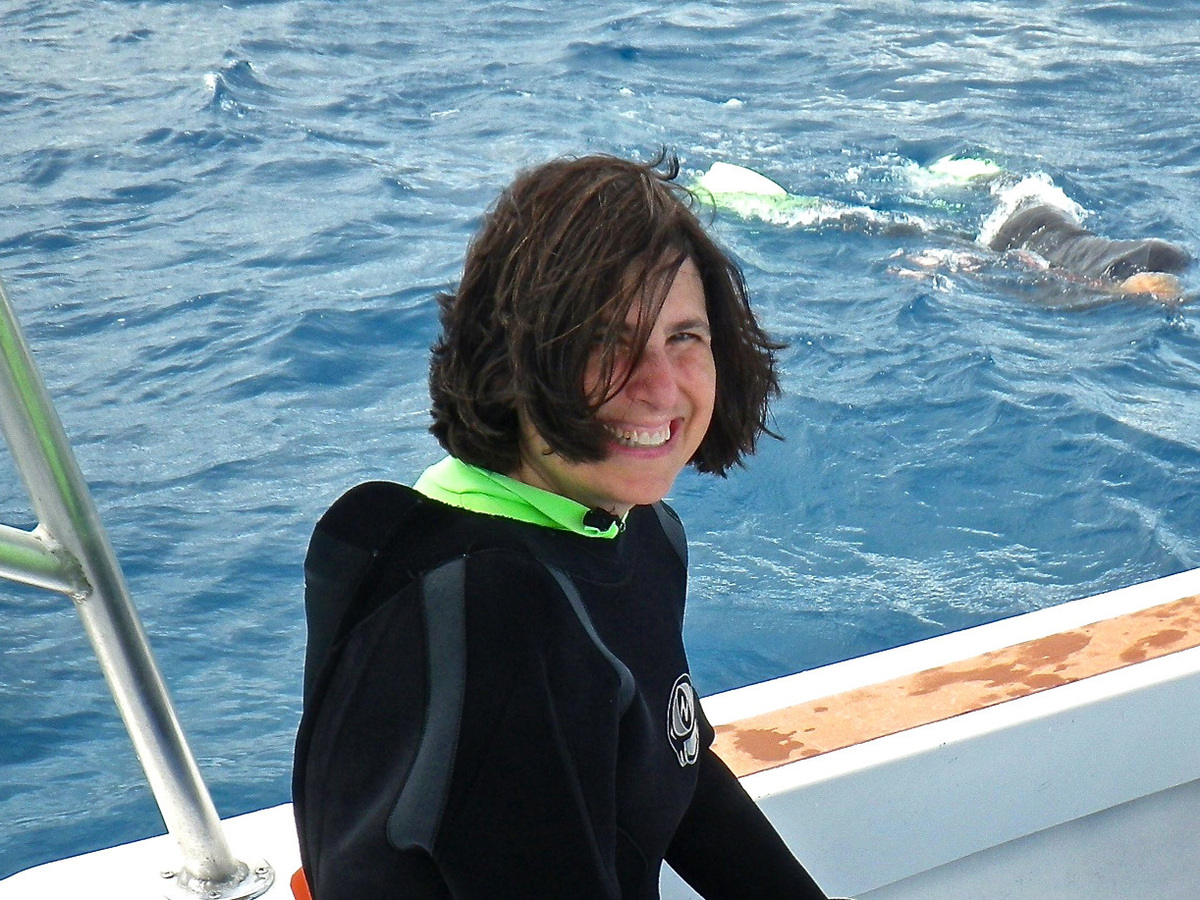 Peggy Girshman diving in Hawaii in the summer of 2015.

Science and health care journalism lost Peggy Girshman on Monday, one of the profession's fiercest advocates and gentlest souls. She was 61.

Girshman was a leader at many news and professional organizations, including NPR, NBC News, the National Association of Science Writers and Kaiser Health News, which she co-founded.

Over the years, she won four local Emmys and a national one, along with other major awards given out for the best work in our field. The awards were well-deserved and came as no surprise to those of us who knew her. She was one of the absolute best.

The achievements she was proudest of were not the prizes, but the journalists, including this one, whom she mentored and nurtured and sent out into the world to report on science and health.

Girshman lost out to an unusual disease, amyloidosis. She had undergone a stem-cell transplant at the Mayo Clinic in 2012 that was supposed to restart her immune system so it could fend off amyloidosis, sometimes called "concrete" or "stiff" heart. That treatment stabilized the disease for a while.

But sudden death is always a possibility with amyloidosis when it affects the heart. Deposits of amyloid protein in the heart can cause key cells to suddenly lose the ability to hold and transmit an electrical charge.

Late Monday afternoon, her heart simply stopped. Heroic efforts were made to revive her, but they failed.

"Peg went out like a true journalist, at her desk, writing," said her husband, Mitch Berger, on Facebook. She was also playing Scrabble online with Berger's brother Dan, her archnemesis. "Let the record show that she was winning," Berger said.

Girshman was a major force behind the scenes in the newsroom, always engaged in getting the story right and telling the stories that reel people in. She was a dynamo, with a quick laugh, an encouraging smile, infectious cheer and seemingly endless supplies of chocolate. She loved journalism and journalists and did everything she could to make both better, right up to the end. 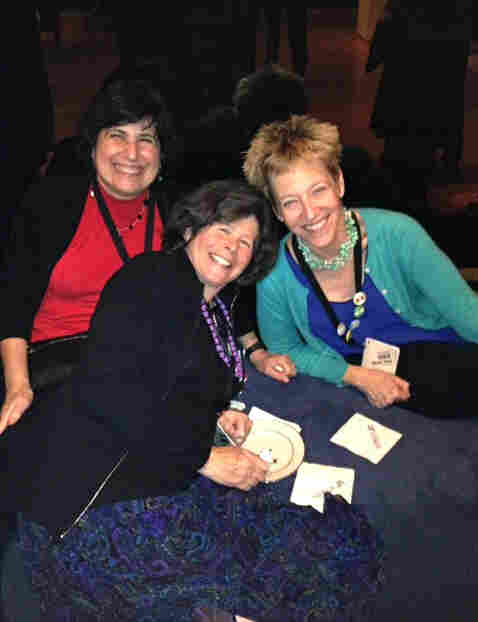 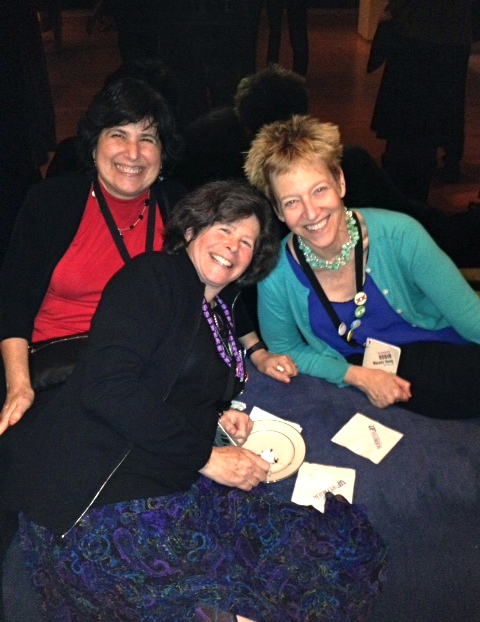 Peggy Girshman (left), Joanne Silberner and Robin Marantz Henig at a 2013 meeting of the National Association of Science Writers.

In her early career, she worked as a story and program producer for commercial TV stations in Washington and New York. And she served as the senior producer for several PBS series, including Scientific American Frontiers and a 26-part series on statistics.

Peggy started on the NPR Science Desk in the early 1990s and then moved around the newsroom, looking for the toughest challenges and solving them, both as a deputy editor on the National Desk and as a managing editor in charge of redesigning the newsroom for the digital age.

When she left to pursue some TV projects for NBC News and The New York Times, we lamented her departure but hoped she would return. She did and was welcomed back to NPR a few years later.

Even when she did leave NPR from time to time, she never really left. As one of the creators of Kaiser Health News in 2008, she came up with idea for the NPR-KHN-member station health care project that is now in its fifth year.

"For those NPR listeners out there, you might have only heard her name occasionally, but Peggy was one of those great editors that helped shape the news," said Matt James, now president of Next Generation, on Facebook.

James, who helped start Kaiser Health News, said he was able to persuade Girshman and Laurie McGinley, then at The Wall Street Journal, to join him in starting the pioneering news service. Girshman "helped us make KHN an important news organization ... with good humor, grace, a wonderful spirit and a terrific sense of how to provide readers and listeners with the news and information they need. To paraphrase Voltaire, we are all given the gift of life, it is up to us to live it well. Peggy did, and her good humor and loving heart will be sorely missed."

The project between KHN and NPR has trained more than three dozen reporters and editors in health care coverage. Indeed, this week the fifth boot camp is underway in Washington, D.C. Hundreds of stories have been produced in the project, looking at all aspects of the changes going on in the health care system. All of this was made possible by Girshman's passion for reporting on health care and inequities, the centerpieces of her journalism career.

Even though Girshman could no longer work, she was planning to meet this year's class. She wrote to some of us in the afternoon that she would see us at dinner Monday night. Her commitment to us and to journalism remained steadfast, even though she had retired in late 2014 because of her illness.

There will be no funeral, but a memorial service will be held in the spring, her husband said.