Accessibility links
Obama Plans To Use Value Pricing To Rein In Medicare Drug Costs : Shots - Health News The goal is to rein in drug price increases while increasing the chance that patients will get the medication that works best for them. It's an idea that's getting increasing private-sector traction.

Medicare To Experiment With Tying Drug Costs to Effectiveness

Medicare To Experiment With Tying Drug Costs to Effectiveness 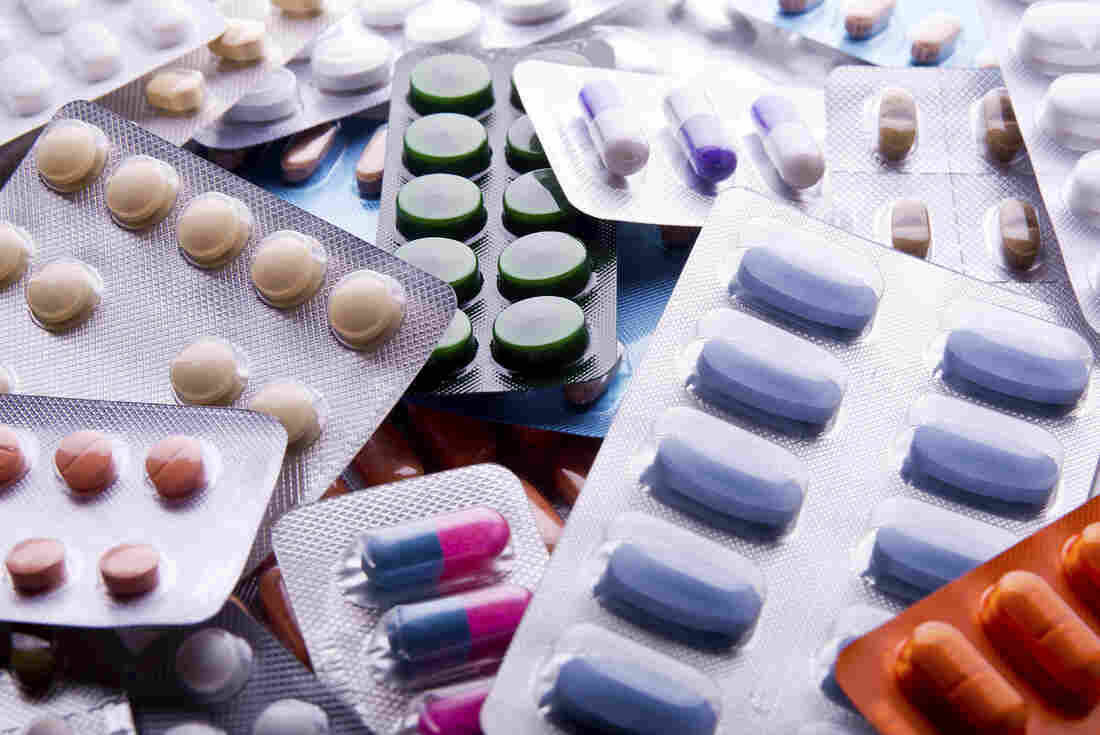 Medicare wants to experiment with tying the prices it pays for medication to effectiveness. iStockphoto hide caption

Aetna and Cigna inked deals last month with drug maker Novartis that offer the insurers rebates tied to how well a pricey new heart failure drug works to cut hospitalizations and deaths. If the $4,500-a-year drug meets targets, the rebate goes down. Doesn't work so well? The insurers get a bigger payment.

In another approach, pharmacy benefit firm Express Scripts this year began paying drug makers a special negotiated rate for some cancer drugs. The goal is to reward the use of medicines that are most effective for certain cancers.

Dubbed "value-based pricing," these are the kind of private-sector efforts the Obama administration hopes to borrow to rein in drug prices for Medicare.

The results could lead to a profound shift in how the Centers for Medicare & Medicaid Services spends $20 billion a year for drugs under Part B, which are those given through doctors' offices and hospital outpatient centers. Many cancer treatments are provided that way, as are some treatments for rheumatoid arthritis, macular degeneration and other medical conditions.

Under a proposed rule, different methods would be tried in selected geographic areas over a five-year test period. Some of these experiments would begin this year, with others added in 2017. The proposal faces two months of public comment.

"The goal is to test whether alternative approaches will lead to better value," said Patrick Conway, chief medical officer for CMS, in announcing the proposal March 8.

"There is no perfect payment system, they all have upsides and downsides," said Dan Mendelson of consulting firm Avalere Health, who lauded Medicare for considering new ways to pay even as he cautioned that it must be done carefully. "What we don't want to do is create a world where doctors only prescribe the cheapest stuff even if not in the interest of the patient."

Here are four concepts the government is investigating:

Many drugs covered under Medicare Part B are first purchased by a physician office or outpatient center, then dispensed to patients. Once billed, Medicare pays the health care provider the average sales price plus 6 percent for costs associated with the purchase and storage of the medications. For example, a doctor or clinic would receive an add-on fee of $6 when a $100 drug is purchased, or $300 for a $5,000 treatment.

In the private sector, that practice – called "buy and bill" – is being reduced.

But the buy-and-bill approach still dominates Medicare Part B.

Oncology specialists and other proponents say add-on fees are an important revenue source needed to keep such centers open. But critics fear they encourage use of higher-cost drugs when equally effective products could be had for less. They also say the fees reward larger practices and centers that buy drugs at advantageous prices.

To counter that possibility, CMS would change the current reimbursement formula, cutting the add-on portion to 2.5 percent of the average sales price.

Recent industry surveys show that larger practices have resisted moving away from buy and bill. Smaller ones with less bargaining clout favor that. Drug makers and some physician specialty groups oppose this part of Medicare's proposal, but patient advocacy groups express mild support mixed with caution.

In the private sector, insurers sometimes set caps on payments for services patients generally can shop around for, such as a hip or knee replacement or colonoscopies. The California Public Employees Retirement System insurance plans, for example, saw that the cost of joint replacements varied widely among hospitals, then set a cap of $30,000 for a joint replacement. If patients chose hospitals that charged more, they had to pay the difference. The move was credited with saving millions in its first two years. Most of it came from the more-expensive hospitals lowering prices.

Medicare plans to apply this model to its payments to doctors and outpatient centers for some categories of medicines. For example, it might select one price for all injectable treatments for knee pain caused by osteoarthritis. The same rate would be paid, even when centers use higher-cost products.

The question is how to set that price. While asking for comments, Medicare suggested a variety of options, including the average price for drugs in a category, the price of the most clinically effective drug or a rate developed some other way.

Medicare's proposal would apply to some prescription medications, but not procedures. And unlike most private-sector models, Medicare patients who get drugs above a benchmark cost could not be billed for the difference. The goal is not to encourage patients to change drugs. Instead, Medicare said it will test whether grouping similar drugs into a single payment rate will give physicians incentives to use "products that provide the most value for the patient."

Under Medicare's proposal, drug makers would agree to offer rebates that link the final price of their products results in patients. Just what those results would be – improved health, fewer hospitalizations or some other measure – would be spelled out up front. There are more than 300 such "risk-sharing" agreements currently in place in the private sector, according to a University of Washington School of Pharmacy database.

In a related test, Medicare would adopt an approach similar to that used by Express Scripts, varying the amount of payment based on a patient's condition. Drugs are often approved for more than one condition – say, two different types of cancers – but may be more effective at treating one than the other. Under the proposal, Medicare would pay a physician less when a drug is less effective on that cancer.

Skeptics say the process can be complex, and savings might be eaten up by administrative costs or disagreements over whether drugs have met effectiveness targets. Moreover, these private sector efforts are so new that detailed results are not yet available.

Meanwhile, a report out Tuesday from the Institute for Clinical and Economic Review looked at similar efforts internationally. It found that such "indication-specific" pricing holds some promise, but cautioned that administrative complexity and other challenges are significant.

To get people to take essential medications such as statins after a heart attack, some insurers, including Aetna, have reduced or eliminated patient copayments. Other insurers have experimented with similar incentives for other conditions, such as asthma or diabetes. They generally found that reduced payments make patients more likely to continue taking their medications.

In Medicare Part B, patients are responsible for 20 percent of the cost of their drugs unless they have a supplemental insurance policy that covers such copayments. Medicare proposes to cut or eliminate those payments for certain drugs considered most effective or valuable.

Lower copayments might affect what doctors prescribe and could encourage patients to stay on needed treatments. Medicare itself would make up the difference, picking up the tab for the reduced or eliminated patient payment.

Medicare is soliciting suggestions in its public comment phase as to which drugs might be the best candidates for the test.