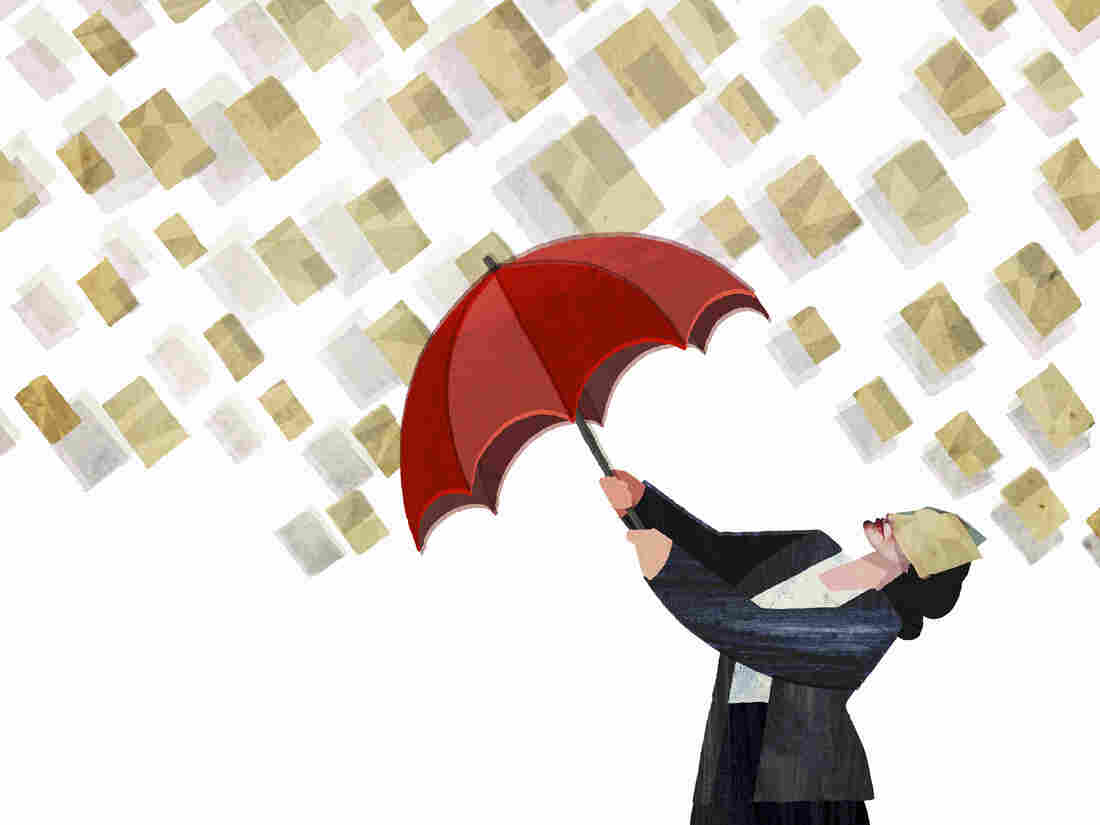 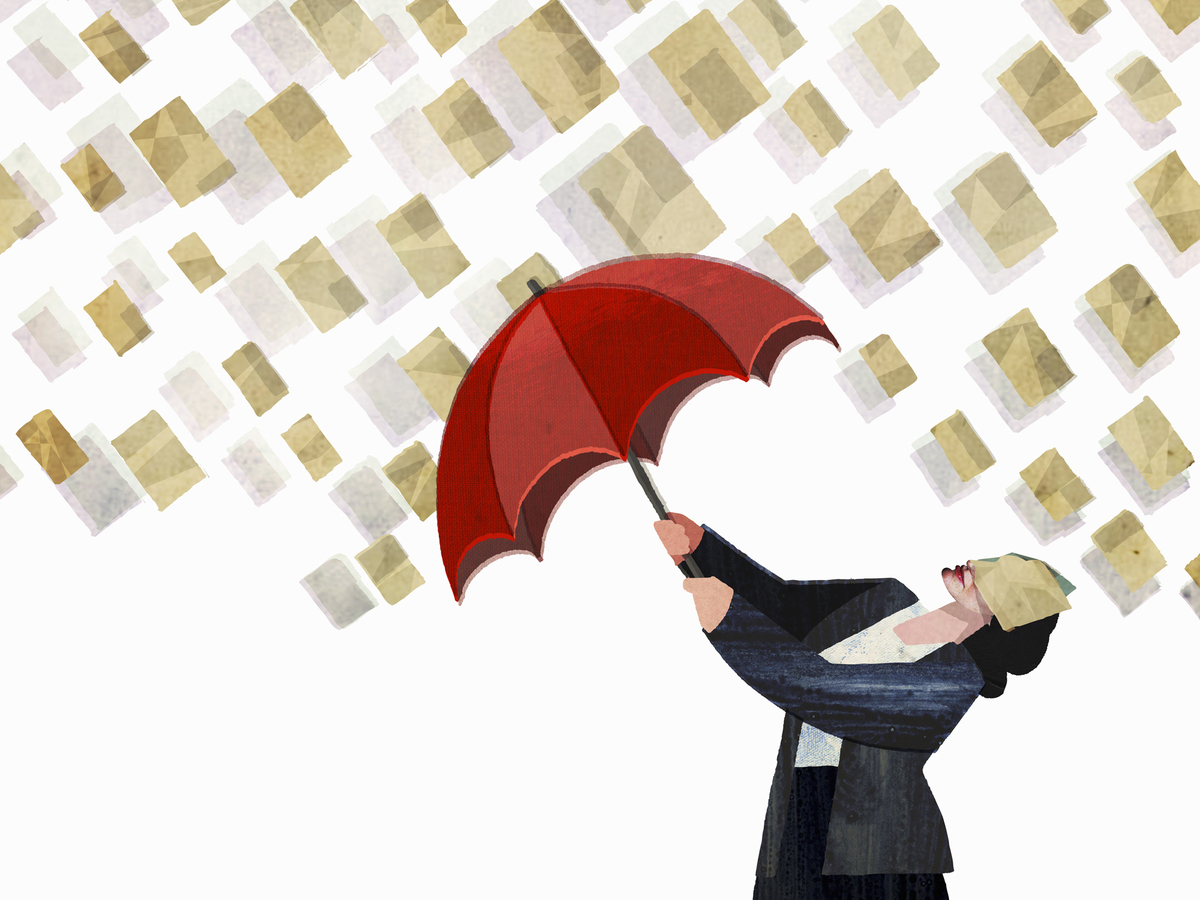 At 85 years old, Alpha Edwards did not expect to be out of savings or to have $3,000 of credit card debt.

"I don't do anything that costs money," Edwards says. "I can't."

The problem started four years ago, when Edwards moved to Miami Springs, Fla., with her little brown dog. Her husband had recently died, and Edwards wanted to be closer to her daughter.

Edwards regularly sees doctors for her chronic lung disease and her pacemaker. And not long after she moved, she needed a cardiac procedure.

That's when the bills started rolling in — thousands of dollars in medical bills.

"I remember crying all day, every day," she says. 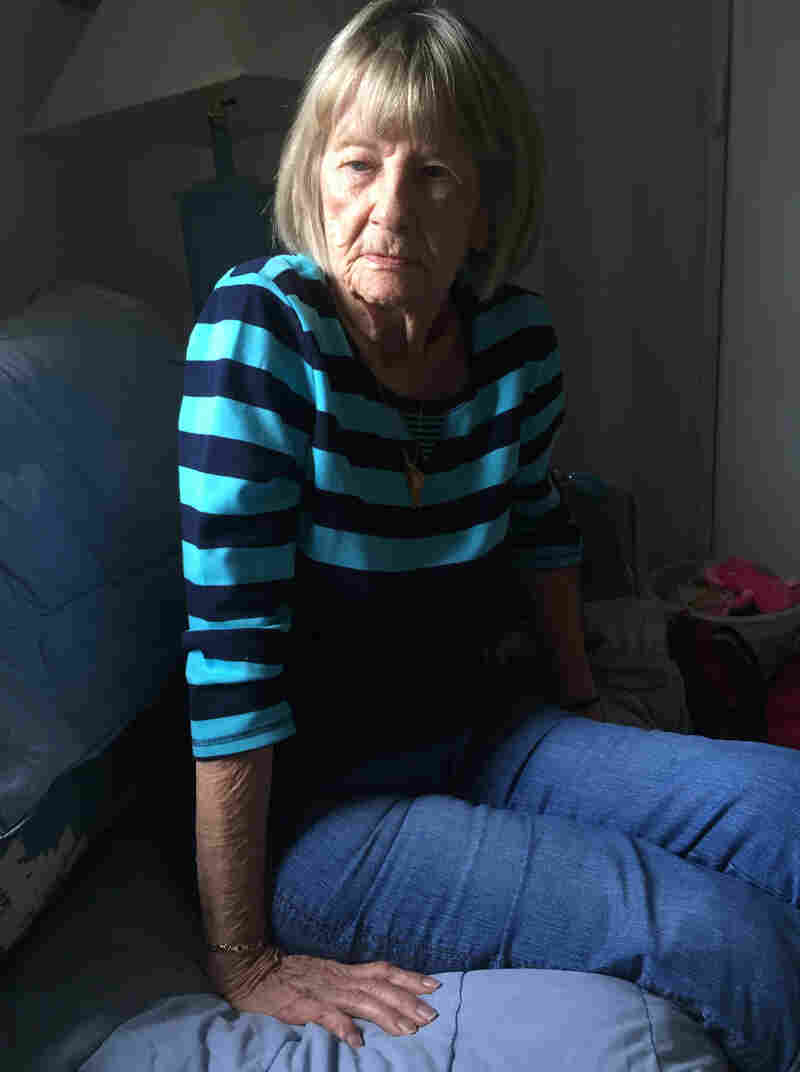 Alpha Edwards, of Miami Springs, Fla., says she was able to handle her finances until thousands of dollars in medical bills started rolling in. Sammy Mack/WLRN hide caption 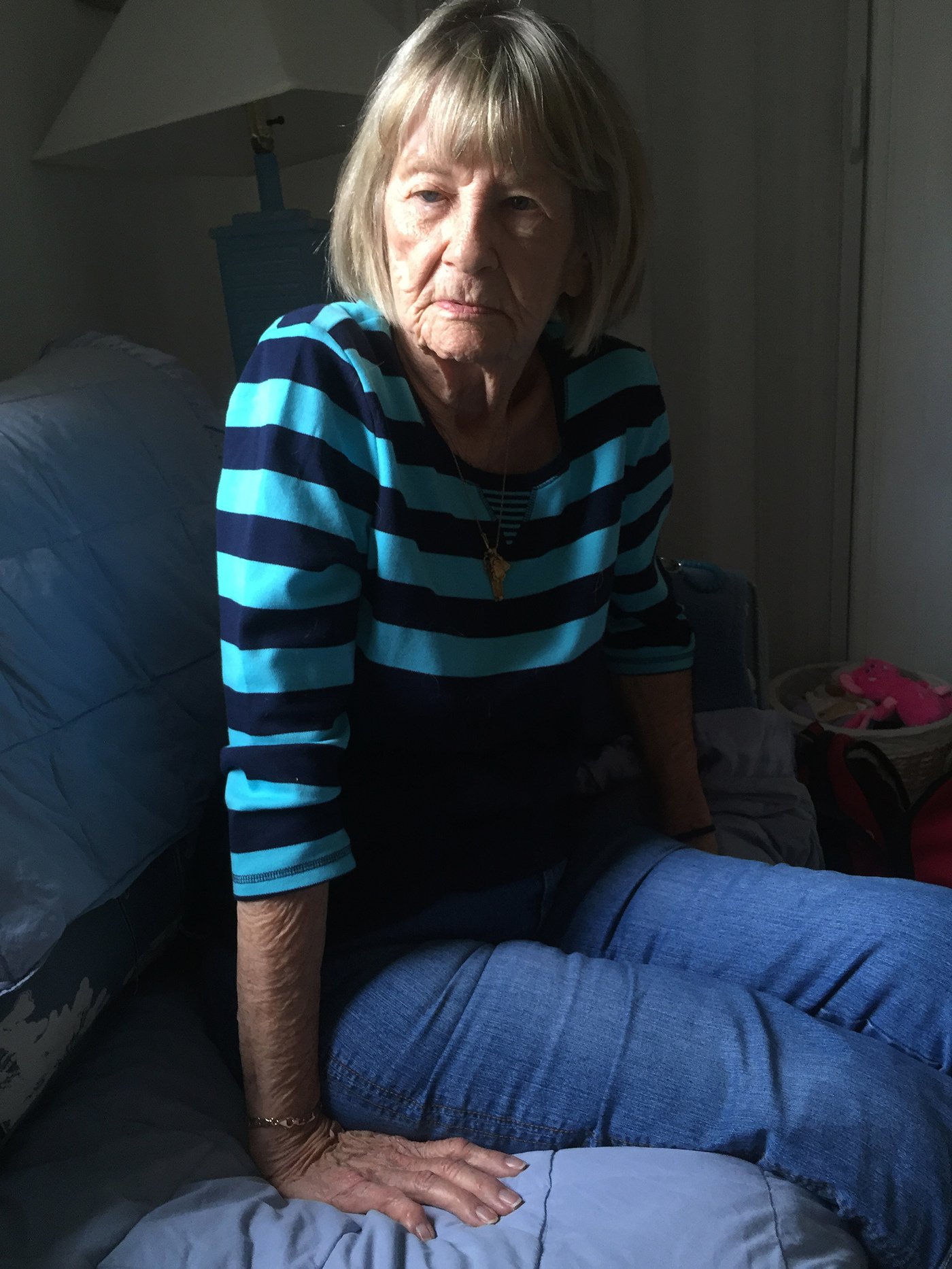 Alpha Edwards, of Miami Springs, Fla., says she was able to handle her finances until thousands of dollars in medical bills started rolling in.

Edwards learned that one of the specialists she was seeing didn't take her insurance.

At first, while she still had a few thousand dollars in savings, she made some payments. But when the money ran out, she stopped.

Edwards is not alone. Health insurance is no guarantee against financial hardship, according to a national poll by NPR, the Robert Wood Johnson Foundation and the Harvard T.H. Chan School of Public Health.

"People are financially overwhelmed in lives that are working OK — they have financing for everything else in their life, but they can't deal with this large medical bill," says Robert Blendon, a professor of health policy and political analysis at the Harvard Chan School.

Blendon says the poll found that among Floridians who have experienced serious financial problems in the past two years (problems like spending down savings, not being able to afford necessities, and racking up credit card debt), 76 percent had health insurance.

Consider the case of Wilson Gamboa — one of the Floridians polled.

Gamboa has a black Suzuki C50 motorcycle in his garage. But he hasn't driven it in two years, since his health insurance premiums went up by $50 a month.

You can find the detailed results of the national poll here and results on how income affects health care here.

Results for Florida are here.

"It's been awhile," says Gamboa. "I start her up regularly — you know, just to make sure the wheels keep going and the engine stays lubed — but she's sitting there now."

Gamboa is a U.S. Army reservist and owner of a pressure-washing company in Miami. His business lost money last year — which means Gamboa is leaning on his wife's nursing salary and her employer-sponsored health benefits. It bothers him that they haven't been able to buy the property they were hoping to invest in.

He considers himself lucky.

"If my wife wasn't working and had the job that she had, then we probably couldn't even stay afloat," he says. "We're luckier than a lot of people. But we're trying to live the American dream."

For many people, these pressures are compounded when rising copayments, coinsurance and deductibles lead to missed payments or collection agencies.

Roughly 1 in 5 Americans have medical debt on their credit reports, according the Consumer Financial Protection Bureau.

"We also know that this estimate of the number of consumers with medical debt is probably an underestimate," says the bureau's Ken Brevoort, who has studied the problem. "And that residual expense wound up being reported on the credit records of these consumers, and they ultimately wound up paying a price for it."

A secondary price: worse credit scores and a harder time financing things like a home.

In Miami Springs, Alpha Edwards gets by with help from her family. But she feels the financial strain every day.

"I lived in a three-bedroom, two-bath, two-car garage home," Edwards says. "I went out to lunch every day during the week — and I was very social, had a lot of friends. And here I have no social life whatsoever, except with my children."

Edwards may be lonely, but she is far from alone in her financial struggles. Many Floridians are feeling that same pinch.