Accessibility links
That Standing Desk Might Not Be The Magical Solution : Shots - Health News Standing desks have been touted as the answer for health problems caused by sitting all day. But the evidence that the high desks improve health — or that they are even used much — is weak.

Stand To Work If You Like, But Don't Brag About The Benefits

Stand To Work If You Like, But Don't Brag About The Benefits 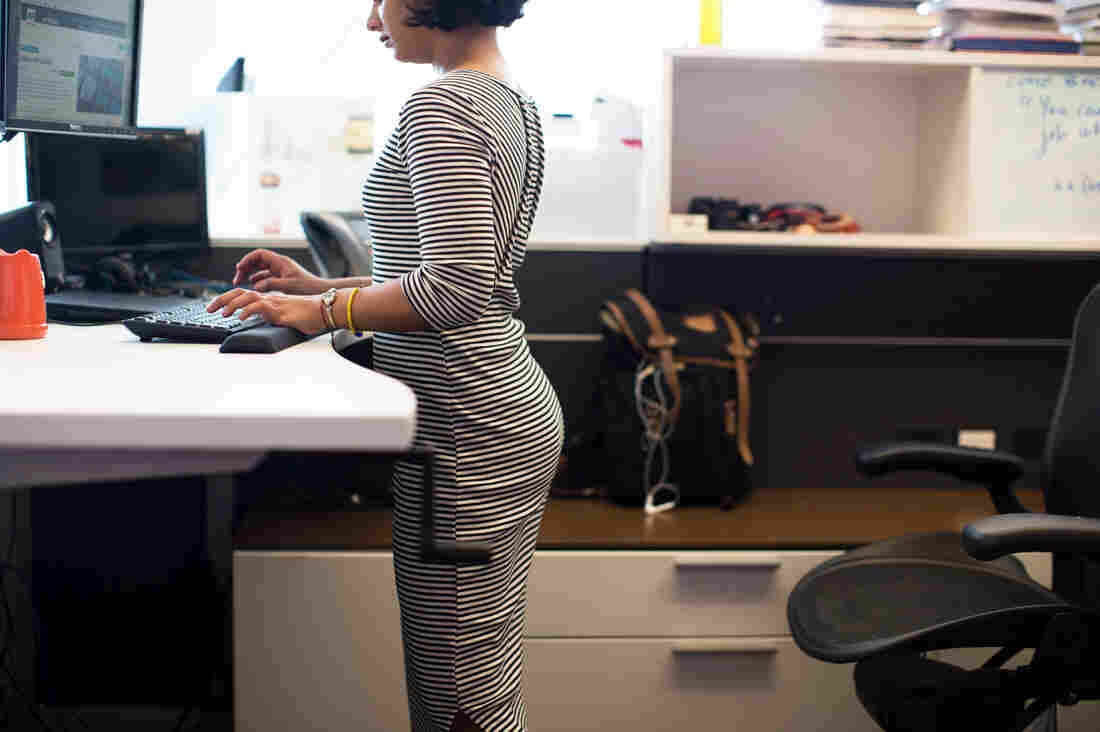 An analysis of 20 studies failed to find good evidence that standing at a work desk is better than sitting. Photo illustration by Meredith Rizzo/NPR hide caption 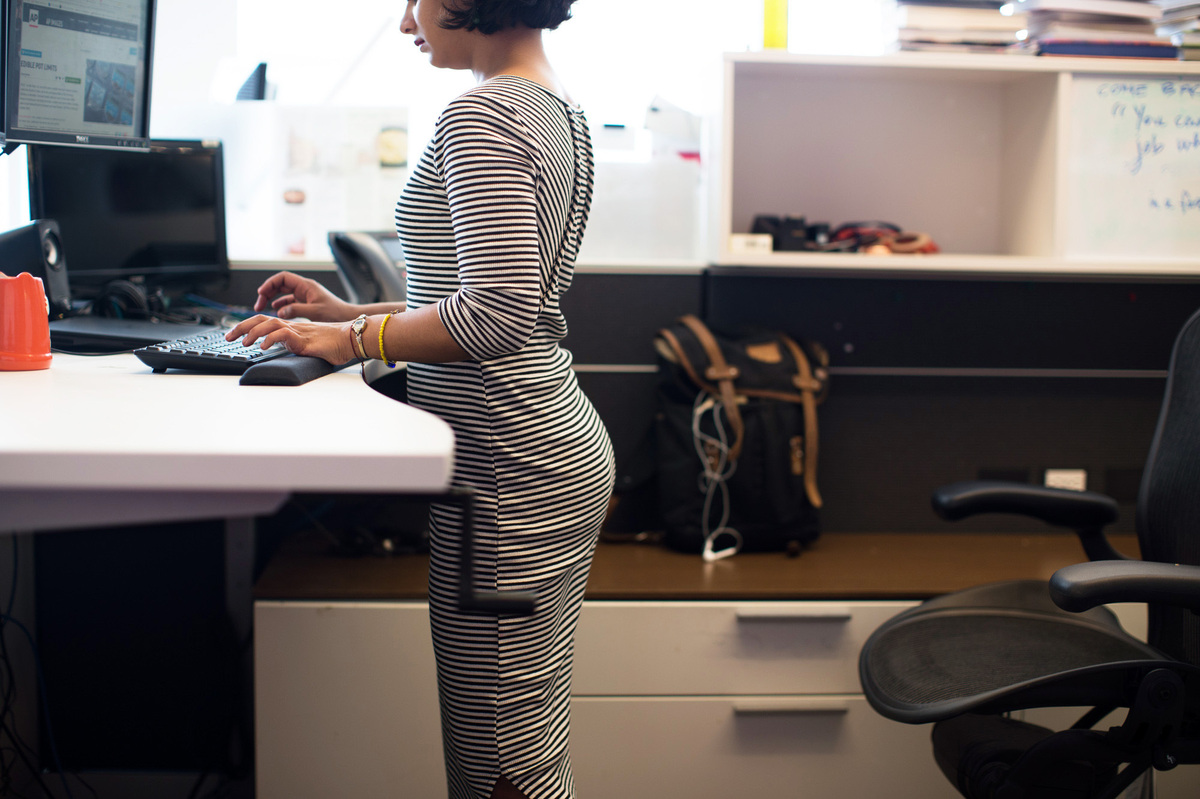 An analysis of 20 studies failed to find good evidence that standing at a work desk is better than sitting.

I've been itching to get a standing desk. After all, America's sitting itself into an early grave. Sitting is the new smoking. Clearly, a standing desk would stop me from sitting, and standing is just so much better for you than sitting, right?

Contrary to popular belief, science does not say so.

Too much sitting increases heart failure risk and disability risk, and shortens life expectancy, studies have found. But according to an analysis published Wednesday of 20 of the best studies done so far, there's little evidence that workplace interventions like the sit-stand desk or even the flashier pedaling or treadmill desks will help you burn lots more calories, or prevent or reverse the harm of sitting for hours on end.

"What we actually found is that most of it is, very much, just fashionable and not proven good for your health," says Dr. Jos Verbeek, a health researcher at the Finnish Institute of Occupational Health.

Verbeek says that the studies he and his co-authors analyzed came to conflicting conclusions about whether sit-stand desks reduce sitting time. Even the best research available wasn't great, the researchers write in the Cochrane Database of Systematic Reviews. The studies were either too small to be significant, the scientists say, or were poorly designed. For example, most were not randomized controlled trials, and the longest study followed participants for only six months.

In fact, there isn't really any evidence that standing is better than sitting, Verbeek adds. The extra calories you burn from standing over sitting for a day are barely enough to cover a couple of banana chips.

"The idea you should be standing four hours a day? There's no real evidence for that," he says. "I would say that there's evidence that standing can be bad for your health." A 2005 study in Denmark showed prolonged standing at work led to a higher hospitalization risk for enlarged veins.

But standing doesn't have to be harmful, says Lucas Carr, a behavioral medicine professor at the University of Iowa who was not involved in the meta-analysis. He thinks as long as you stand in moderation, you can still reap some benefits.

"The health benefits of standing are not well-known," Carr agrees. "But you're going to burn more calories standing than sitting. I know it's not a tremendous amount." Still, he says, "those calories every day over many years will add up."

Carr says the finding of the Cochrane review doesn't mean that standing desks and variations are useless. It just means there hasn't been enough study of the desks to say either way. "The state of the science is definitely early," he says. "There needs to be longer studies with more people to get a good sense these desks actually cause people to stand."

Carr thinks there is the the potential for sit-stand desks to prove useful in preventing healthy office workers from becoming unhealthy. Verbeek is less optimistic. Just because the standing desk or the pedaling desk is in the cubicle doesn't mean people will get out of the chair and use it.

He thinks redesigning work environments might be a better way to go. "For example, organize a printer in the corridor that's further away from your desk," he says. Or — and architects can have this one for free — make the one bathroom five flights of stairs up, and restrict use of elevators to people with accessibility needs.