Accessibility links
Aspirin Can Cause A Mysterious Respiratory Disease : Shots - Health News Some people struggle for years with asthma and sinus infections, unaware that they have a disease called aspirin-exacerbated respiratory disease. For them, aspirin can be both cause and cure. 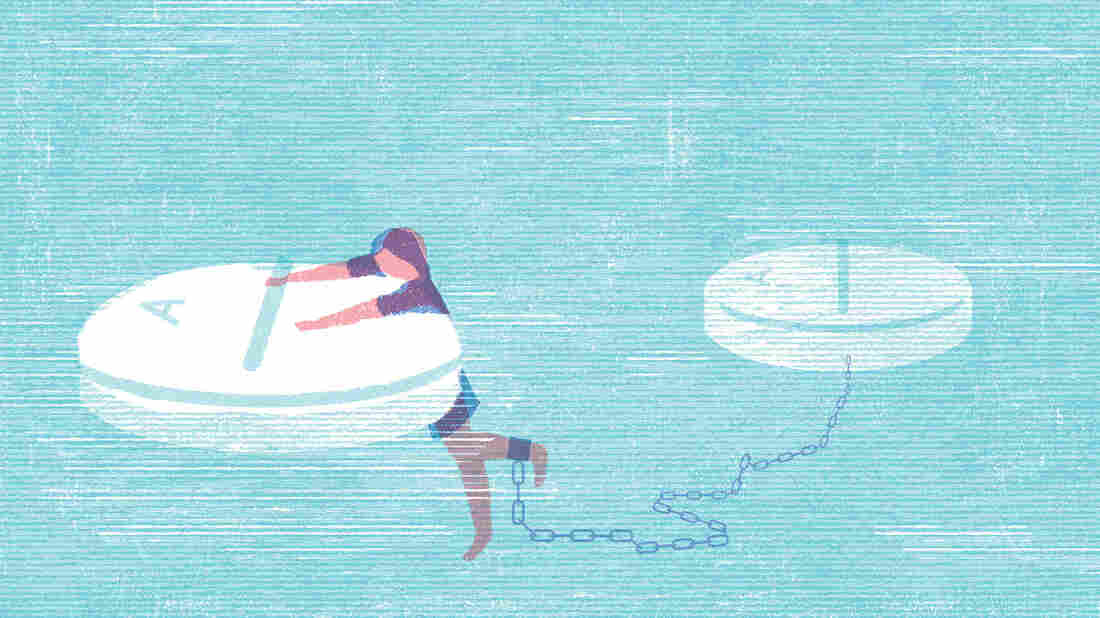 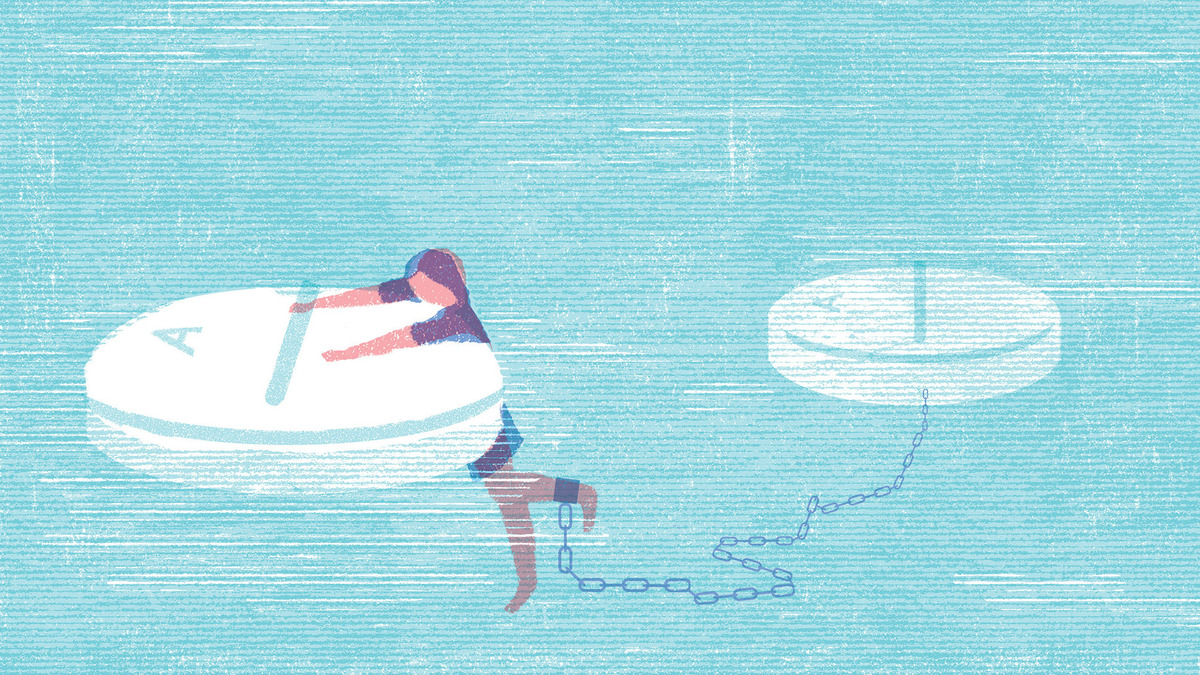 When Allison Fite was 16, she couldn't stop falling asleep in class. Doctors told her it was from a severe sinus infection, but it never really went away. For the next decade she struggled with infection after infection, taking antibiotics and decongestants. "Having these sinus problems and not being able to breathe was debilitating," she says.

Fite, now 27, couldn't figure out why this kept happening. Neither could any of her doctors. They told her she had allergies, but "then the tests would come back and they'd be like, 'Huh. You don't have allergies,' " she says.

But a few unusual symptoms helped Fite eventually figure out that she had a little-known disease shared by 1 million to 1.5 million Americans. She has asthma, a loss of smell and taste, and a strong, adverse reaction to alcohol. "Before I could finish [a drink], I started to get these really bad headaches," she says. "I really am allergic to fun."

And she had nasal polyps, which are benign growths in the sinus cavities. When she was 20, she had them surgically removed for the first time. At age 25, she flew back from where she was living in Thailand to the U.S. for a second operation. But this time the polyps reappeared even faster, a mere eight weeks after the surgery. 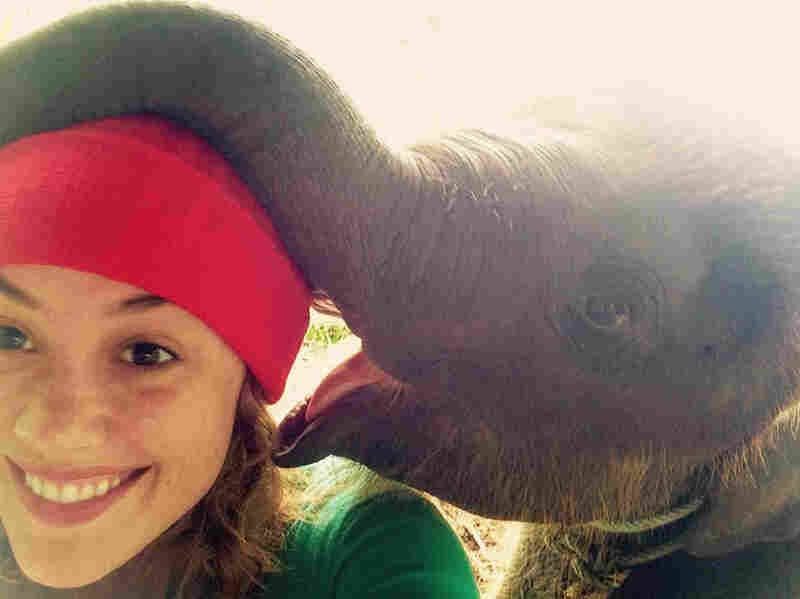 Allison Fite was living in Thailand when she was diagnosed with aspirin-exacerbated respiratory disease. Courtesy of Allison Fite hide caption 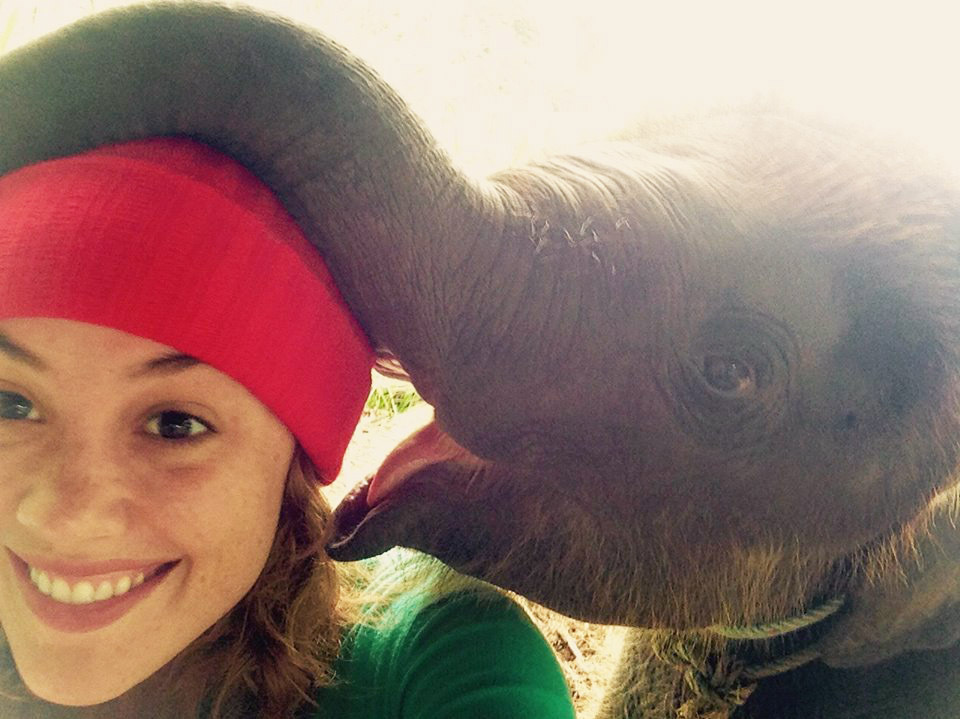 Allison Fite was living in Thailand when she was diagnosed with aspirin-exacerbated respiratory disease.

"I was seeing a doctor in Bangkok at this point," she says. "He was like, 'This is not normal.' " But the doctor mentioned that aspirin can cause nasal polyps. This was Fite's first real clue about her illness. It's called aspirin-exacerbated respiratory disease, or AERD.

It was first described in the early 1900s, says Dr. Tanya Laidlaw, an immunologist at Brigham and Women's Hospital in Boston who studies the disease. It's seen in "patients who had this triad of asthma, nasal polyps and these rather idiosyncratic reactions to medications like aspirin," Laidlaw says.

Things started clicking into place. Fite's mother found one of Laidlaw's presentations on the illness online and sent it to her daughter. Fite knew she had nasal polyps and asthma, but she didn't know if she had the third symptom — a potentially life-threatening reaction to painkillers like aspirin or ibuprofen. So her doctor in Thailand decided to test her. He gave her a fifth of a pill of aspirin, just to see what would happen.

"Forty-five minutes later," Fite says, "I'm sitting in this hospital waiting room coughing, sweating, and my blood pressure spiked. And they're like 'OK, stop. Give her medicine; she has the disease.' "

After years of seeing doctor after doctor, trying to understand why she was always sick, she finally knew the reason. "It felt so good" to have the diagnosis, Fite says. "I started tearing up in this doctor's office, mid-horrible reaction," Fite says.

But there was one problem. Fite needed a treatment called aspirin desensitization. That's when a doctor overloads a patient with a large dose of aspirin. And Fite's doctor had never done it before.

"He was like, 'I don't feel comfortable doing it, and I don't think you'll find a doctor in Asia that is,' " Fite says.

So Fite left Thailand again and went to Tanya Laidlaw's clinic in Boston to get the procedure. Laidlaw says nobody knows why the treatment works, but it desensitizes the patient to aspirin and helps alleviate the symptoms.

Laidlaw says she's frustrated by the lack of awareness of AERD. She estimates at least 20 percent of people who have it go undiagnosed. "It's really frustrating," she says.

It probably gets missed a lot by clinicians, particularly primary care providers who don't specialize in immunology or ear, nose and throat medicine, says Dr. Ana Broyles, an immunologist at Boston Children's Hospital.

And there's a severe lack of science around the illness. When Laidlaw began studying it 10 years ago, she says, barely any basic research had been done in the last century.

It's not an allergy. There's no geographic pattern to suggest an environmental link like a toxin. Family history doesn't seem to factor, either, so it doesn't seem to be genetic. One theory suggests that AERD might begin with an infection, Laidlaw says. The body turns on an immune response to fight the illness, but then somehow never turns it back off. The person is left with an army of misplaced white blood cells that can inflame the airway and cut off smell receptors.

Also, AERD patients overproduce inflammatory molecules called leukotrienes, and Laidlaw thinks that causes many of the symptoms. That has led to some useful advice for patients — like avoiding certain substances, such as alcohol, that make the symptoms worse.

Fite has been doing a lot better since her desensitization procedure. Over the past year, she's only had one sinus infection. "It's amazing," she says. "Prior to that, I had one once a month."

Fite still has her worries, though. She has to be on aspirin for the rest of her life to maintain the desensitization. "Say I get in an accident, and I bleed too much because of the aspirin," she says. The symptoms aren't totally gone, and she still can't drink alcohol without becoming really ill. Plus, she says, it's just unnerving taking aspirin every day when she knows it should kill her.

But there aren't many alternatives, so until there's a better solution, she'll stay on the aspirin.