Accessibility links
Montana's Experiment In Medicaid Expansion Proves Popular : Shots - Health News Almost twice as many people as expected have signed up for Medicaid, and it has saved Montana $3 million so far, according to a progress report. But the program still has critics. 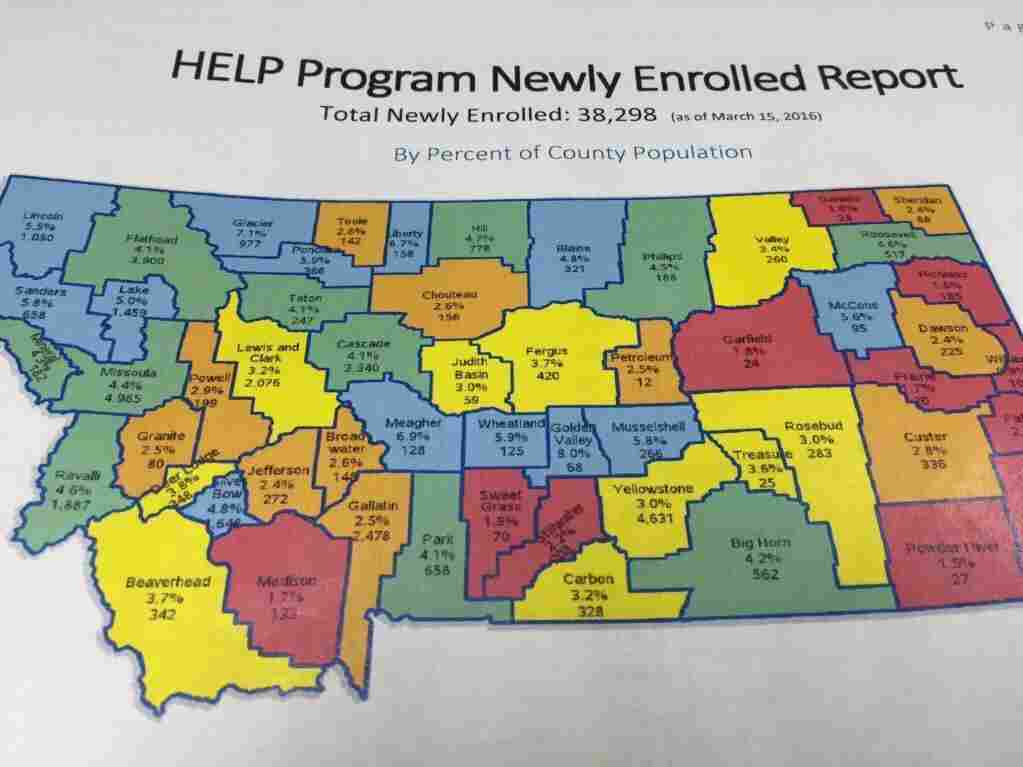 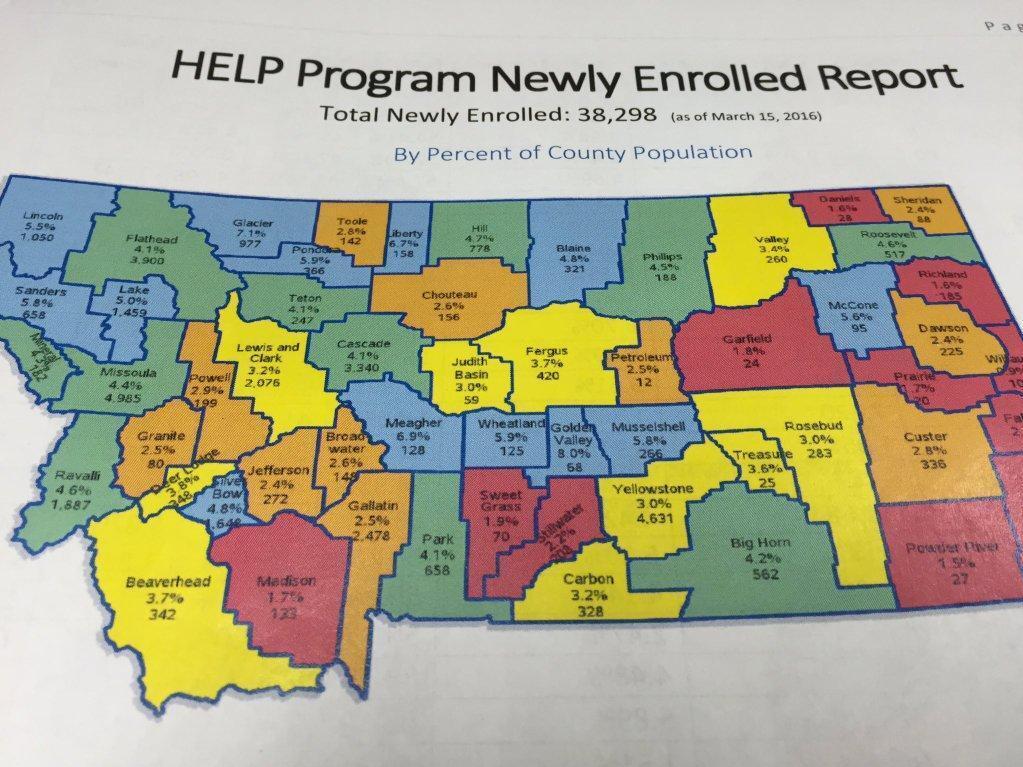 Montana's new Medicaid expansion just got its first progress report, and it is exceeding expectations.

Initial projections were for about 23,000 of the state's estimated 70,000 Medicaid-eligible residents to take up the new coverage in its first year. Instead, in the first quarter, since its rollout on Jan. 1, enrollment is at 38,298.

The report came Tuesday from the Medicaid expansion oversight committee that Montana's legislature set up when it approved expansion last year. Supporters cheered the numbers, but some Republicans are still pushing for repeal.

Marie Matthews, an official in the state health department that administers the expansion, reported "incredible success." The program has already saved the state general fund about $3 million, she said.

That's because the federal government is now paying 100 percent of the cost of care for about 8,000 Medicaid recipients. Before, the state had been paying its normal 34 percent match.

"As required in this piece of [state] legislation, that money was appropriated to the [health] department," Matthews told the committee, "and because we saved it, we froze it and gave it back to the general fund."

So far, federal Medicaid expansion funds have paid for $38 million in health care services for Montanans, Matthews said. The health department said 80 percent of those services have been for people with incomes below the federal poverty level, which is $11,880 for an individual this year. The payments have been roughly split between outpatient visits, hospital care and pharmaceuticals.

Montana's Medicaid expansion was a compromise written to win support from enough Republicans to get through the GOP-controlled legislature so that Democratic Gov. Steve Bullock could sign it. That meant negotiating a federal waiver that requires co-pays and premiums to be charged to recipients with incomes above 50 percent of the federal poverty level. They can be charged up to 2 percent of their quarterly income to get coverage.

Matthews says the average premium is $31 a month, and that initial collections are strong.

"We have already collected to date 68 percent of the amounts billed for premiums," she said. That's about $367,000.

"We are seeing clients pay the premium and take responsibility for getting health care coverage and participating in the program, which is exactly the goal," Matthews said.

Failing to pay premiums does not result in immediate loss of coverage in most cases. Recipients between 101 and 138 percent of the federal poverty level get a 90-day grace period, and college students, veterans and people engaged in job training programs cannot be dropped from coverage if they don't pay premiums.

Montana's Medicaid expansion oversight committee consists of state lawmakers, as well as representatives of insurance companies and hospitals and clinics. Members who spoke at the hearing where the numbers were presented were pleased, but notably absent was the Republican state representative who has been the fiercest critic of expansion.

Another Republican state lawmaker on the committee, however, has indicated that he may file a bill calling for repeal of expansion when Montana's every-other-year legislature next meets in 2017.

"How can a member of this committee ... introduce a bill to repeal an act that hasn't even had a chance to get going?" asked committee member Kevin Howlett, health director for the Confederated Salish and Kootenai Tribes.

"It's called a placeholder," responded that lawmaker, state Sen. Bob Keenan, who represents the town of Bigfork.

"That's not an answer," Howlett replied, but the hospital CEO who chairs the committee moved the meeting along without further dialogue on the topic.

This story is part of a partnership that includes Montana Public Radio, NPR and Kaiser Health News.