Accessibility links
Supreme Court Takes Up Birth Control Access Yet Again : Shots - Health News For the fourth time in five years, the justices consider a requirement of the Affordable Care Act that most health plans provide women access to birth control without copays. 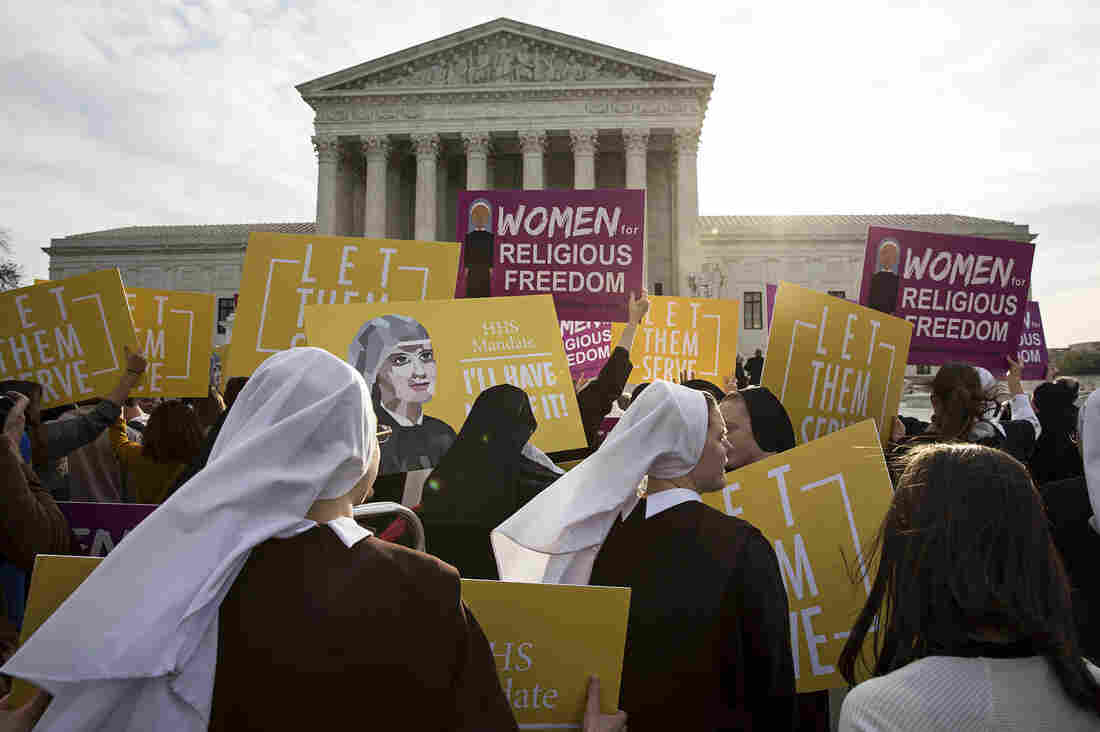 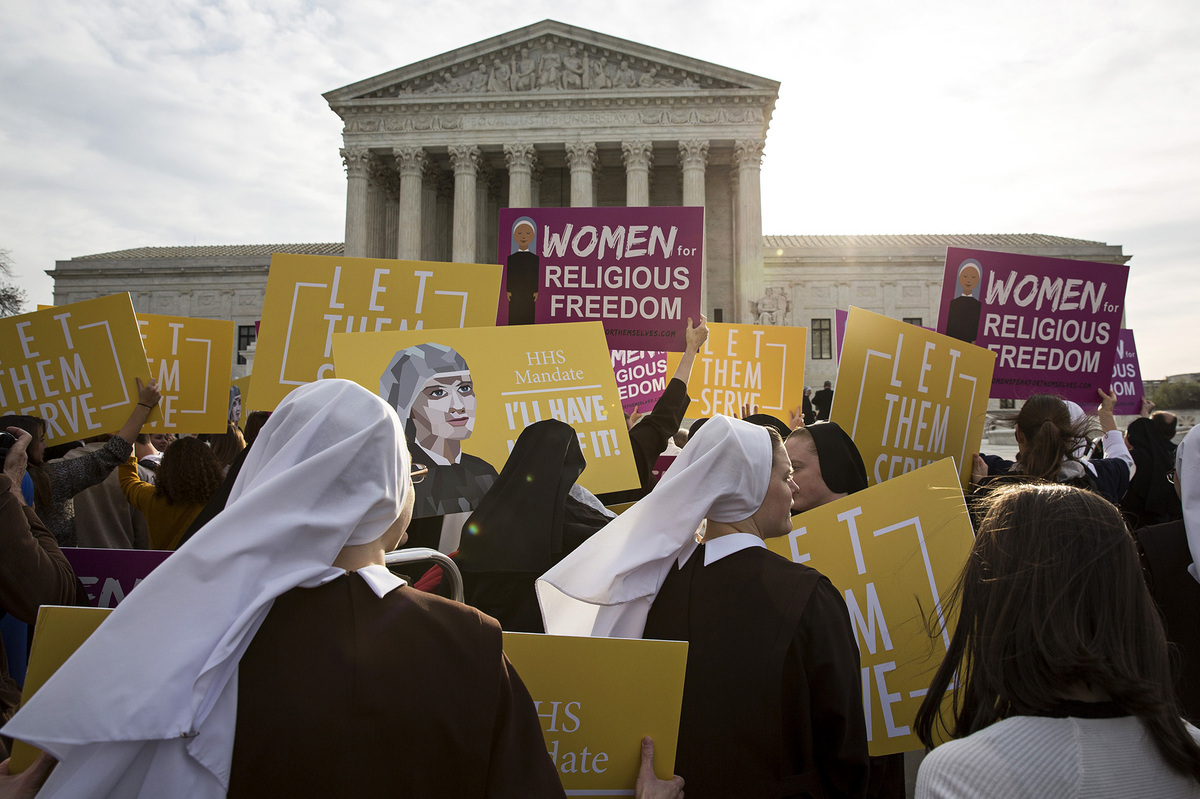 Nuns and others opposed to the Affordable Care Act's contraception mandate rally outside the U.S. Supreme Court Wednesday.

On the sixth anniversary of the enactment of the Affordable Care Act, the federal health law was back before a seemingly divided Supreme Court Wednesday.

At stake this time is the controversial requirement that most health insurance plans provide women with access to contraceptives at no additional out-of-pocket cost. Specifically at issue is whether a special accommodation the Obama administration has provided for religiously affiliated employers (such as universities or hospitals) still violates a federal law protecting the free exercise of religion.

The current case, Zubik v. Burwell, is actually seven cases being considered together. The plaintiffs, led by the bishop of the Roman Catholic Diocese of Pittsburgh, argue that even the act of writing a letter makes them "complicit in sin" by enabling employees to obtain birth control coverage.

The liberal members of the court made it clear that they agreed with the lower-court rulings in the cases, all of which found that the requirements do not pose a "substantial burden" on the exercise of religion under the Religious Freedom Restoration Act.

"It's not a substantial burden if someone else is going to do the action you object to," said Justice Sonia Sotomayor.

If the court deadlocks in a 4-4 tie, as seems possible, it could order the case to be argued again whenever there is a ninth justice to replace the late Antonin Scalia. Or it could issue a split decision that would uphold the appeals court rulings in question, but set no national precedent.

This is not only the fourth time in five years the court has been asked to rule on a key aspect of the health law, it is the second time in three years it has taken up the so-called contraceptive mandate.

In 2014, the court ruled 5-4 that the craft store chain Hobby Lobby and other closely held for-profit companies didn't have to provide contraception as part of their health insurance plans if they had a religious objection.

The current case comes in the midst of an election campaign that could be affected by efforts to limit women's access to contraception and abortion.

Poll results released Wednesday by the Kaiser Family Foundation show that more than a third of those surveyed (and 40 percent of women) said there is "a wide-scale effort to limit women's reproductive health choices and services." (Kaiser Health News is an editorially independent program of the foundation.)

Not surprisingly, Democratic women were more likely than Republican women to say there is a widescale effort (56 percent vs. 25 percent) and far more likely to say that they are "personally concerned" about women's reproductive health choices (52 percent vs. 18 percent).

The contraceptive case comes only weeks after the court heard a case from Texas that could limit women's access to abortion.

Kaiser Health News is an editorially independent news service that is part of the nonpartisan Henry J. Kaiser Family Foundation. Julie Rovner is on Twitter: @jrovner