Accessibility links
Sleep As A Basic Human Right : Shots - Health News Arianna Huffington says we're in the midst of a sleep deprivation crisis and that Donald Trump really shouldn't be bragging about needing only four hours of sleep a night.

Millions of Americans recharge their phones, screens and laptops before they go to bed at night, but do they recharge themselves?

Arianna Huffington, co-founder and editor in chief of The Huffington Post, says we are in the midst of a sleep-deprivation crisis that creates anxiety, as well as exhaustion, depression, a higher risk of motor vehicle accidents — and overall sleep-deprived stupidity. NPR's Scott Simon talked with her about her new book, The Sleep Revolution: Transforming Your Life, One Night at a Time.

You had a kind of wake-up call on this subject, didn't you?

Yes, actually nine years ago, April 2007. I collapsed from sleep deprivation and hit my desk on the way down and broke my cheekbone; that was my wake-up call. [It made me think about] changing my own life, understanding the science behind the need for sleep, and also looking around and seeing how many millions of us are in states of perpetual exhaustion to the point where it becomes the new normal and we don't even notice it.

Isn't there a kind of macho attached to people who feel they only need a little sleep to function? 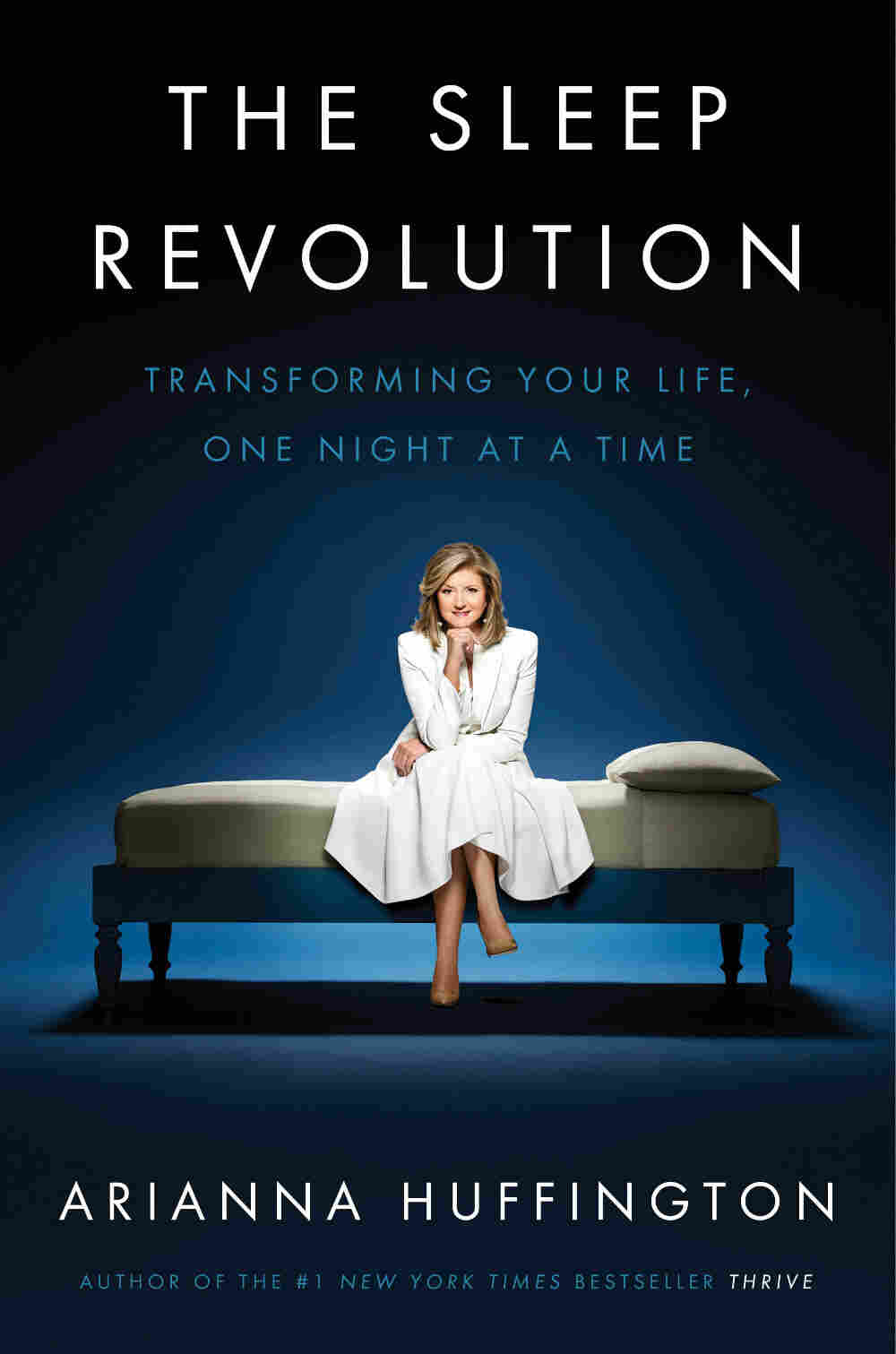 Transforming Your Life, One Night at a Time

Title
The Sleep Revolution
Subtitle
Transforming Your Life, One Night at a Time
Author
Arianna Huffington

Oh, absolutely. There's a tremendous braggadocio going on. I had dinner with a guy recently who bragged that he had only gotten four hours sleep the night before. I didn't say it, but I thought: "This dinner would have been a lot more interesting if you had gotten five."

We hear employees being congratulated for working 24/7, which now we know is the cognitive equivalent of coming to work drunk. But it's changing. We are now in this amazing transition period where more and more companies are beginning to realize that living like that and working like that has actually terrible consequences — not just on the health and productivity of their employees but also on their bottom line.

You talk about sleep as a basic human right that we have not ranked among the right not to go hungry, the right to freedom of expression — that sort of thing.

It's a right that has been violated both in workplaces, where employees have been expected to be perpetually on, and by us, because we have so minimized the importance of sleep.

I will point out that Donald Trump says he gets by on just about four hours of sleep. Any reaction to that?

Yes, in fact, he displays every symptom of chronic sleep deprivation as described by the American Academy of Sleep Medicine: difficulty processing information, paranoid tendencies, mood swings. The way he made statements that he actually had to retract, like banishing women who have abortions, shows that sleep deprivation is a slippery slope.

How many times have you been doing interviews for this book and somebody has pretended to fall asleep on you?

Oh, it hasn't happened — are you about to do it?

I couldn't bring myself to do it.

I would consider it a compliment.