Accessibility links
For The Navajo Nation, Uranium Mining's Deadly Legacy Lingers : Shots - Health News Uranium mining on Navajo lands ended in 1986, but the tribe is still suffering profound health effects. The government started cleanup only recently; many of the polluters have gone out of business. 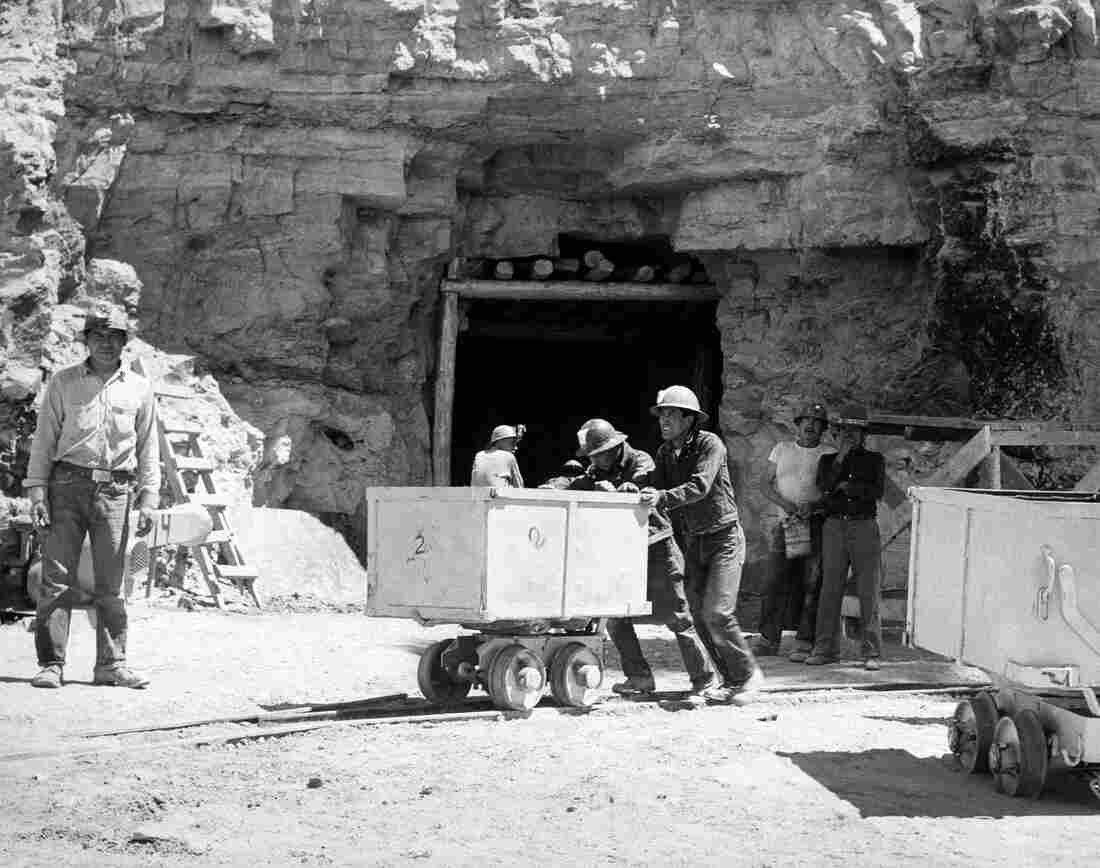 Navajo miners work at the Kerr-McGee uranium mine at Cove, Ariz., on May 7, 1953. AP hide caption 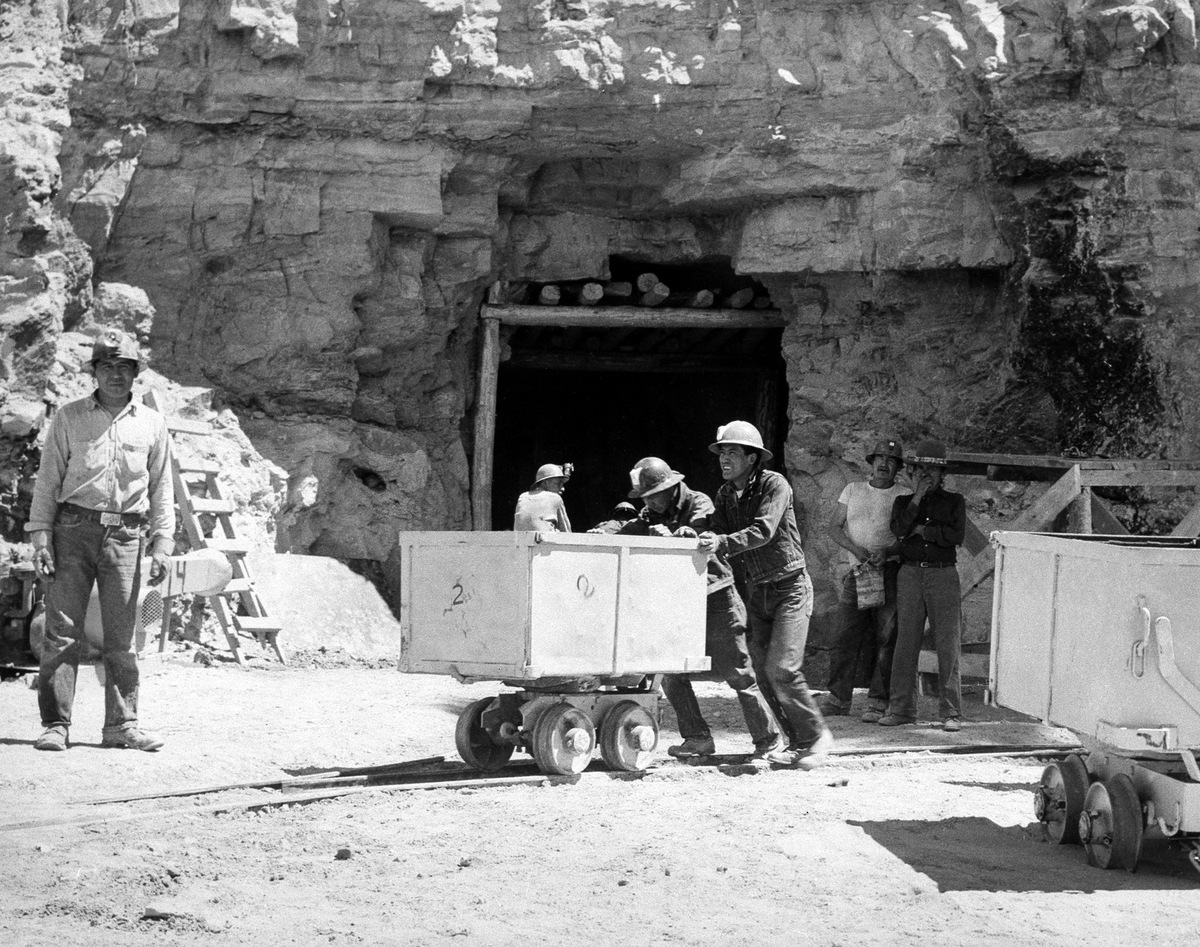 The federal government is cleaning up a long legacy of uranium mining within the Navajo Nation — some 27,000 square miles spread across Utah, New Mexico and Arizona that is home to more than 250,000 people.

Many Navajo people have died of kidney failure and cancer, conditions linked to uranium contamination. And new research from the CDC shows uranium in babies born now.

Mining companies blasted 4 million tons of uranium out of Navajo land between 1944 and 1986. The federal government purchased the ore to make atomic weapons. As the Cold War threat petered out the companies left, abandoning more than 500 mines.

Maria Welch is a field researcher with the Southwest Research Information Center, which is working with the federal Centers for Disease Control and Prevention and state and local groups to gauge the impacts of uranium on Navajo families today. She surveys Navajo families for the Navajo Birth Cohort Study, which has 599 participants so far.

When they did the mining, there would be these pools that would fill up. And all of the kids swam in them. And my dad did, too.

On a recent day in Flagstaff, Ariz., she asks a mother about feeding practices for her baby. Forty percent of the tribe lacks running water. Welch learns that the mother mixes baby formula with tap water.

One of the study's findings: 27 percent of the participants have high levels of uranium in their urine, compared to 5 percent of the U.S. population as a whole.

Welch, who is Navajo, got involved in the study because of her own family's exposure to uranium. Both of her parents grew up next to mines, even playing in contaminated water.

"When they did the mining, there would be these pools that would fill up," she says. "And all of the kids swam in them. And my dad did, too."

Many Navajo unwittingly let their livestock drink from those pools, and their children play in mine debris piles. Some even built their homes out of uranium. 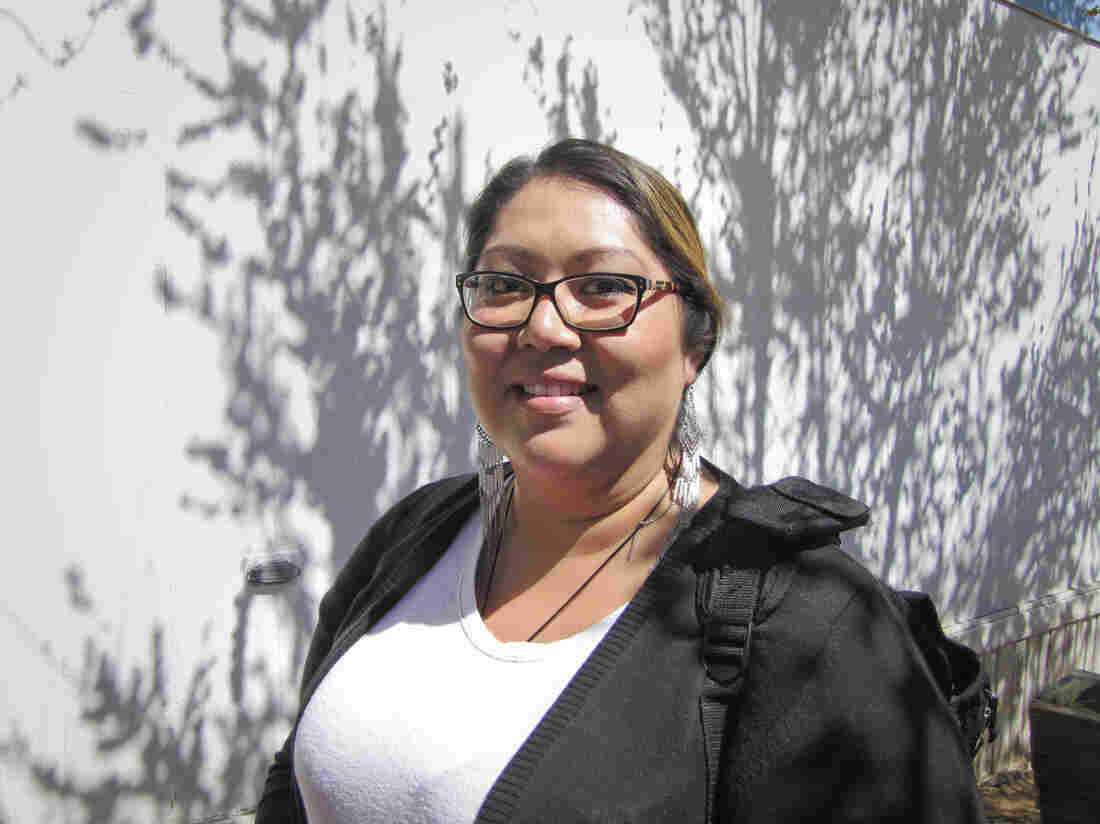 Maria Welch is a researcher studying the impact of uranium mining on Navajo families today. She also has a personal interest: Both her parents grew up next to mines. Laurel Morales/KJZZ hide caption 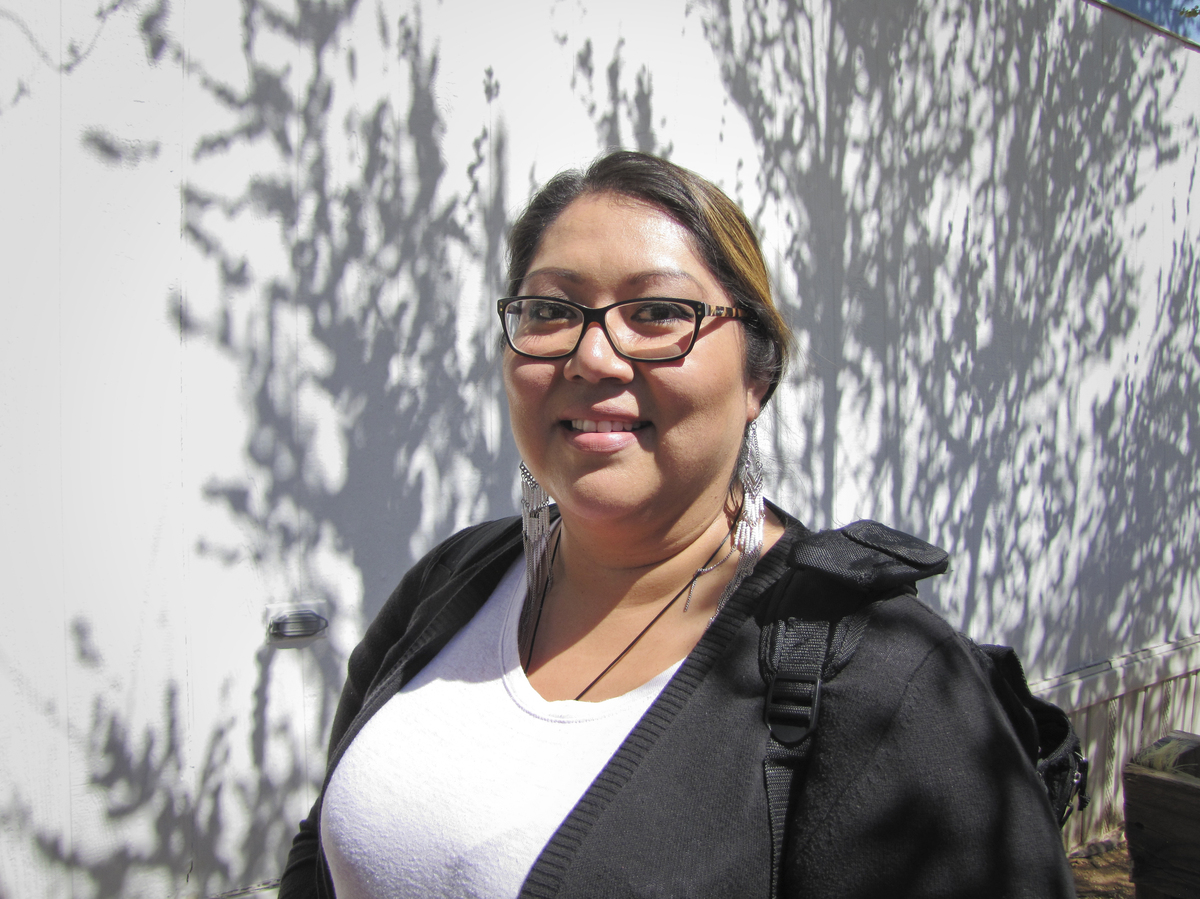 Maria Welch is a researcher studying the impact of uranium mining on Navajo families today. She also has a personal interest: Both her parents grew up next to mines.

All four of Welch's grandparents have died, and she worries about her parents' health and now her daughter's. Cancer rates doubled in the Navajo Nation from the 1970s to the 1990s.

George McGraw, a human rights advocate working on the Navajo Nation, has one answer.

"Problems like this really disproportionately affect low-income communities of color," says McGraw, whose organization DIGDEEP is raising money to dig wells on the reservation.

"Flint (Michigan) might feel really far away from the Navajo Nation in rural Arizona. But when you look at the demographics of it, it really isn't," he says. "This is a community that has found themself voiceless."

The U.S. Justice Department has recently gone after some of the mining companies. Since 2008, the Environmental Protection Agency has hauled away thousands of cubic yards of mine waste and has rebuilt nearly 50 contaminated homes, says EPA Regional Administrator Jared Blumenfeld. But there's still much more to be done.

"We're spending a lot of time making sure that the polluters pay, so it isn't the federal taxpayer," he says.

One company, Anadarko Petroleum, and its subsidiary Kerr-McGee recently paid $1 billion to the Navajo Nation for cleanup and as compensation to people living with the effects of uranium contamination.

But one-third of the mining companies have shut down or have run out of money. The federal government knew about some of the dangers decades ago, but only started the cleanup in recent years.

"We understand that there's frustration," Blumenfeld says. "We share that frustration that some of this takes a long time."

And the uranium issue on the Navajo Nation is part of a much bigger problem. Across the western United States there are more than 160,000 abandoned hardrock mines — thousands of which continue to pollute.