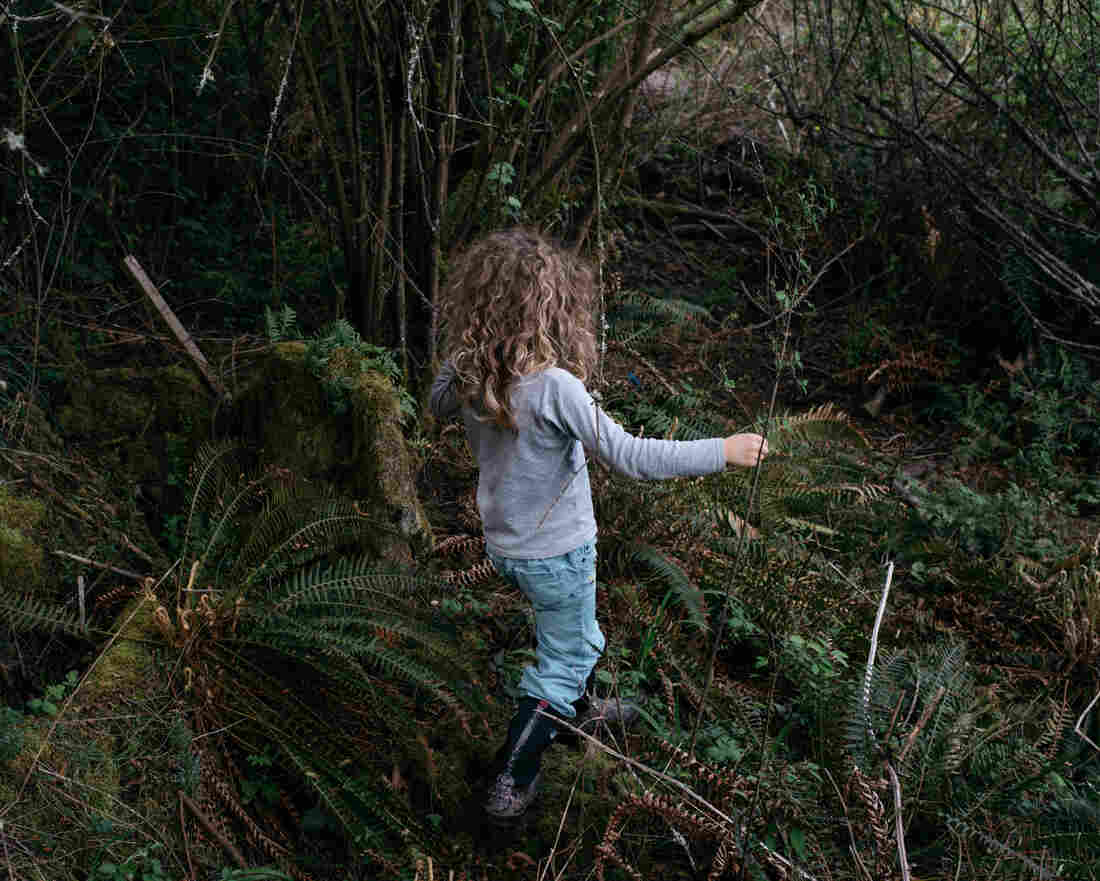 Sophie plays in her backyard in Bellingham, Wash. Her mother says she started objecting to being identified as a boy around age 2. Ian C. Bates for NPR hide caption 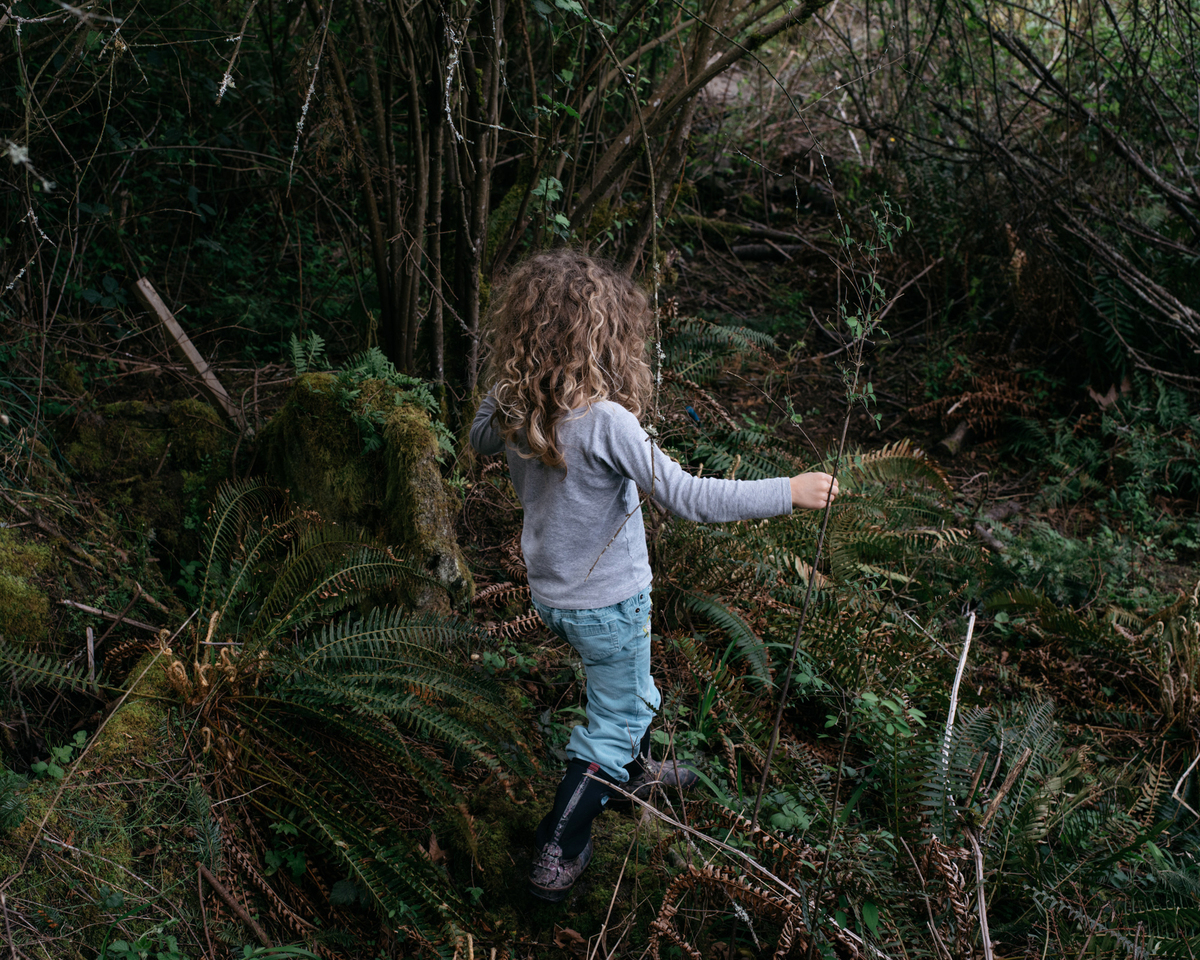 Sophie plays in her backyard in Bellingham, Wash. Her mother says she started objecting to being identified as a boy around age 2.

Sophie lives with her family in Bellingham, Wash. Her mother, Jena Lopez, says she started seeing the signs before Sophie turned 2.

Sophie's parents didn't know what to do. They didn't know if this was just a phase, and they knew the statistics for transgender people are grim. Nearly all the research into transgender mental health shows poorer outcomes. Attempted suicide rates are nine times higher than for people overall, and rates of depression and anxiety are higher, too. But Sophie convinced them. "I proved it," she says.

There's very little data on children who have fully socially transitioned, says Kristina Olson, an associate professor of psychology at the University of Washington. Olson got interested in the subject when a friend's 10-year-old was transitioning from male to female. Olson knew attitudes about transgender people were changing, both in society and in science.

"Forty years ago everyone considered this to be a pathology," Olson says. It was considered a "gender identity disorder" until 2013, when it was changed to "gender dysphoria" in the fifth edition of the DSM, the diagnostic manual for mental health.

Olson says a lot of research still works under this assumption and is based on children in clinical settings where they've often been brought to be treated.

Sophie says she likes being a kid and "that I get to be Sophie." Ian C. Bates for NPR hide caption

Sophie says she likes being a kid and "that I get to be Sophie."

"So I had no idea, based on the literature, what impact my friend's decision would have on her child's life," Olson says.

That's especially important, since what research there is paints such a bleak picture. But it's not clear what's the cause of mental distress for transgender people. It could be due to internal factors, such as gender dysphoria, the tension resulting from having a gender identity that differs from the one assigned at birth. Or it could be due to external factors, such as discrimination and lack of support. As Tara Haelle reported last month in Shots, researchers are just starting to try to figure that out.

So Olson decided to do her own study looking at families who are supporting their child's decision to live as a gender different from their biological sex. The study, published in the March issue of Pediatrics, looked at the mental health of 73 transgender children between ages 3 and 12. What it found was strikingly different from other research.

"They had exactly the national average for depression," says Olson. "They are no more or less depressed. They show a marginal, like, a tiny bit of an increase in anxiety, but nowhere near the rates that previous work has found."

The study can't make a direct connection between the healthier outcomes and parental support, but Olson says it shows that the struggles that have been reported by people who transition aren't inevitable. Olson plans to follow the children to see what happens as they grow older. Adolescence is a time when many mental health problems emerge, and no one knows what will happen with these children over time.

There is a desperate need for research in this field, according to Dr. Aron Janssen, clinical assistant professor, Department of Child and Adolescent Psychiatry at NYU Langone's Child Study Center. "It's incredibly refreshing to have this little bit of good news, because I've seen in my work a lot of these kids with really positive outcomes. And their stories aren't often the stories that are told," Janssen says. 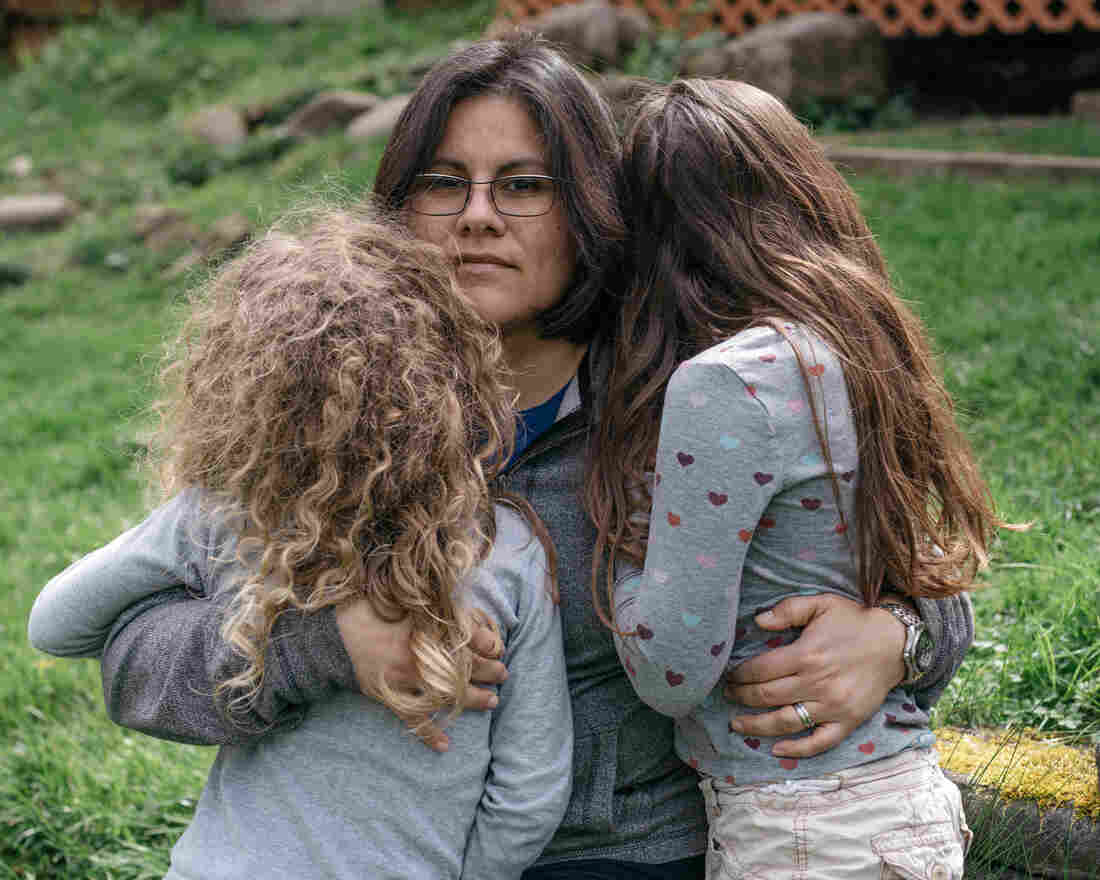 Jena Lopez with her daughters Sophie, left, and Nora. Research suggests that parental support is the key to good mental health in children who transition. Ian C. Bates for NPR hide caption 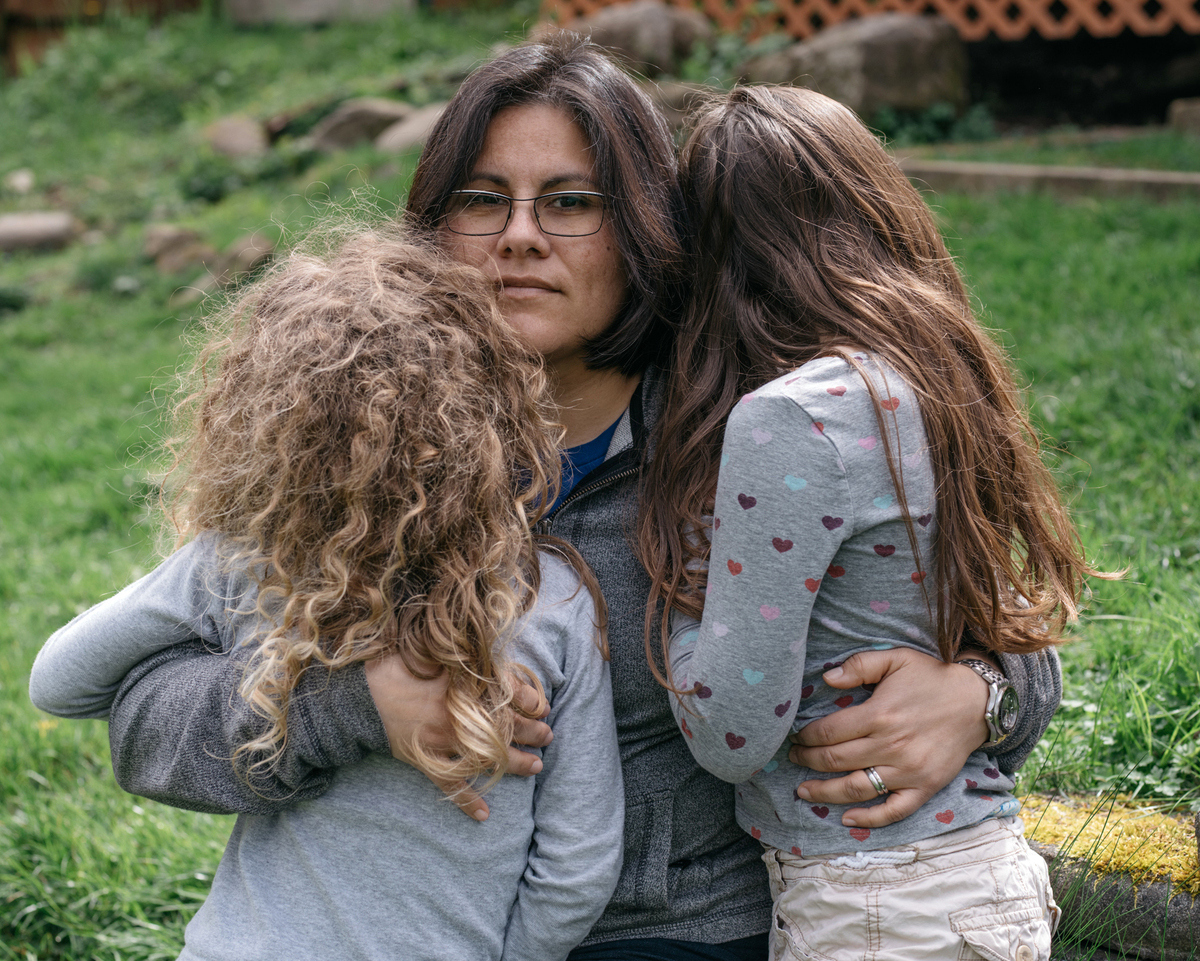 Jena Lopez with her daughters Sophie, left, and Nora. Research suggests that parental support is the key to good mental health in children who transition.

The more common stories are of transgender people who are not supported and face discrimination that can lead to problems at school and at work, as well as poverty and increased risk of substance abuse

The hope is that if Sophie's gender identity is validated early on, she will be less vulnerable to mental health issues. Her mother says that rings true for her family. "She's blossomed," Lopez says.

Sophie says: "I like being a kid." And she likes "that I get to be Sophie."