Accessibility links
A Fitbit Saved His Life? Well, Maybe : Shots - Health News A man shows up in the emergency room with a speedy, irregular heartbeat, but can't say when it first went awry. No problem. The ER doctors just checked the phone records of his fitness tracker. 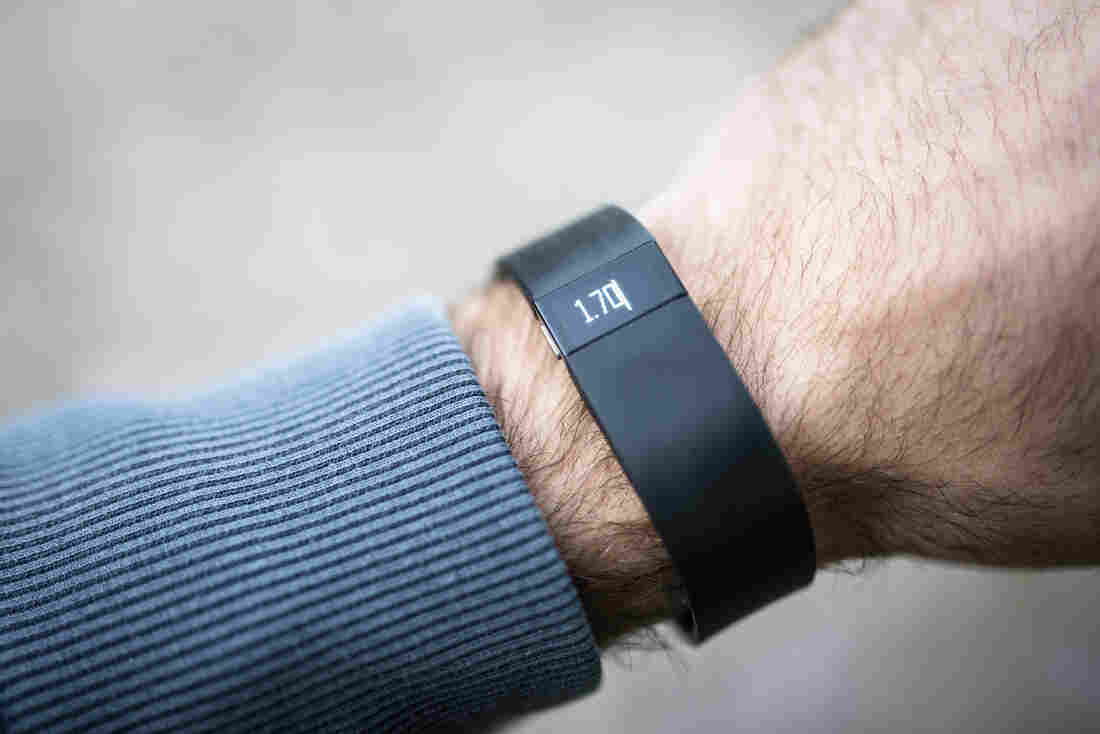 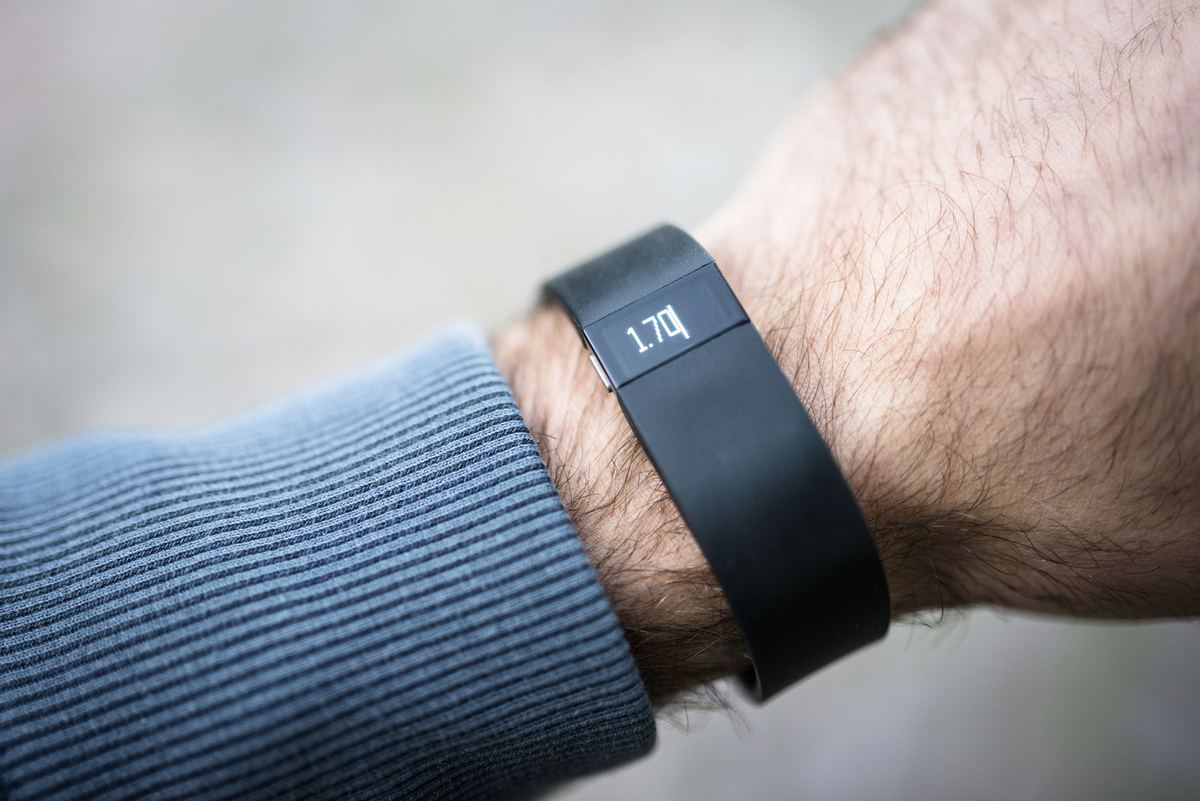 If so, you already know that electronic fitness trackers can let you keep records on your smartphone of how many steps you've walked, how much you've slept, maybe your heart rate, or even where you've been.

But what can the gadget tell your doctor? A few things that are pretty useful, it turns out.

Doctors at an emergency room in New Jersey recently used heart-rate data from a patient's Fitbit to quickly figure out what treatment he needed to get his suddenly irregular heartbeat under control. They published the case study online this month in the Annals of Emergency Medicine.

The patient showed up at the ER after a grand mal seizure, a little foggy and with no idea his heart was in trouble.

"He came in with atrial fibrillation, and he didn't recognize he was in it," Dr. Alfred Sacchetti, head of emergency medicine at the Our Lady of Lourdes Medical Center, in Camden, N.J., tells Shots. Atrial fibrillation is when the two upper chambers of the heart quiver very quickly and erratically.

"And so the team asked him," Sacchetti recalls, " 'Do you feel your heart racing?' He said, 'No, I really don't feel anything. I feel perfectly fine.' "

But he wasn't fine.

That's because a patient with atrial fibrillation is at increased risk of having a stroke. When the heart's chambers aren't in sync, blood may not fully empty from the upper chambers into the lower ones. If it pools long enough in the upper chambers, that blood can clot. A piece of the clot may break off, move through the circulatory system, and block blood flow to the brain — a stroke.

So when the doctors in New Jersey couldn't determine when the fibrillation began, they had to assume it might have been going on long enough to cause a clot.

At Our Lady of Lourdes, doctors prefer to treat atrial fibrillation aggressively — shocking the patient's heart to get it back into a normal rhythm, Sacchetti says. If it works, the patient can usually go home the same day, with no medication.

But if the abnormal heart beat has been going on for more than 48 hours, the risk of a clot is high.

In that case "he needs to get admitted to the hospital, put on [medication] to dissolve the clot, if it's there, and then perform a special echocardiogram through the patient's mouth and into the esophagus so you can get a good look at the heart," Sacchetti says.

This patient was wearing a Fitbit fitness tracker that had a heart rate monitor and connected wirelessly to his smartphone. With his permission, the doctors checked the data on the phone and figured out that the episode of arrhythmia had begun only about two hours before he showed up at the ER.

"We were able to hook him up to the pads, put him to sleep, give him a little shock, and let him wake up and go home," Sacchetti says.

Sacchetti is quick to point out that a Fitbit, or any other fitness tracker, is not a medical device; the information it provides is limited and varies from model to model.

But the doctor and his collaborators in the case study think such trackers might come in handy in other situations — such as when patients' symptoms ease before they arrive at the hospital.

When a patient comes in complaining of a sudden dizzy spell earlier in the day, for example, it might stem from a rapid heartbeat, or a sudden slowing. Or it might have nothing at all to do with the heart.

A fitness tracker that monitors the heart might help doctors more quickly figure out which treatment to use.

But some other doctors are skeptical of the medical usefulness of the gadgets.

"This was interesting but not highly applicable and won't really change how we're going to do anything," says Dr. Mary Norine Walsh, a cardiologist and director of the heart failure and cardiac transplantation programs at St. Vincent Medical Center, in Indianapolis.

"There are no reliable studies showing whether fitness tracker data is accurate," Walsh says, and those studies would need to be done before physicians would use the devices widely.