Accessibility links
More People Are Seeking Genetic Testing, But Counselors Aren't Keeping Up : Shots - Health News After Angelina Jolie disclosed her genetic predisposition for breast cancer, demand for genetic tests went up. Counselors help interpret those tests, and demand for their services has increased, too. 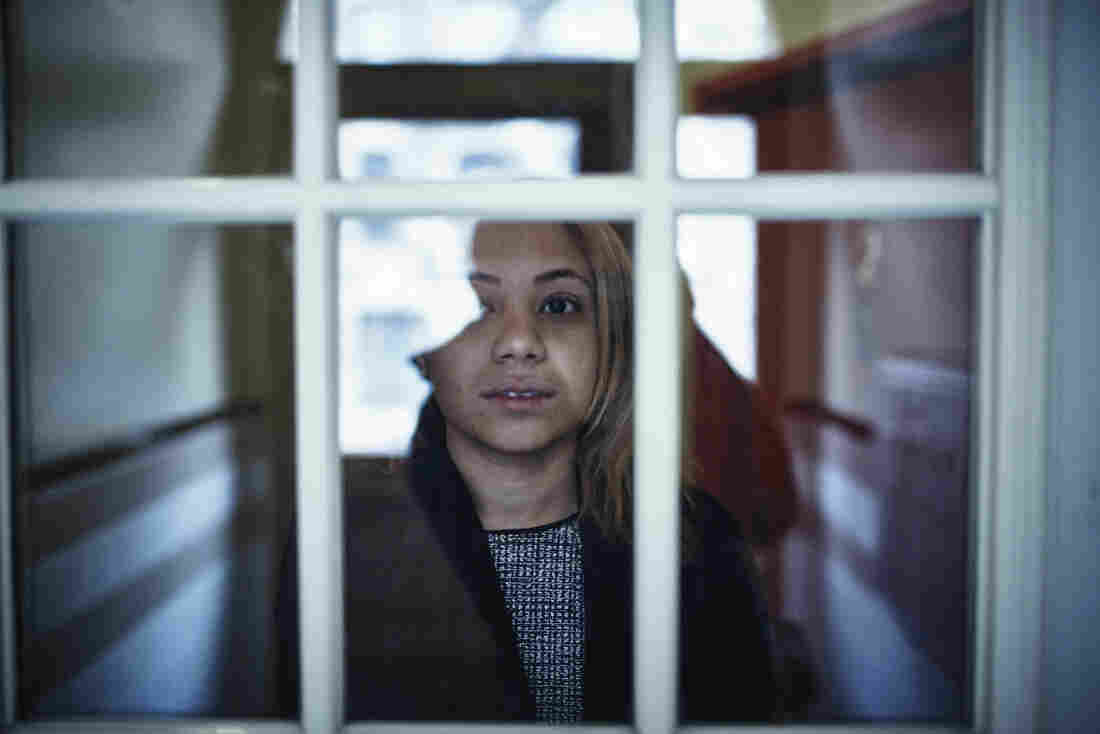 When Erika Stallings was 22, she found out that she might have a genetic mutation that greatly increased her risk of cancer. Misha Friedman for NPR hide caption 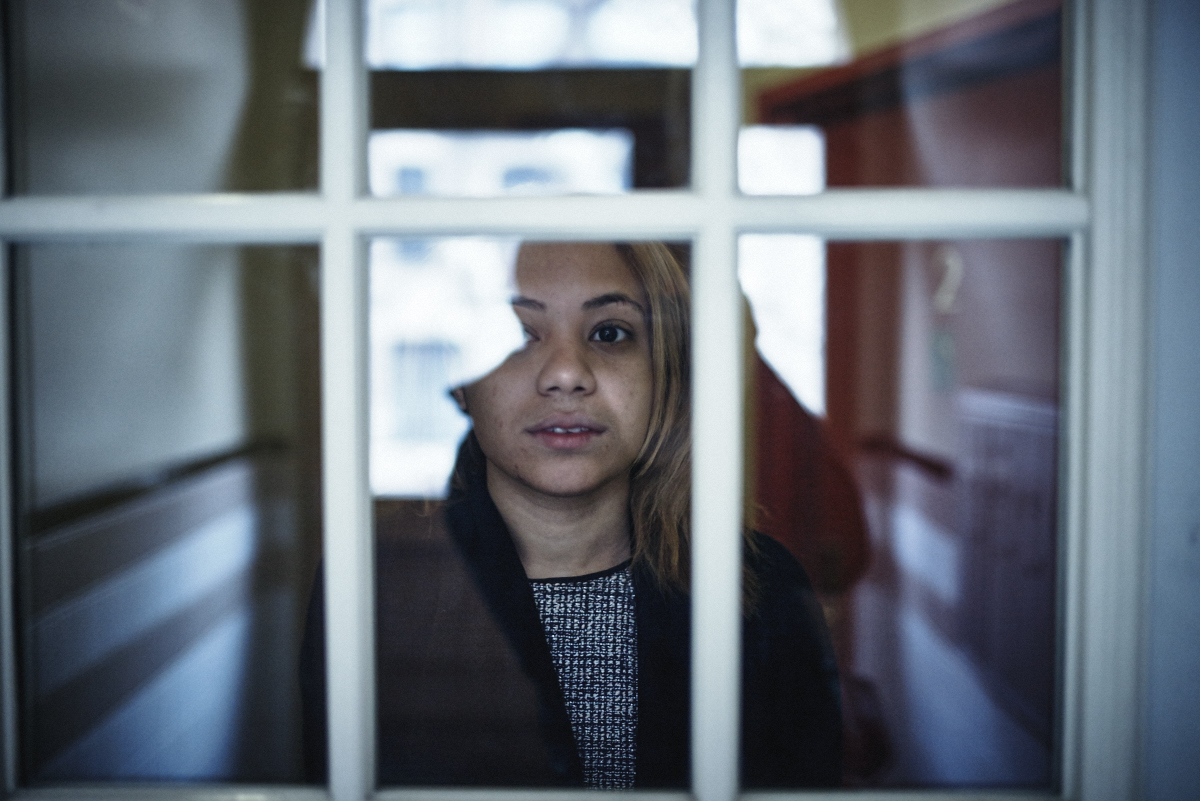 When Erika Stallings was 22, she found out that she might have a genetic mutation that greatly increased her risk of cancer.

Erika Stallings' mom was diagnosed with breast cancer at the age of 28. When it came back in her early 40s, her physicians started looking for clues.

"That's when the doctors realized there may be something genetic going on, and that's when she was tested, and found out she was a carrier for BRCA2," says Stallings.

BRCA1 and BRCA2 are genes. Carrying a mutated BRCA gene increases a person's risk for developing certain cancers, including breast and ovarian cancer.

But Erika was only 22 years old when she learned of her mother's diagnosis and not yet ready to put herself through the testing process.

"I had just gotten accepted into law school, I was going to be moving to D.C., my ultimate goal was to get a job and move to Manhattan," she says. "I don't want to say I pushed it to the back of my mind, but it didn't seem super pressing."

Fast forward a few years. Her law career and her New York life are settled, and she has a supportive boyfriend. She says she finally felt ready to take the BRCA test, and deal with the potential results. In December 2013, Stallings called to make an appointment and was told she first needed to meet with a genetic counselor. The first available appointment was the following May.

This five-month wait was unexpected and unwelcome.

"It just sort of adds a level of stress to something that is already stressful," Stallings says. 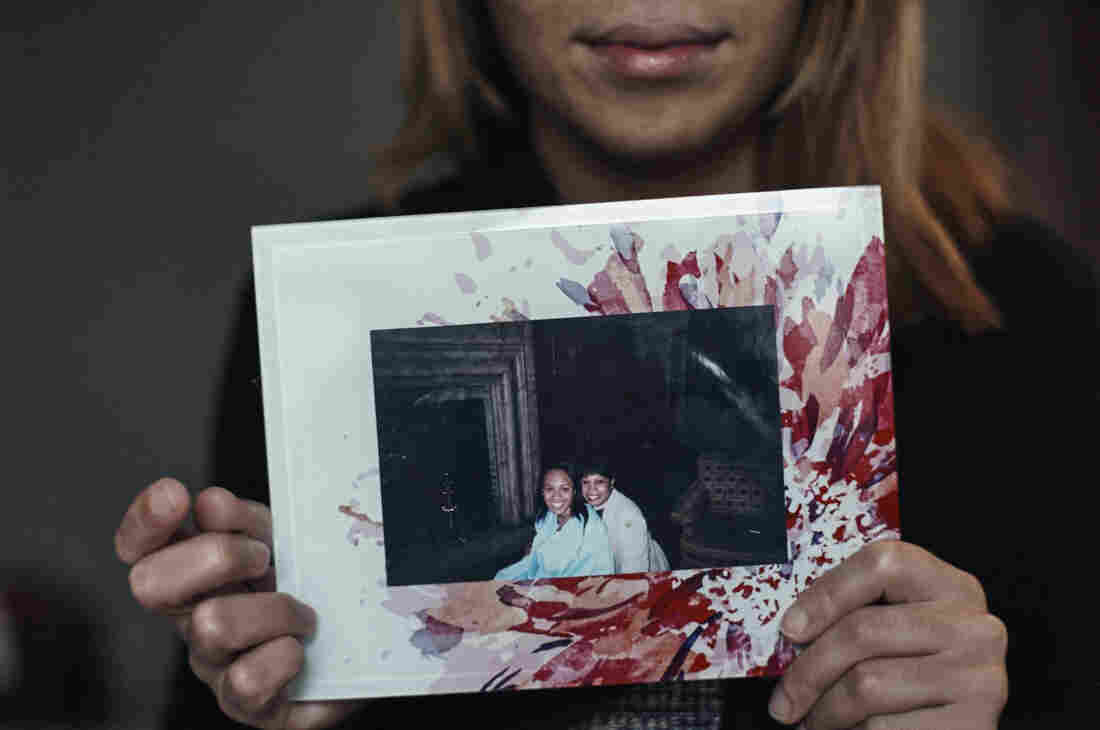 Erika's mother found out that her breast cancer was caused by the BRCA2 mutation. That meant Erika had a 50 percent chance of having the mutation, too. Her mother is doing well. Misha Friedman for NPR hide caption 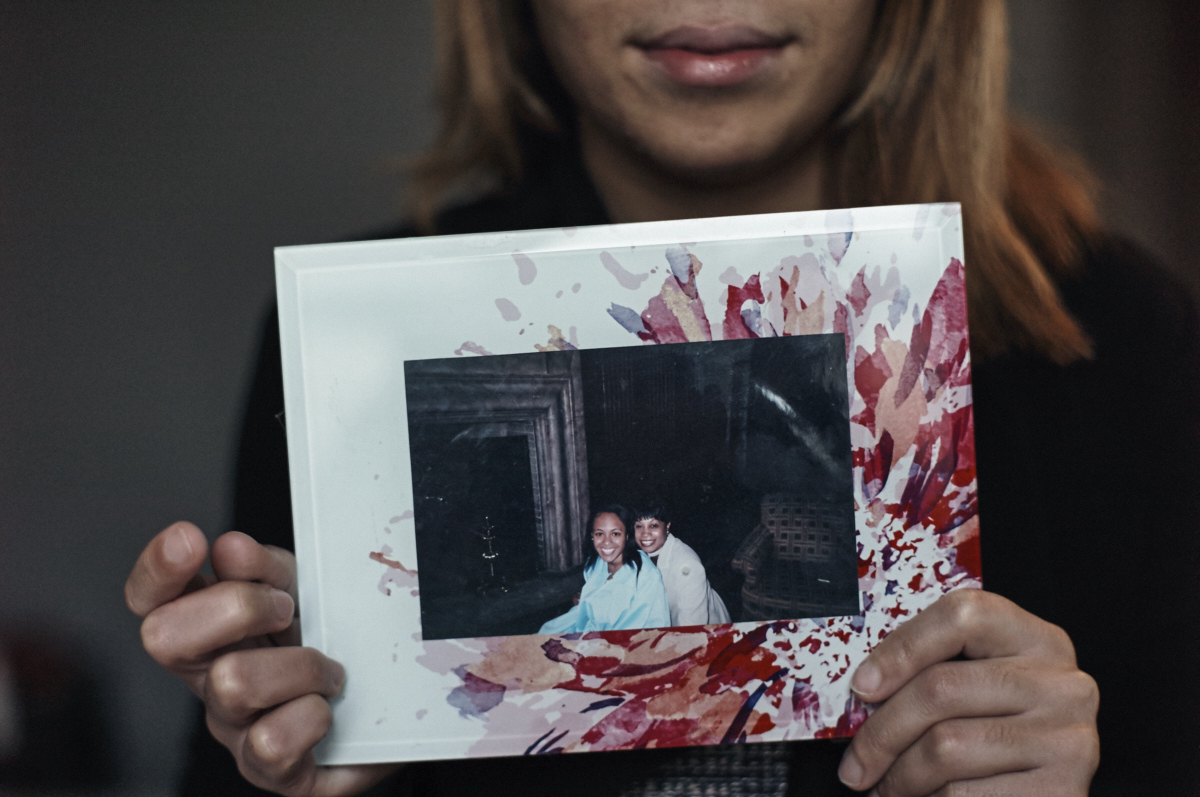 Erika's mother found out that her breast cancer was caused by the BRCA2 mutation. That meant Erika had a 50 percent chance of having the mutation, too. Her mother is doing well.

Genetic testing can help diagnose a disease and estimate your future risks, based on DNA. It can even help patients and doctors select the best medicines. In came on the scene in the late 1960s and was employed mainly to screen prospective parents and newborns for deadly inherited diseases like Tay-Sachs.

In the early 1970s, scientists identified the extra copy of a chromosome that causes Down syndrome, and also realized that a fetus' genes were present in amniotic fluid that could be extracted through amniocentesis. By the 1980s, prenatal screening was common for conditions like Down syndrome and cystic fibrosis.

The sheer number of genetic tests has exploded in the past decade or so. There are now thousands of different testable genetic disorders. In fact, demand for genetic tests has been strong since 2013. And there are two main reasons for that.

"The first was the Supreme Court decision that patenting of genes was no longer an option," says Joy Larsen Haidle, a genetic counselor and past president of the National Society of Genetic Counselors.

And that same year, Angelina Jolie captured the world's attention with her op-ed in The New York Times disclosing her "faulty" BRCA1 gene, and her decision to have a double mastectomy to reduce her breast cancer risk.

She says people became much more willing to talk about their genetic predispositions and seek out testing for conditions like Alzheimer's disease and cystic fibrosis. The number of patients seeking genetic counseling and testing has increased dramatically, according to a 2014 study that looked at how Jolie's announcement affected interest in testing.

But the number of genetic counselors, the people who help both doctors and patients make sense of these tests, hasn't expanded enough to keep up with that demand. There are just 4,000 certified genetic counselors in the country today. That's one for every 80,000 Americans.

"As genetic testing is growing and becoming more widely adopted by everyone for all sorts of different things, not just pregnancy, but cancer, heart disease, there is a disconnect," says Neha Kumar, chief product officer at Recombine and a trained genetic counselor. "Who will actually interpret and provide those results to patients?"

Recombine offers a screening test for more than 250 genetic diseases parents may pass on to a child, including conditions such as cystic fibrosis and Tay-Sachs.

Clients typically are offered genetically counseling both before and after a test. They discuss the tests, what they may reveal and what the gray areas might mean. Each counseling session lasts between 30 minutes and an hour.

Genetic counselors also are well versed on genetic risk and family history, and can help people choose the most appropriate tests.

Haidle points out that for lots of patients, especially those not getting breast cancer screenings, the current genetic counseling workforce is meeting demand — appointment wait times are often just a week or two.

Still, the field is facing a bottleneck as it works to increase the number of certified counselors.

"It is going to take a while before we really have the workforce we need to provide the care that individuals out there need," says Anne Greb, director of the Joan H. Marks Graduate Program in Human Genetics at Sarah Lawrence College.

Thirty-one universities offer the required two-year master's program and fewer than 300 counselors will graduate this spring, far short of the estimated 650 current job openings around the country.

"They all get jobs," says Greb of her graduates. "I get emails or phone calls daily from recruiters looking to hire."

The average starting salary for a counselor is $65,000 to $75,000. Many insurers, including Medicare, typically don't cover counseling sessions, meaning hospitals can be forced to cover a share of the costs of having counselors on staff.

One insurer is taking the opposite approach, though. After the Angelina Jolie spike, Cigna began mandating that anyone interested in getting a BRCA test had to first meet with a counselor, even if a doctor already approved the screening. The move was intended to limit unnecessary tests and save money.

Erika Stallings tested positive for the BRCA2 mutation. She says her genetic counselor helped her make sense of the results.

"I just always tell people, it's not just enough to know you are positive. You have to see someone who can put those results in context with you," she says.

Stallings decided to have a preventive double mastectomy in 2014 at the age of 29. She's now volunteering with a breast cancer awareness group, helping to share her genetic story with more women.