Accessibility links
A Good Attitude Helps Prepare For A Healthy Old Age : Shots - Health News What you do in your 20s and 30s and 40s can make it more likely that you'll be mobile and healthy in old age, scientists say. That's true even if your ancestors didn't fare so well.

Secrets Of The Very Old And Healthy — Start When You're Young

Secrets Of The Very Old And Healthy — Start When You're Young 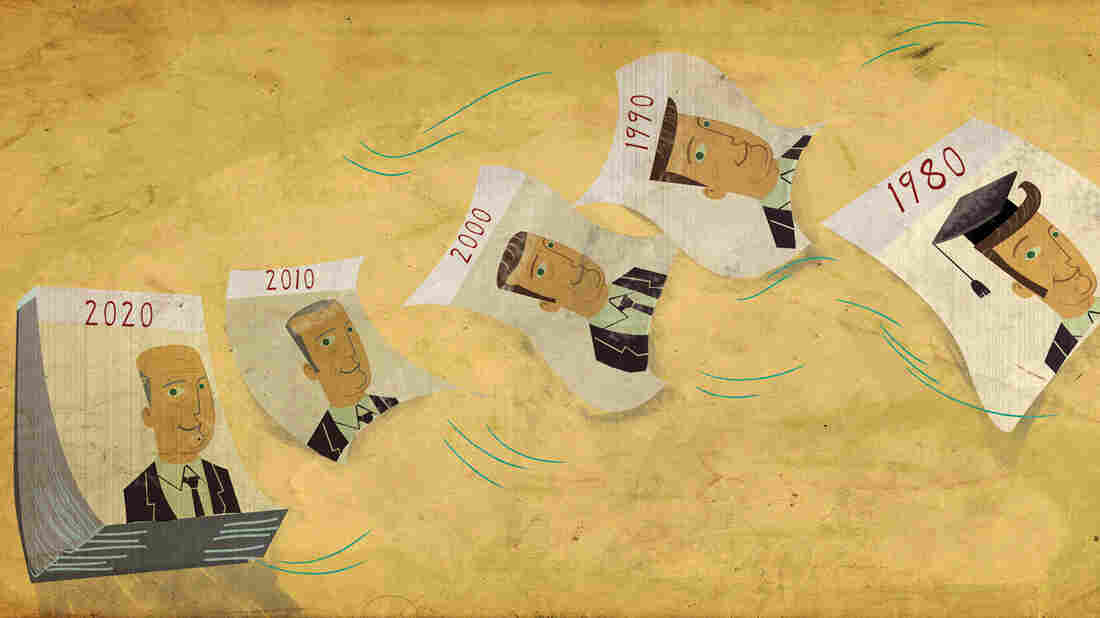 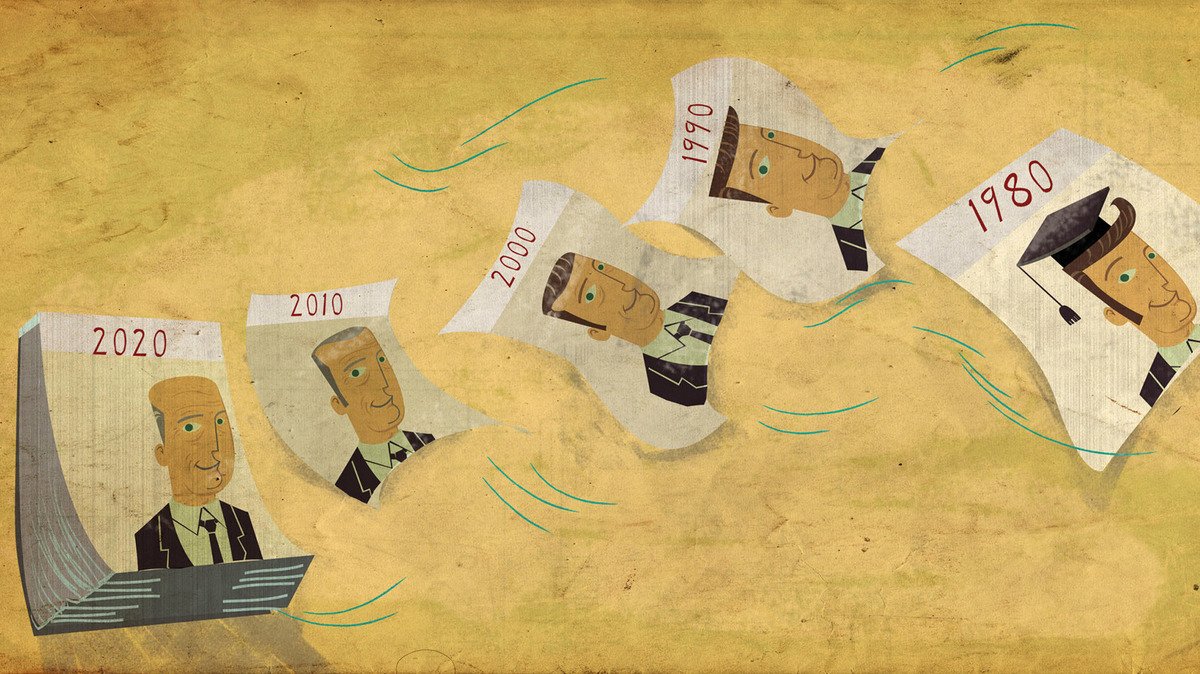 When it comes to getting old, some of us are a lot better at it than others. If I'm going to live to be 95 I would much prefer to be healthy, cogent and content. So I want to know the secrets of the healthy and very old.

Fortunately, scientists are starting to figure that out, "The good news is that there's a lot we can do about it," says Dr. Luigi Ferrucci, a geriatrician and scientific director at the National Institute on Aging. He wants to see more and more people in that state of "aging grace."

I've been thinking a lot about what makes for a robust old age because my dad just turned 95. On his birthday, he pruned trees in the yard, took a walk, played a little online solitaire and had dinner with the family. We stayed up late and laughed a lot. Last week he did his taxes — the old-fashioned way, with a pencil, a calculator and a stack of IRS forms. 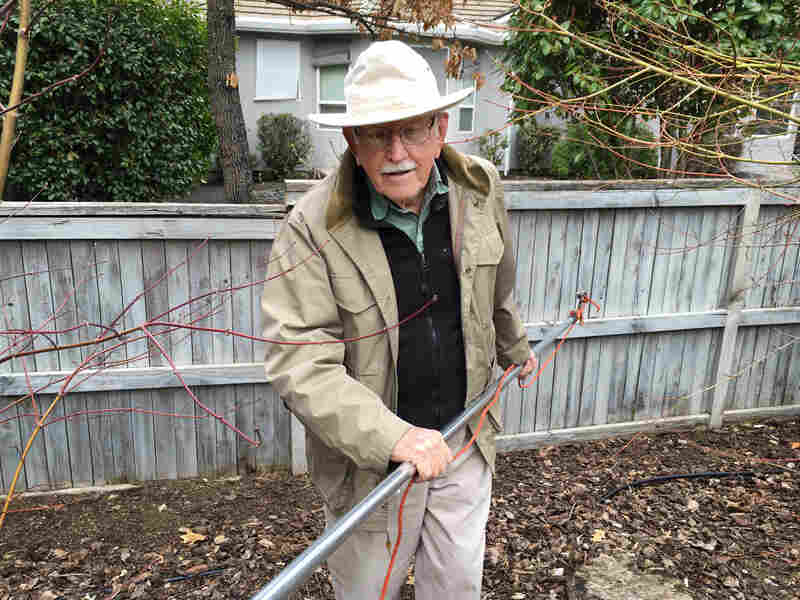 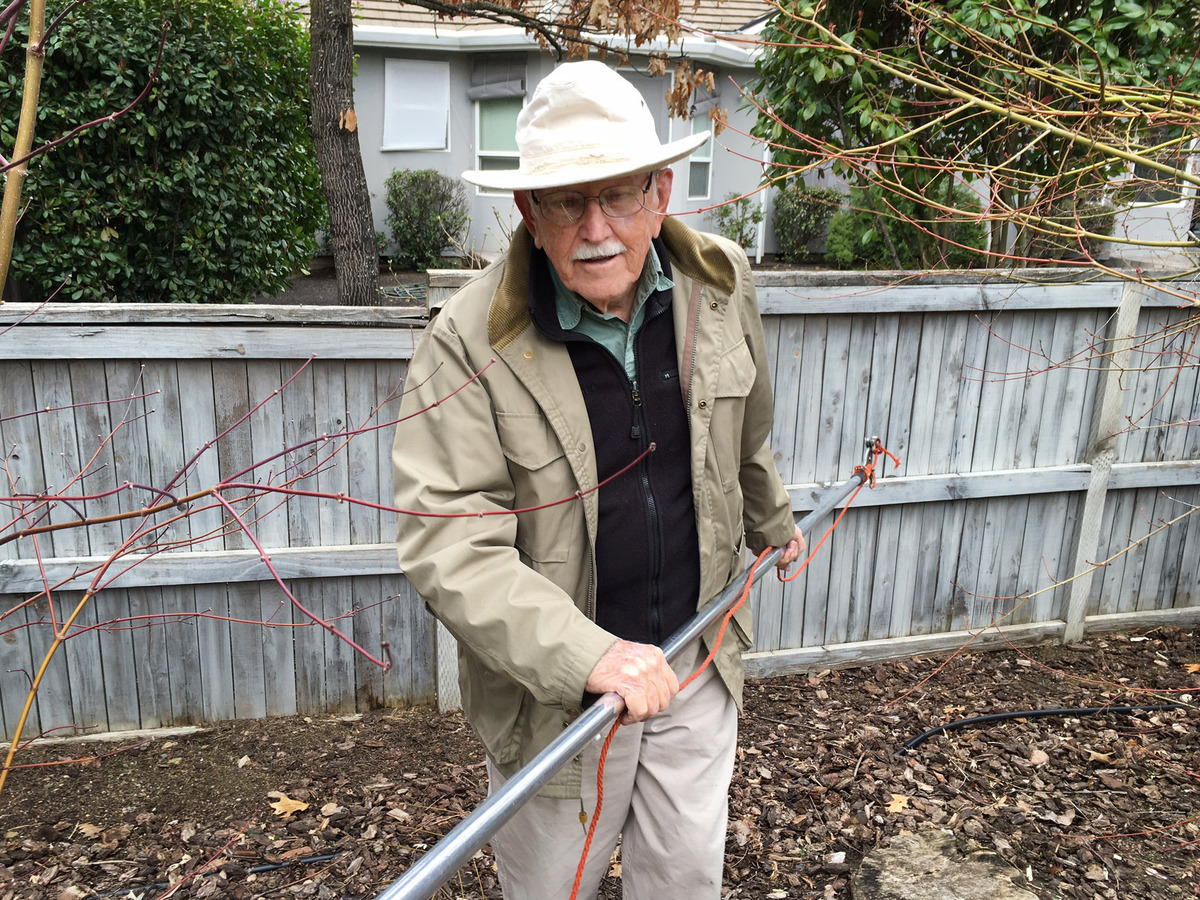 Jim Shute is 95 and still wielding a mean pole saw.

Clearly Dad has genetics in his favor; his father lived to be 94. But genes aren't fate, Ferrucci says: "There's some destiny; we are children of our genome and what we inherit from our parents. But we can do a lot to avoid the destiny that was predisposed to us."

Studies have found that genes are a factor in extreme longevity just about 20 percent of the time, but being physically healthy while very old is much more likely to run in families. Clearly those families must be doing something right.

To find out, in 2009 the NIH launched the IDEAL study, which focuses on the families of people who were able to delay or evade ill health in their 80s and beyond.

They've already gotten some physiological clues. Healthy old people are much more likely to have a lower resting metabolic rate, Ferrucci says, which means that their bodies are still working efficiently. "They have energy left for other activities," he says. "It allows them to do many, many things during daily life."

The lucky ones also tend to have fasting glucose numbers more typical of people in their 20s. Obesity and lack of exercise increase the risk of insulin resistance, so keeping weight under control and staying active from early adulthood can help there, Ferrucci says. Medications like metformin for people with insulin resistance help, too. "There's a lot you can do to manage your insulin resistance as soon as you realize it's there."

Other studies, including the landmark Baltimore Longitudinal Study on Aging, have found that participants' attitude about the inevitable losses of aging matters, too.

"Some of them thought that aging sucks — your friends die, you get disease, you can't do whatever you want, you can't eat and drink what you like," Ferrucci says. "But others thought aging was not so bad." And people who had a positive view of aging at age 40 had significantly less cardiovascular disease later on.

"How that works will require a lot more work from us," Ferrucci says. "But clearly these people have found ways of behaving and thinking and interacting with the environment and other people that works for them."

I have no idea what my dad's fasting glucose level is, but I've got to think that still doing his own yardwork and playing duplicate bridge has got to play a role in his good health. That and the fact that when I ask him how he's doing he says "fantastic," even when I know that's a stretch.

My chat with Ferrucci has made my realize that I shouldn't count on lucky genes to give me a free pass. He envisions a day when the science on aging will have become so good that young men and women would get individualized prescriptions on reducing risk. But for now, I think it's time for me to hit "publish" and go out for a walk. That would be fantastic.