Accessibility links
Electric Currents And An 'Emotional Awakening' For One Man With Autism : Shots - Health News Switched On author John Elder Robison says the emotional empathy he gained after receiving transcranial magnetic stimulation was intense. "It's like I lost a protective shield," he says. 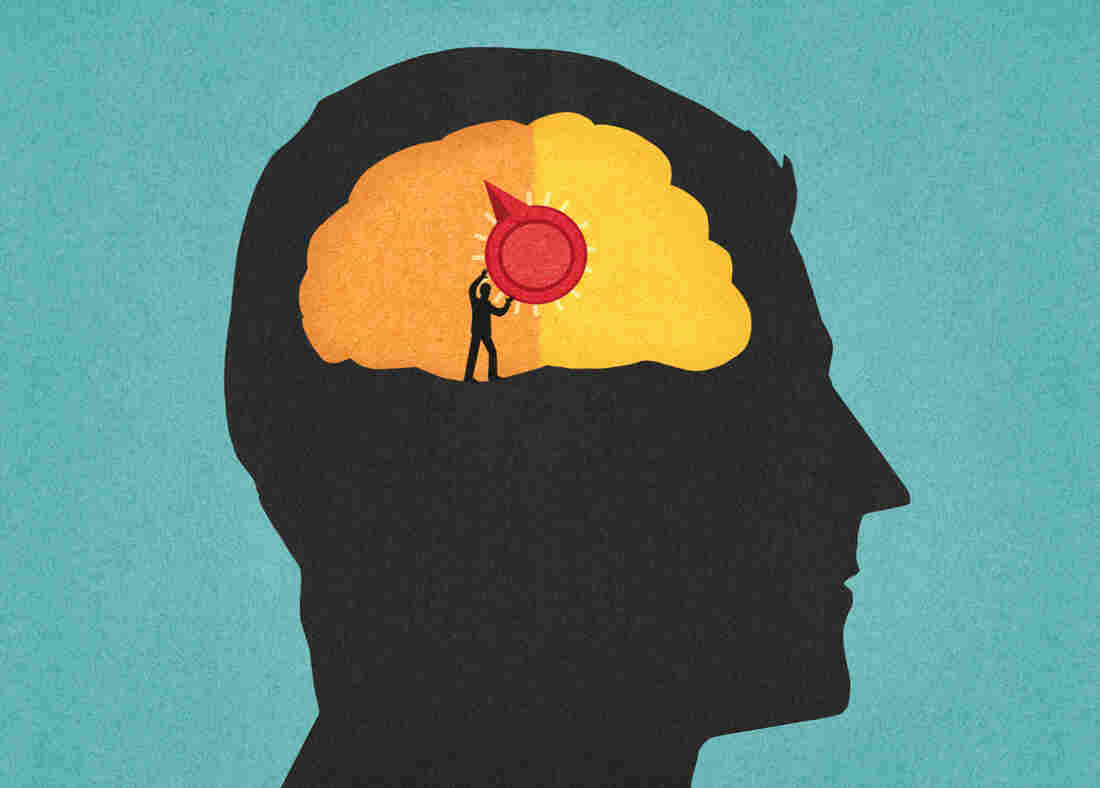 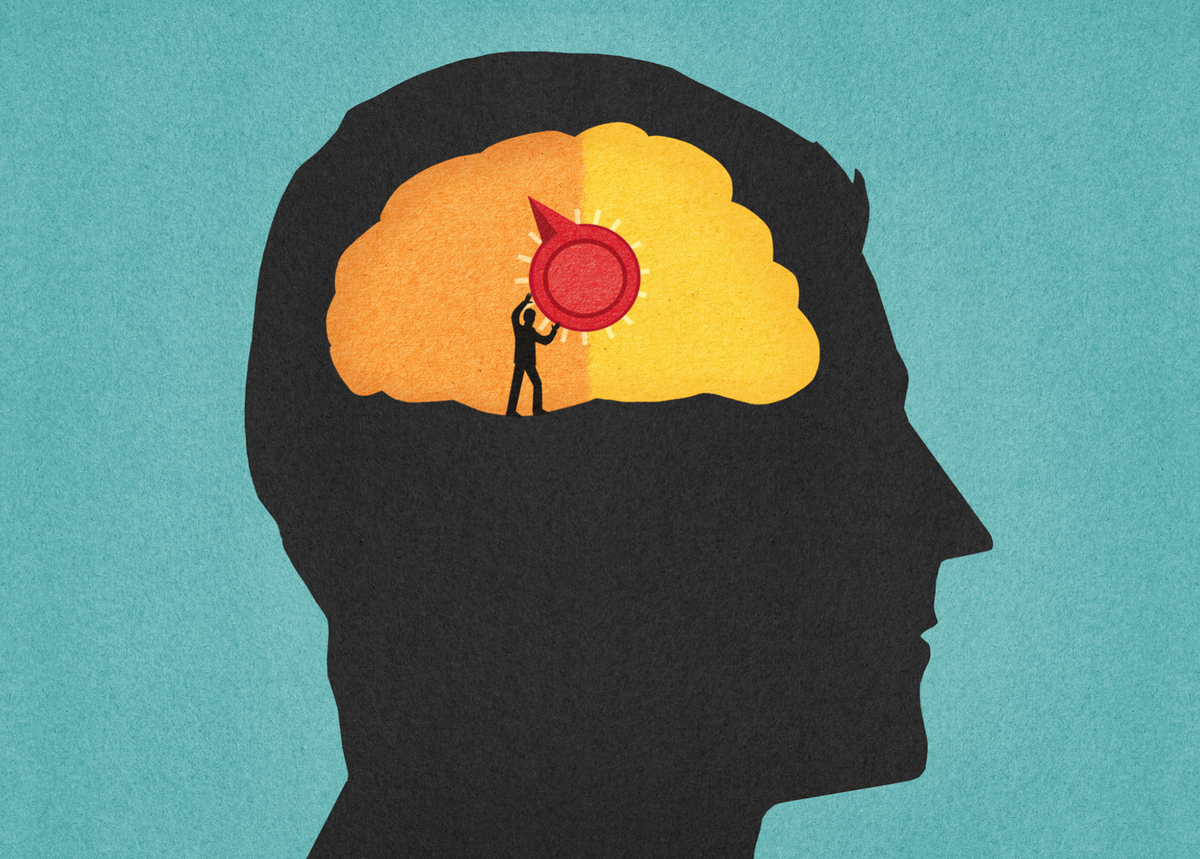 As someone with autism spectrum disorder, John Elder Robison knows what it's like to feel emotionally removed from situations. Robison tells Fresh Air's Terry Gross that throughout his life people have told him, "There's this emotional language you're missing. There are stories in people's eyes. There are messages."

Robison didn't fully understand what they meant until he received transcranial magnetic stimulation, a noninvasive procedure in which areas of the brain are stimulated with electromagnetic fields to alter its circuitry.

Though TMS is already being used to treat certain conditions, including depression, it is still in the experimental stage for autism. Robison participated in a six-month-long study, in which he received weekly TMS treatments. He details the treatments — and the emotional awakening that resulted — in a new memoir, Switched On.

Robison says that the treatments left him with a sense of empathy that he'd never experienced before. But, he adds, not all of the changes caused by TMS were welcome. Ordinary conversations would leave him feeling emotionally overwhelmed, and, in some cases, his memories of past events were tainted.

"It's like I lost a protective shield," he says. "All these memories that hurt me because I was like the butt of a joke or something, I now realize that I just kind of went through life and people maybe said mean things about me but I never knew, so it didn't hurt. Now, stuff like that, it really hurts a lot."

On how TMS is used for autism, stroke, depression, epilepsy, Parkinson's 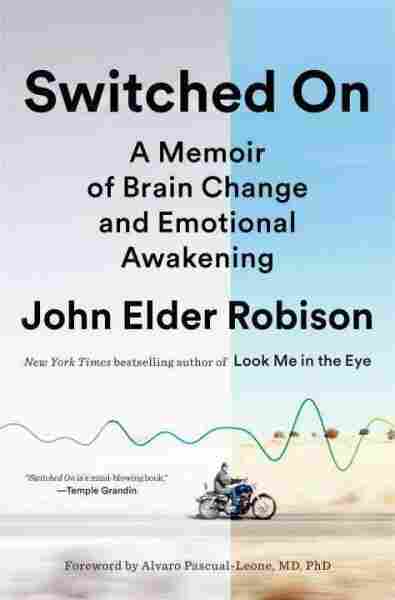 A Memoir of Brain Change and Emotional Awakening

Pascual-Leone: There are two very different goals in those applications. The first set of goals is to understand better how the brain works in those conditions, in patients that have those diseases. Part of the reason [we want] to understand it better is [so we can] develop new ways to diagnose the conditions earlier ... [and] to be able to develop new treatments.

In addition to those diagnostic applications, there are also therapeutic applications. It turns out that by applying transcranial magnetic stimulation to different parts of the brain repeatedly, day after day after day, we can modify the brain activity in those areas, and that can translate into a benefit for patients with different disorders.

Those type of therapeutic applications are now, for example, approved for treatment of patients with medication-refractory depression, the form of depression that [doesn't] respond to treatment. In the case of autism, we are earlier in those applications and it is premature to use TMS for therapy, but it's a very powerful tool to try to understand better how the brain of people with autism is different from the brain of people that don't have autism.

Pascual-Leone: One can think of any one disorder — depression or autism or Parkinson's — as a label that is applied to people that have certain symptoms. Take, for example, Parkinson's: It's hard to get going, it's hard to move fast enough; it's hard to think thoughts. There is tremor and involuntary movements, each one of those symptoms maps onto a given circuit of the brain. The reason why that circuit of the brain is not functioning properly, in the case of Parkinson's, has to do with a deficit of a certain chemical in the brain. But the point is, that if we can identify the circuit that causes the symptoms, we can target that circuit and make it function better with brain stimulation. So, in a sense, it's not a treatment for the disorder, for the ultimate cause of the disorder, but it's an intervention that improves how the person — the patient — is able to function.

Pascual-Leone: Even a short-term intervention where we learned something about the functioning of the brain can have a profound and lasting impact on the way people live.

We targeted different areas in the frontal part of the brain, the frontal lobe that is right under the forehead, both on the left and the right side. We targeted those areas because we wanted to understand the role in relationship to empathy, to be able to read emotions in people's eyes. In a second series of studies we targeted the motor areas to try to understand how long the effects last, how efficient the brain is in terms of its ... capacity to change.

On why he was willing to try TMS treatment 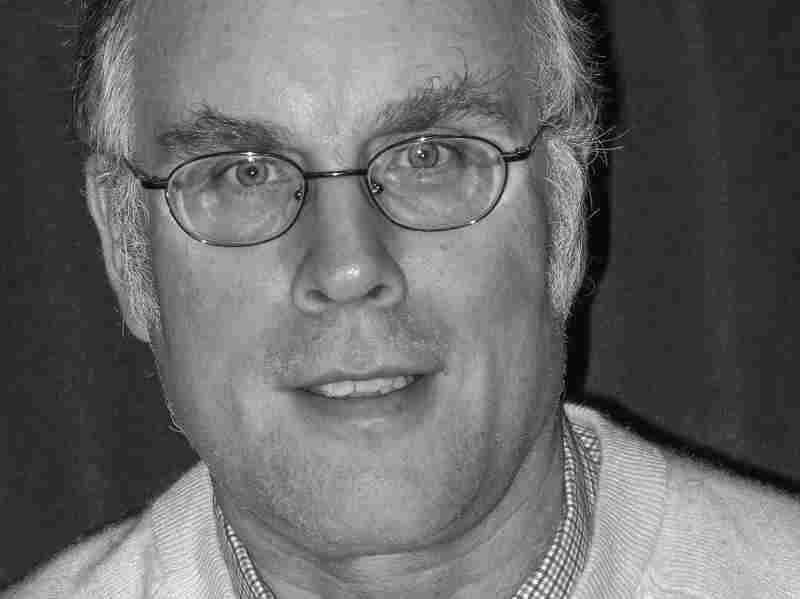 John Robison is neurodiversity scholar in residence at the College of William and Mary and serves on the federal government's Interagency Autism Coordinating Committee. Courtesy John Robison hide caption 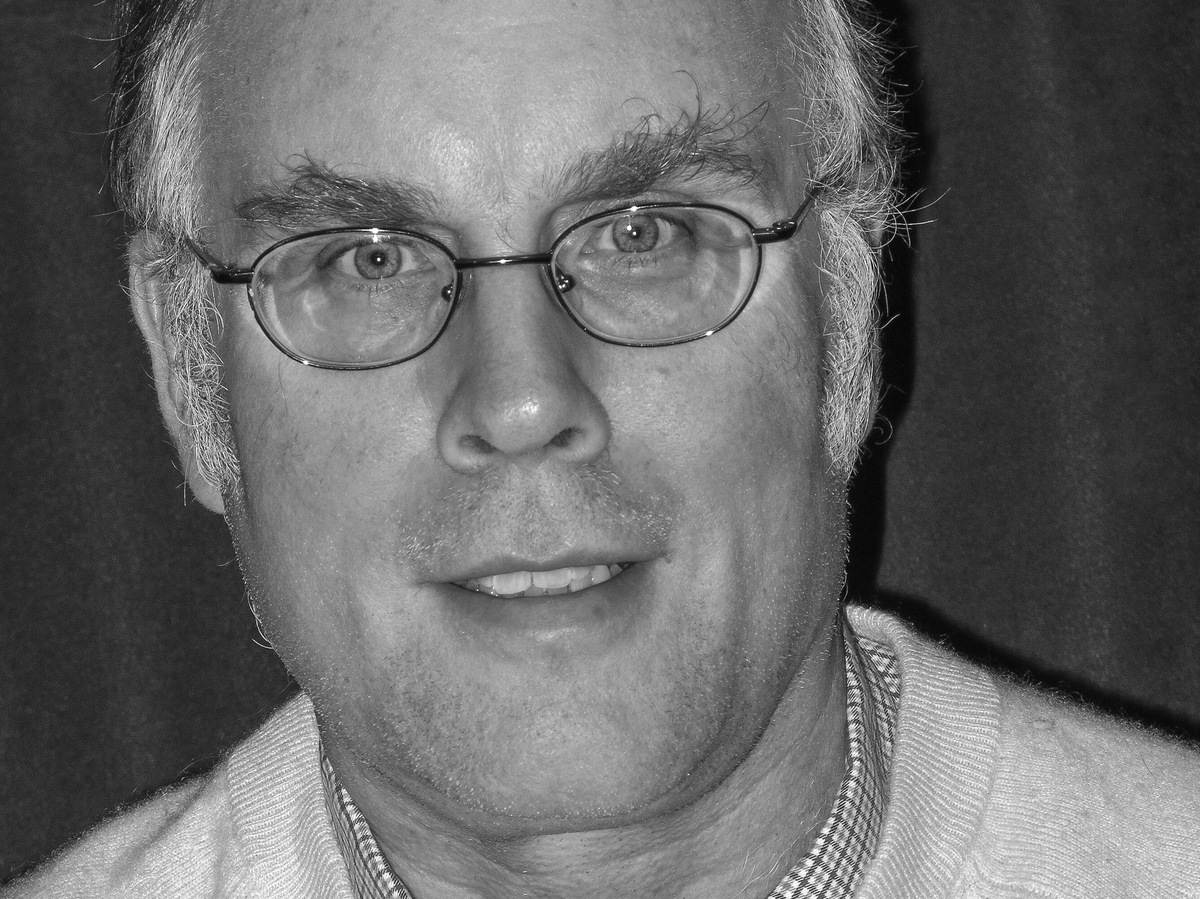 John Robison is neurodiversity scholar in residence at the College of William and Mary and serves on the federal government's Interagency Autism Coordinating Committee.

Robison: When I learned about this study from one of Alvaro's researchers, I was just immediately captivated by the idea of TMS. I had never heard of TMS before, but I had worked with the underlying electronic technology in my career as an engineer, and I just thought, "How cool is that? To apply the technologies I used in rock 'n roll sound systems to change the brain," and at the same time, the goal of the study to maybe improve emotional insight as Alvaro said, that spoke to the heart of something that I felt had disabled me all my life. So I was fascinated and captivated by it.

On his experience hearing music before and after the TMS treatment

Robison: There were two things that were really profound for me. First, when I worked as an engineer in music I used to hear every little detail of the performance. The guy would hit a note on the bass guitar and I would hear the buzzing of the snares on the bottom of the drum, or the singer would walk across the stage and I would hear the swishing as he dragged the cable behind him. To me, those were all clues that things were working or not working.

After I stopped working in music that kind of rich detail faded away and I sort of went from hearing music through a wonderful sound system to hearing it like through a cheap transistor radio. It was a gradual thing over 30 years.

When I came out of the lab, after one stimulation and I turned on the stereo in my car, just the majesty of it and the brilliance and clarity, it was so real and so alive. It made me cry all the way home. I wrote Alvaro and I told him that when I got home, and the thing is, it wasn't that they created something new, it reactivated something that was so central to my life and it had faded away. It was like magic.

On being able to read emotions after a targeted TMS session

Robison: I was always possessed of strong emotions, what I wasn't possessed of was reaction to situations with other people, and indeed after another stimulation, when I could look in your eyes and feel like I was just reading your thoughts, which was really weird and powerful for me, because that had never ever happened in my life. ...

Just looking at somebody and having her tell me about putting a water pump on her car, but I would look at her and I would see that she was worried and frightened and anxious and I thought, "Excuse me, I have to go outside and gather myself for a second," because I was almost reduced to tears by an ordinary conversation of commerce and I think that looking back on that time I now see that having this unregulated ability to read emotion was actually, for me, perhaps more disabling than being oblivious to the emotion, because when I was oblivious I could just listen to her tell me about the water pump leak, and I didn't even notice if she was scared or anxious.

On how experiencing the ability to read emotions changed him

Robison: When I volunteered for this study I had, I guess, this fantasy in my mind. I thought, "Well, people could say bad things about me, and I've gotten that all my life," and I thought, because I was oblivious to these emotional signals that there must be all these messages of beauty and sweetness and light that I was missing, and if only I could get them things would be wonderful for me.

When I was able to see emotion it wasn't just in my marriage, it was in the people all around me, and I saw that the world was filled with angst and fear and worry. But you know the really hardest thing was seeing people that I had thought had been my friends and realizing that they were laughing at me and I thought we were all laughing together at jokes, and I was the joke.

On the long-term effects of having his emotions "switched on"

Robison: I can't go to movies anymore. I can't watch TV. Ten years ago I could've sat through the Texas Chainsaw Massacre eating popcorn and stuff and wouldn't have cared. Now it's really upsetting and really stressful to me just to watch the evening news. I can't do it. ...

But at the same time, I know that my ability to serve on these autism committees, I think that's the greatest thing I've ever done in my life, and I'm really proud [that] I can do that, and I think this made it possible. So there's pain that I felt from having these emotions come on, but I'm just so proud that I can do this thing that's important to young people and other people with autism and differences. ...

After all this seeing of emotion, though, one thing that I've come away with is the knowledge that I wanted all my life to be able to read these emotions, but of course reading emotions just makes me like everyone else. I think a debt that I could never repay Alvaro and those scientists is that they showed me that my geeky ability to see into machines and see into things, that's my true gift in life too, that nobody else can do that.