Accessibility links
Florida Keys Weigh Options For Battling Mosquitoes And Zika : Shots - Health News Residents of these islands have waged many campaigns against disease-carrying mosquitoes. But there's still not much agreement at public meetings about how the mosquitoes should be controlled. 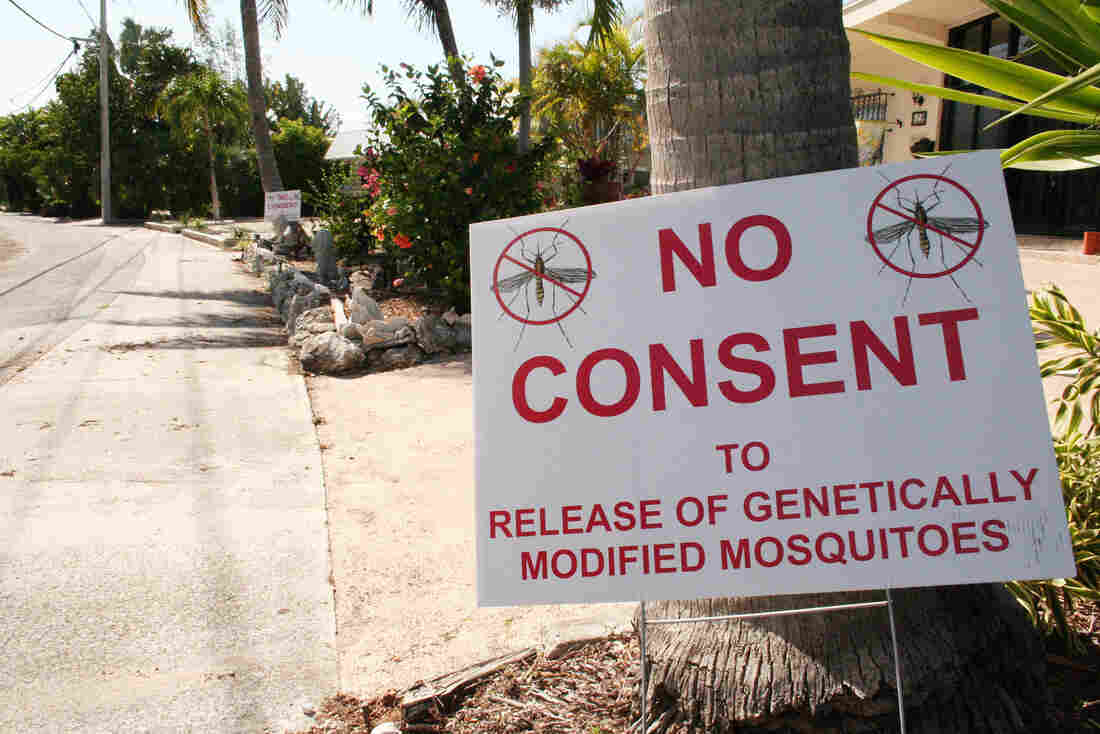 Key Haven, a Florida neighborhood about a mile east of Key West, is where a test of Oxitec's genetically engineered mosquitoes might take place later this year. Some neighbors have strongly dissented — at public meetings and via yard signs. Nancy Klingener/WLRN hide caption 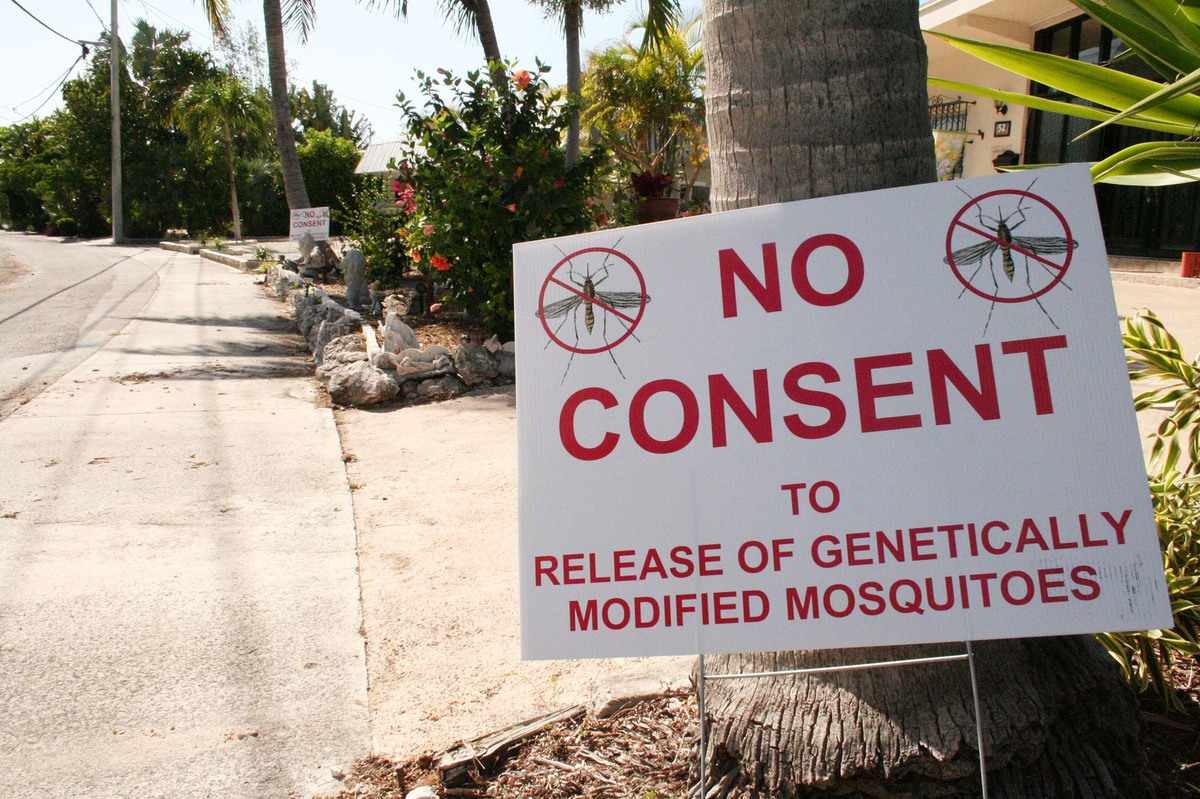 Key Haven, a Florida neighborhood about a mile east of Key West, is where a test of Oxitec's genetically engineered mosquitoes might take place later this year. Some neighbors have strongly dissented — at public meetings and via yard signs.

Billy Ryan visits Roy's Trailer Park on Florida's Stock Island every two months. It's part of his regular rounds as an inspector for the Florida Keys Mosquito Control District.

"Hey, I'm just checking on the yards for the mosquito control," he tells one resident, Marie Baptiste, as he heads into her yard. "OK?" No problem, she tells him.

People who live in the Keys are used to seeing mosquito control inspectors. Since an outbreak of dengue fever in 2009, the inspectors have conducted routine house-to-house checks in areas where the Aedes aegypti mosquito breeds.

And their eradication campaign — part education, part enforcement — has been effective. The last reported case of mosquito-borne dengue fever in the area was six years ago.

That same species of mosquito can carry the Zika virus. And although there have been no locally transmitted cases of the virus reported in Florida yet, and no signs that it's in local mosquitoes, state and local officials are more determined than ever to do what they can to protect residents from disease-carrying insects.

Ryan's eradication tools are pretty simple. He's got a turkey baster, a dipper — which is a stick with a cup at the end — and a plastic jar to collect samples. He also has pellets of larvicide to treat areas where mosquitoes breed.

In the narrow side yard next to Baptiste's trailer, Ryan finds a plastic barrel with a couple of inches of water at the bottom, and he spots some mosquito larvae bouncing around. Bingo. A. aegypti's favorite breeding ground. 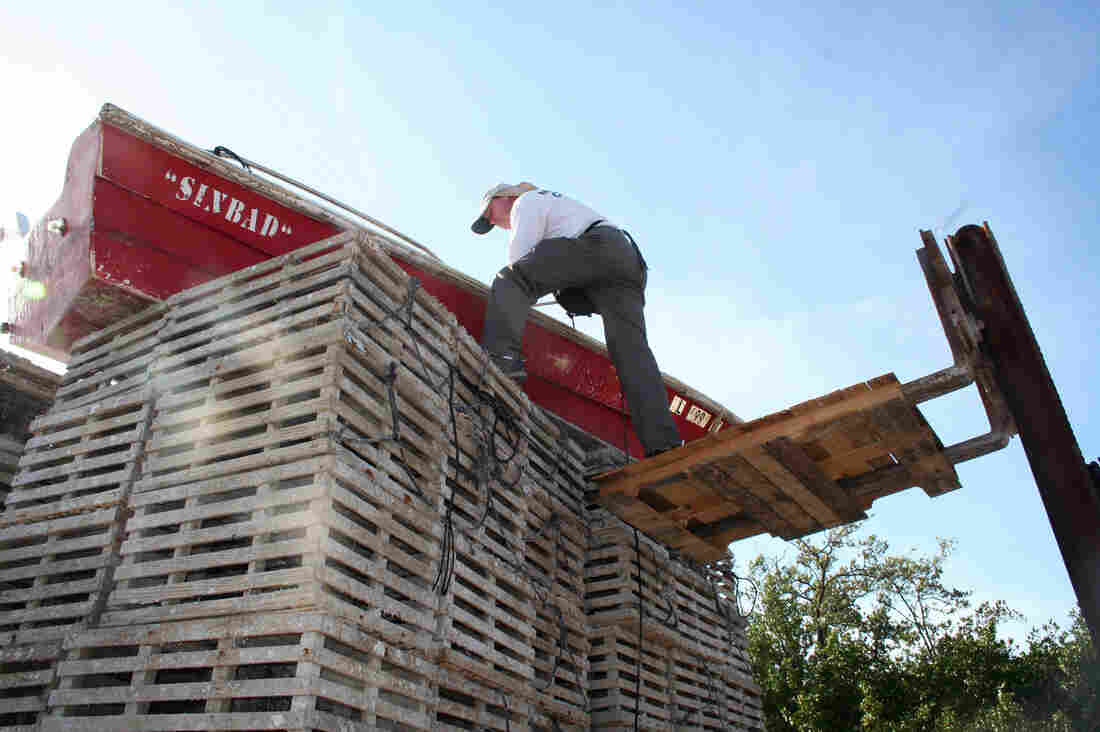 Mosquito control inspector Billy Ryan climbs atop a stack of lobster traps on Stock Island, near Key West, to check a boat for water — and for mosquito larvae. Nancy Klingener/WLRN hide caption 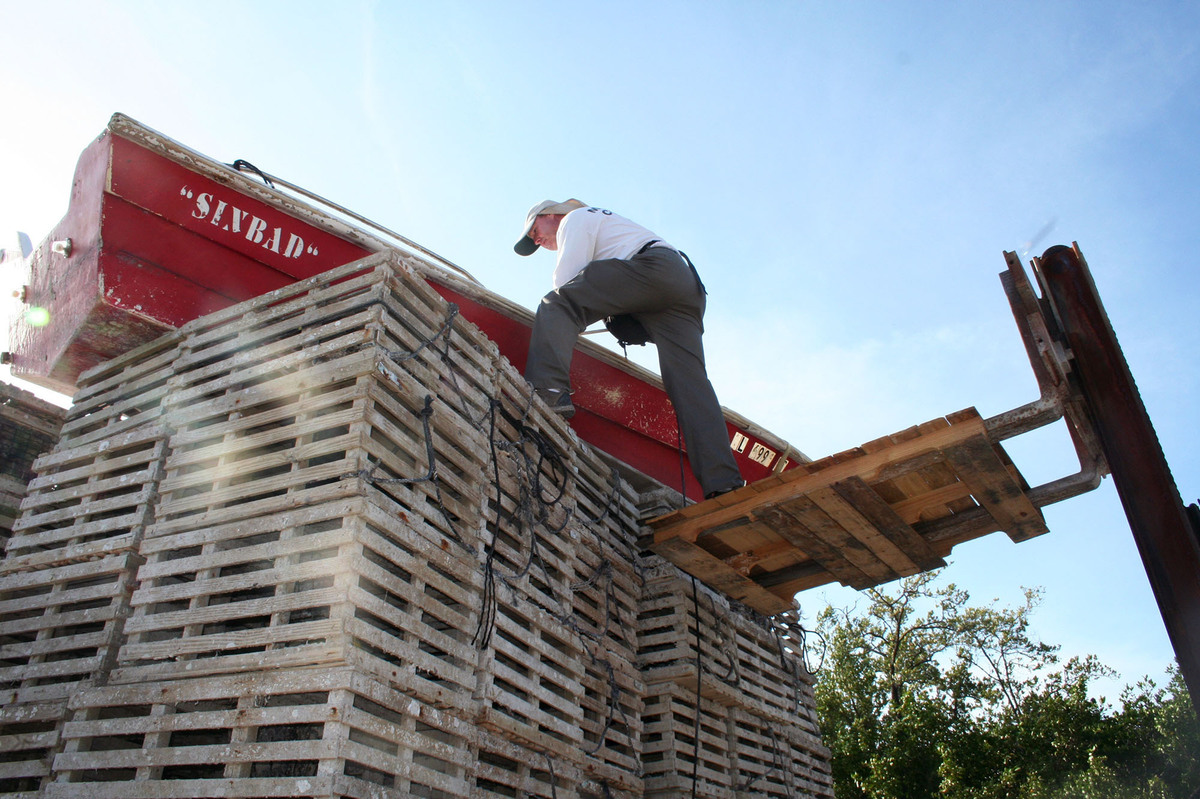 Mosquito control inspector Billy Ryan climbs atop a stack of lobster traps on Stock Island, near Key West, to check a boat for water — and for mosquito larvae.

Ryan takes a sample and shows the larvae to Baptiste, as he tips over the bucket.

"I'm going to just flip this over, OK?" he says. "If you ever see anything holding water — or any little buckets or anything — please turn them over, because we don't want to get Zika, or chikungunya or dengue fever. OK?" Baptiste agrees.

This level of attention has been effective in the Keys, thanks largely to cooperation from residents. But another approach that local and state officials are considering to get rid of mosquitoes hasn't been as popular.

The British company Oxitec wants to hold its first U.S. trial of genetically modified mosquitoes in Key Haven, not far from the trailer park.

The plan is to release about 3 million male mosquitoes that have been engineered to produce offspring that die young and can't reproduce. According to Oxitec, experiments with this approach in other countries have reduced the population of A. aegypti mosquitoes in the test areas by as much as 80 or 90 percent.

The U.S. Food and Drug Administration's center for veterinary medicine issued a preliminary assessment in March that called the likelihood of any harm to humans, animals or the environment of the proposed Oxitec experiment in Florida negligible or low. (Members of the public have until May 13 to file formal comments on the FDA's preliminary finding.)

"We looked at the females and we found there was no difference between being bitten by one of our females to being bitten by a normal female," Nimmo says. "Those female [mosquitoes] are still sterile, so their offspring inherit the gene and they will not survive."

Nonetheless, at a public meeting of the mosquito control board this week, residents of the Keys had lots of questions and concerns. Assurances from Oxitec were not enough to persuade resident Michael Kane, for example, that the test is safe.

"Nature always adapts," Kane says. "No matter how much you think you tweaked it, something else is going to happen. There's going to be unintended consequences."

After all the questions and comments, the board decided to allow residents of Key Haven to weigh in further, via a vote in August on whether to go forward with the Oxitec field test. Though the vote will be nonbinding, three of five board members have said they will abide by the results — at least in regards to Key Haven.