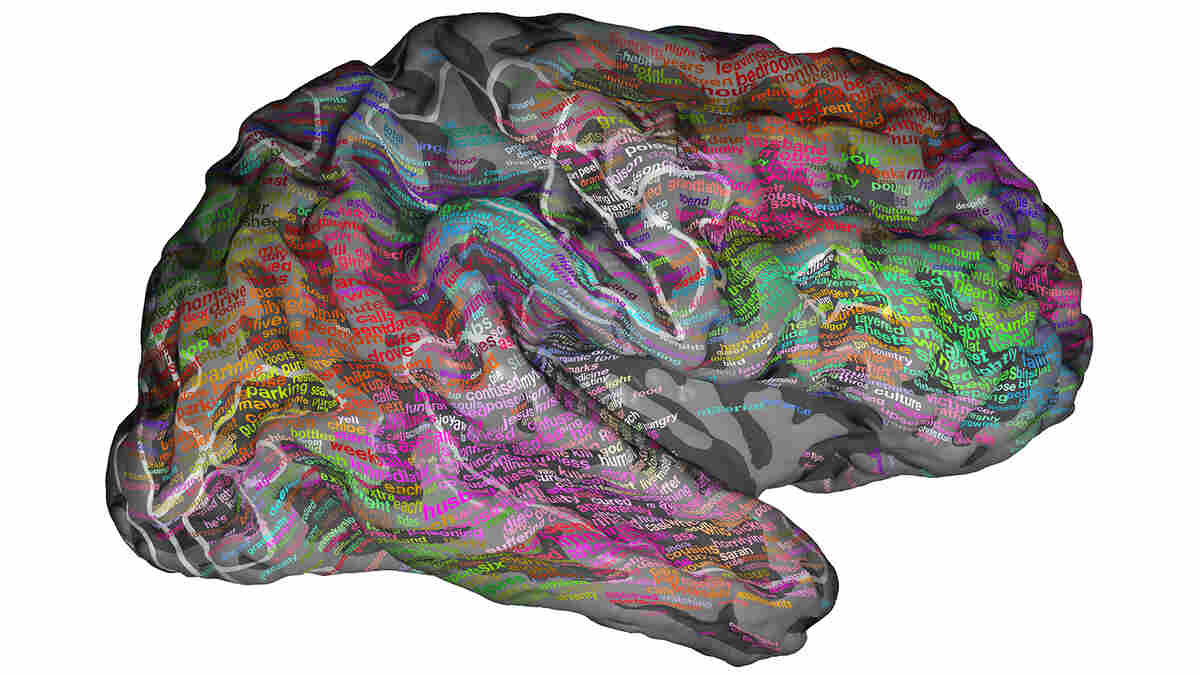 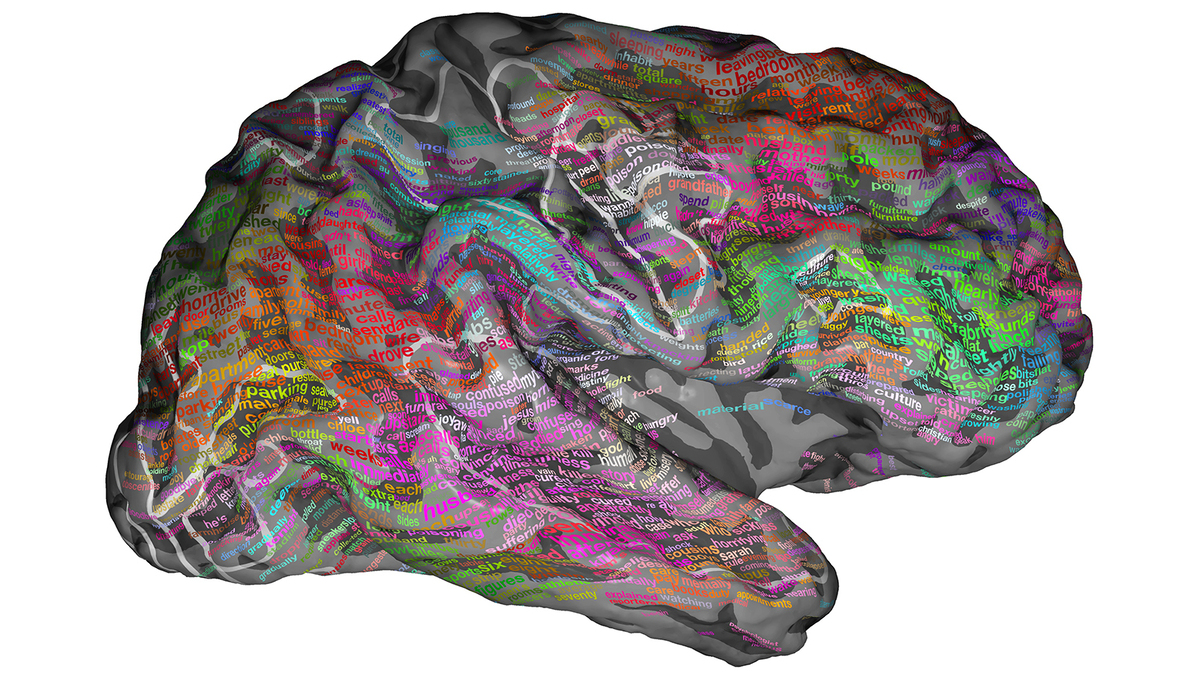 MRI scans suggests words stimulate different regions of the brain depending on their meaning.

Scientists say they have made an atlas of where words' meanings are located in the brain. The map shows that words are represented in different regions throughout the brain's outer layer.

Moreover, the brains of different people map language in the same way. "These maps are remarkably consistent from person to person," says Jack Gallant, a neuroscientist at the University of California, Berkeley who led the study. The work appears in the journal Nature.

To make the language maps, Gallant's team placed seven people in functional MRI scanners. They then played the research subjects two hours of stories from The Moth Radio Hour. Researchers looked at many pea-size areas of the brain to gauge how each responded to words. They found that words with related meanings lit up similar parts of the brain. One area responded to words related to people. Another responded to numbers.

Words' meanings could pop up in different places simultaneously. Hearing the word "top" caused regions associated with clothing and appearances to light up. But "top" could also stimulate a region associated with words related to numbers and measurements.

Although the study size was small, the researchers saw consistent patterns.

Gallant says the findings contradict two beliefs nonscientists commonly have about the brain. First, that only the left hemisphere handles language. Second, that the brain has localized regions that handle specific tasks.

Contrary to those ideas, he says, language and meaning are distributed. "It's not that there's one brain area and one function," he says.

But for Gallant, the real surprise is that the meanings of words triggered the same brain regions across multiple people in his study. "It's even hard to define what meaning means," he says. "It's kind of remarkable to me that it maps so systematically and so similarly across the brains of all these individual people."