Accessibility links
California Raises Age Of Tobacco Purchase To 21 And Tightens Vaping Rules : Shots - Health News A package of tobacco bills signed into state law this week aims to cut the use of tobacco and e-cigarettes by adolescents and young adults, proponents say. Military personnel can still buy at age 18. 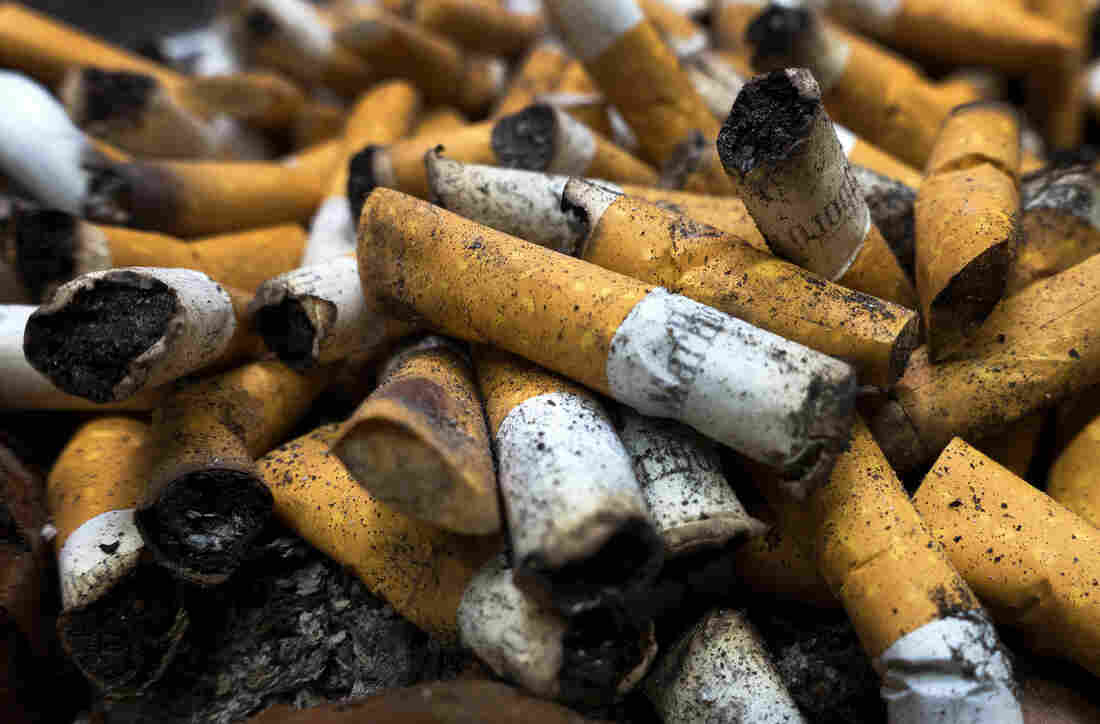 California is the second state to raise the legal age for purchasing tobacco products from 18 to 21. A similar law went into effect in Hawaii on Jan. 1. Paul J. Richards/AFP/Getty Images hide caption 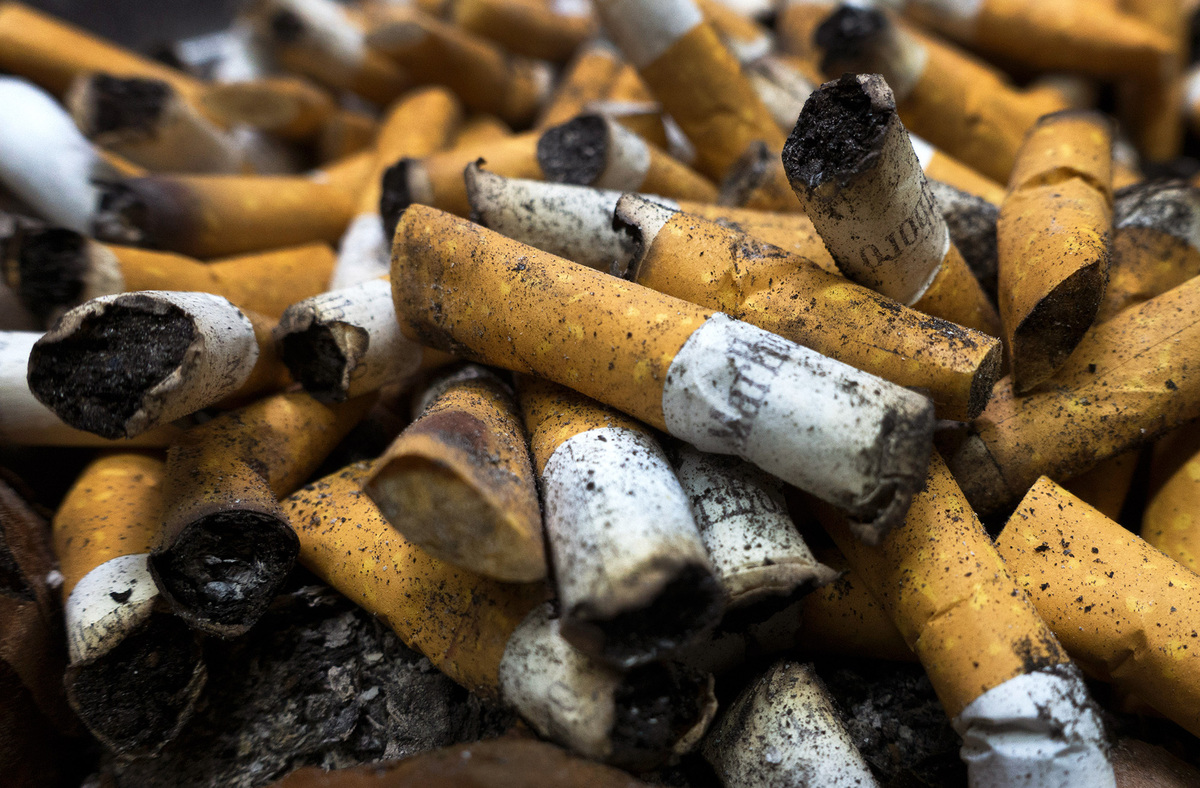 California is the second state to raise the legal age for purchasing tobacco products from 18 to 21. A similar law went into effect in Hawaii on Jan. 1.

Gov. Jerry Brown signed a sweeping package of tobacco bills into California law on Wednesday, including one that will raise the legal age to buy products from 18 to 21 and another that dramatically tightens restrictions on e-cigarettes.

But the governor vetoed a bill that would have permitted cities and counties to establish their own tobacco taxes.

"Although California has one of the lowest cigarette taxes in the nation," the governor said in a veto message, "I am reluctant to approve this measure in view of all the taxes being proposed for the 2016 ballot."

California becomes just the second state after Hawaii to raise the lawful age to buy tobacco products, a move that backers applaud as a certain way to curtail harm to adolescents, and reduce the number of adult smokers.

State Sen. Ed Hernandez, a Democrat from West Covina, was the lead author of the bill to raise the tobacco age, and says he's "ecstatic."

"What this means for California is now we can know that our youth are less likely to be addicted to this horrible drug of tobacco," he says. "There's going to be less addiction to tobacco, [and] we're going to reduce health care costs and save lives."

The law, which will take effect June 9, applies to all 18 to 20-year-olds, except military personnel. The bill had stalled for months until a compromise was reached to permit service members under 21 to continue purchasing tobacco.

A major Institute of Medicine report last year concluded that if all states raised the tobacco age to 21, there would be a 12 percent drop in the number of teen and young adult smokers.

"The biggest drops in tobacco use (will) likely occur among teens ages 15 to 17 — kids who can't legally buy tobacco products in California now but who run in the same social circles as 18-year-olds who may illegally purchase tobacco products for younger friends," said Larry Cohen, executive director of the Prevention Institute, in Oakland, Calif., and a longtime advocate for tobacco control policies.

Adolescents are at particular risk for nicotine addiction because their brains are still developing, says longtime tobacco critic, Stanton Glantz, director of the Center for Tobacco Control Research and Education at the University of California, San Francisco.

"Exposing the developing brain to nicotine, which is in both e-cigarettes and conventional cigarettes, physically changes the brain," Glantz says. "That's why the younger someone starts to smoke, the more addicted they tend to get ... and the harder time they have stopping.

Vaping Banned In Many Public Places

Under the law, written by state Sen. Mark Leno, a Democrat from San Francisco, e-cigarettes will be banned in all the same places that traditional cigarettes are — workplaces, schools, restaurants, hospitals and more. And like other tobacco products, users will need to be 21 to buy e-cigarettes.

"The e-cigarette is nothing more than a new delivery system for toxic and addictive nicotine," Leno said in a written statement. "Ensuring that e-cigarettes fall under California's comprehensive smoke-free laws is critical to protecting public health, especially given the alarming rate at which young people are picking up these devices."

A study last year from the Centers for Disease Control and Prevention found that e-cigarette use among middle and high school students tripled from 2013 to 2014.

Anti-tobacco groups are now focusing their efforts on an effort to gather signatures for a November ballot initiative that would raise cigarette taxes from the current $0.87 per pack to $2.

While California is seen as tough on tobacco, it ranks 36th in the country on per-pack taxes. A 2012 ballot initiative to raise taxes by $1 per pack failed by less than half a percentage point after the tobacco industry spent $47 million to defeat it.

This story was produced by KQED's State of Health blog.