With the weather warming, it's the season for spring cleaning. But before you reach for the broom and mop, consider who else is sharing your home. The variety of uninvited guests in your dustpan may surprise you.

A recent study published in the journal PeerJ took up the challenge of cataloging the large numbers of tiny animals — arthropods — that live in modern human dwellings. In 50 houses in and around Raleigh, N. C., the research team found about a hundred different species of arthropods in each home. The tally included familiar types — like flies, spiders and ants — but also some species that are less well known, such as gall wasps and book lice. 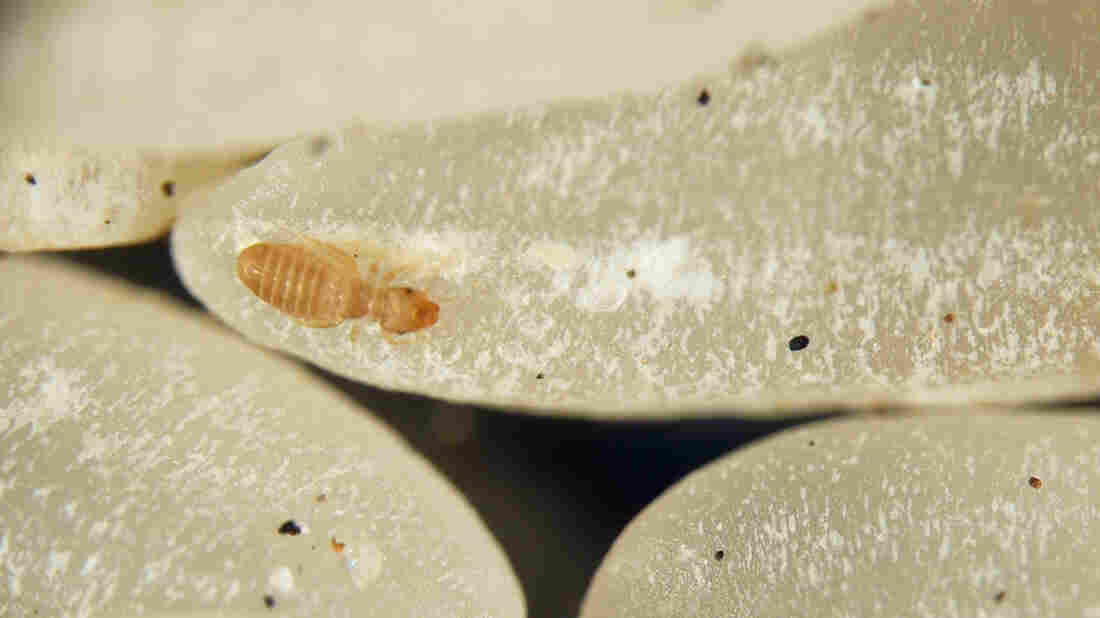 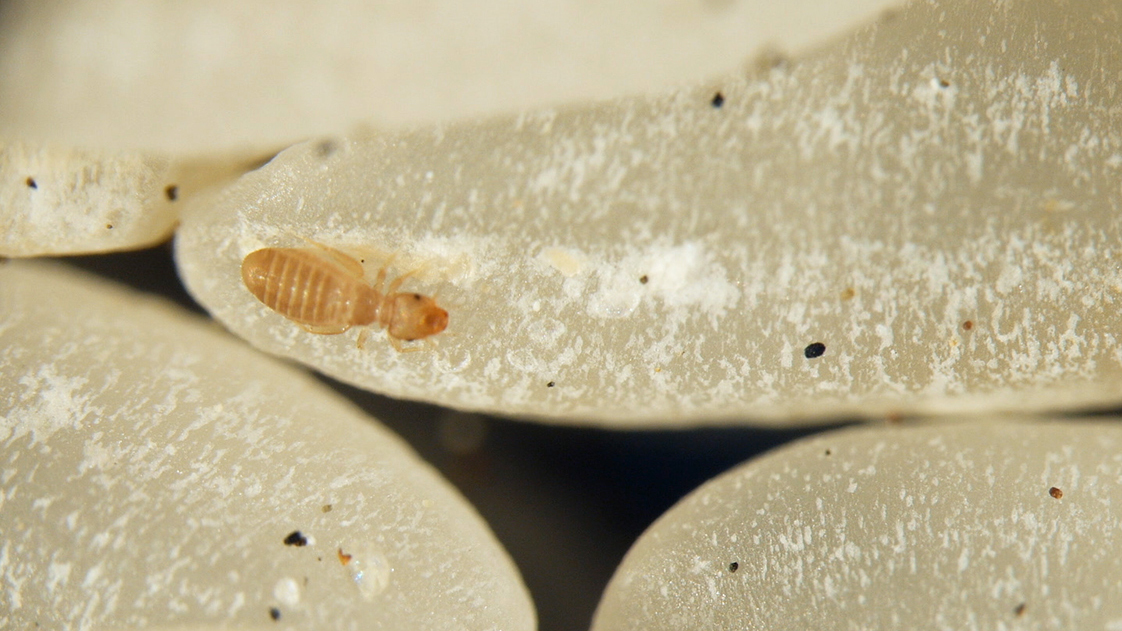 Grains of uncooked rice dwarf this book louse. Though book lice thrive in most human homes, they largely go unnoticed.

"Even as entomologists we were really surprised," says Michelle Trautwein, now assistant curator of entomology at the California Academy of Sciences in San Francisco. She led the research team, which was based at North Carolina State University in Raleigh.

"We live in our houses all the time," Trautwein says, "so we thought we'd be more familiar with the kind of things we'd come across."

It didn't seem to matter how much the human residents cleaned, she says. "There was a surprising level of biodiversity."

The scientists donned headlamps and knee pads in their hunt for arthropods — creatures that have exoskeletons, multiple appendages and segmented bodies. They collected flies from windowsills, spiders from under sinks and took samples of dust from corners, carpets and rugs — combing through it to find speck-sized creatures. 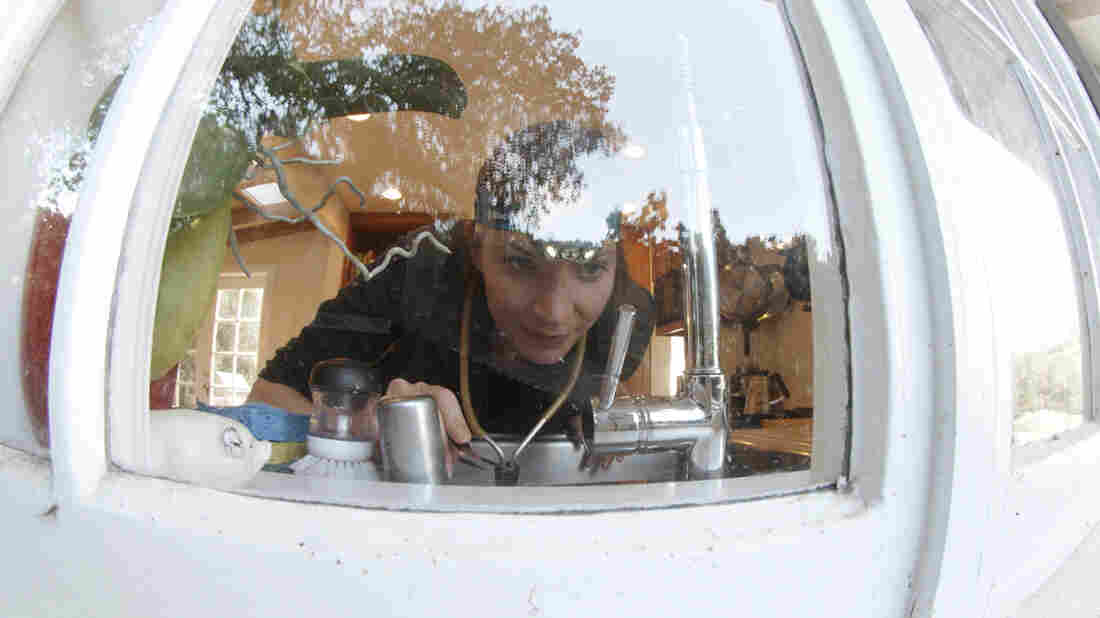 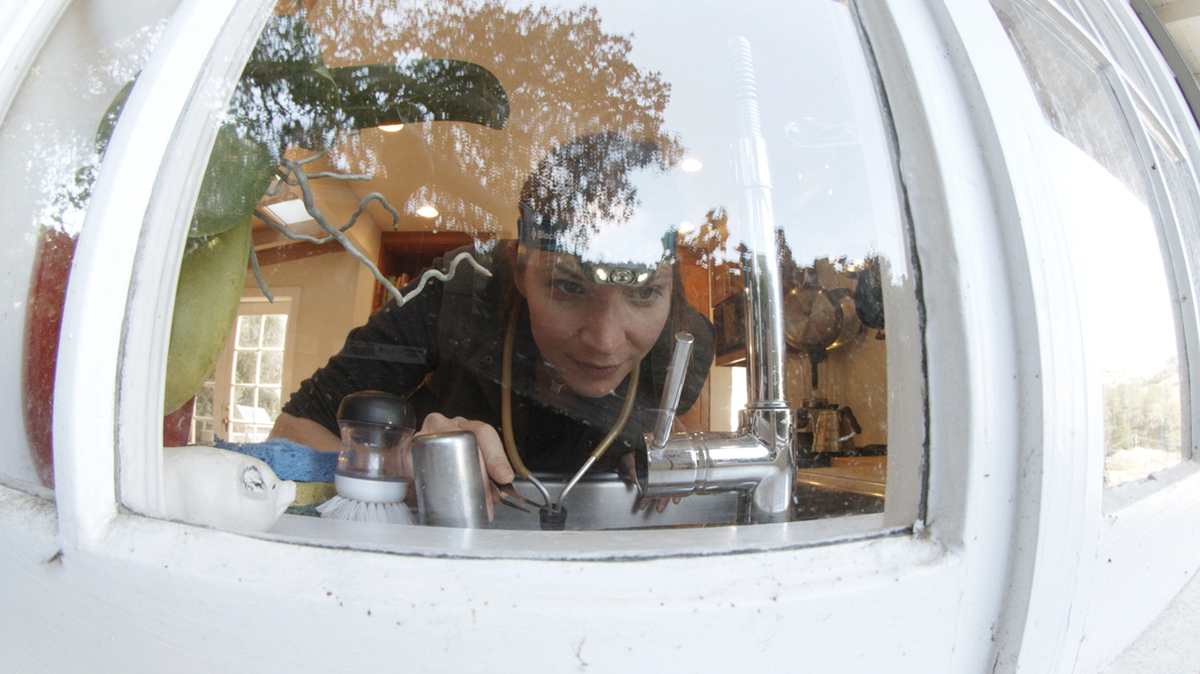 Entomologist Michelle Trautwein searches a kitchen windowsill, a common place to find arthropods that wandered in from the surrounding environment.

Any arthropod they turned up was examined by a team of entomologists, using both genetic analysis and traditional visual identification under a microscope.

Among their findings: Homes with kids and pets tended to have the largest variety of these diminutive lodgers. And there were more different species of arthropod on lower floors of a building than higher floors. Common rooms, carpeted rooms and rooms with more windows and doors to the outside seemed to have a greater diversity of micro-guests.

Most of the different types of arthropods they turned up were essentially harmless, and just wandered in from outside.

"The vast majority of things we found don't bite or sting or feed on our food," Trautwein says. "Most of them have no effect on our daily lives."

And many of them live in house dust — a collection of dirt, lint, pollen, hair, pet fur, and flakes of skin shed by humans and pets. Turns out that constant rain of skin is a great source of food for one particular roommate — the house dust mite.

Dust mites are arachnids — small relatives of spiders. Lined up end to end, five dust mites would fit between two millimeter marks on a ruler. Barely visible to the naked eye, dust mites under the microscope look like translucent jellybeans with legs. They don't hunt; they just munch on the steady supply of skin flakes we all slough every day.

Dead skin is mainly composed of keratin, a tough structural protein that also gives shape to nails and hair. It's not a particularly nutritious food, but it is abundant. Dust mites use powerful enzymes to break down the keratin and digest it. After that the mites produce waste pellets at a prodigious rate. Along with the exoskeletons the mites shed as they grow, the poop becomes part of the dust in our homes.

Those mite leavings can affect human health; the droppings contain enzymes that can provoke an allergic reaction in the lungs of some people who inhale the dust. Research suggests allergies to dust mites may be a major contributor to childhood asthma.

Dust mites didn't start out in human homes. A few years ago, scientists at the University of Michigan found genetic evidence that one type of common dust mite had a parasitic ancestor that clung to birds. It may have gone on to colonize warm, humid nests, too, feeding on sloughed skin and feathers — and some descendant ultimately wandered into the dusty, human nests we call home today.

If the idea of mites in your house give you the creeps, you can somewhat reduce their numbers Trautwein says, by vacuuming and mopping often, ditching the wall-to-wall carpets, and avoiding humid climes — dust mites are rare in the desert. The American College of Allergy, Asthma and Immunology advises regular use of a vacuum with a HEPA filter, among other measures, if somebody in your home suffers from dust allergies.

Or, you don't have these allergies, you might just relax — and realize you can't rid your home of all arthropod visitors. 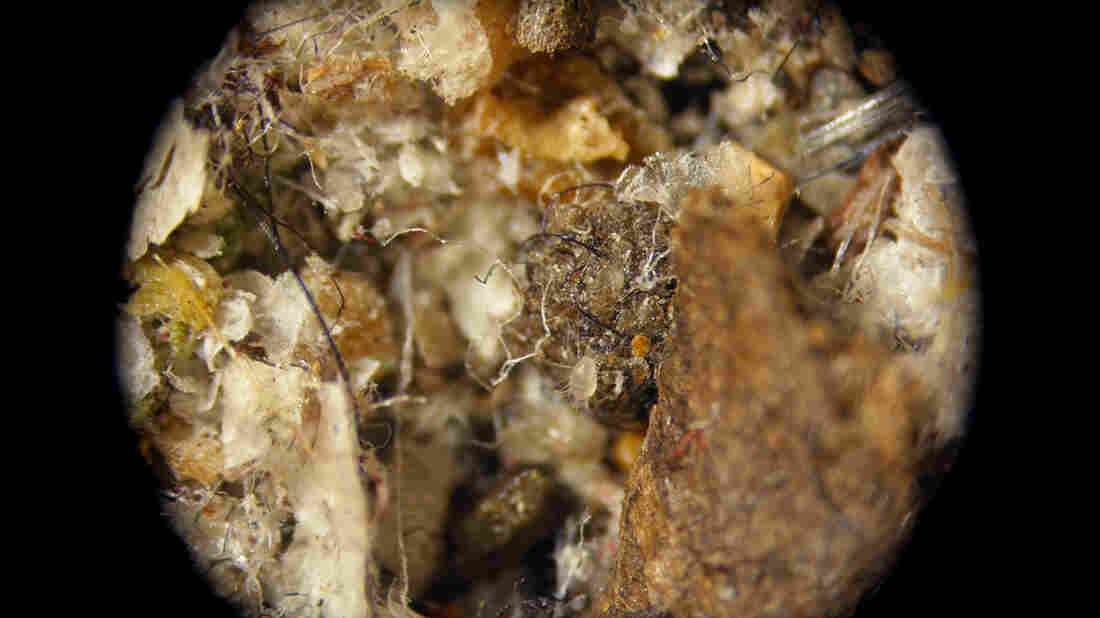 This Storage Mite is smaller than a grain of sand. Josh Cassidy/KQED hide caption 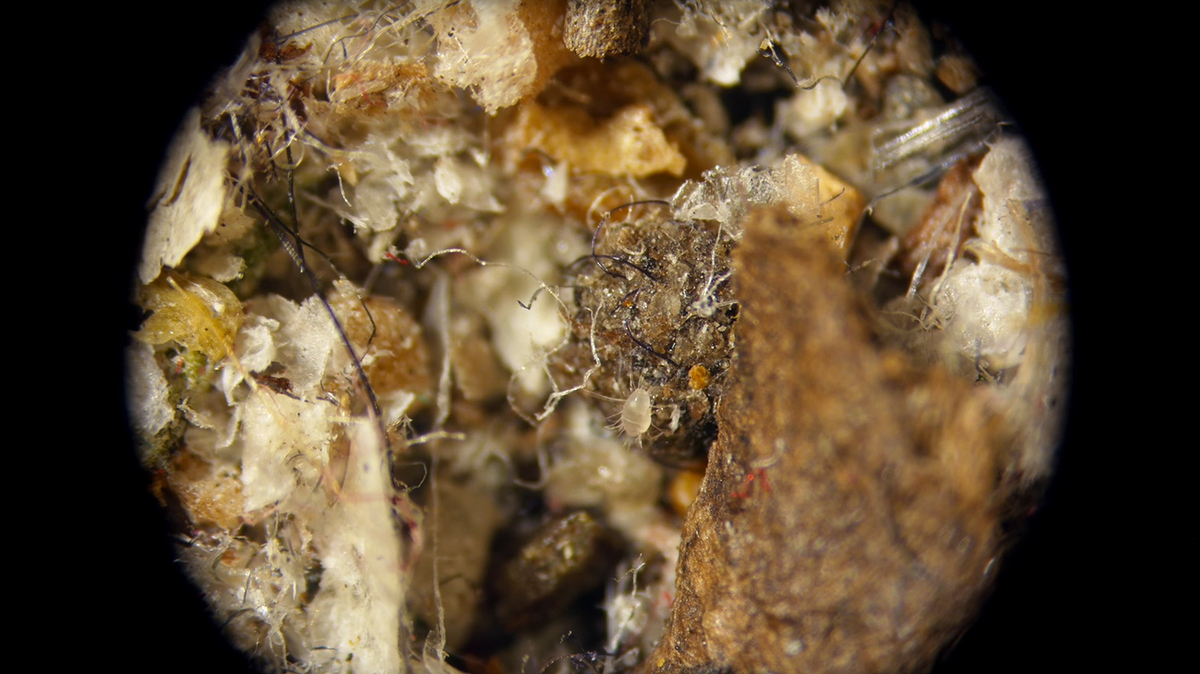 This Storage Mite is smaller than a grain of sand.

"We are very much a part of the natural world and even our homes that may seem more sterile are not exempt from that," Trautwein says. She sees that as part of life's adventure.

"When we think about wild areas," she says, "it's exciting to think that even our homes are still these unexplored areas waiting for more discoveries to be made."

This post was produced by our friends at Deep Look, a wildlife video series from KQED and PBS Digital Studios that explores weekly "the unseen at the very edge of our visible world." Josh Cassidy is lead producer/cinematographer for the series.