Accessibility links
DIY Blood Tests? There's A Downside To Ordering Your Own : Shots - Health News It's legal to order diagnostic blood tests without consulting a doctor in many states. But critics say healthy patients can go down a rabbit hole of invasive assays and unnecessary treatments.

DIY Blood Tests? There's A Downside To Ordering Your Own

DIY Blood Tests? There's A Downside To Ordering Your Own 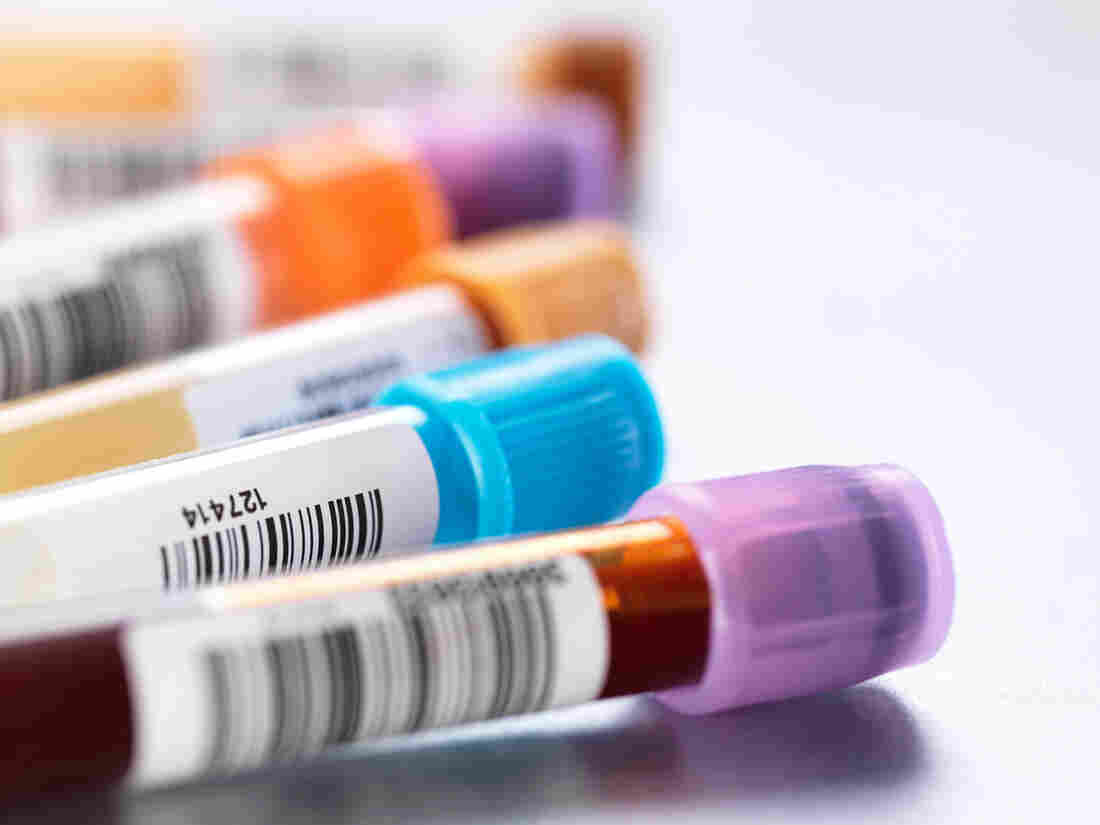 "I'm afraid there's a growing sense that the path to health is through testing," says Dr. H. Gilbert Welch, a Dartmouth Institute internist who has written books on the pitfalls of overdiagnosis. Encouraging the worried well to order their own blood tests feeds that mindset, he says. TEK Image/Science Photo Library/Getty Images hide caption 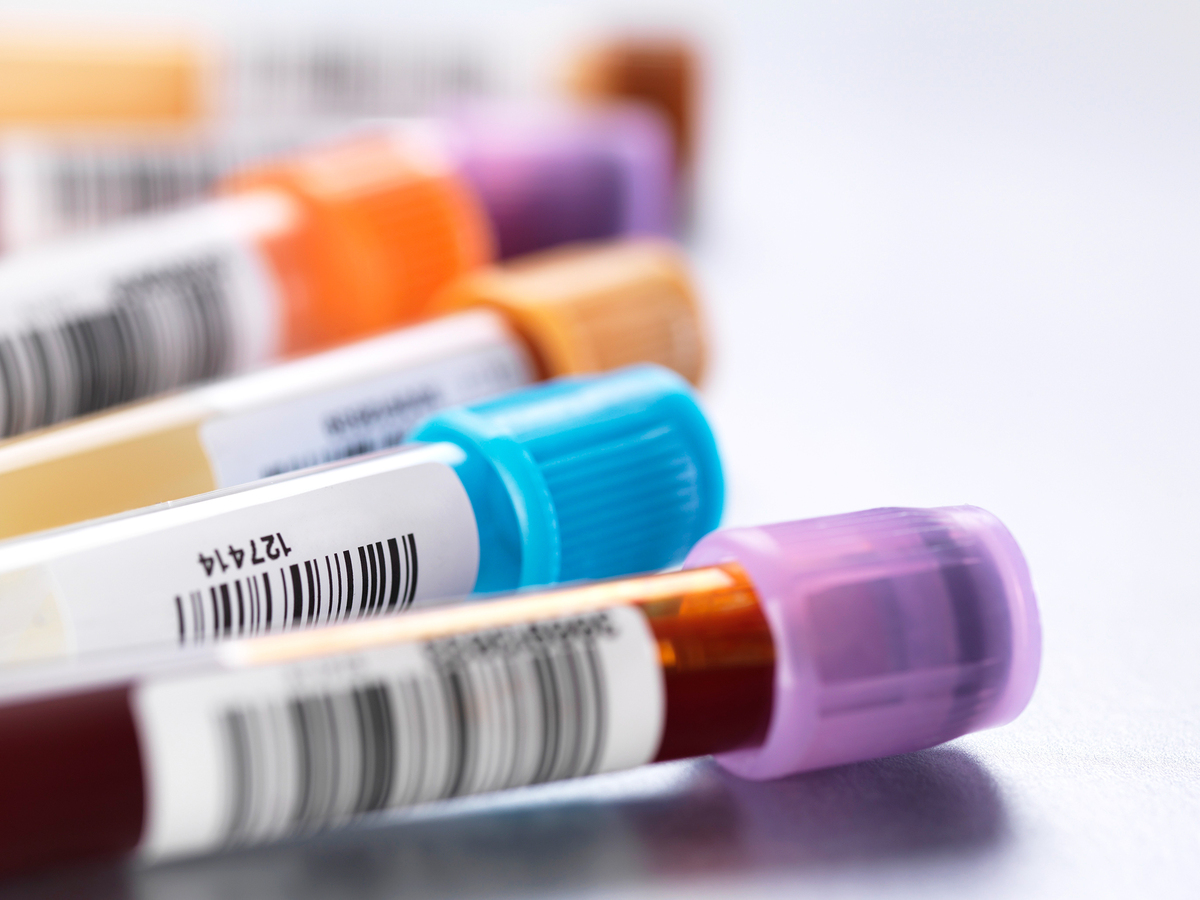 "I'm afraid there's a growing sense that the path to health is through testing," says Dr. H. Gilbert Welch, a Dartmouth Institute internist who has written books on the pitfalls of overdiagnosis. Encouraging the worried well to order their own blood tests feeds that mindset, he says.

One aspect of the downfall of Theranos is the blood-testing company's leveraging of the Do-It-Yourself ethos to promote its product. Theranos provides consumers with a menu of more than 200 low-cost diagnostic blood tests for an array of drugs, ailments, deficiencies and diseases.

It's legal to order blood tests without consulting a doctor in about two dozen states. But should you?

Theranos and some other medical labs say yes, while critics argue that's a recipe for disaster.

Here's Theranos' founder, Elizabeth Holmes, at TEDMED in 2014, lacing her stemwinder of a presentation with the ideals of patient self-empowerment.

"My own life's work in building Theranos is to redefine the paradigm of diagnosis away from one in which people have to present with a symptom in order to get access to information about their bodies," she said, "to one in which every person, no matter how much money they have or where they live, has access to actionable health information at the time it matters."

She also pitched the crowd an absurdity:

"(T)oday, I can go buy a deadly, exotic animal, a venomous viper, a military truck or armored vehicle. I can buy a tank ... but I can't order a blood-based pregnancy test, or an allergy test. Because that could be dangerous."

An inspection by the federal government last year found that deficiencies at Theranos' California lab could "pose immediate jeopardy to patient health and safety." The company is currently waiting for the Centers for Medicare & Medicaid Services to render a final decision on whether it will lose its license to operate its labs.

But, for now, Theranos still does tests at its wellness centers in dozens of Walgreens and other locations in Arizona, plus one in California.

Theranos isn't the only company marketing blood testing to the worried well. WellnessFX has a partnership with the longtime medical laboratory Quest Diagnostics; consumers in all but seven states can use the WellnessFX website to order their own "biomarker" tests online, along with more traditional tests of thyroid function, blood sugar or testosterone.

"A lot of the data that can be used to help understand what is best for the patient — historically, that's always been the clipboard that's been turned around facing the physician ... and never really been shown to the patient," said WellnessFX co-founder Brent Vaughan in a 2013 promotional video. "Because there's always been this belief that patients can't understand — or they don't want to understand — this information."

Last year, LabCorp, a behemoth in medical diagnostics, dipped a toe in the waters of DIY diagnostics by allowing Arizona consumers to order their own tests. LabCorp CEO David King said in an email that the company's market research shows a "significant percentage" of consumers are interested in initiating tests on their own. The company plans to expand the service into other states later this year.

"As consumers bear more of the cost of health care out of pocket, they should be, and are becoming, increasingly engaged in managing their health care," King said. "We absolutely support them in doing so."

Last April, when the state of Arizona enacted its law — pushed by Theranos — allowing consumers to order their own tests, the bill passed in the House 60-0 and the Senate 26-2. Sen. Steve Farley, a Democrat, was one of the "no" votes. He isn't surprised at Theranos' unraveling.

"Really, what we were being asked to do in that bill was to allow our constituents in Arizona to become beta testers, and use their own bodies as the tool of that beta testing," he said. (Theranos declined to comment.)

The debate over the wisdom of cutting doctors out of the diagnostic loop has been going on for years. Some academics have been vocal about their reservations. Dr. Norman Paradis, an emergency medicine physician and professor of medicine at Dartmouth who has consulted for diagnostic startups, calls the model of offering a wide assortment of tests — as Theranos does — a recipe for disaster.

"If you simply run medical tests in large numbers of people who don't have the signs and symptoms of a certain disease, then many of the results you get will be false positives," he explained.

And those patients could then wind up going farther down the rabbit hole of more invasive, potentially harmful tests and treatment.

Paradis said getting medical students and even medical residents to appropriately order tests is difficult enough. "So if it's difficult for them, it's even harder for the layperson."

Dr. H. Gilbert Welch, an internist at the Dartmouth Institute and author of several books on the problems of overdiagnosis, thinks getting your own blood tests is part of the larger negative trend — testing people who aren't really sick.

"I'm afraid there's a growing sense that the path to health is through testing," he said. "But you don't test yourself to health. Health is much more about how you move, what you eat and finding joy and purpose in life."

WellnessFX has taken concerns about false positives into account, said Dr. Murdoc Khalegi, an emergency medicine physician, and the company's medical director. He said the company works with physicians to make sure the tests it offers are not susceptible to inaccurate results.

"We work very hard to [offer tests] that are something a consumer can understand, like having elevated cholesterol or blood sugar," Khalegi said. "We encourage all of our results to be shared with physicians. But to restrict people from even having that information, which is the way it currently exists in some settings, would be unfortunate. People should be aware if they have certain health risks."

The Center for Democracy & Technology's Michelle De Mooy, who has researched the issues of privacy and transparency in health care, dismisses the argument that patients can't make knowledgeable decisions about when to get tested. She said the issue of false positives is "pretty reasonably addressed" with warnings.

Both she and Khalegi point to the high cost of health care as one reason to give patients more direct access to diagnostic tests. It's often cheaper for the patient, they say. Having a health insurance policy with a high deductible, or having a lack of access to transportation or child care are reasons people might choose to get tests in the most efficient, least time-consuming way possible.

"The economic disparity question is one that the health care establishment tends to gloss over," De Mooy said.

Amy, who lives in Santa Cruz, Calif., and asked us not to use her last name, to protect her medical privacy, explained why she was motivated to go online last year to order her own test for iron-deficiency anemia, though she was feeling healthy.

The U.S. Preventive Services Task Force makes no recommendation one way or the other regarding testing for iron-deficiency anemia among people who are asymptomatic. But Amy is vegan, and some of her friends persuaded her to seek out testing because cutting meat and dairy from your diet can increase the risk of iron-deficiency anemia.

And because of her health policy's high deductible and what she said were bad experiences with insurance companies, Amy didn't want to go through her health insurer.

Her iron level came back low, according to the test result. But rather than start taking an iron supplement, make changes to her diet or take other action on her own, she made an appointment with a doctor, where she mentioned she'd donated blood a week before the test. Amy hadn't known this would deplete her iron. And because her other numbers were fine, the doctor told her not to worry.

The whole experience — the blood draw notwithstanding — was painless and reassuring, Amy said.

"I liked being able to answer my own questions and to go to the site and pick which things I was curious about. I like being able to do it independently, since I don't have a regular general practitioner I go to."

In some ways Amy fits the profile that both advocates and opponents of self-testing point to: She had no symptoms of anemia and got a test that wound up being unnecessary. But she also felt she had a psychological need to know, and a financial need to pursue the answer cheaply.

Murdoc, of WellnessFX, said that while he defers to official guidelines on medical testing, Amy probably did the right thing in checking for anemia.

"It's a very cheap blood test," he said.

This story was produced by KQED's daily health and technology blog, Future of You. The blog's host and editor is Jon Brooks.

The original version of this story referred to a recommendation by the U.S. Preventive Services Task Force that pregnant women and some young children be routinely screened for iron-deficiency anemia. However, that is not the most recent USPSTF finding. We have updated the article based on the task force's September 2015 report, which determined that there's not enough evidence to recommend routine screening in those groups.