Accessibility links
States Try To Take The Taboo Out Of Menstruation : Shots - Health News If 2015 was the year of the period, 2016 may be the year when women have to pay less for sanitary supplies, or even get them for free. Some state, local and federal legislators are pushing for change. 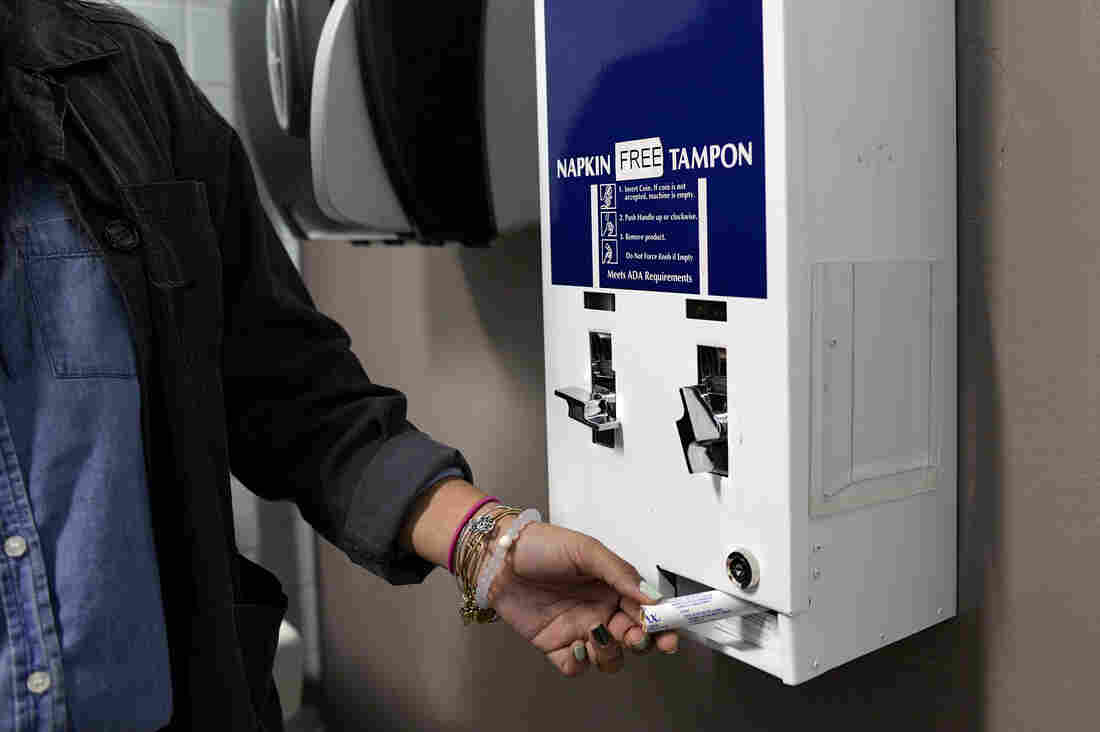 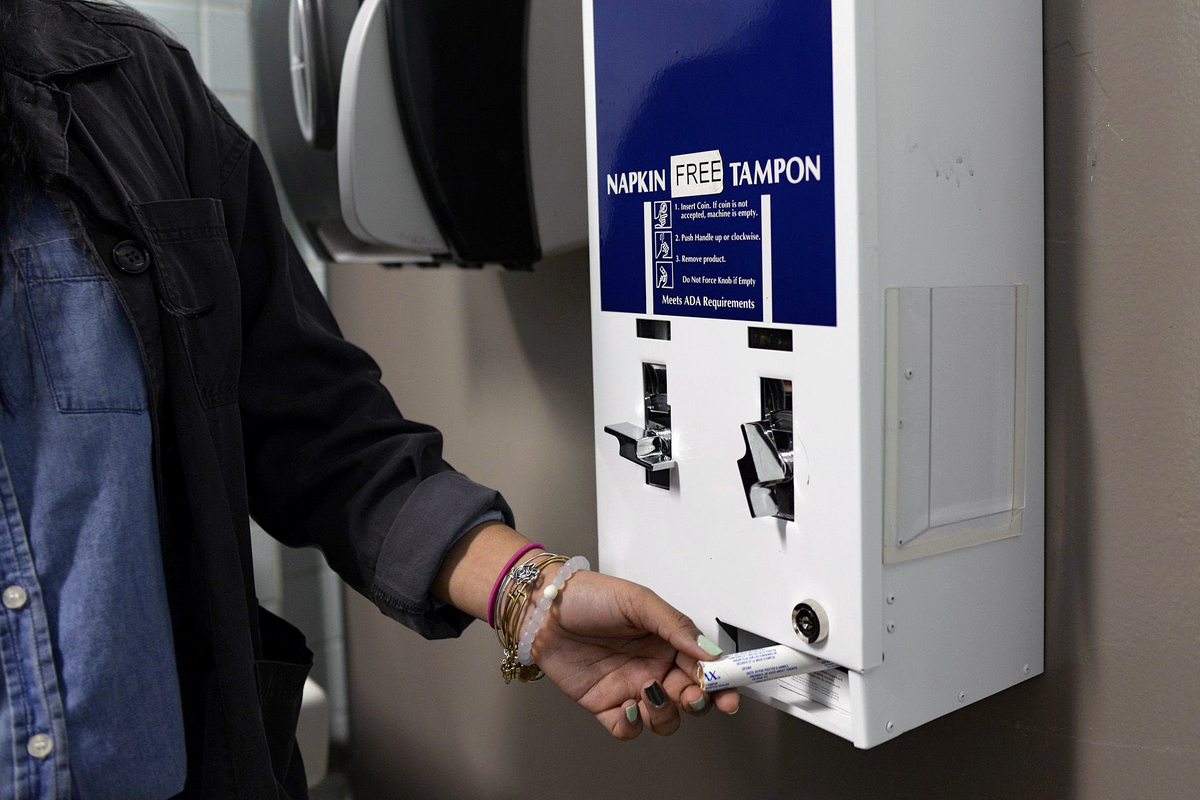 Feminine products are having a moment. With some calling for a red wave to take the taboo out of menstruation, politicians across the country are trying to make tampons and sanitary pads as affordable and accessible as possible.

Five states have eliminated sales taxes on pads and tampons: New Jersey, Pennsylvania, Massachusetts, Maryland and Minnesota. In New York, a bill awaits the governor's signature, and other efforts to improve access to sanitary products are underway.

The bill would reclassify pads and tampons so they're exempt from the 4 percent state sales tax, like many other items on pharmacy shelves, including bandages, swabs and contraceptives. The bill passed both houses of the legislature, and Gov. Andrew Cuomo's media representative has spoken positively about it.

In New York City, a bill would provide free sanitary supplies in schools, homeless shelters and prisons. Council speaker Melissa Mark-Viverito backs the bill, and the mayor has expressed support for the cause.

New York lawmakers in Congress are working on the issue, too. Rep. Grace Meng, D-Queens, has introduced the Fund Essential Menstrual Products Act of 2015 (also known as the FEM Products Act). It would make feminine hygiene products eligible for purchase with pretax Flexible Spending Accounts. And Rep. Carolyn Maloney, D-Manhattan, has asked the National Institutes of Health to research the safety of certain fibers and chemicals used in the products.

As is so often the case, politics is catching up with pop culture. Although menstruation management has long been a favorite topic among comedians including Tina Fey and Key & Peele, tampon advertisements now mock the euphemistic ads of yore, and period starter kits are being marketed with cheeky YouTube videos.

That may help make it easier for proponents of the legislation to push ahead. "Everyone's talking about this inequity," says New York Assembly Member Linda Rosenthal, who introduced the state tax exemption bill.

At the High School for Arts and Business in Queens, a simple machine may be a game-changer. It has dispensed free tampons and pads since September.

"It keeps me from missing class, in case I need one," says sophomore Emily Torres. "I don't have to worry about accidents. It's always there if I need it."

The school is one of 25 around the city piloting the dispensers this school year. Previously, students had to get tampons or pads from the school nurse.

"You go to the nurse's office when you're sick," says City Council Member Julissa Ferreras-Copeland, has advocated for free menstrual supplies in all schools. "These girls aren't sick. Getting your period just says that you're healthy."

Principal Ana Zambrano-Burakov thinks making it easier for girls to get these products has improved class attendance.

"I have heard sometimes girls stay home because they don't have the money to buy what they need, and that's no longer the case," she says. "I just want girls to stay in school and do well, and we're going to support them no matter what."

Rosenthal isn't sure exactly where the momentum is coming from. When she introduced her bill last year it got nowhere. Even this year, despite the unanimous support, she said the legislative discussion was awkward for some.

"I used the words 'period' and 'blood' and they were shifting in their chairs," she says. "Some couldn't look at me because I was saying these words."

As High School for Arts and Business student Ashley Celik might put it: that's on them.

"Sometimes when guys overhear us, they're like, 'Omigod! Gross! Keep it to yourself!" she said. "Of course we're going to talk about it. It's something normal. You shouldn't be telling us we shouldn't be talking about it because it's awkward for you."

This story is part of a reporting partnership with NPR, WNYC and Kaiser Health News.