Accessibility links
Having A Purpose In Life Can Make Life Longer And Healthier : Shots - Health News People who have positive images of aging and have a purpose in life live years longer than those who are negative, studies find. They also have less risk of stroke and Alzheimer's disease. 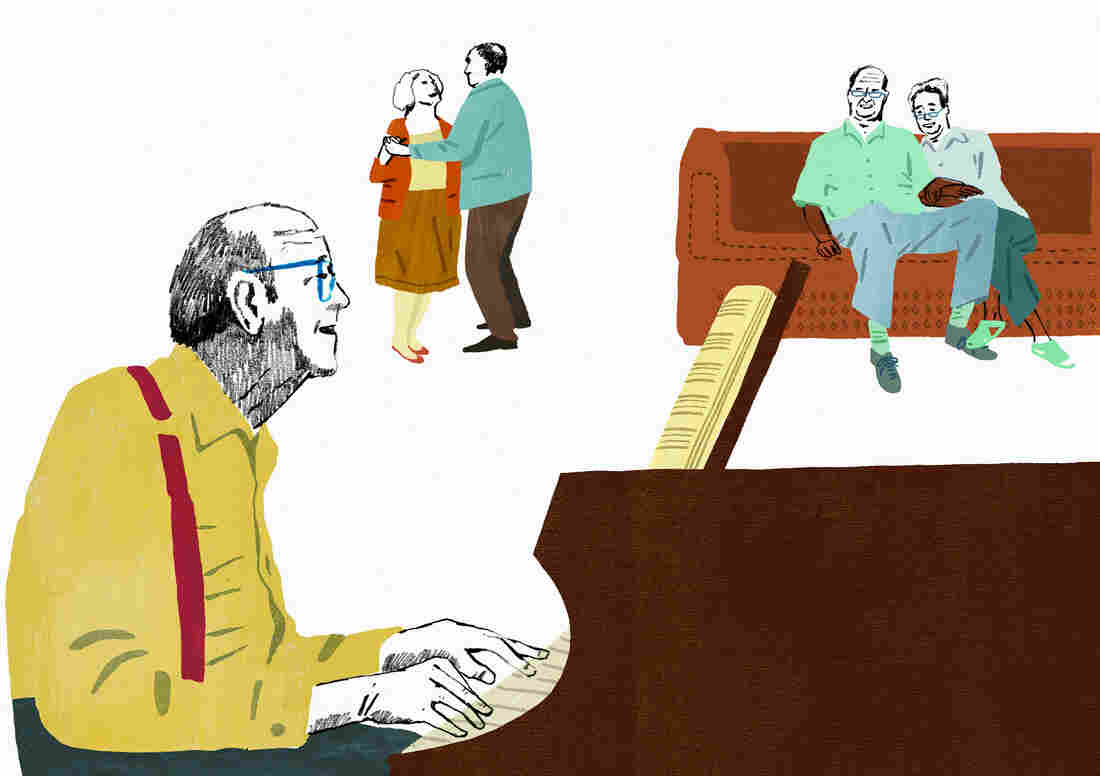 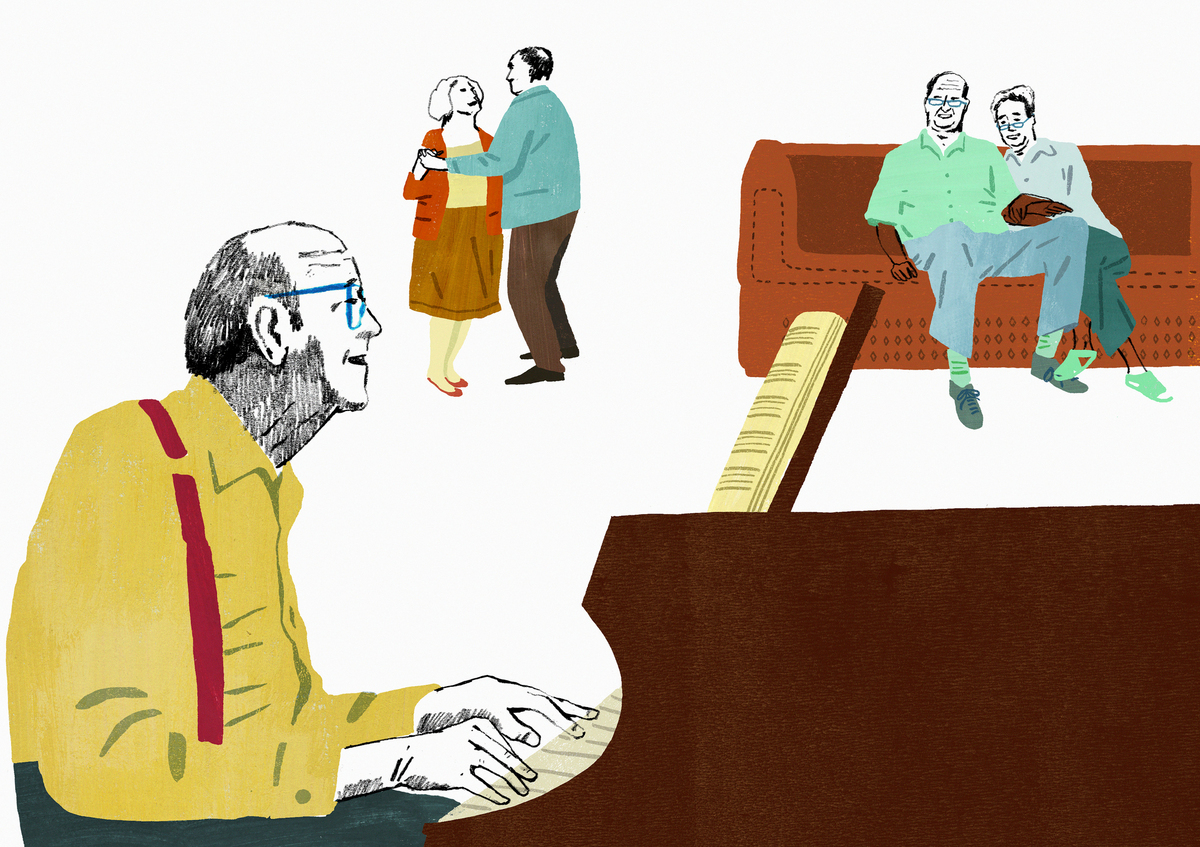 The dictionary defines ageism as the "tendency to regard older persons as debilitated, unworthy of attention, or unsuitable for employment." But research indicates that ageism may not just be ill-informed or hurtful. It may also be a matter of life and death.

Not that it's literally killing people. Researcher Becca Levy, a professor of epidemiology and psychology at the Yale School of Public Health, says it depends on how much a given individual takes those negative ideas to heart.

In one study, Levy looked at people's attitudes about aging when they were in late middle age and then followed them over time. Some of these people thought of older people as weak or dependent. Others thought of them as experienced or wise. What she found was that the people who had a positive view of aging lived about 7 and half years longer than the people who saw aging in a negative light.

Now that doesn't mean that if you think positive thoughts about aging, it's OK to sit on the couch in front of the TV and eat a pound of bacon.

But according to Levy's other studies, this mind/body connection counts for a lot. For example, one showed that middle-aged people who had no cognitive impairment but did have negative views of aging were more likely to later develop the brain changes associated with Alzheimer's disease. And the more negative their views, the worse those brain changes were. On the other hand, another study found that people with positive views of older adults were much more likely to recover from major health setbacks.

A living, breathing example of how an older person can thrive if they're not weighed down by negative stereotypes is 95-year-old Jim Shute of Medford, Ore. (He's the father of SHOTS editor Nancy Shute, who's written about him here.)

His typical day? Up at 6:30 or 7, go out to get The Wall Street Journal or the local paper, read the papers over breakfast, check his rose beds and the irrigation system in the garden, trim the bushes. He also likes to fish, plays bridge once a week, hikes nearly every day, refinishes furniture and hunts for morel mushrooms in season. 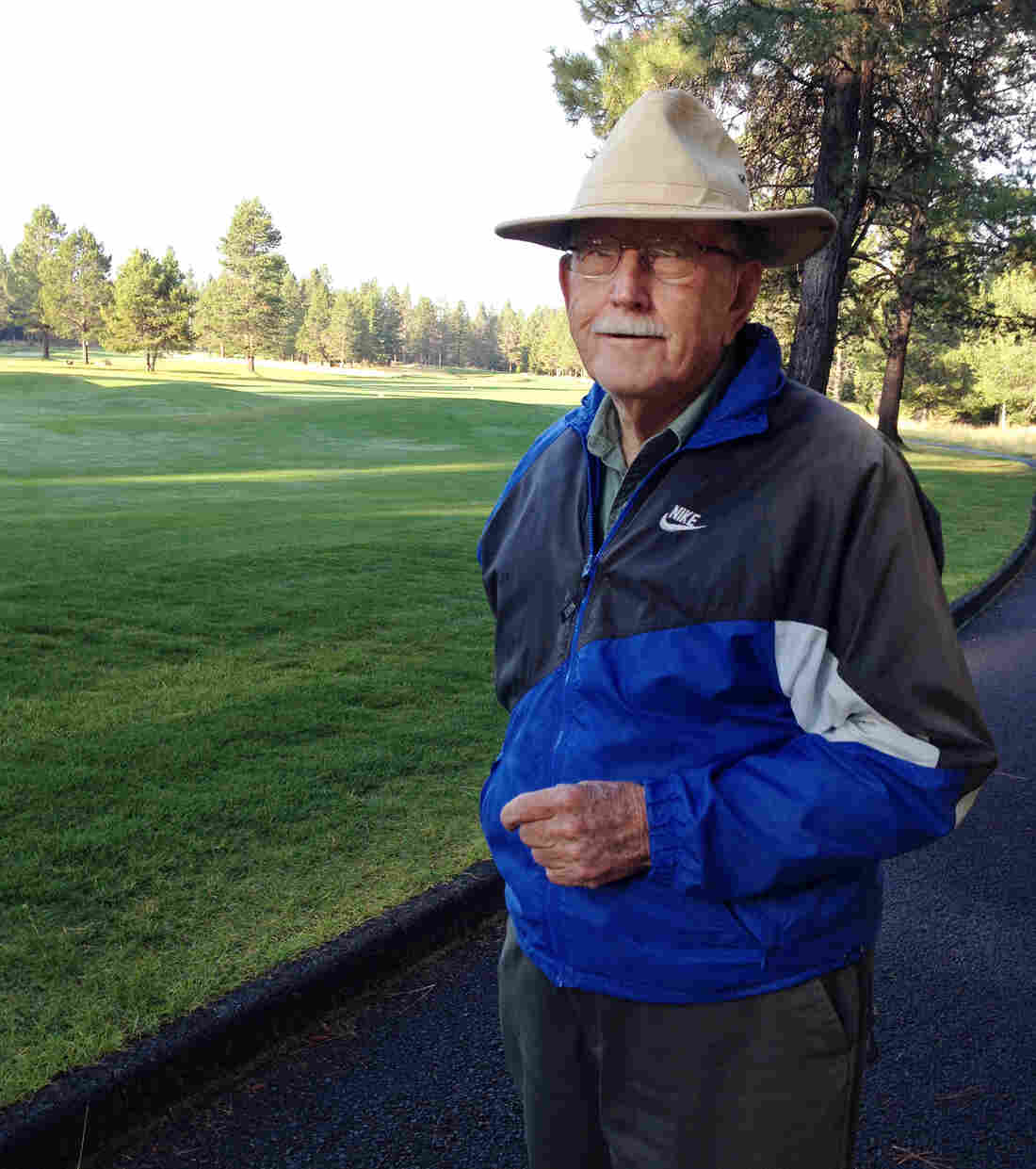 Jim Shute at age 94, out for his morning walk. Nancy Shute/NPR hide caption 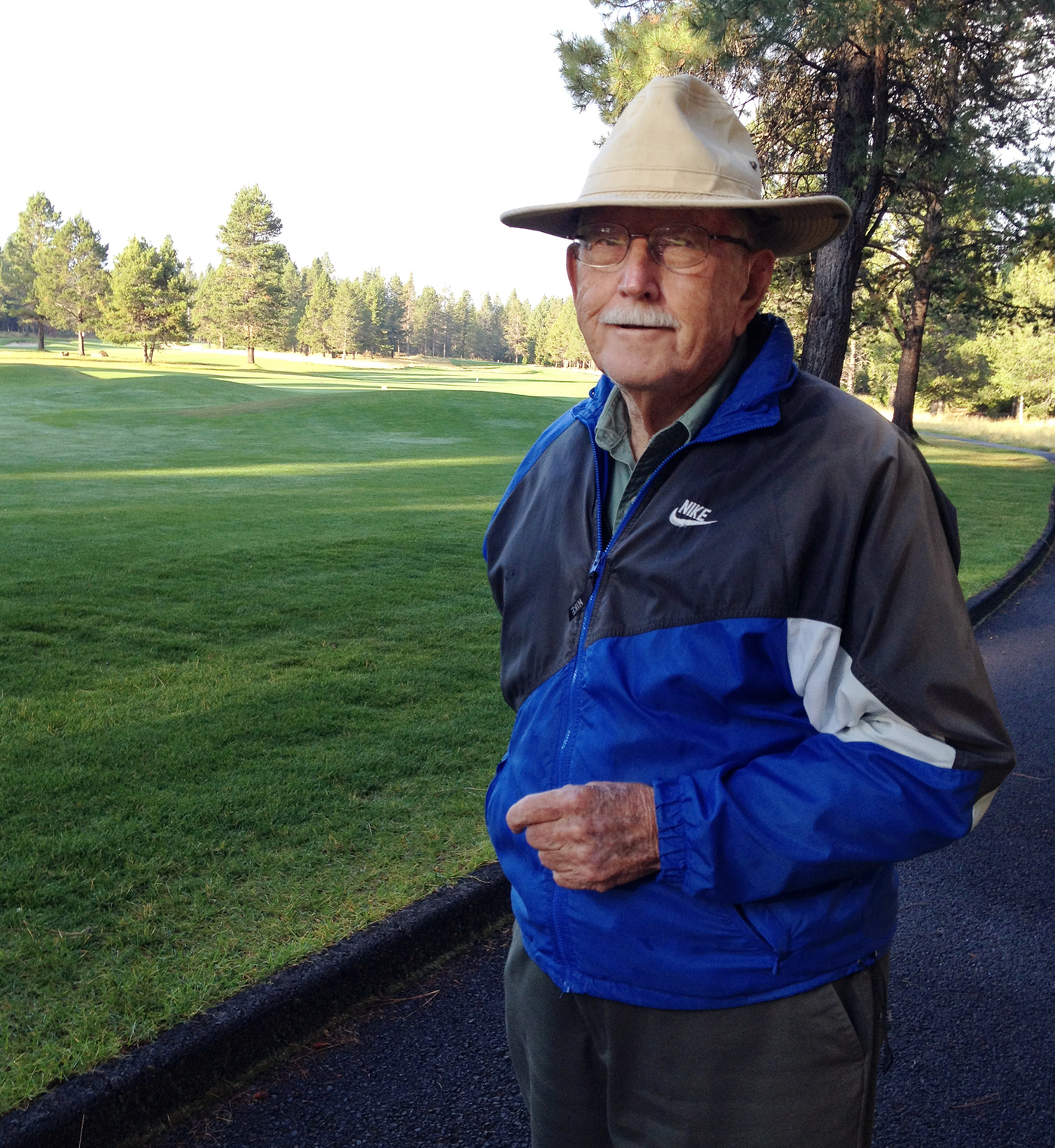 Jim Shute at age 94, out for his morning walk.

Maybe it's not necessary to do all of those things, but having something that gives one's life a sense of purpose can pay amazing health dividends, according to researcher Patricia Boyle, a neuropsychologist and behavioral scientist at Rush Alzheimer's Disease Center in Chicago.

Purpose, says Boyle, doesn't have to be something complicated and lofty, just something that's goal oriented and gives you a sense of accomplishment.

"People who have the sense that their life is meaningful are much less likely to suffer early mortality, they're less like to develop disability, that is, trouble taking care of themselves," says Boyle.

What's more, "they're less likely to suffer strokes. They're also substantially less likely to develop Alzheimer's disease, and they have much less cognitive decline."

Boyle says having a purpose in life is a robust predictor of how well someone will live and thrive as they age.

It's not something a doctor can prescribe as easily as a change in diet. But whether it's doctor's orders or society at large, attitudes do change. And Levy's and Boyles' research suggests that if people don't assume that they'll be useless when they're older, the payoff could be huge.