Accessibility links
From Medical Maggots To Stench Soup, 'Grunt' Explores The Science Of Warfare : Shots - Health News When it comes to curiosity, science writer Mary Roach describes herself as someone who is "very out there." Her new book, Grunt, looks at some scientific developments that help keep soldiers safe. 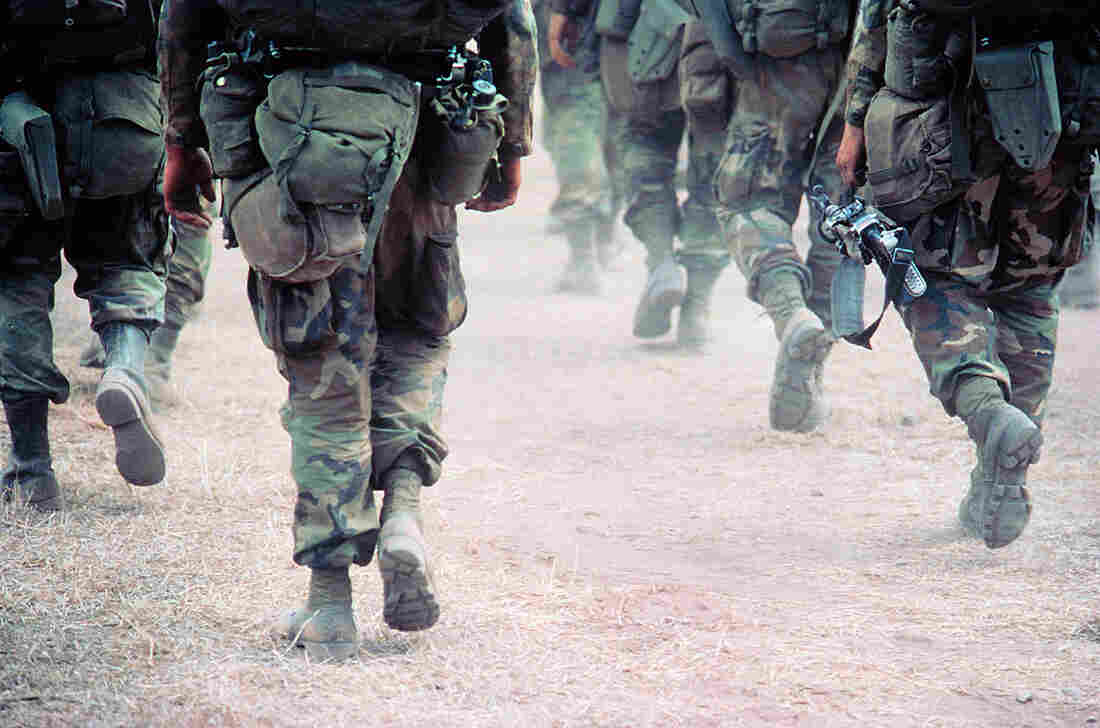 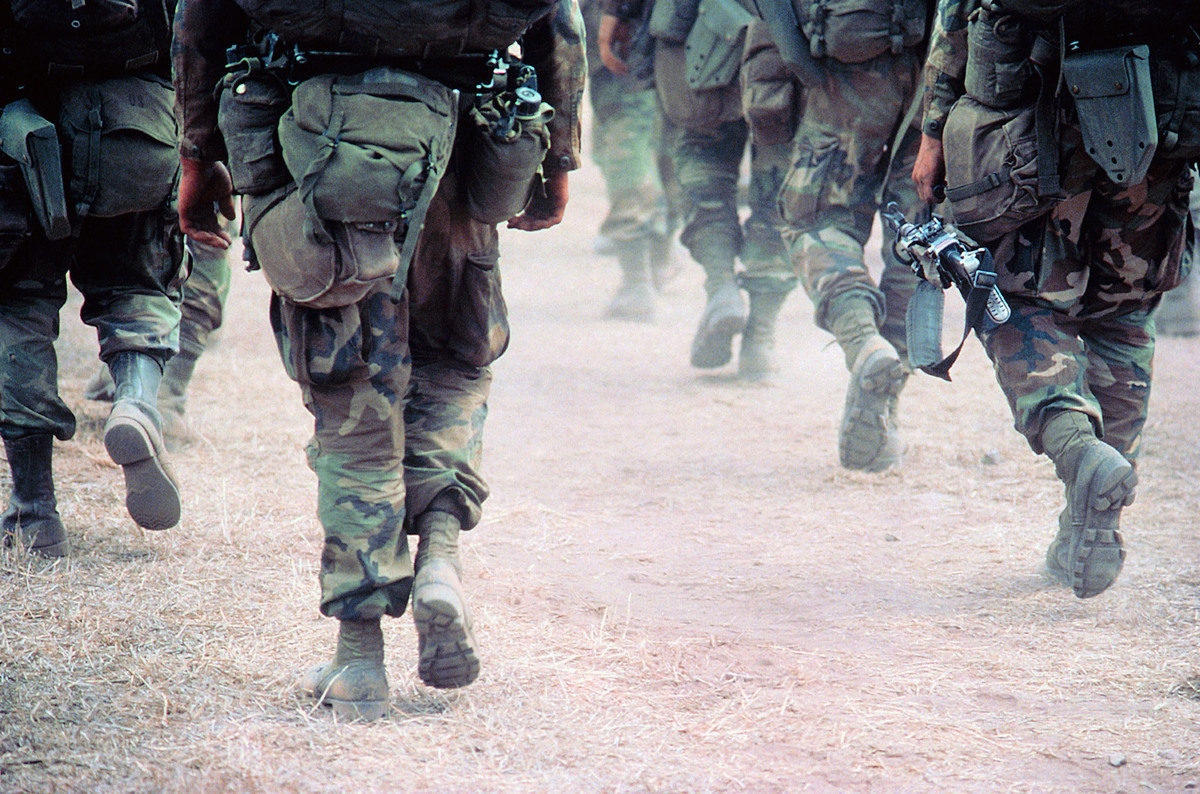 Science writer Mary Roach is not easily repulsed. While researching her latest book, Grunt, Roach learned all about the medicinal use of maggots in World War I. She also purposely sniffed a putrid scent known as "Who me?" that was developed as an experimental weapon during World War II.

For Roach, it's all in the name of research. "I'm kind of the bottom-feeder of science writing," Roach jokes to Fresh Air's Terry Gross. "I'm just someone who is OK with being very out there with my curiosity."

Roach's curiosity compelled her in previous books to dive deep into the science of cadavers, sex and digestion. Now, in Grunt, she examines the science of warfare — specifically some of the scientific developments that help prevent wounds from becoming infected, and improve the chances that soldiers will endure the heat of the desert and survive explosions.

On combating the problem of diarrhea in the military

It's particularly serious among special operations service members — Army Rangers, Navy SEALs, people who are operating off the main bases in quite remote rural areas in villages where there isn't a safe water supply. They may be eating food that's been contaminated by flies, not refrigerated, so they're getting diarrhea at a rate that's twice what the average enlisted person is getting. 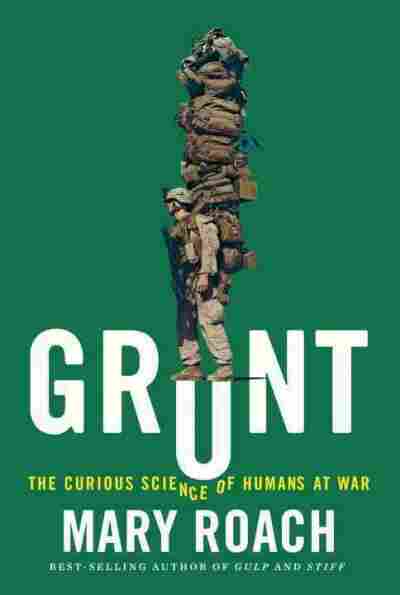 The Curious Science of Humans at War

And the average enlisted person — there was a study done, I think it was 2003 to [2004] and they asked people, "How often did you come down with diarrhea, and what kind?" Seventy-some percent had diarrhea — 40 percent bad enough that they sought medical treatment, and 32 percent were in a situation where they couldn't get to a toilet in time.

You could imagine if you were a special operations team, like three or four people going to do some highly classified critical mission where you can't really stop and say, "Hold on, I got to go behind that rock." ...

The researcher that I accompanied at Camp Lemonnier [in Djibouti] is Capt. Mark Riddle, who is with the Navy, and he's looking at a better treatment regimen for traveler's diarrhea, which can really put you out of commission for a while. He's looking at a one-dose regimen, rather than three or four days; it was something that you could take, and within the day start to be feeling better and be over it.

On maggots used to clean and heal wounds during WWI

This was a battlefield in World War I, and there was a medical man, William Baer, with the French expeditionary forces, and he noticed that a couple of his patients had come in with these wounds on the legs and on the genitals. They had been out in the field for seven days. They'd been lying there, they were brought in, and the wounds were infested with maggots. ...

Initially there was that revulsion of, "Oh my God we've got to clean them out." And they did clean them out, and then what he saw was this beautiful pink, new, fresh tissue that had grown in.

The maggots had been impressively effective at debriding the wound — that is, eating the dead tissue — which is important in wound healing. You want to let the fresh tissue have a chance to grow. The dead tissue doesn't get blood; it doesn't heal. It stands in the way of healing.

The maggots also seemed to prevent infection ... so it was this kind of miraculous feat that the maggots had achieved. And William Baer some years later, back in civilian life, he kept thinking about this and he thought, "I'm going to try this." There were some children with bone infections — it was TB infection of the bone — and he tried the maggots, and it worked.

You can imagine that was a fairly brave thing to do, to place maggots in these children's wounds. But they were wounds that had not responded to other treatment or surgery, and it actually worked. There's work going on still today with maggot therapy, as it's called. Actually, the FDA has approved maggots as a medical device. ... I can actually tell you the Medicare reimbursement number for maggots.

On the problem of using maggots in modern hospitals

Not only is there a revulsion factor that you have to overcome with the staff — the nurses are going to have to go in — you're going to have to clean the maggots out after a couple of days. You don't want them to pupate, become flies, because you think, flies flying around a hospital is the last thing you would ever want, because a fly can spread disease from landing on material in the bathroom and then landing on a wound. It's the last thing you'd want in a hospital, so you have to be careful using maggots. ...

They're not any old maggots. They're a particular kind of bottle fly. They're from a company called Medical Maggots. They come with a dosage card — it's something like five to eight maggots per such-and-such square centimeters. ... They come in a vial, kind of like drugs. You don't want to just sort of attract any kind of fly to come and lay eggs in a wound. That would be a little dicey. ... You need a prescription, though!

On the usage of stink bombs during WWII

I use the term "stink bomb" sort of casually ... this was more specifically a ... squirtable spray, or a smearable paste. The idea was to get this very simple, cheap weapon into the hands of resistance organizations. People in occupied countries — France, China — give it to them, and they would surreptitiously approach officers, German or Japanese officers, and squirt this little 2-inch tube of this very heavily researched and tested, very foul-smelling odor, which was nicknamed "Who Me?" as in "Who dealt it." So it was a kind of surreal and bizarre chapter in the history of World War II. ...

The thought was to give motivated citizens things that they could easily and cheaply use to undermine morale, to isolate, humiliate these officers. It's a very small gesture; it wasn't going to turn the tide of war. And in fact, "Who Me?" — this smell paste — was never deployed. The project went on for two years. And a lot of testing went on, because of a tremendous amount of difficulty with the delivery system. The tubes tended to leak and dribble, and then the operator, himself or herself, would have this stench on their hand. ... It was a bit of a fiasco.

There's still work that goes on. Monell Chemical Senses Center in Philadelphia has done work over the years on malodorants. They created one called "Stench Soup." ...The Joint Non-Lethal Weapons Directorate, back in the '90s, commissioned them to come up with a universally loathed scent, because there are some cultural differences. They actually looked into different cultural reactions to the scent of vomit, of burned hair, of dirty feet, all of these different odors to see, "Can we find one that is universally loathed?" And then we could use that in any military setting, in any country, in any culture. It's very hard to do. If you don't know what you are smelling — for example, butyric acid, depending on the context, may smell like smelly feet or it may smell like Parmesan cheese, just completely depends on the context, whether you think it smells good or bad. ...

I actually have, in a box in my closet, a sample of "stench soup." It's in a bottle that is double bagged and sealed with paraffin and packed in a box and I haven't had the courage to open up, because the last time I opened up something that came from the Monell Chemical Senses Center, which was an old archival sample of "Who Me?" and I opened it up out on the deck, it was quite some time before anybody could go out on the deck. I actually gagged. As you can imagine, I'm not easily repulsed or ... disgusted.